BMW Motorsport comes up empty handed at 24 hrs of Nurburgring 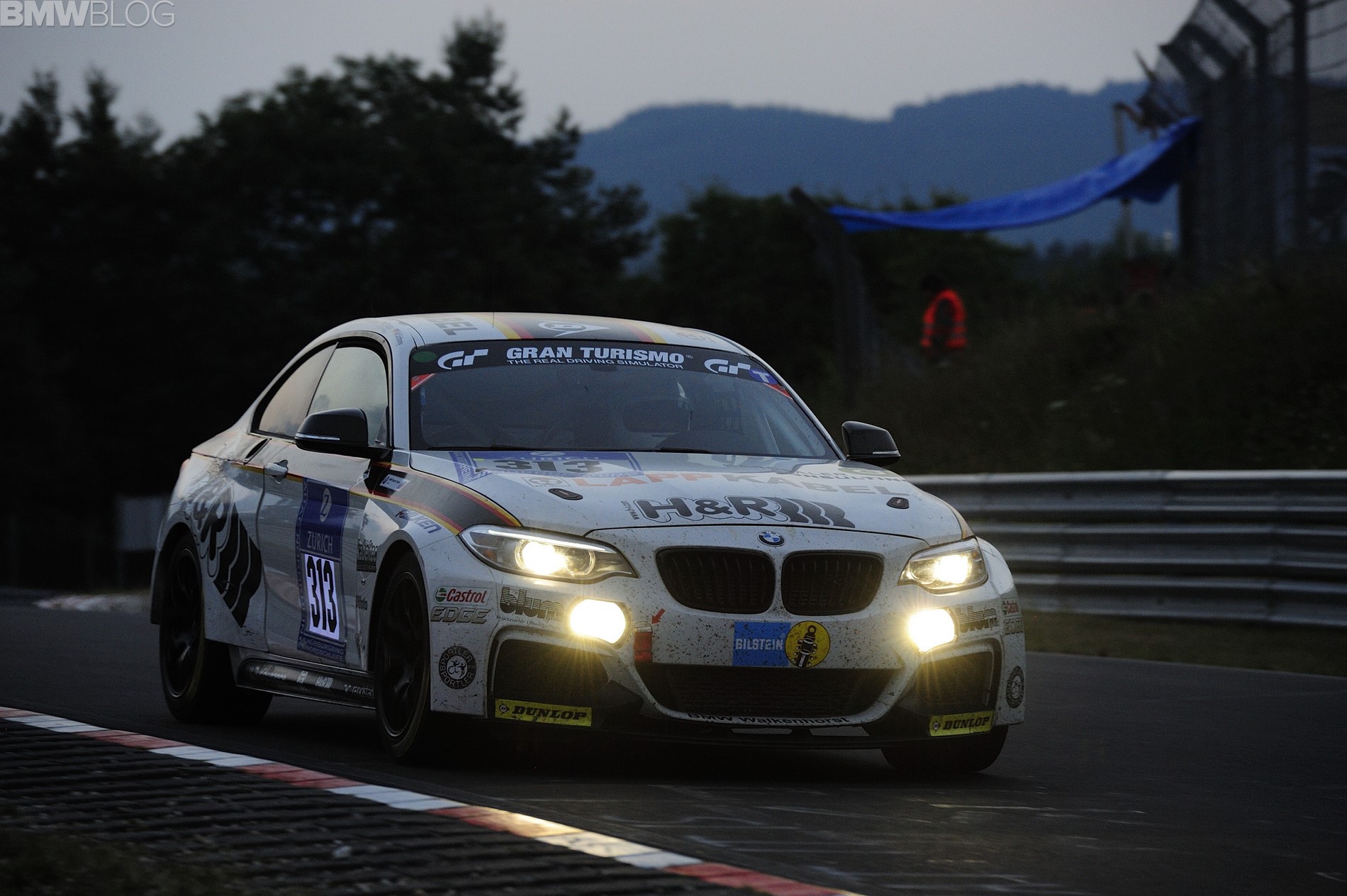 There was to be no happy ending for the BMW Sports Trophy teams at this year’s Nürburgring 24 Hours (DE). Despite strong performances and leading at times, the podium eluded BMW as the endurance classic was held for the 42nd time in front of a total of 205,000 spectators. BMW Sports Trophy Team Schubert, with the number 20 BMW Z4 GT3, was embroiled in a fascinating three-way battle at the head of the field with an Audi and a Mercedes until two hours from the end of the race. However, Claudia Hürtgen (DE), Dominik Baumann (AT), Jens Klingmann (DE) and BMW DTM driver Martin Tomczyk (DE) then dropped back through the field due to a bent tie rod, which had to be replaced during a lengthy pit stop for repairs. After 157 laps, they eventually came home in sixth. Ferdinand Stuck (DE), Max Sandritter (DE), Christopher Brück (DE) and Dennis Rostek (DE) finished an outstanding eighth overall in the number 28 BMW Z4 GT3 for the Walkenhorst Motorsport team. 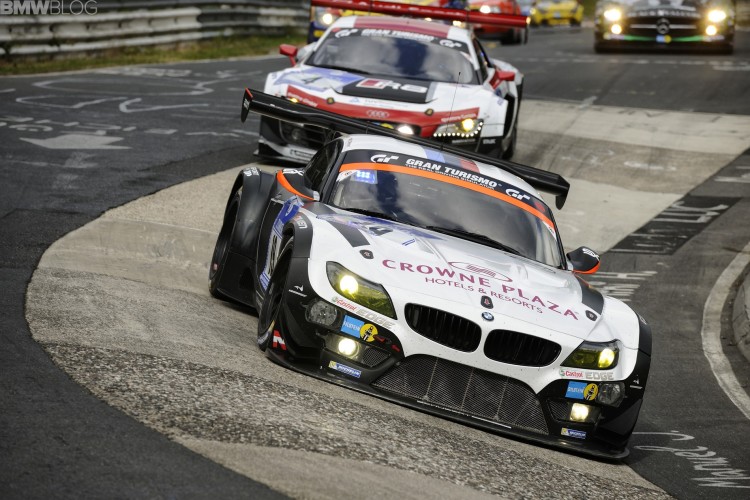 The race came to a premature end for the remaining BMW Z4 GT3s fielded by BMW Sports Trophy teams Schubert and Marc VDS. The number 19 car of BMW Sports Trophy Team Schubert retired as a result of damaged suspension just four hours into the race. BMW Sports Trophy Team Marc VDS’ two BMW Z4 GT3s were forced out of the race during the night, having crashed while running in promising positions. Both BMW DTM driver Marco Wittmann (DE) and Bas Leinders (BE) were involved in collisions. Their cars were too badly damaged to be able to continue the race.

“That was once again a dramatic 24-hour race here on the Nürburgring-Nordschleife – with a disappointing outcome for us,” said BMW Motorsport Director Jens Marquardt. “Despite a number of set-backs, we were at least right up there among the leaders until shortly before the finish with the number 20 car. BMW Sports Trophy Team Schubert and drivers Claudia Hürtgen, Jens Klingmann, Dominik Baumann and Martin Tomczyk ultimately went unrewarded for their commitment. They had to abandon any hope of a podium following a pit stop for repairs two hours before the end of the race, and eventually came home in sixth place. Prior to this, the other BMW Z4 GT3 of our BMW Sports Trophy teams had been involved in crashes and had to retire. That shows how ruthless this race has been again this year. Because of this, we are all the more delighted that the Walkenhorst Motorsport team managed to claim a top-ten finish, bringing its number 28 BMW Z4 GT3 home in eighth place. Furthermore, the BMW M235i Racing was a valuable addition to the field on its 24-hour debut, and provided plenty of action in the Cup2 class. The race was eventful, very tiring and unpredictable. Unfortunately this time we did not have the luck you need on the toughest circuit in the world. Congratulations to the victorious Phoenix team.” 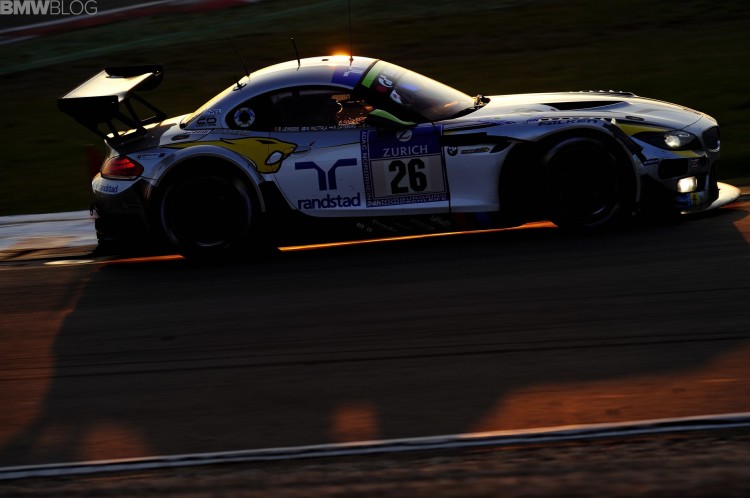 First place in the hard-fought BMW M235i Racing Cup class, and 29th overall, went to Daniel Zils (DE), Norbert Fischer (DE), Uwe Ebertz (DE) and Timo Schupp (DE) from the Adrenalin Motorsport team. The quartet also won the interim classifications after six, 12 and 18 hours, picking up plenty of points for the overall classification in the process.

The BMW M235i Racing fielded by BMW Motorsport and featuring a special livery, driven by journalists Marcus Schurig (DE) and Jethro Bovingdon (GB), former MotoGP rider Alex Hofmann (DE) and BMW Motorsport Junior Alexander Mies (DE), made it through its 24-hour debut without any technical issues to finish a creditable 53rd overall. The car was involved in an incident in the Flugplatz section of the circuit on Saturday evening, as a consequence of which a marshal injured his leg leaping over the crash barrier and was taken to hospital. “I am very sorry about this incident,” said Mies, who was at the wheel at the time. “I did not see the yellow flag and so did not slow down sufficiently. That was my mistake, and I apologise. I wish the marshal all the best for a speedy recovery.”

The BMW Z4 GT3s fielded by the BMW Sports Trophy teams were equipped with BMW laser light technology for the Nürburgring 24 Hours. The first race outing for this innovative technology at the qualifying race for the Eifel marathon in April was a world first.

Claudia Hürtgen (BMW Sports Trophy Team Schubert, 6th):
“You are obviously very disappointed after a race like that. We wanted to win – and we really gave it our all. However, it just wasn’t meant to be. I feel incredibly sorry for the entire team, which once again did a sensational job. The cars were superbly prepared, but you also need that little bit of luck in the race – and we just didn’t have that.”

Dominik Baumann (BMW Sports Trophy Team Schubert, 6th):
“The closing phase was exciting. I tried to get everything out of the car. Our car was good to drive, although we had just replaced the tie rod. It was also getting quite warm for the tyres. However, I discussed it with the team and we decided I should go on the attack again and try to gain the odd position. It was a nice stint, but I am glad to be at the finish and that it is over. It was a tough race and, unfortunately, there were a few incidents that cost us a top result. As far as speed and durability are concerned, we could have won the race.”

Jens Klingmann (BMW Sports Trophy Team Schubert, 6th):
“I think we deserved to be on the podium. We were able to put the winning Audi under pressure for a long time. On the one hand I am satisfied, as our package was definitely right here and could have produced a top result. On the other hand, you are naturally disappointed. Once you have led the race, you want to go on and win it. It was a 24-hour sprint with plenty of action – and the BMW laser light technology definitely proved advantageous in the night.”

Martin Tomczyk (BMW Sports Trophy Team Schubert, #20, 6th):
“This Nürburgring 24 Hours once again showed just what can happen. Unfortunately misfortune struck for the last of the four BMW Z4 GT3s towards the end of the race. That was a huge shame, as we were actually well placed to challenge for first or second place. In the end we had to settle for sixth. We came here to win. That was the goal. Anything else is a disappointment.”

Max Sandritter (Team Walkenhorst, #28, 8th):
“We wanted to finish in the top ten – and we did precisely that, coming home eighth. We never expected to be the second best BMW. The BMW Z4 GT3 ran without any issues, and the team did an outstanding job. It was my first 24-hour race in a GT3 car, and I made it through to the finish at the first attempt – awesome.”

Alex Hofmann (BMW M235i Racing, #235, 53rd):
“That race was just hugely enjoyable. It was an honour for me to drive both the start and the final stint. At first it was a bit wild out on the track, but then it all calmed down a bit and we found a good rhythm. I learned a lot and hope that we were able to convey the fascination of this race from the cockpit to the TV viewers. I would like to thank the entire team for the flawless job they did all weekend, and obviously BMW Motorsport for giving me this opportunity.”

Matthias Unger (Team Principal, Adrenalin Motorsport, BMW M235i Racing, #308, 1st in Cup2 class):
“We achieved what we set out to achieve. We went into the race with a certain tactic – and we stuck with it. It proved to be successful. As Team Principal, I also drive myself, so I know what the 24-hour race here is all about. We had superb drivers, who all drove with their heads and intelligently, and who stuck to what we discussed in advance. On top of that, we had a super team and an excellently prepared car. The BMW M235i Racing was perfect. It could not have run more smoothly.” 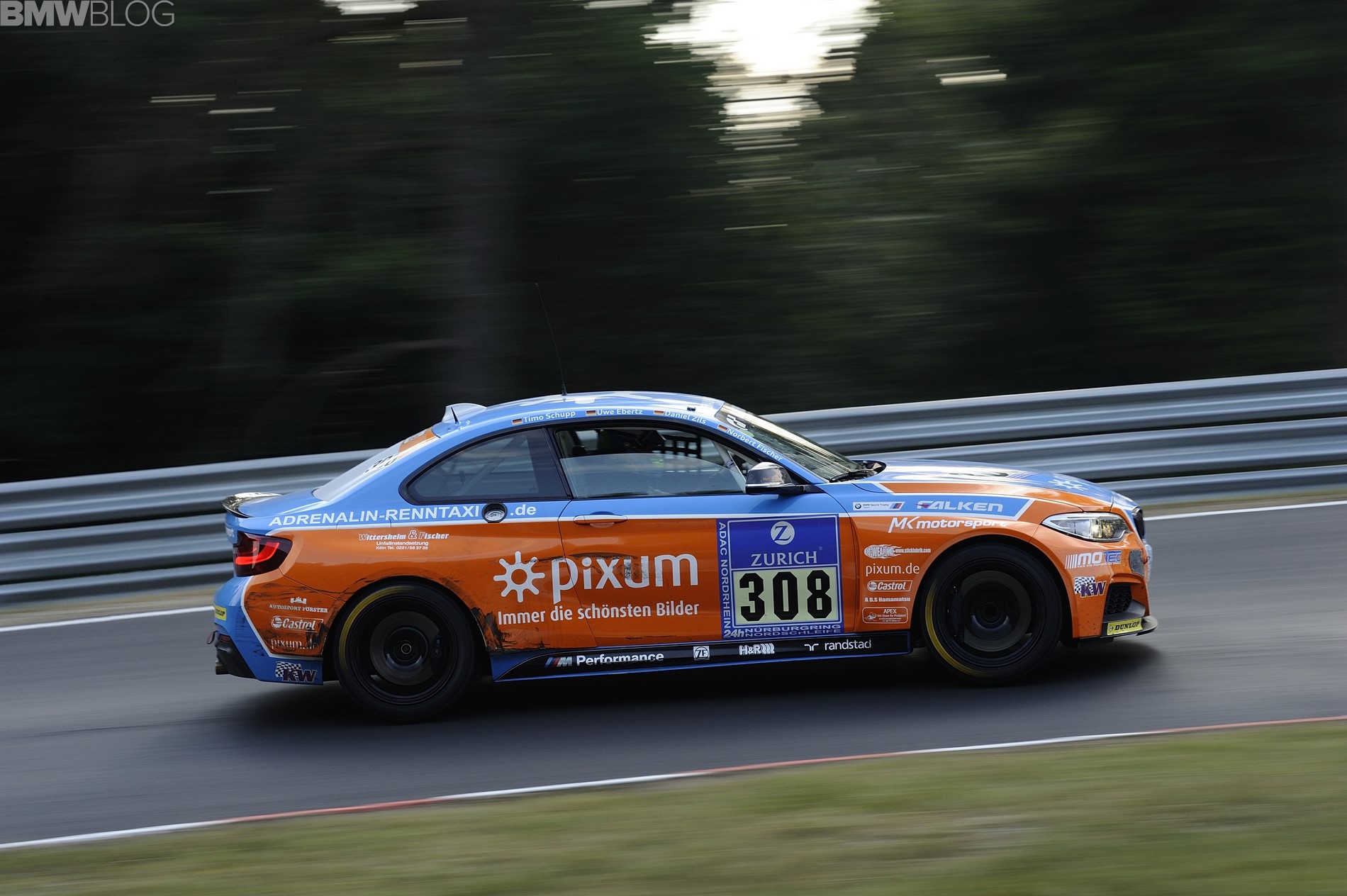 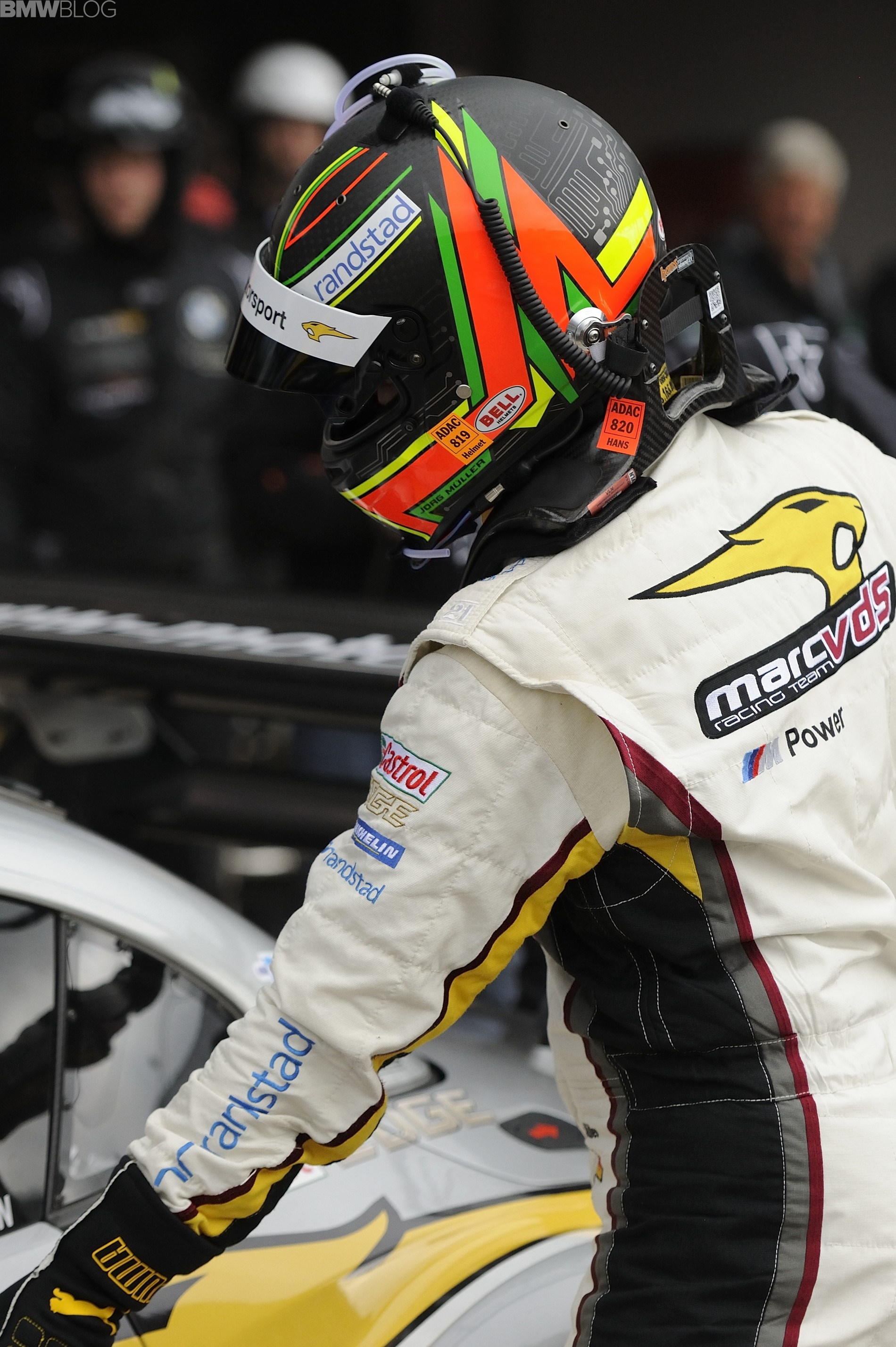 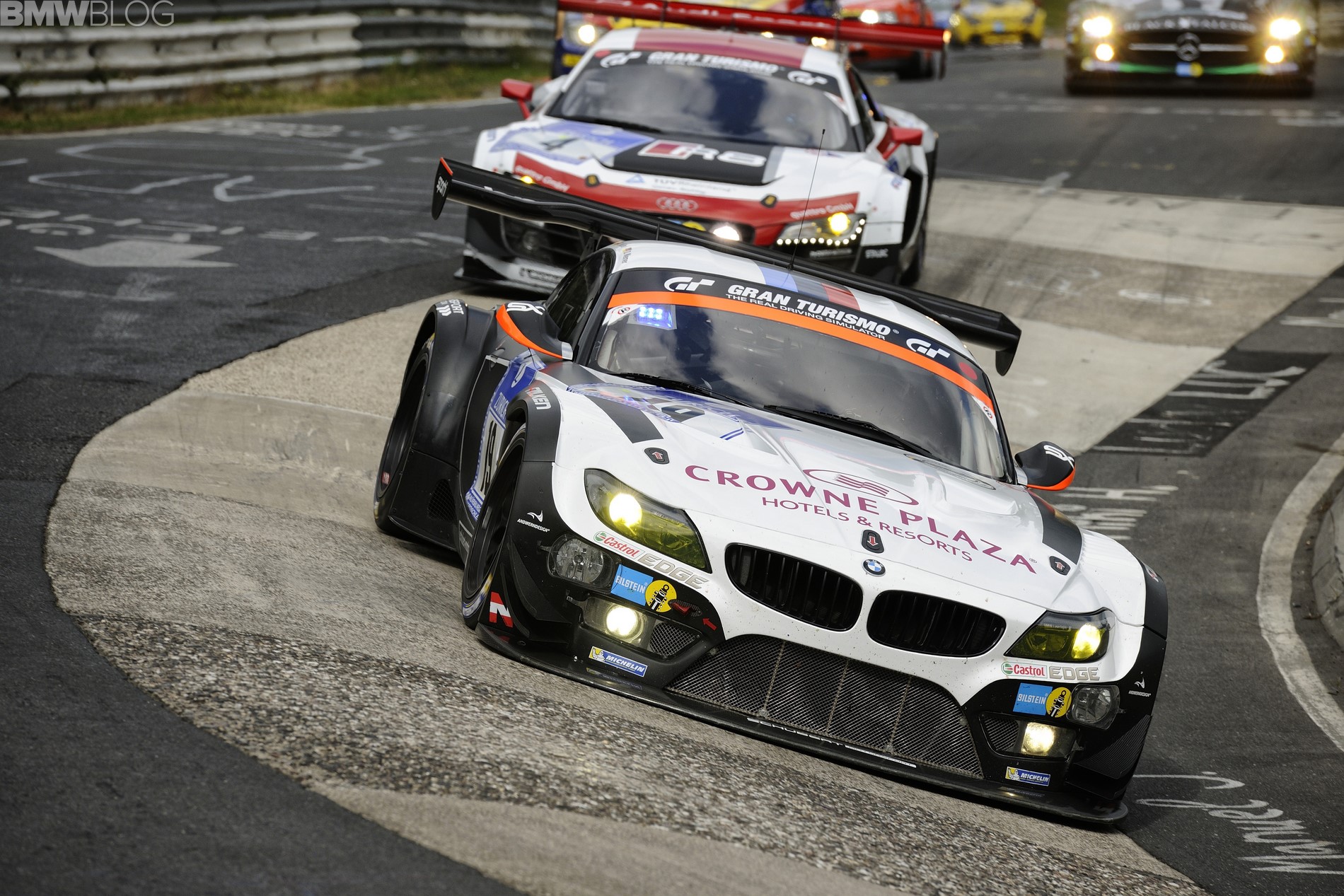 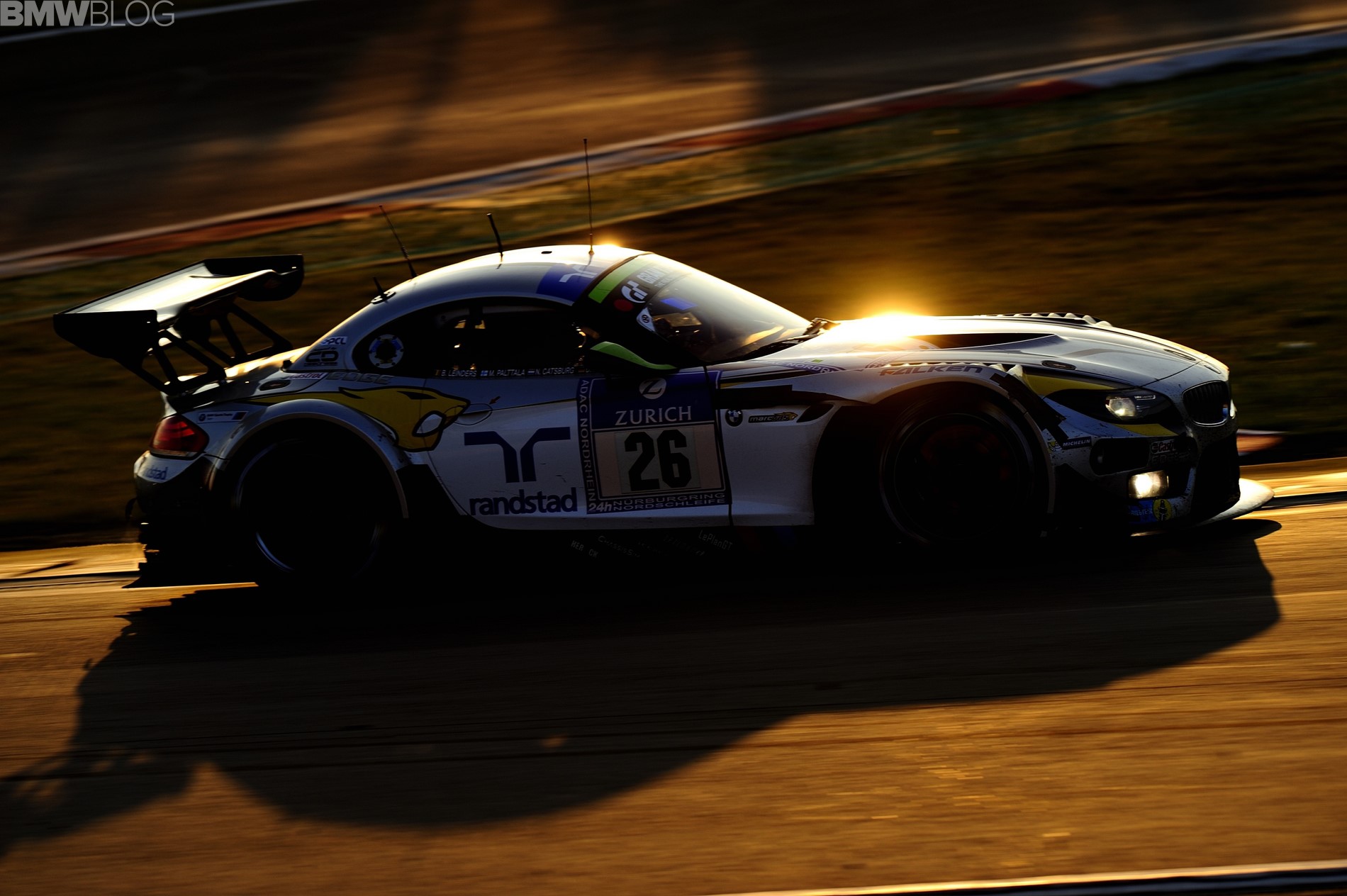 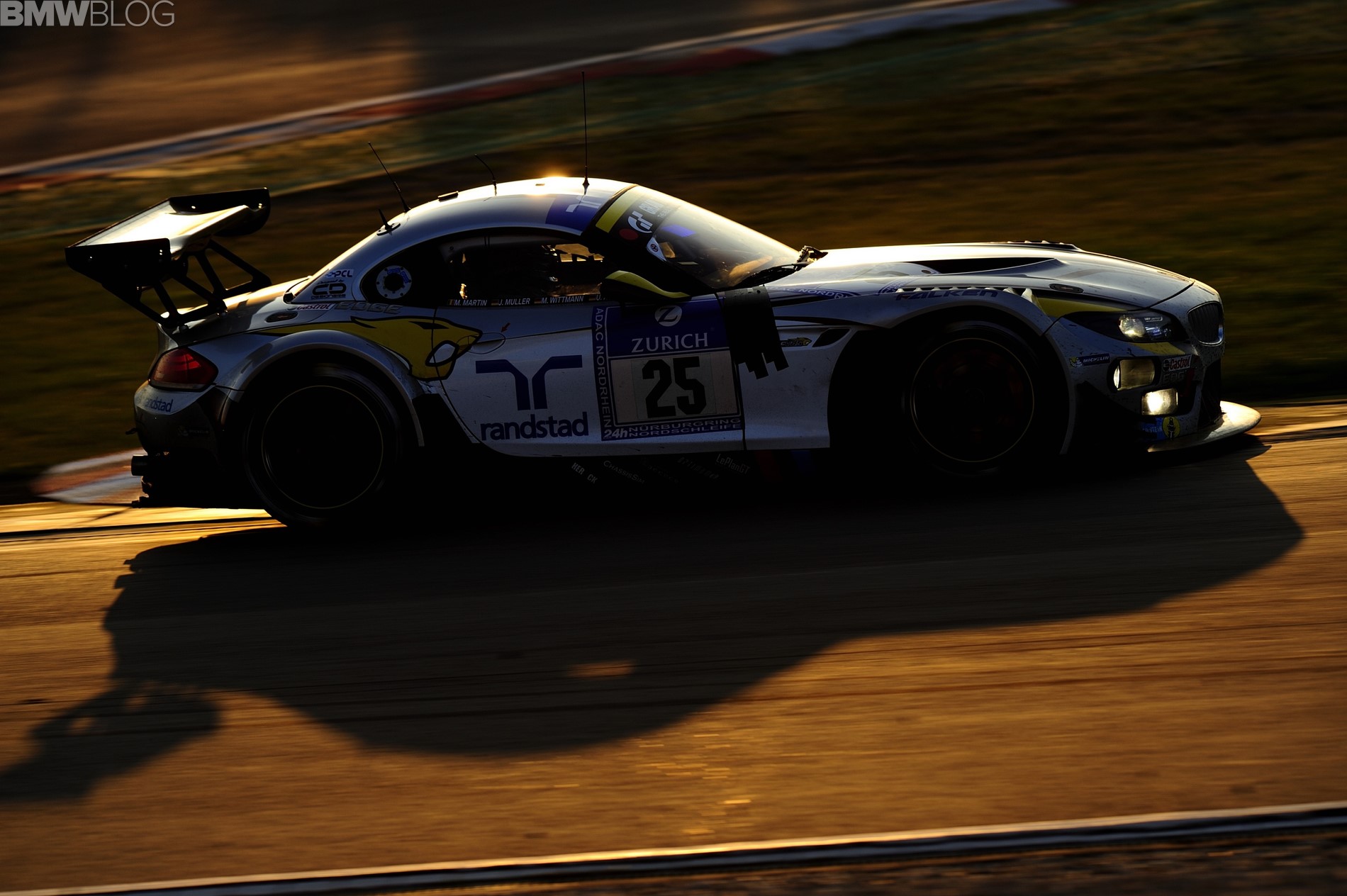 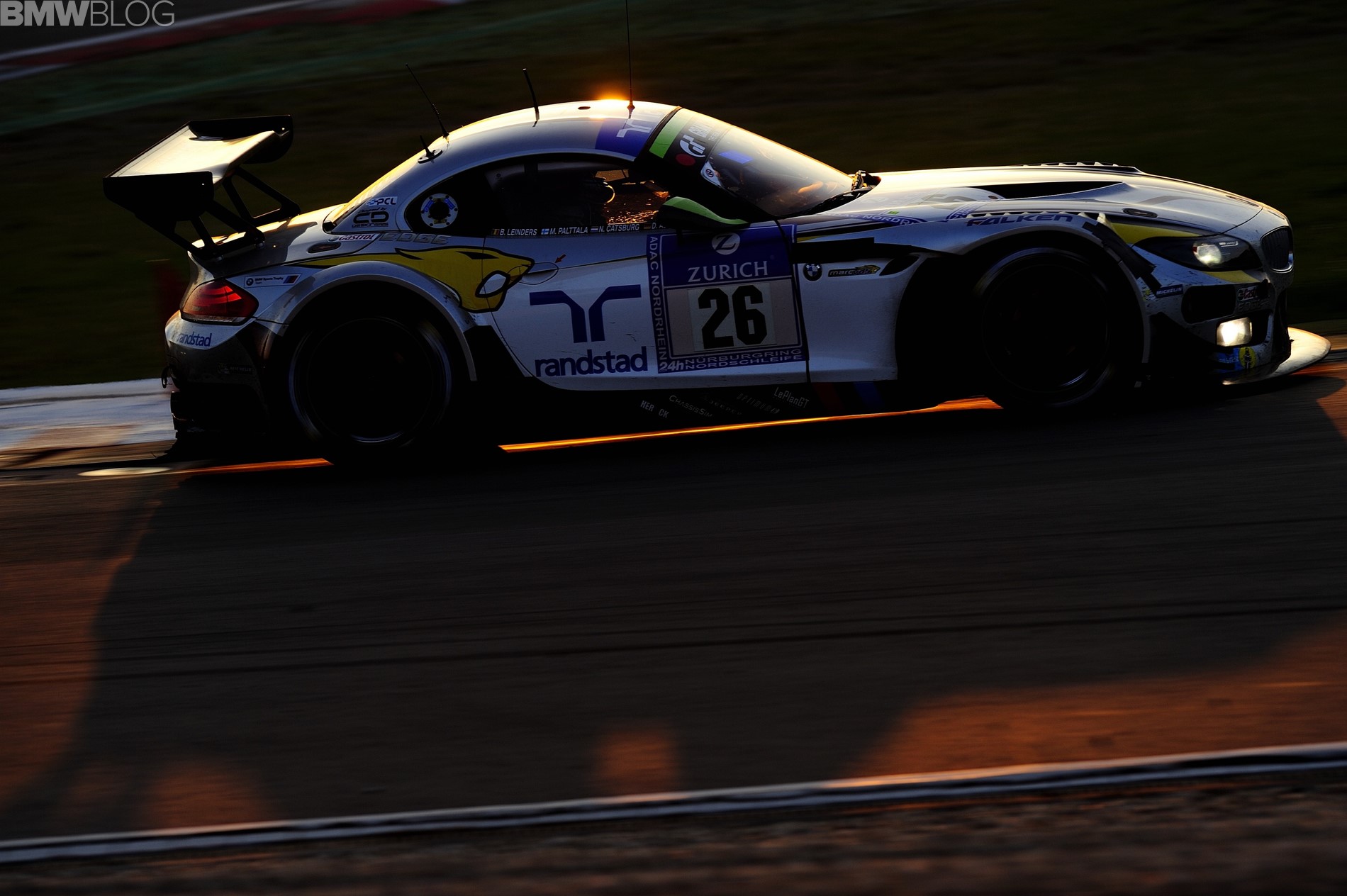 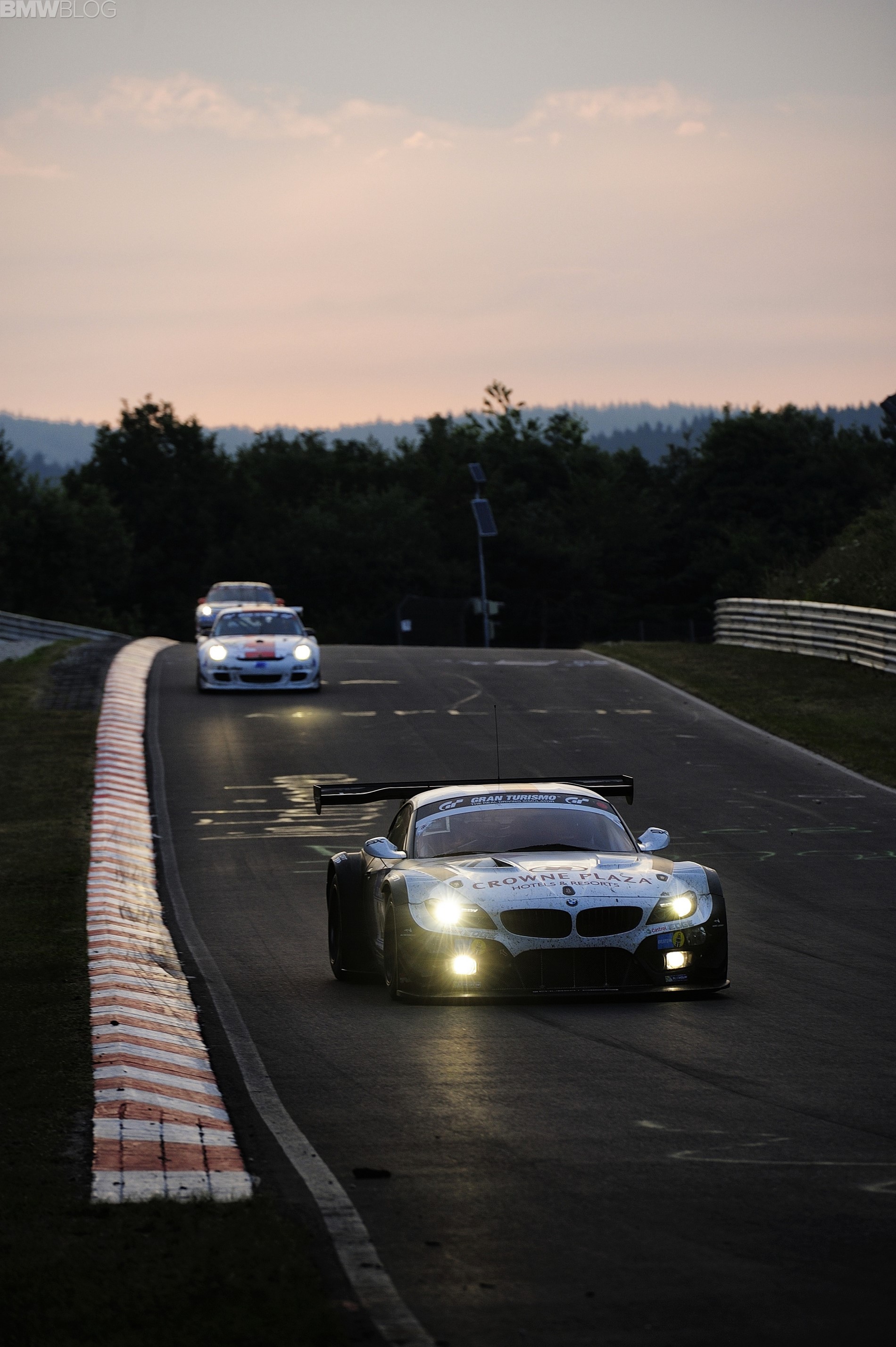 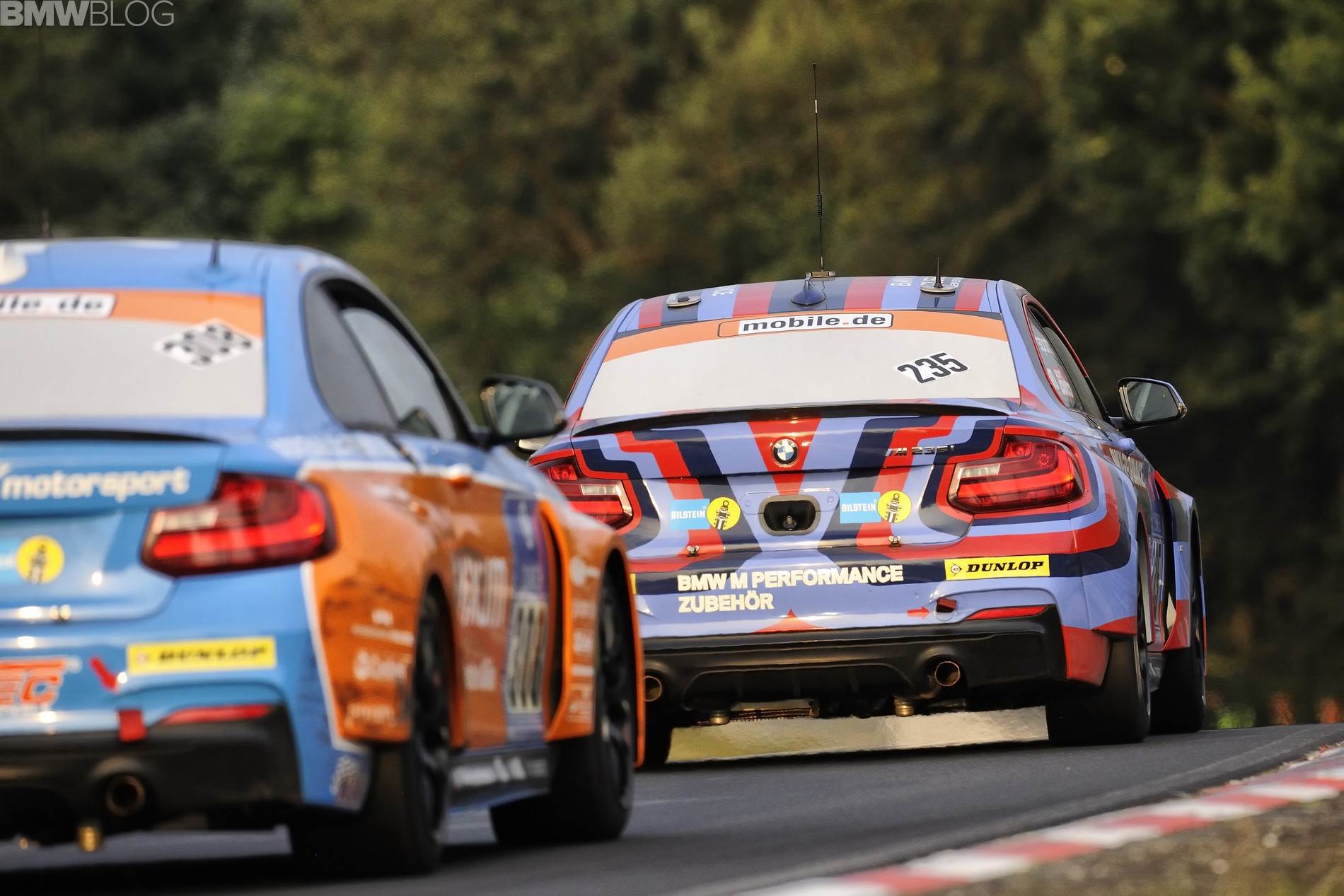 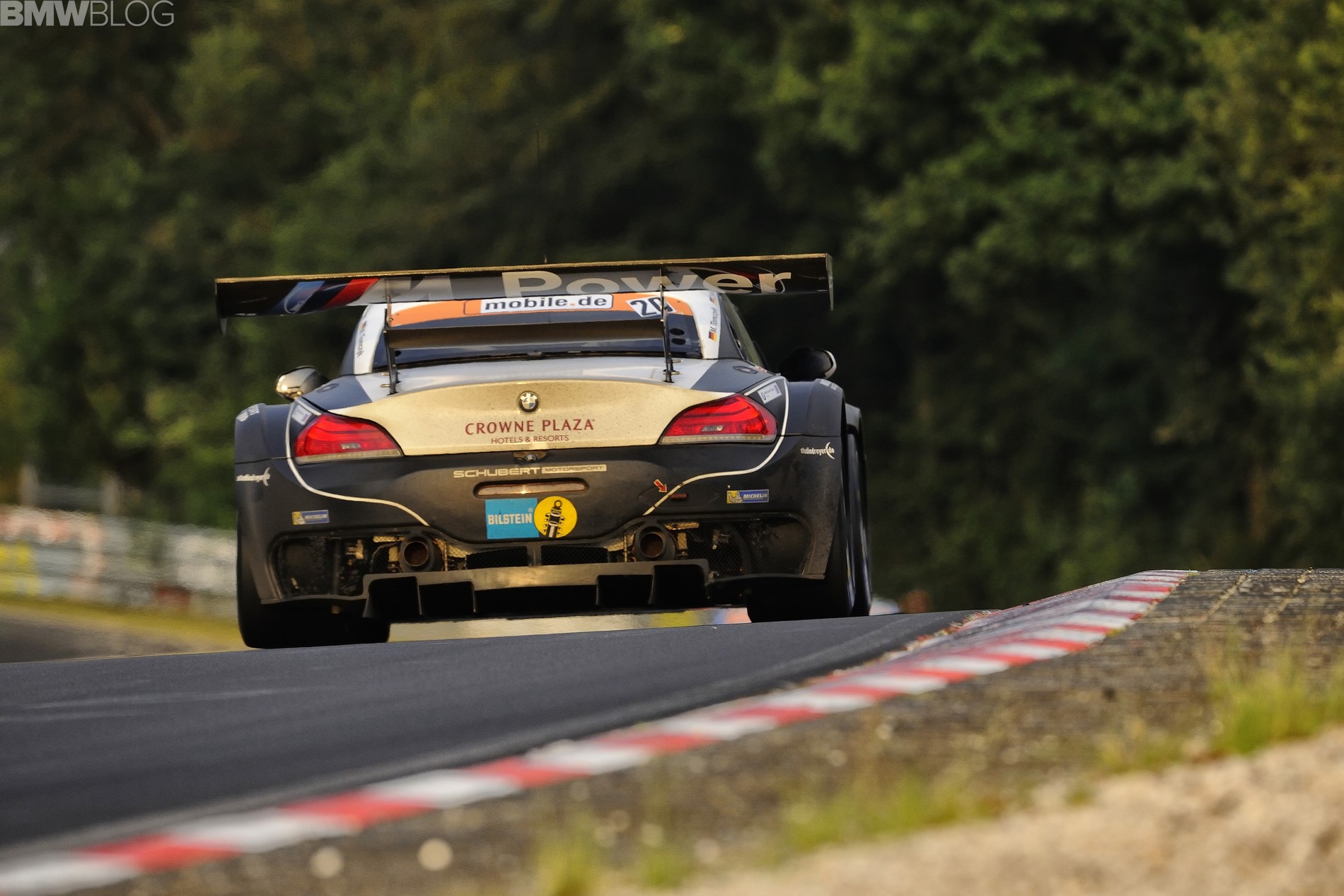 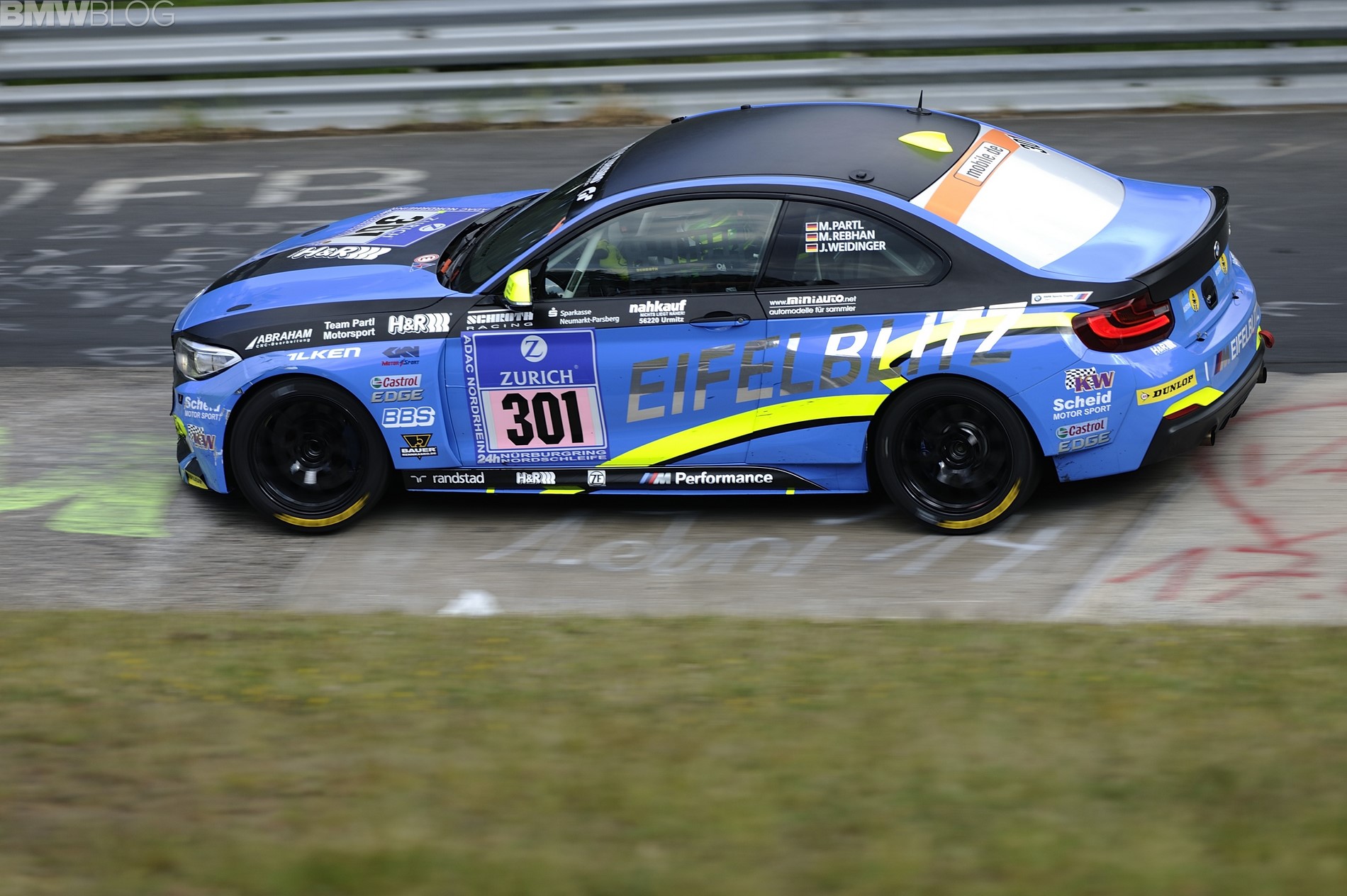