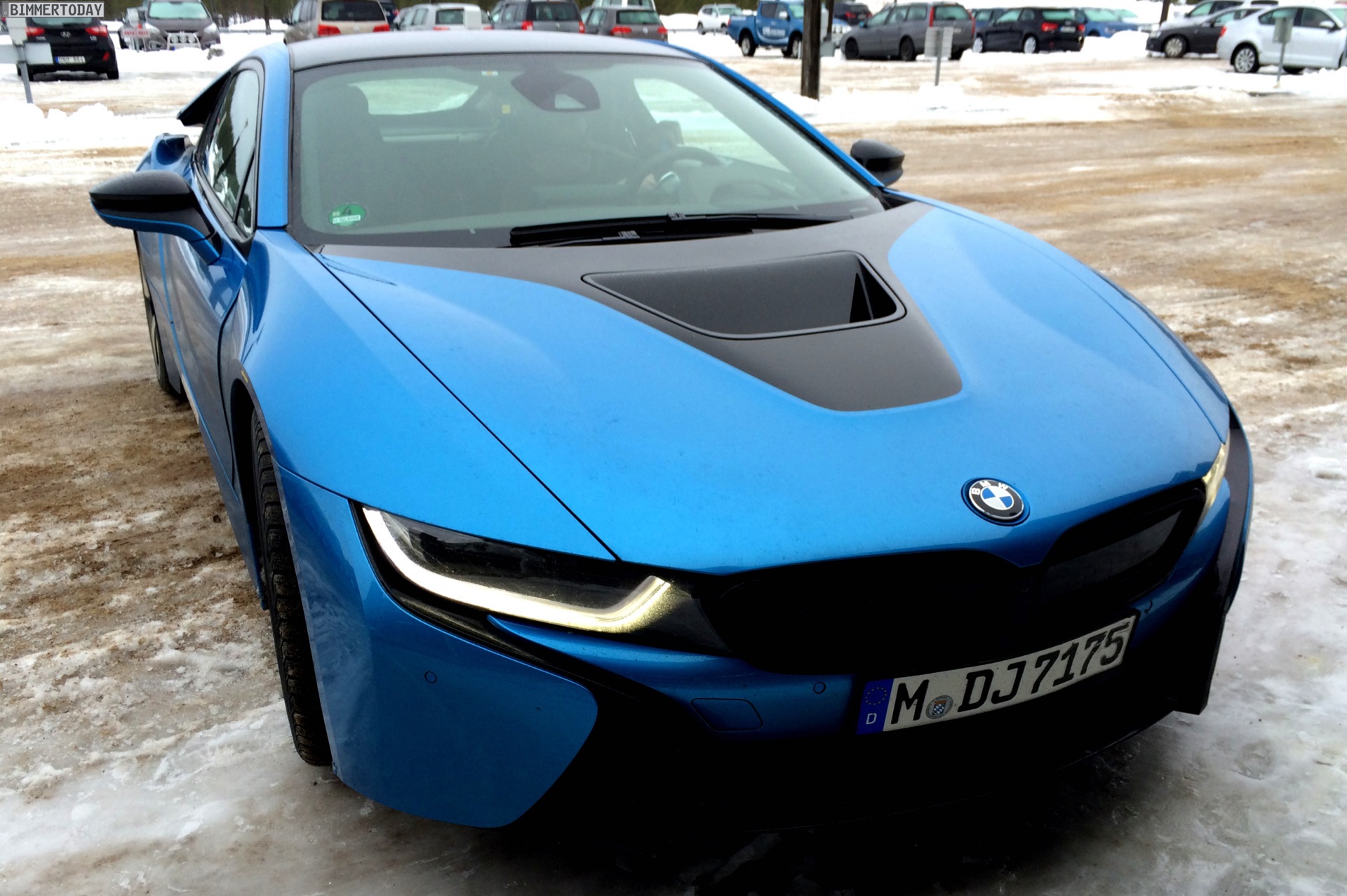 Our sister-magazine Bimmertoday went to Arjeplog, near Lapland, Sweden, for a winter driving session with BMW. While playing in snow, they also spotted the BMW i8 going through cold weather testing sessions. The prototype features the same beautiful Protonic Blue we have seen in the past few weeks.

The first plug-in hybrid sportscar will debut in the United States in July of this year and is also the second model of the new BMW i sub-brand. As with the i3, the core of the car is the LifeDrive architecture with carbon passenger cell which gives the i8 a particularly low weight.

BMW i8 weighs 1490 kg curb weight and sits at 46 centimeters above the asphalt – lower than any other production cars of the BMW Group. Just like other sport cars from Munich, the weight is distributed equally between the front and rear axle. 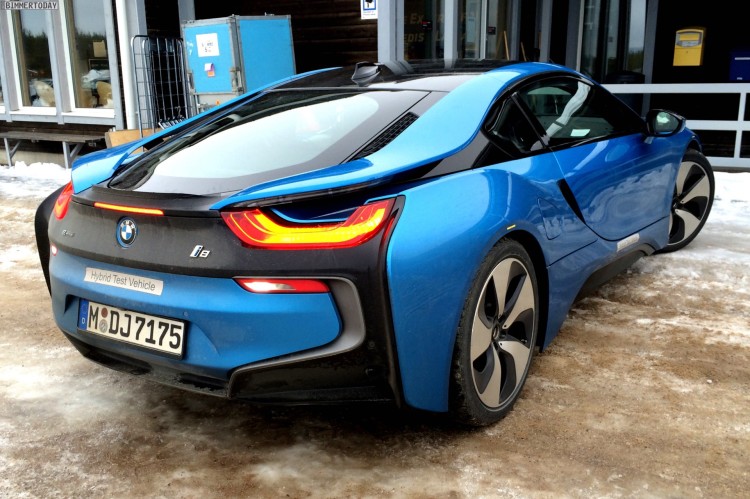 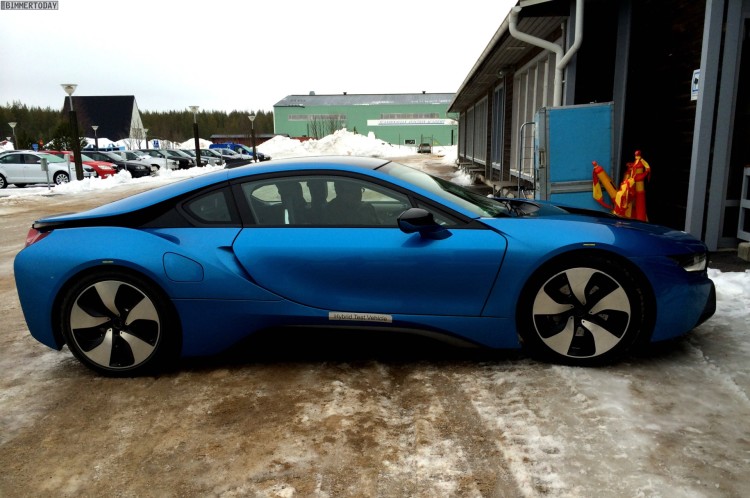 Less commonly used for a sports car is the plug-in hybrid drivetrain of the BMW i8. BMW i8 uses a plug-in hybrid system consisting of a turbocharged three-cylinder BMW TwinPower Turbo petrol engine and BMW eDrive technology in the form of an electric drive system. The 1.5-liter combustion engine develops 170 kW/231 hp and drives the rear wheels of the BMW i8, while the 96 kW/131 hp electric drive sends its power to the front wheels and allows an all-electric range of up to 35 kilometers (22 miles) and a top speed of 120 km/h (75 mph). 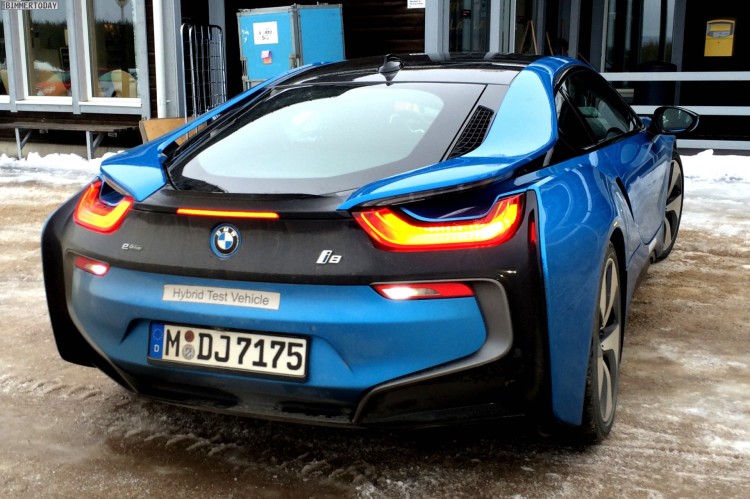 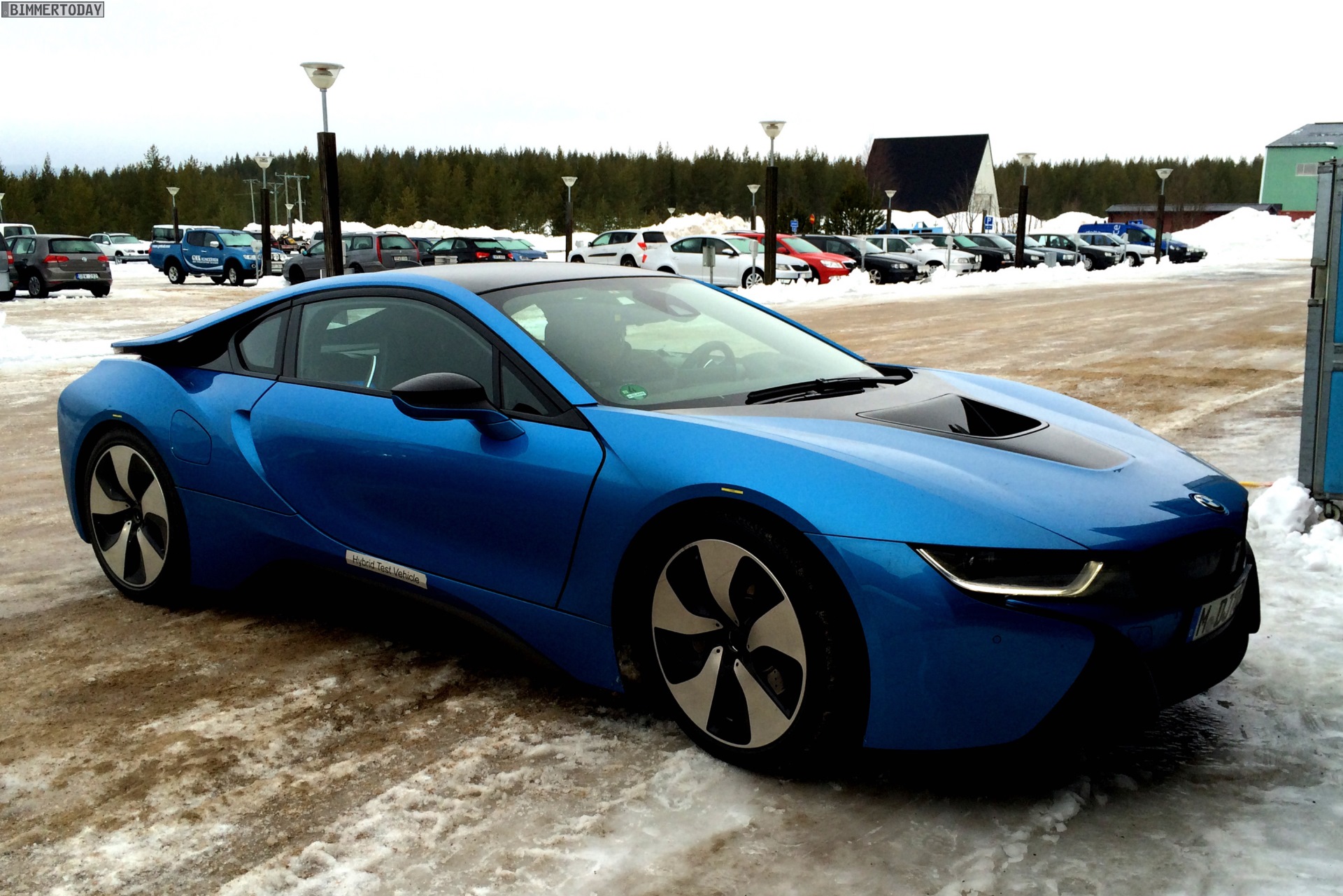 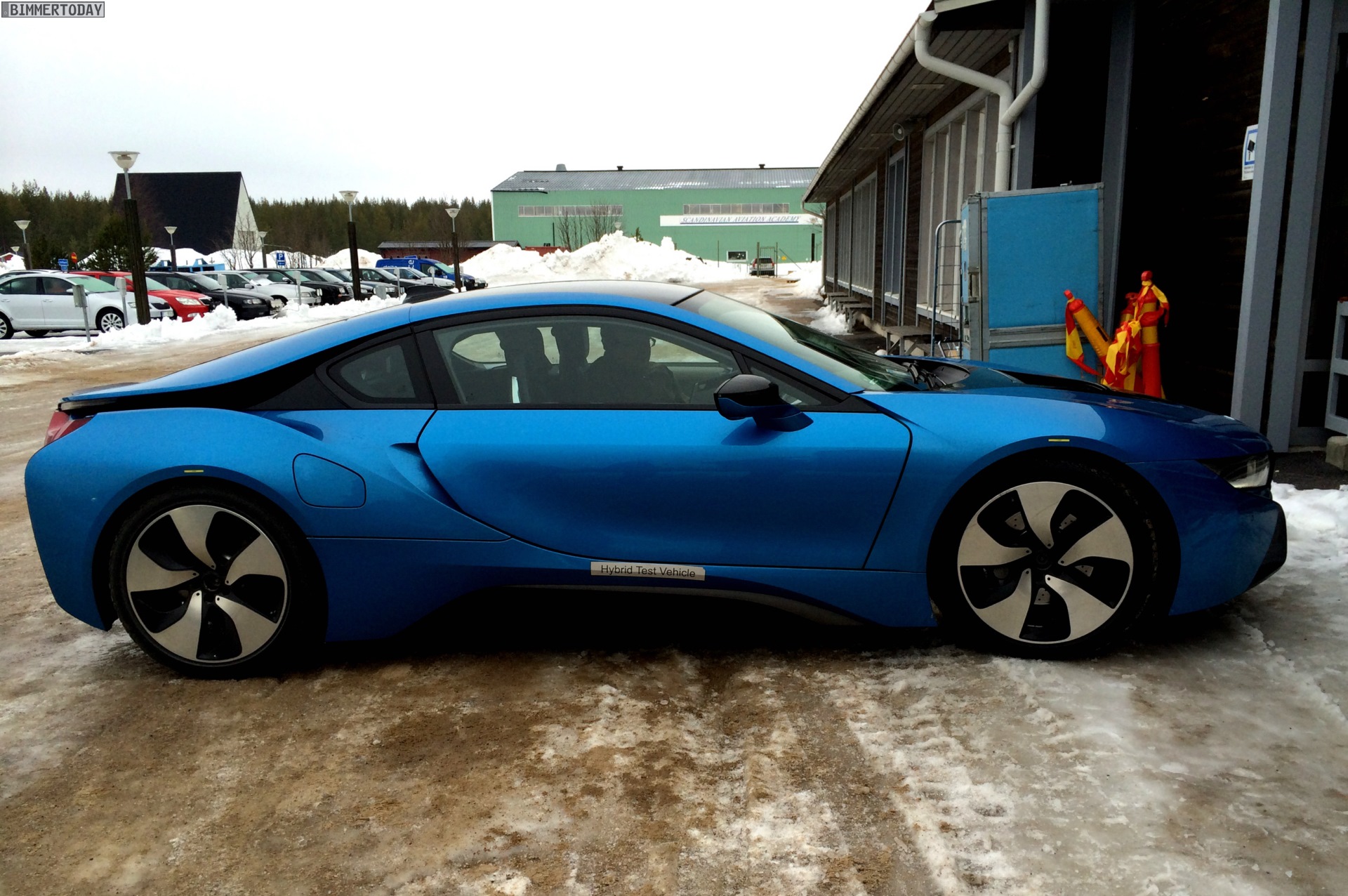 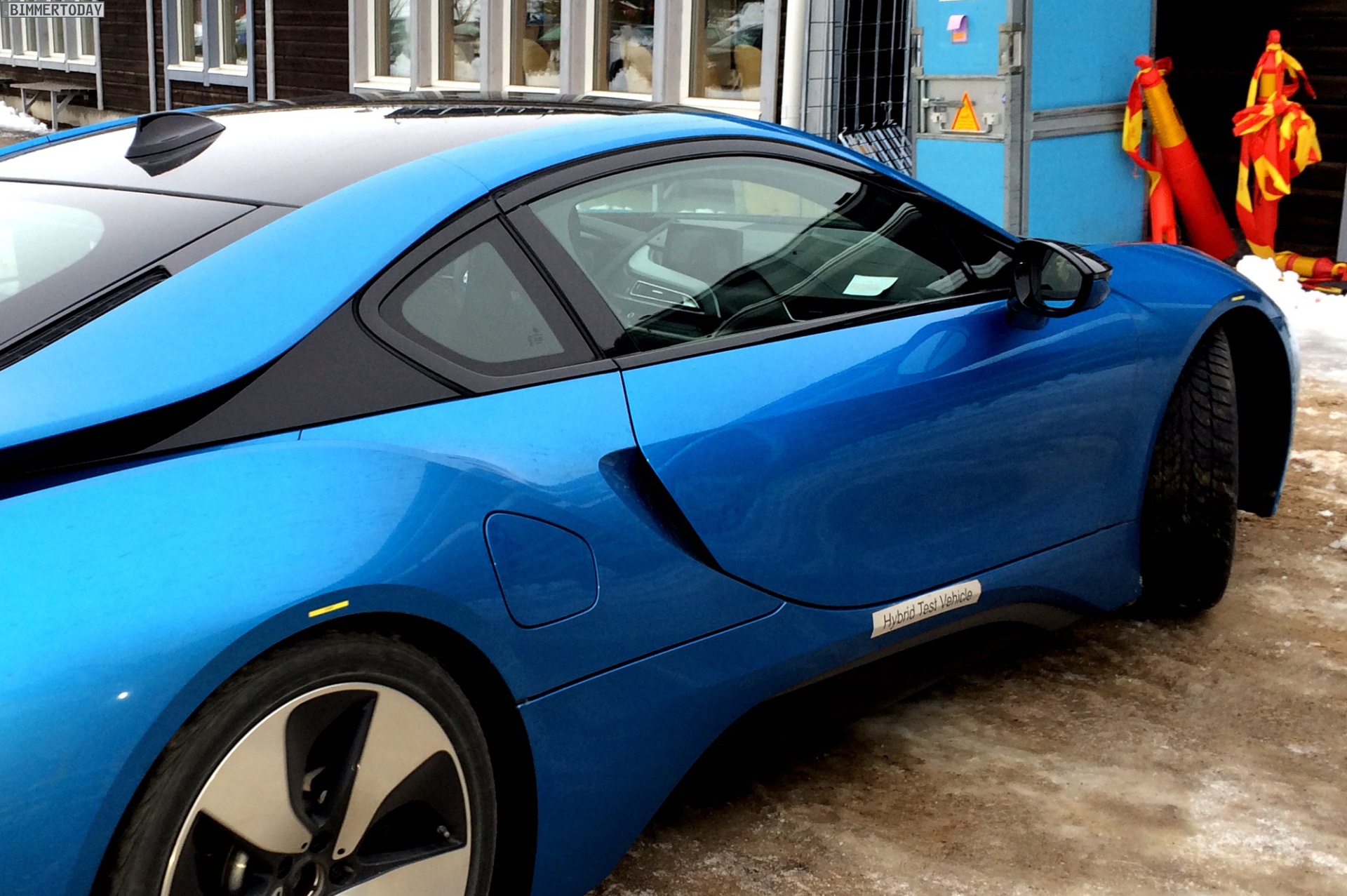 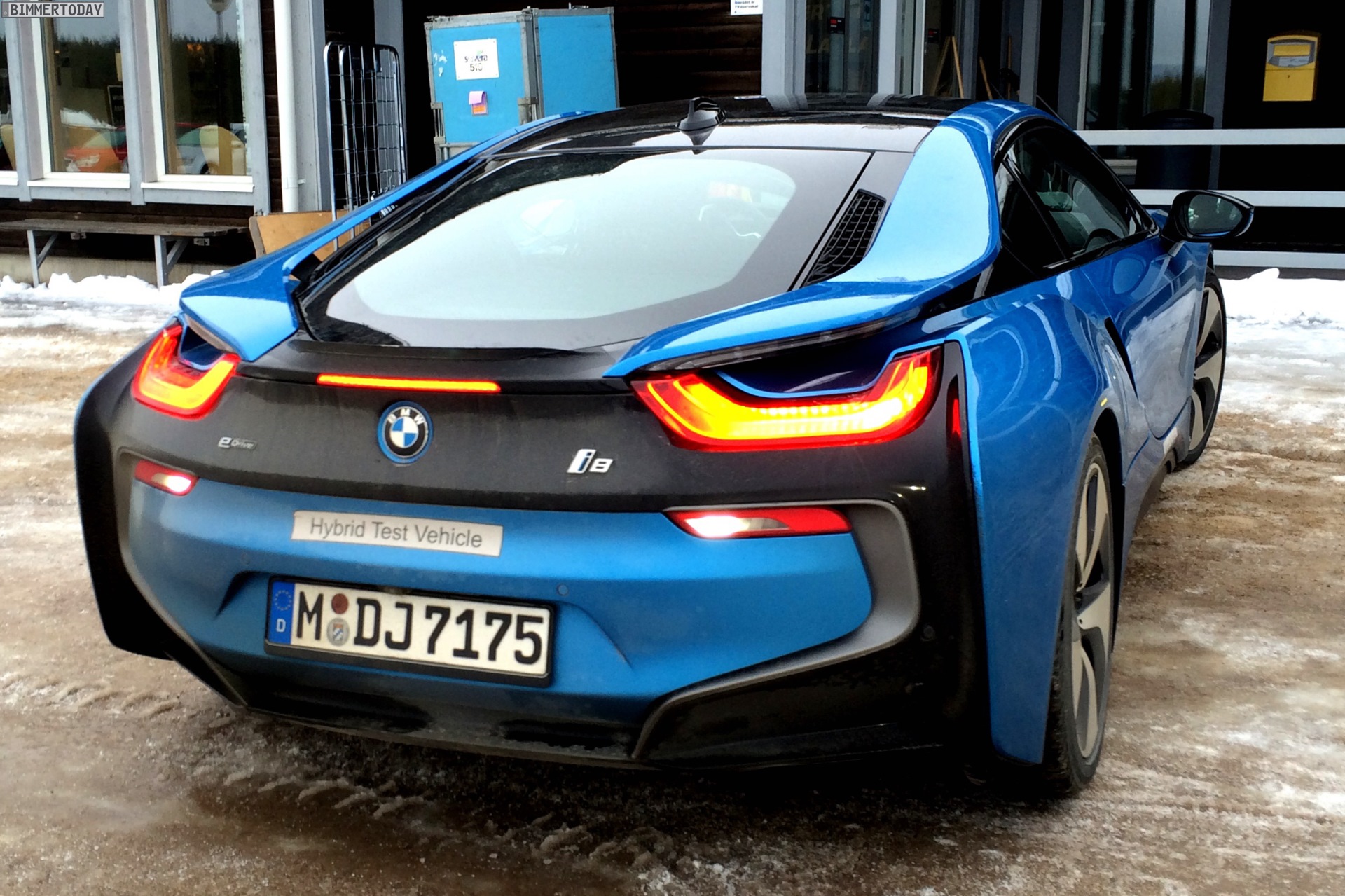