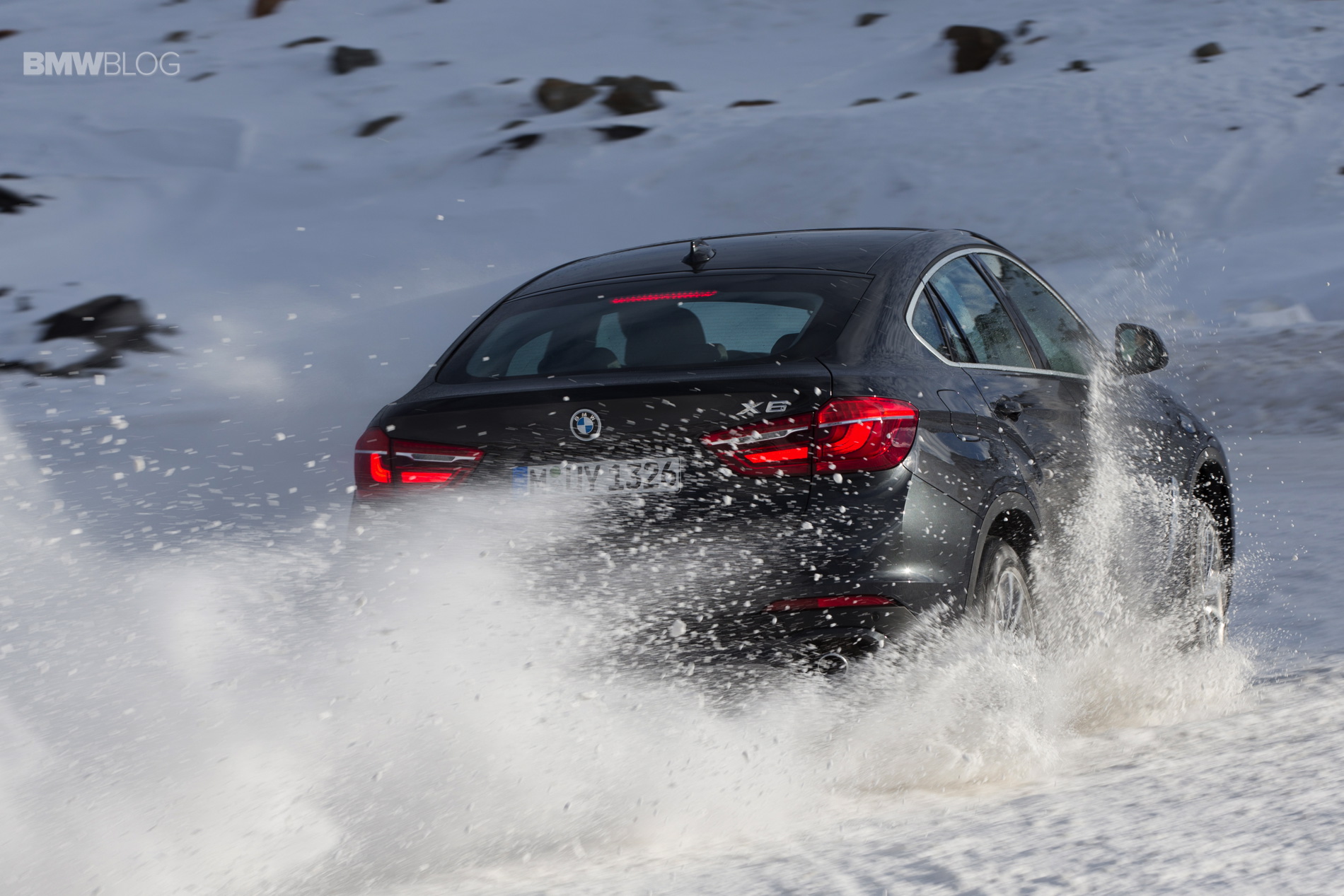 First, the Polar Vortex then Atlanta crippled by 2.6 inches of snow and ice.  Now a big Nor’easter dropping over a foot of snow.  It’s been a crazy, crazy winter.  So it hit me while I was doing donuts in the snow at my local High School parking lot that now might be a good of time to review winter driving settings on your BMW.

The first and most obvious setting is leaving all the electronic aids on. Those are, as of 2012, federally mandated on all new cars.  In this default setting, however, you’re not going to be doing donuts in the snow.

Dynamic Stability Control (DSC) is BMW’s version of this safety net on your car.  It’s automatically activated each time you start your BMW.

DSC is a setting that has the ability to keep your BMW in line within the laws of physics. It’s a controlled, keep the car on the in intended path kind of setting which is what you want the majority of the time. The DSC system will  use the brakes, individually, if needed, to keep a wheel from slipping if power is over coming grip. DSC can even decrease the power to the wheel if it detects wheel slip.  Add the all-wheel drive system and it gets even more complex. Essentially what DSC means is no tail out drifting and no donuts in the snow.  DSC has the ability to sense if you are about to spin the car and intervene again by monitoring the yaw of the car, the input of the steering wheel and the gas pedal.

Where DSC isn’t the ideal is in lower speed winter driving. When you are losing speed going up a slippery snowy/icy hill, the DSC will try to keep the wheel spin from occurring.  This means you could come to a complete halt if trying to power up a snowy hill with the powered wheels kicking up snow rooster tails.  I’ve forgotten to disable DSC before going up a snow covered hill at about 20 mph and got stuck in my 330i despite having some great winter tires on it. Losing momentum is the decisive factor.

Sometimes in snow, you need a little or even a lot of wheel spin to get up the hill.  This is where DTC, or Dynamic Traction Control, can be your best friend. BMW describes DTC as a sub-function of DSC which allows more wheel spin.  One punch on the console of the DTC button and now some wheel slip is possible. In fact, in the BMW Owners Manual, this is the method that BMW recommends if you need to be spinning your wheels in snow or gravel conditions to get up the hill.  Another example would be if you are stuck and need to rock the car back and forth to get out. DTC allows wheel slip/spin but still gives you some stability/yaw control. Hit the highway and forget to turn it off and your BMW resumes DSC as most of us don’t need wheel spin above 45 mph.

Through the various generations of BMWs, we went from the no traction control era of the E30 3 Series, where traction control was achieved via your right foot, to ASC and ASC-T that showed up in the E36 3 Series generation and continued on into the early E46 3 Series models. ASC, short for Automatic Stability Control, works on the driven wheels only and uses brakes primarily, Newer versions could decrease the power to the driven wheels.  I found it useful to use on a race track with my race-ready E36 M3 until I learned that it decreases power on oversteer which I had dialed in on my M3. BMW still uses ASC now but it’s primarily on their BMW Motorcycles.

The next BMW stability program name after ASC, ASC-T was DSC.  Dynamic Stability Control was introduced in the E46 3 Series in 2001. The buttons used to deactivate DSC have changed from DSC to a graphic with squiggle lines that are present in current BMWs.  In current models certain suspension and chassis settings such as Sport+ will automatically activate DTC.  In my opinion, this isn’t ideal for snow driving as the throttle modulation gets more difficult as it’s overly aggressive.  You can leave it in ECO PRO, Comfort or Sport and tap your DSC button whereupon you will see the DTC active in the dash.

The secret function beyond DTC is everything off.  This is achieved by pushing the DSC button for just over 10 seconds.  This fun setting comes with no acronyms and no save-your-ass interventions.  When you’re looking to do donuts unencumbered with your BMW’s thought process, to borrow a Car Talk phrase, this is THE setting.  It’s essential for complete parking lot hooliganism. Not condoned by us, of course.

Modern BMWs come with some of the best stability controls in the business that help maintain control of your car even in the most adverse circumstances occurred during driving.  However, there are times when it is helpful and even downright fun, to get into other settings such as DTC and everything-that-normally-saves-your-ass off.  The most applicable circumstance of which is heavy snow, low speed and low traction scenarios.

Lastly, no winter driving article is complete without talking about snow tires of which I am  a big fan.