Home » Interesting » Why Would You Need Winter Tires? 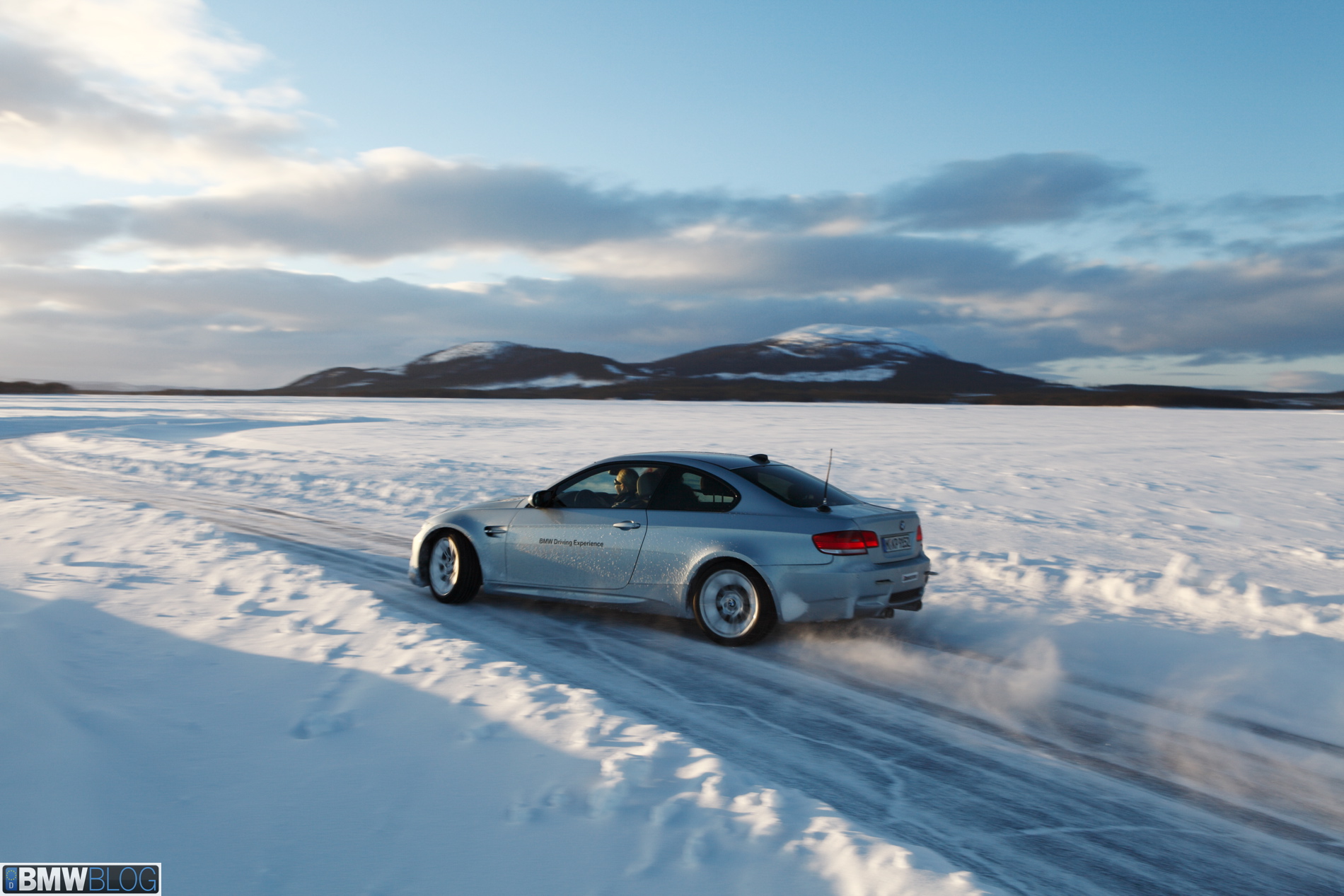 Here is the answer.

The time is around 19:00 hours on a cold, blustery winter night. The temperature is hovering around -1 and it has been raining, a dangerous stage for icy conditions. Having left the shop with 4 new winter tires installed only that morning, what I encountered next had me kissing all four corners of my contact patch.

Traveling South bound on Windsor’s Huron Church Ave, one of North America’s busiest roads with high truck traffic, I came upon an intersection where the two right lanes of the 3 Southbound lanes were at a stand still, tens of semi trucks lumbering through first gear. With a fresh green displayed, I approach the intersection just below the speed limit, a clear lane lies ahead. With no warning or signal, a flat-bed semi-truck makes a sudden move pulling into my lane from stand-still (trucks are altogether banned from this “fast” lane on Huron Church, I guess he’s a new, careless, or drunk driver). 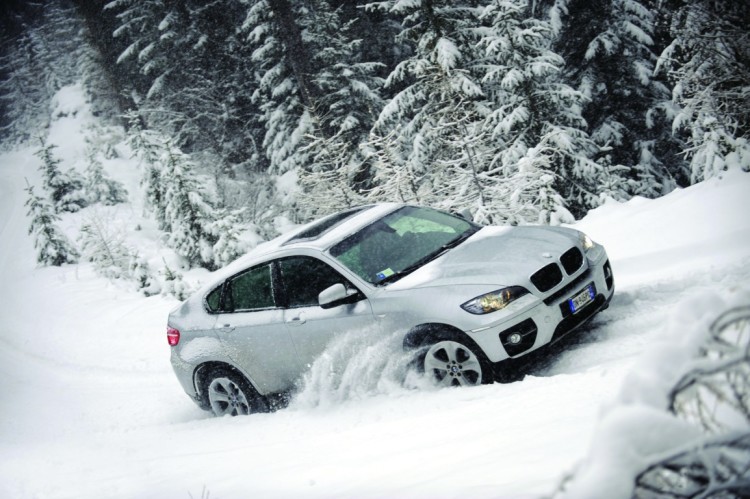 Hard on the brakes with a tall concrete barrier to the left and a nose-to-tail barrier of trucks to the right, I have nowhere to go. Visions of my seemingly imminent decapitation loom close, the flat bed trailer lying like opened scissors across the road ahead, at approximately the height of my dash. Feathering the brakes I play with the limit of tire adhesion to the road, attempting to burn off velocity as if my life depended on it, because, my life depended on it. As I closed in on the last few feet of remaining asphalt, I was amazed to bring the car to a complete stop. The truck driver who cut off my lane had his truck at a full stop, realizing his trailer did not have enough space to complete the lane change without side swiping the truck in front. Both of us at a stand still, my hood about 2 feet from the sharp metal edge of his trailer, a moment of clarity dawned. I literally owed my life to the tires I had just purchased – because any less traction on that slippery, freezing night would have resulted in my obituary and a very small inheritance debt passed on to my beneficiaries.

It’s not just about snow and ice.

Most people believe in the misnomer that winter tires are needed for snow and ice, but since they live in a part of the Country where there is little precipitation and only cold temperatures, they would not benefit from winter tires. This is a fallacy. The chemistry of winter tires has been perfected to suit the unique driving environment of winter roads. When all-season or summer performance tires start to lose grip, hardening under cold temperatures – winter tires are just coming into their peak operating temperature range, soft and pliable, ready to grip the asphalt. The transition temperature where summer performance tires or all-season tires lose traction and winter tires enter their peak operating window is around 7′ Celsius (44.6 degrees Fahrenheit).

We could break the science of winter tires into two categories: mechanical grip and molecular adhesion.

Mechanical grip refers to the physical mating of the tread to the road surface. The malleability of the rubber compound allows it to “interlock” with the undulations of the road surface (the rough rock/sand/tar or concrete surface). Once again, temperature affects the malleability of the rubber compound, so pliable rubber compounds allow better traction. The tread pattern’s ability to evacuate slush or water is also essential to mating the tread to the road surface. Adding another facet to the tread pattern, winter tires contain thousands of tire “sipes” that act as separate biting edges in the snow. These sipes also add flexibility to the tread surface, which in turn, adds more grip on ice and snow. One interesting technology in particular has negated any need for studded tires (winter tires with small metal spikes screwed into the surface); this technology gains traction at a microscopic level using millions of “bite particles” to spike into the ice or snow.

Toyo, for instance, utilize walnut shells to add traction on ice. Walnut shells are first pulverized into a fine powder and then mixed into the tread compound. At a microscopic scale each individual particle represents a sharp shard of broken shell, ready to act as an ice pick sticking out of the tire. As the tire wears, fresh shards of walnut shell surface, providing additional grip. When you consider that studded tires may have around 10 spikes in contact with the road surface at any given time, while modern winter tires have thousands of individual bite particles in contact at with the road surface at any moment – the advantage of microscopic “bite particle” technology becomes clear. Other manufacturers use different bite particle materials while operating on the same design premise. Lastly, modern winter tires contain “micro cells” or “tubules” that literally suck water off the surface of the ice or snow they’re rolling over to allow better contact between the tread and the surface beneath (consider that as ice or snow is compressed at temperatures near the melting point they release water to the surface, which effectively produces ‘micro-aquaplaning’ and reduces traction).

While these technologies may seem impressive on paper, they are staggering in practice. The traction available from the best winter tires can sometimes mimic the traction available from all-seasons on wet pavement while your driving on snow. I will even admit to driving snow covered logging trails with a 2 wheel drive car wearing Toyo winter tires… and making it out without a tow or a winch.

They say that “a chain is only as strong as its weakest link.” On snow covered roads, your tires are invariably the weakest link – unless they are quality winter tires. Earlier in the article, we briefly mentioned the relevance of all wheel drive in winter driving. Without question, AWD does offer additional traction for acceleration on slippery surfaces. However, AWD does not increase the tire’s traction with the road surface, it simply makes better use of available traction by distributing power more effectively to the road. Since maximal tire grip is finite, you cannot expect a tire to effectively turn a vehicle and accelerate concurrently without compromise (understeer). Therefore, AWD does not offer a large advantage with additional cornering speed on slippery surfaces, nor can it stop a vehicle faster. The benefit of AWD is limited on slippery surfaces, and ultimately, winter tires will go much further to assist you in winter driving than AWD ever could.

A matter of money.

While most motorists sliding out of control will tell you that winter tires are too expensive for them to justify, I believe in a simple truth that completely contradicts this claim. Winter tires are cheaper than insurance hikes and bodywork. And you can’t put a price on your safety. Most quality winter tires will offer a tread-life of three to four years before replacement is necessary, so divide the purchase cost over three to four years when you budget for them. Since you never drive your winter tires through the summer you can effectively cut down on their wear and this allows you to enjoy both winter traction, and an entertaining, fun-filled summer with a set a performance summer tires.

A common absurdity is the notion that somehow a really talented driver can drive through snow without winter tires. Well yes, it’s true – I have even driven a shopping cart through snow. This does not reflect on driver talent, but rather shows a lack of understanding. It is even possible to drive through snow with summer performance tires, but this simply displays a wonton lack of respect for the physics at play, your personal safety and a gross disregard for others on the road.

The truth is out.

Winter tires offer so much available traction and driving enjoyment that I regularly make it a point to go out and drive after a heavy snowfall, or better yet, in the middle of a snowstorm. The proper equipment can render an inhospitable environment as a playground for your exploration and enjoyment.

Slipin and Slide’in or Drifting and Gliding? The choice is up to you.

Here are some tires we recommend:

Buy Here – Goodyear/Dunlop, Get Rebates up to $80!