Florida-based tuner PSI builds a BMW E36 “Chumpcar”. Here is how the project came to life:

“After hearing the name “Chumpcar” for a few years now, I was determined to figure out what exactly this was. At first, I believed it was a goofy racing series where people decorated some $500 car and and then raced it around various tracks hoping to last through an endurance event. There is another series that is similar called “The 24 hours of Lemons”. A few months ago, we decided to go out to the track in Daytona and watch our very first Chumpcar race. We were pleasantly surprised at the level of craftsmanship that went into some of the nicer cars. These were real race cars on real tracks for a very inexpensive price, which is right up our alley. Chumpcar races are endurance races with a minimum of 14 hours, with some running 36 hours. That is a lot of racing! 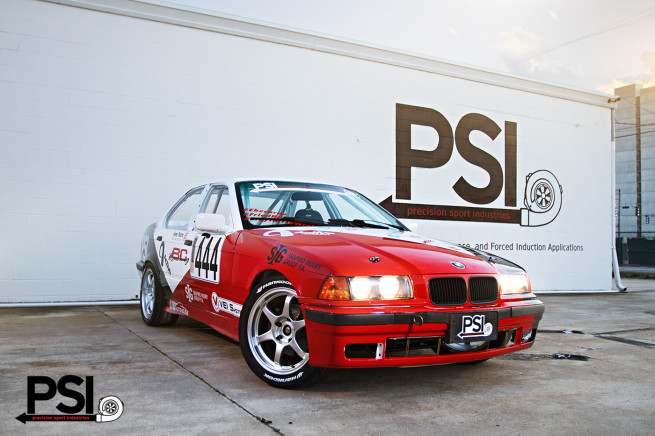 The next step was for me to put together a team. I thought about this for a couple of weeks and tried to choose wisely. My team needed to consist of people that were willing and able to help build the car over the next three months. I chose a pro welder and autocross king, Travis Schneider. Chelsea Denofa, a professional Formula Drift driver, was definitely up for the job. Our lead mechanic, David Hugh, was no stranger to the race track. Our next two drivers, Jay Levan and Eb Vazquez, also instruct for various sanctioned racing clubs, including PBOC, Chin Motorsports, and SCCA. Brad Wagner has a BMW track car and had some driving experience with NASA, so he also joined the team. Lastly, there is me, JT. I have built many different cars and have been around racing most of my life. With this group, we would be able to build a very competitive race car and get plenty of seat time on some of the nicest tracks in the United States. We decided that Sebring on 9/28/13 would be our first race. That gave us exactly ten weeks to build the car. Thankfully, we were able to accomplish this at Precision Sport Industries in Winter Park, FL. They have one of the nicest shops around with all the resources needed to build our race car the way we want.

First off, I had to find a car. Per Chumpcar rules, you have to find a car that is readily available for $500. There is an approved list to choose from, and we decided on a 1994 BMW 325i for exactly $500. To be blunt, this car was a huge pile of crap. It was painted blue, definitely crashed a few times, and didn’t really even run. We started by stripping out the interior, pulling the engine, taking out all the wiring, pulling off all the doors and windows, and basically got it down to a rolling chassis. After we stripped it down, Travis and I built the custom roll cage that would keep us all safe on the track. We went with NASCAR-style door bars so it was easy to get in and out of, and provided us the most room without sacrificing any safety. After completing the roll cage, we had to paint the car. Eb took the car and in two days, had the car completely coated with bright white paint! 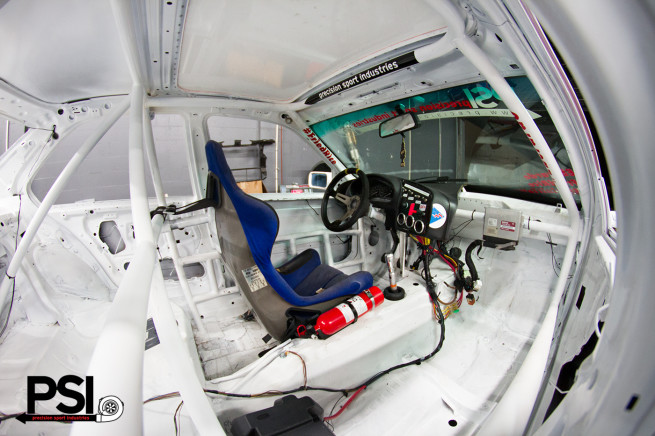 With the fresh color on the car, we now started putting it all back together. We installed the engine, transmission, racing seat, dash, headlights, tail lights, bumpers, etc. Per Chumpcar rules, we were allowed to put in all brand new OEM suspension, cut the factory springs, all new stock bushings, brand new stock brakes, but the car pretty much has to remain unmodified. This meant factory air intake and no headers, ECU chips, or the like. While the car was being pieced back together, I had hours and hours of wiring to do. We completely rewired the entire car and made it all very simple. The intention was that we wouldn’t have to chase down any electrical gremlins at the track. VEI Systems provided us with a set of gauges so we could monitor all the vital engine temperatures and pressures. After about two months of dedicating all our free time to this project, we finally got the car running again. With all brand new OEM parts installed, the car felt amazing. We took it for a shakedown run at a local track, and it handled really well – we knew it would be fast on a national course. 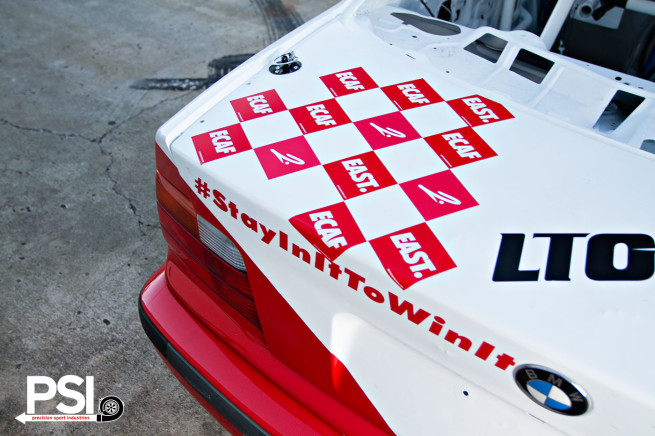 The last and final stage was making the car look great and stand out. We had some help from our friend Steve over at Carbon Wraps. I came up with a design, and we started to wrap the car with 3M vinyl. After the car was wrapped in the red and black livery you see here, our friends over at Version Two Laboratory helped with cutting all of our decals. The race at Sebring proved to be challenging in its own way, as it was essentially a trial run for our new race car, but we finished the 14-hour endurance with pride, and took several lessons from that to apply to our next outing.

We really appreciate all the help from our sponsors, whether providing parts or other ways they so generously supported us along the way: 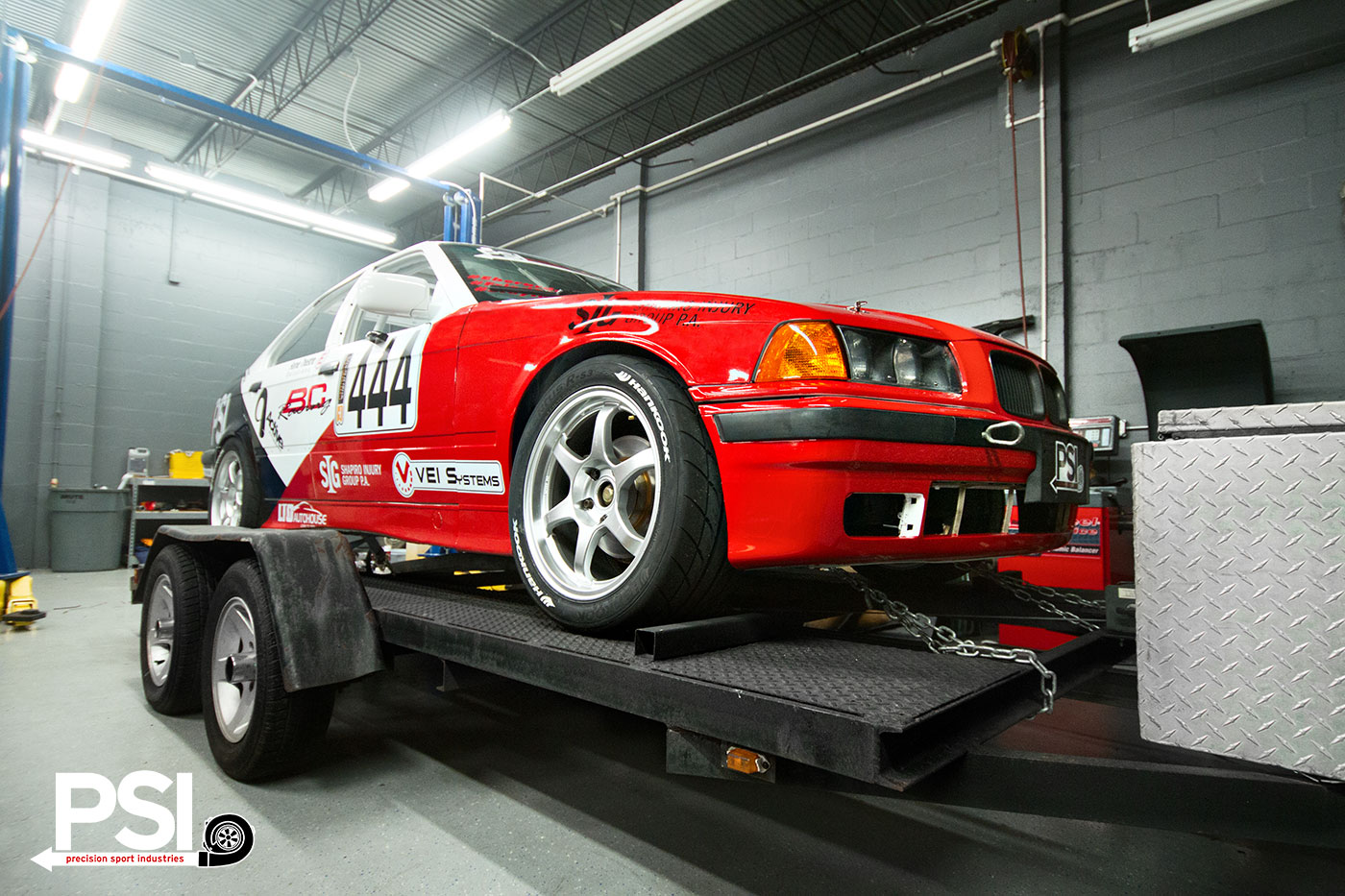 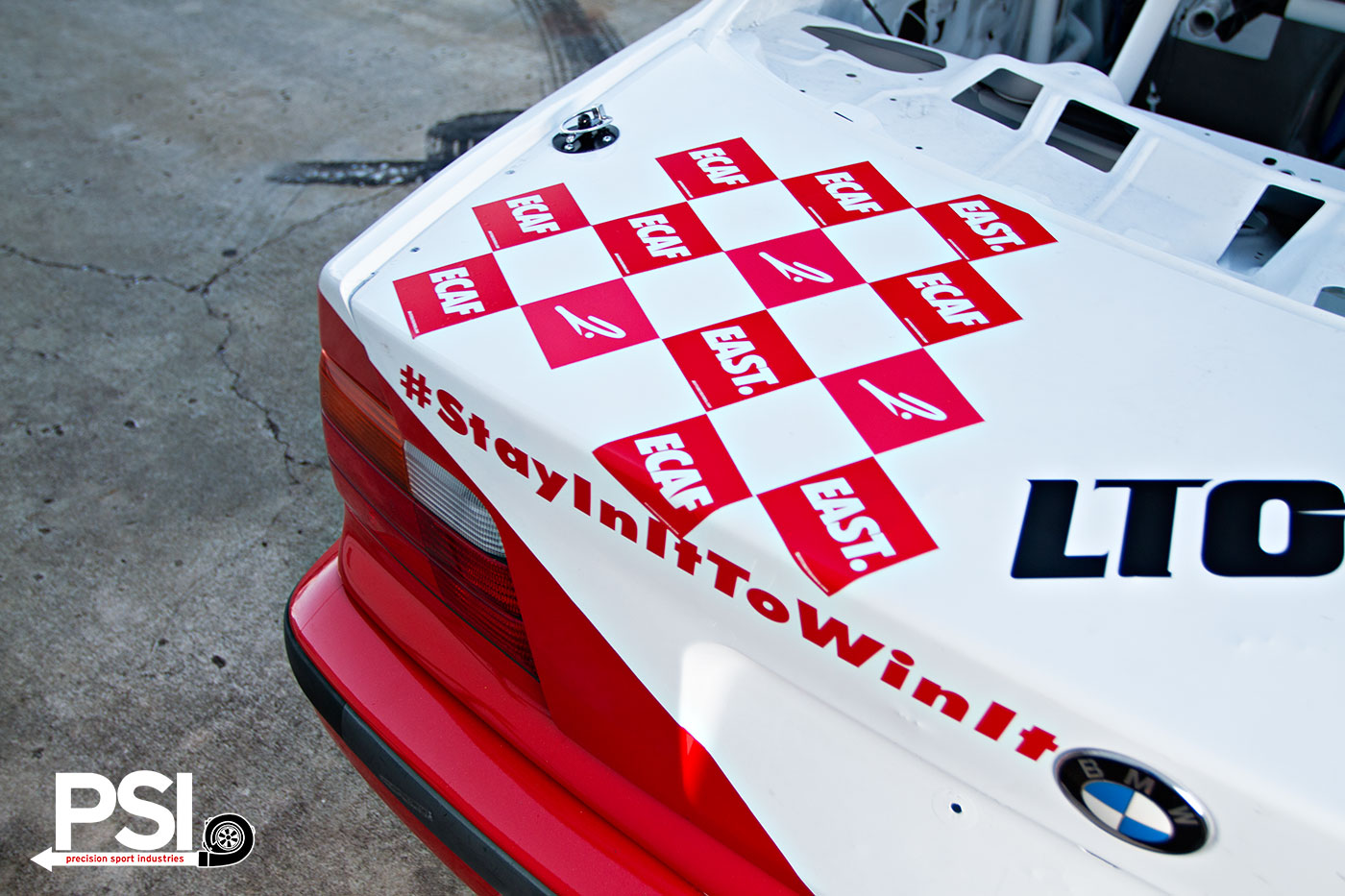 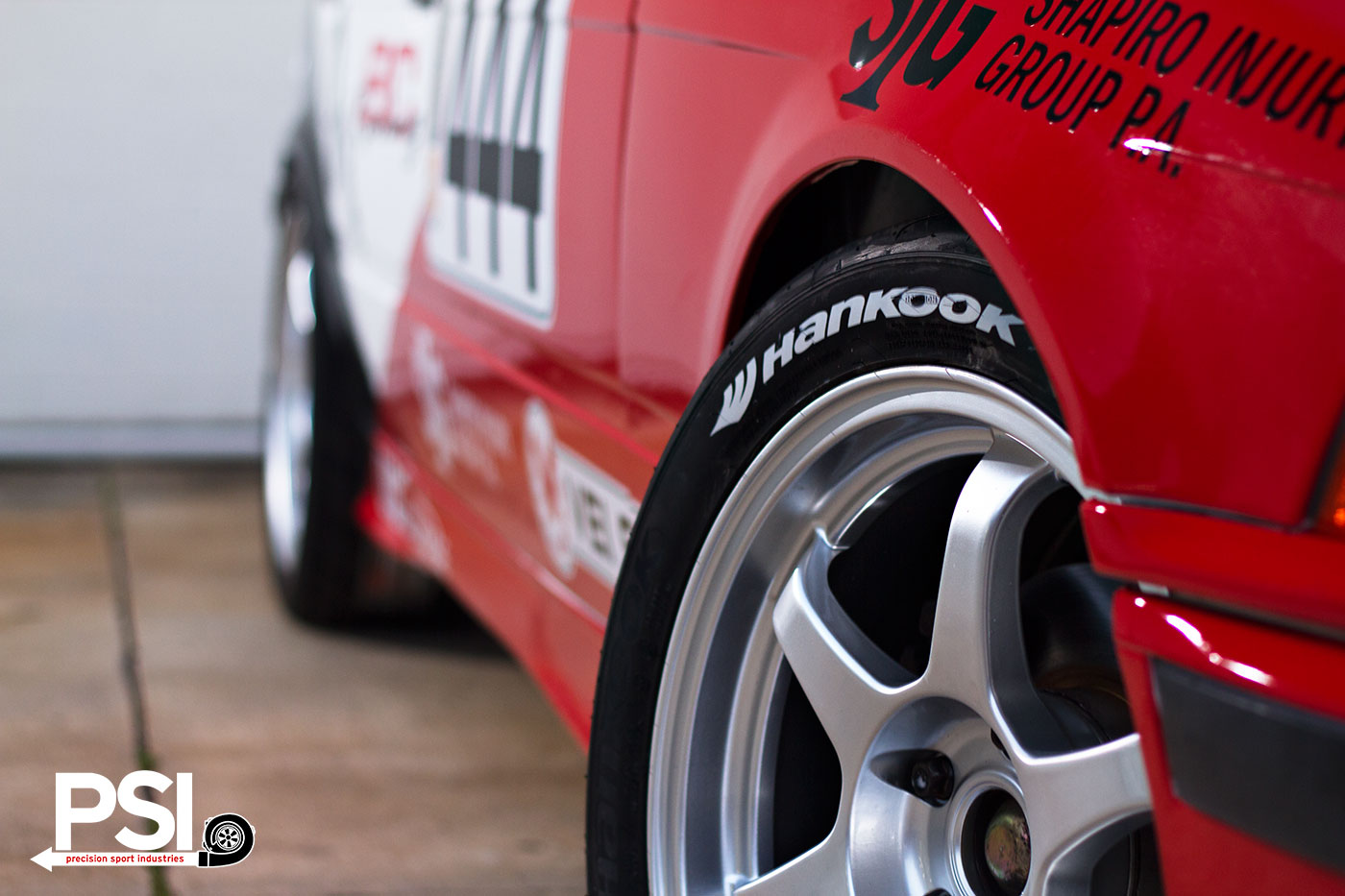 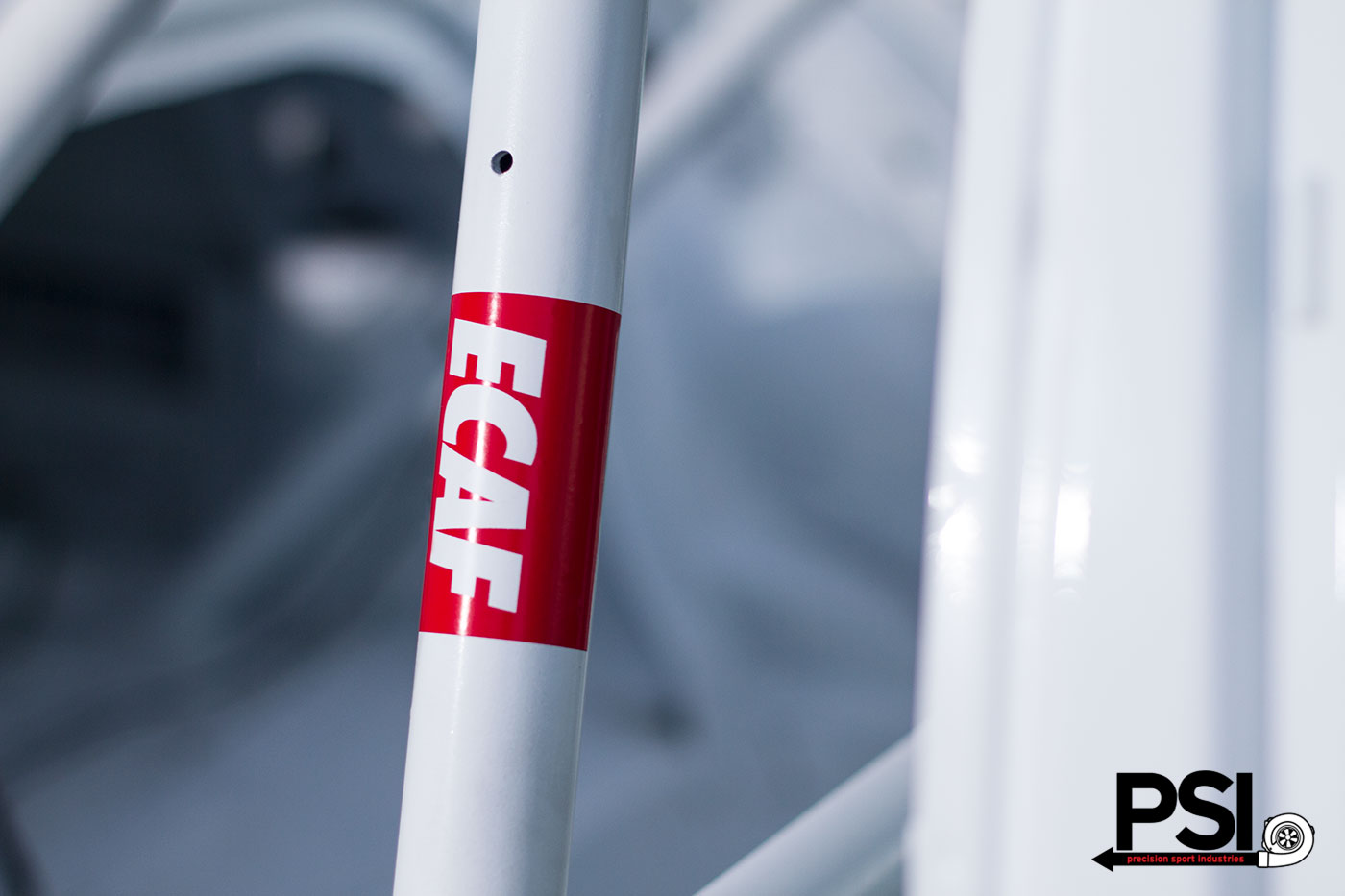 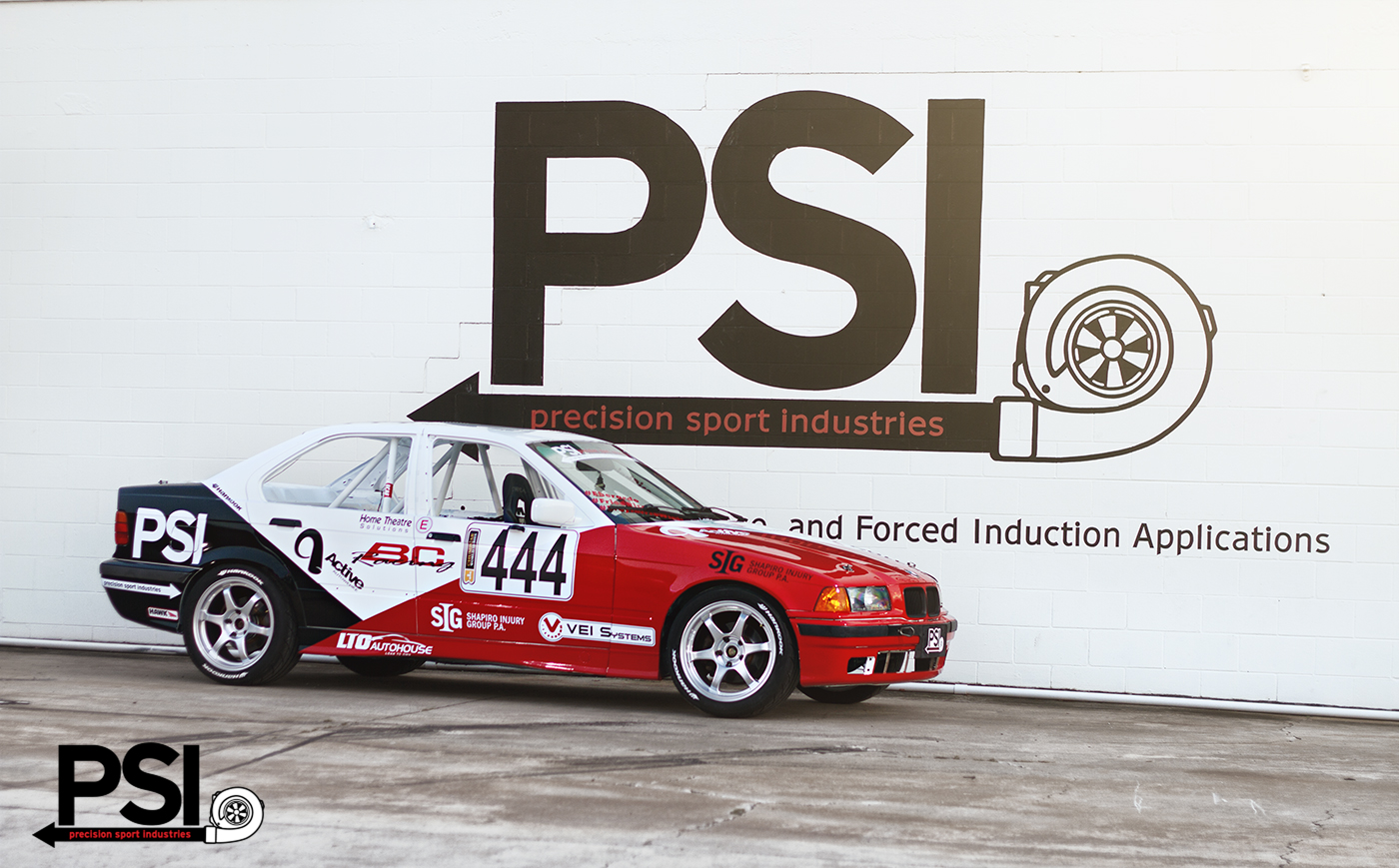 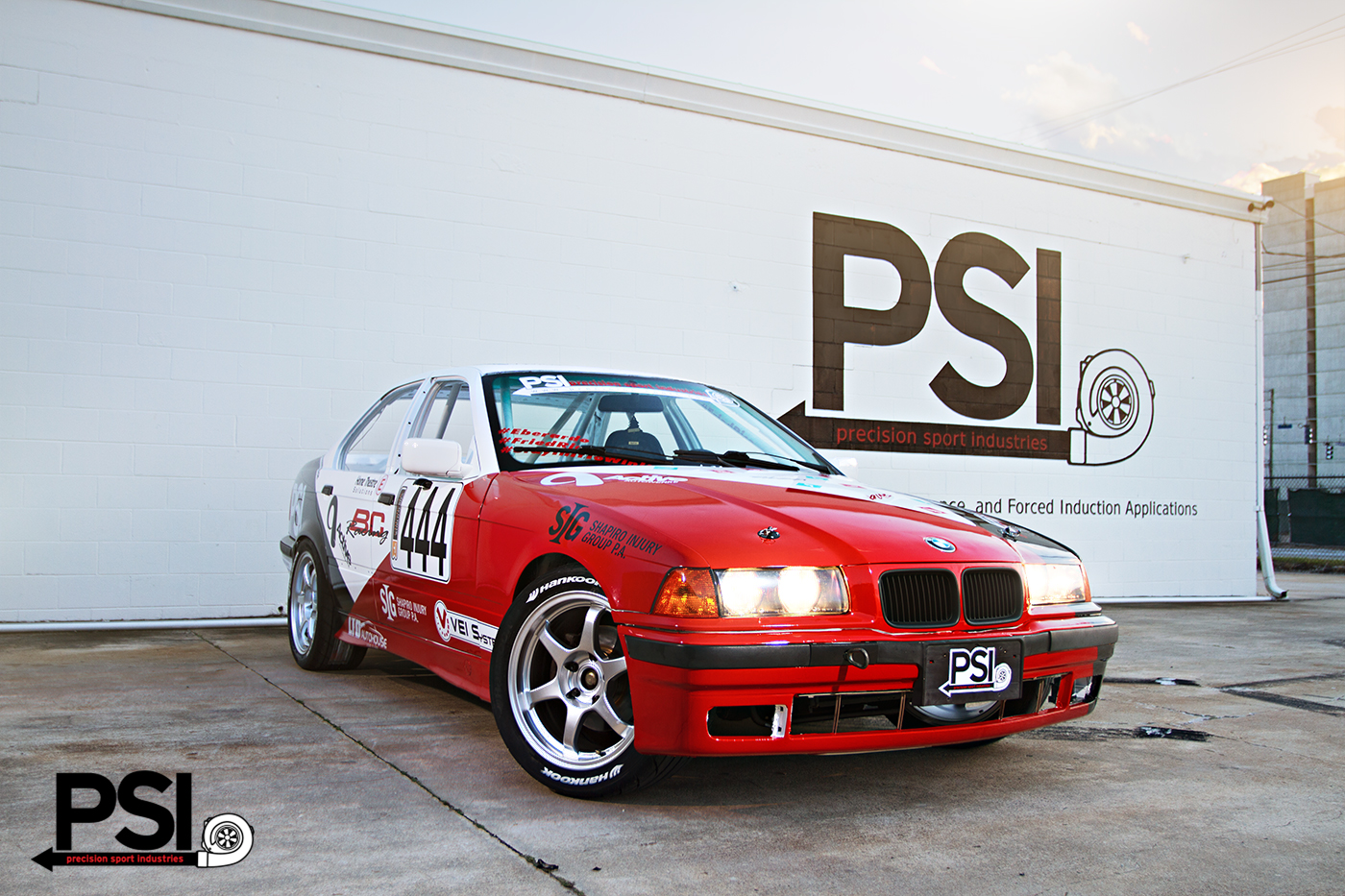 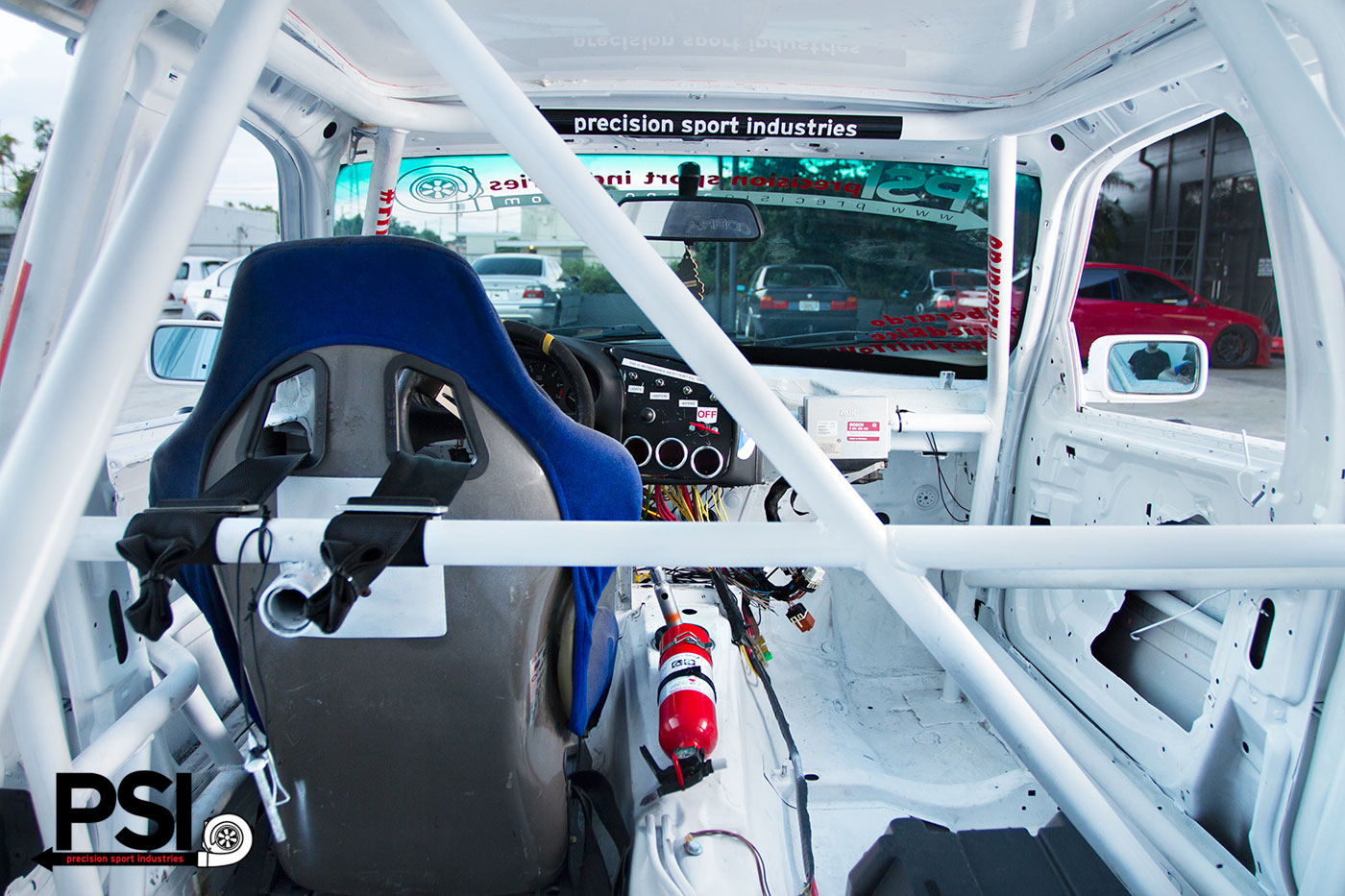 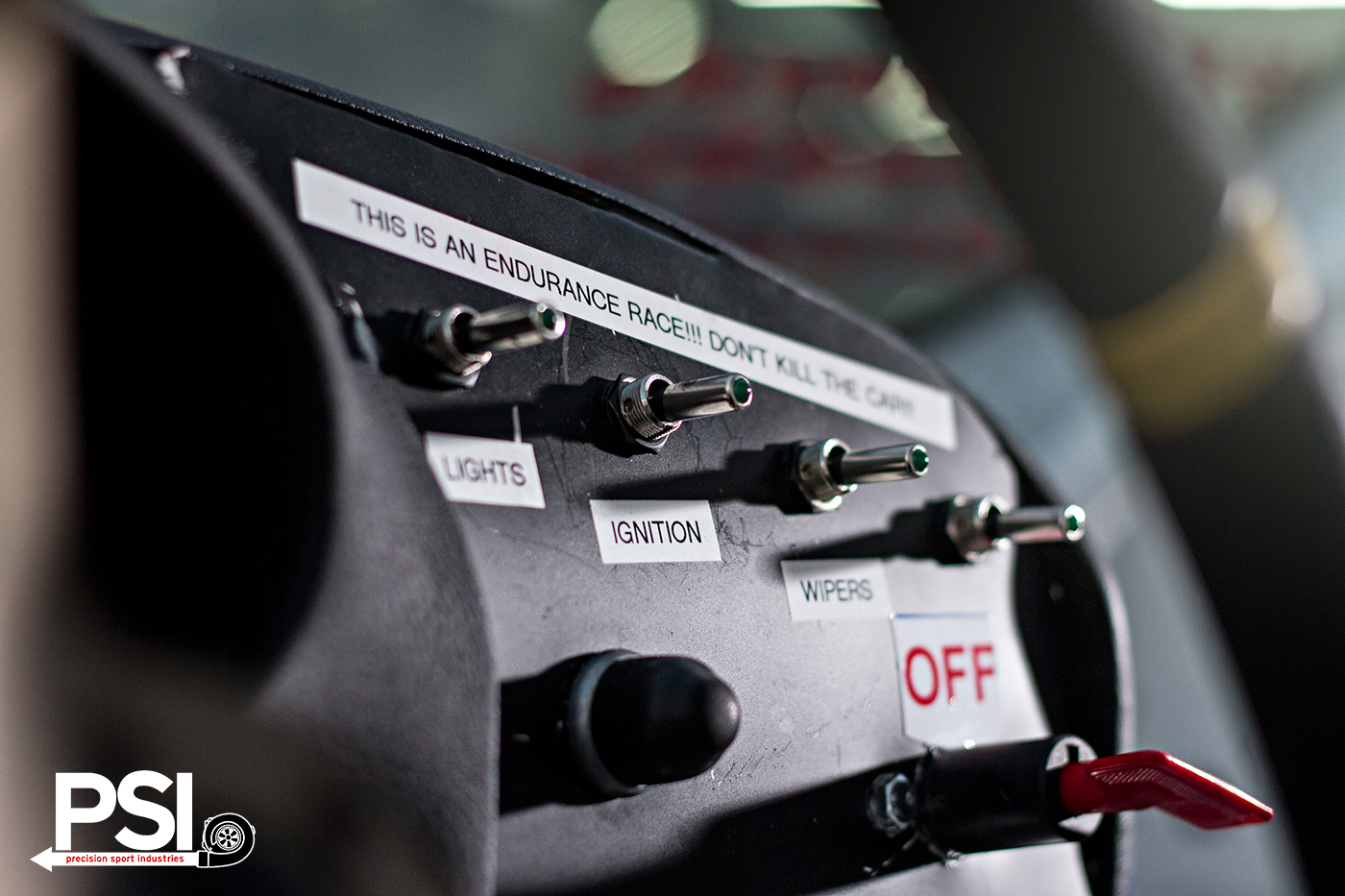 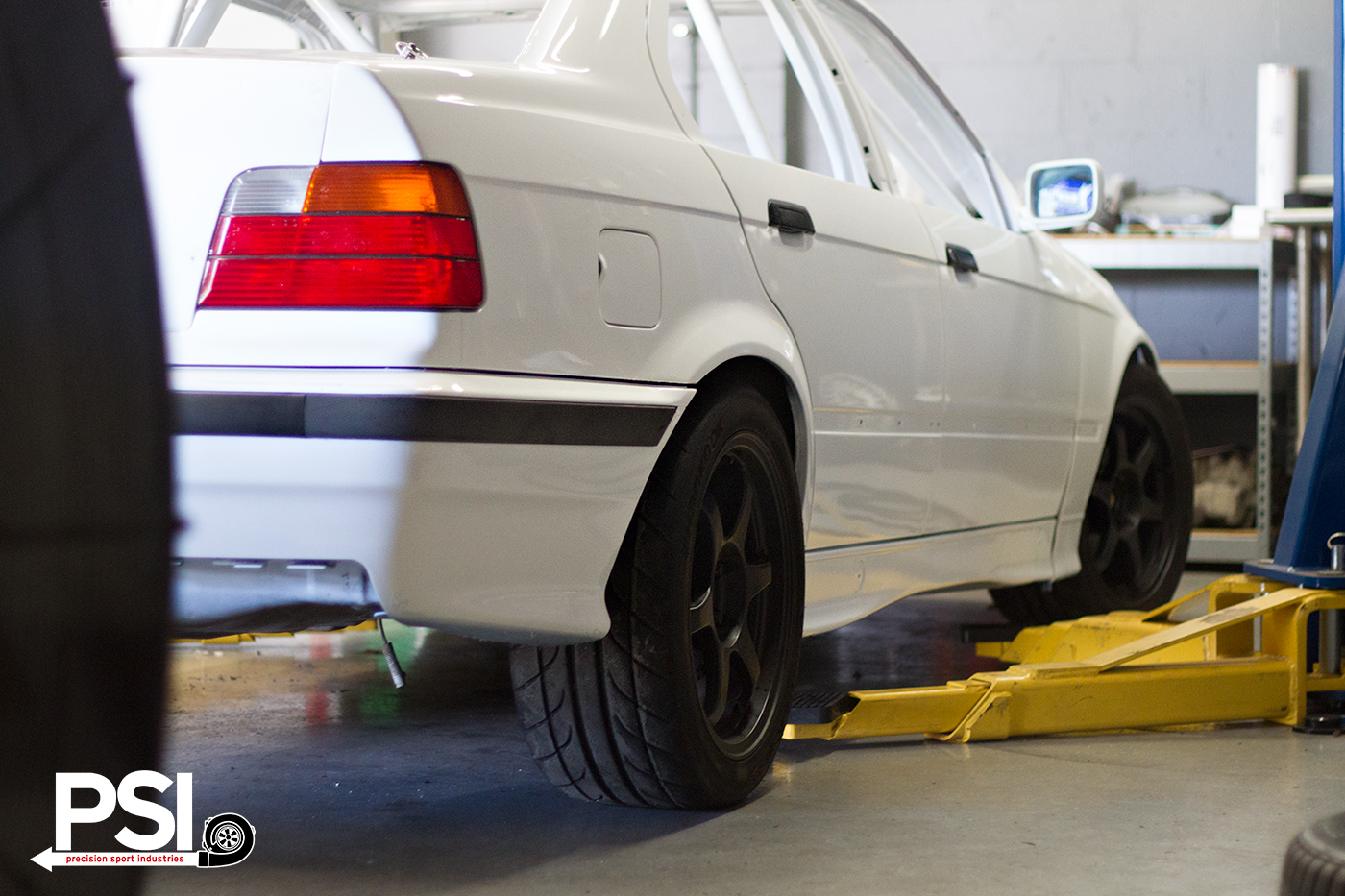 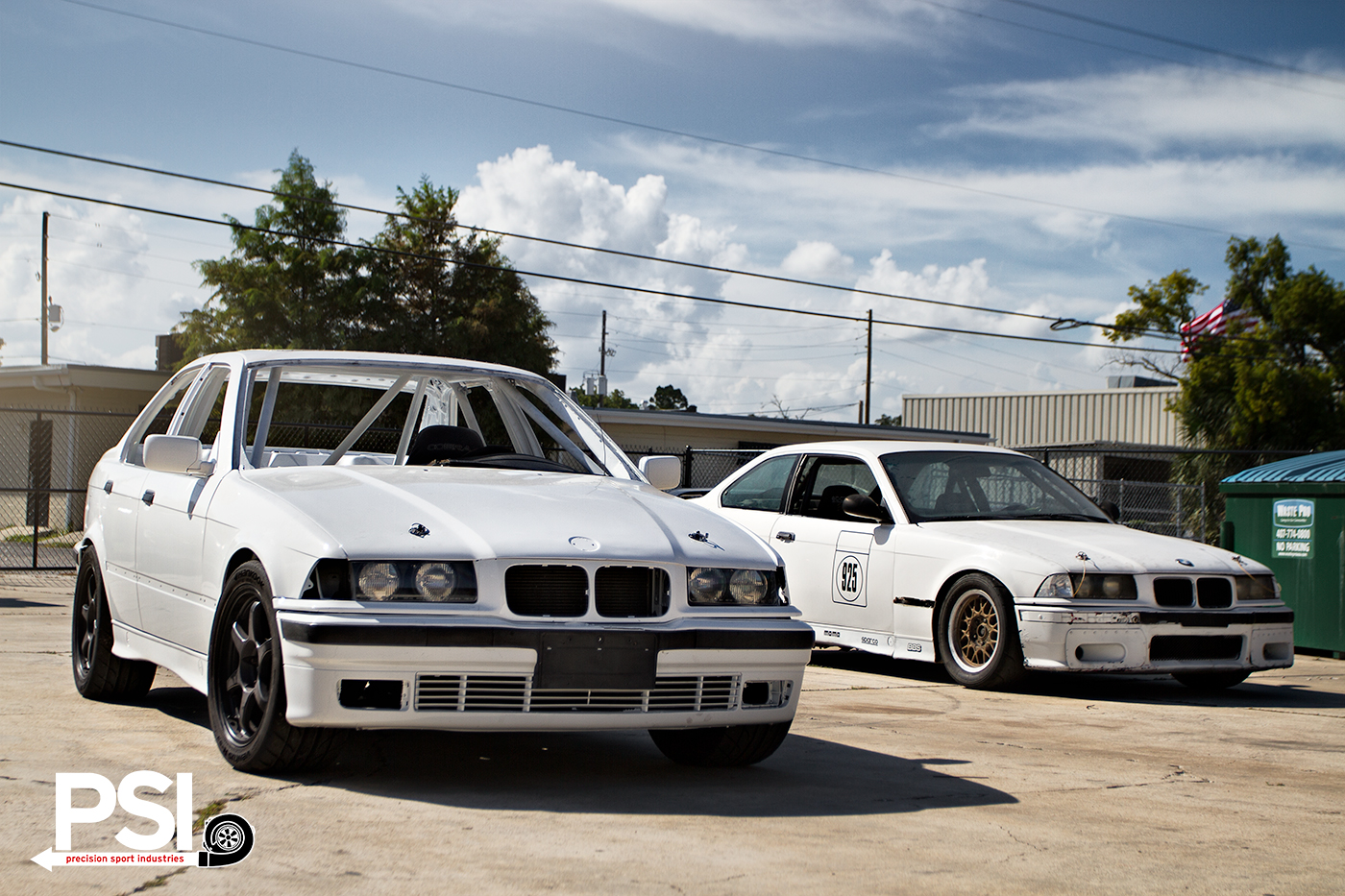 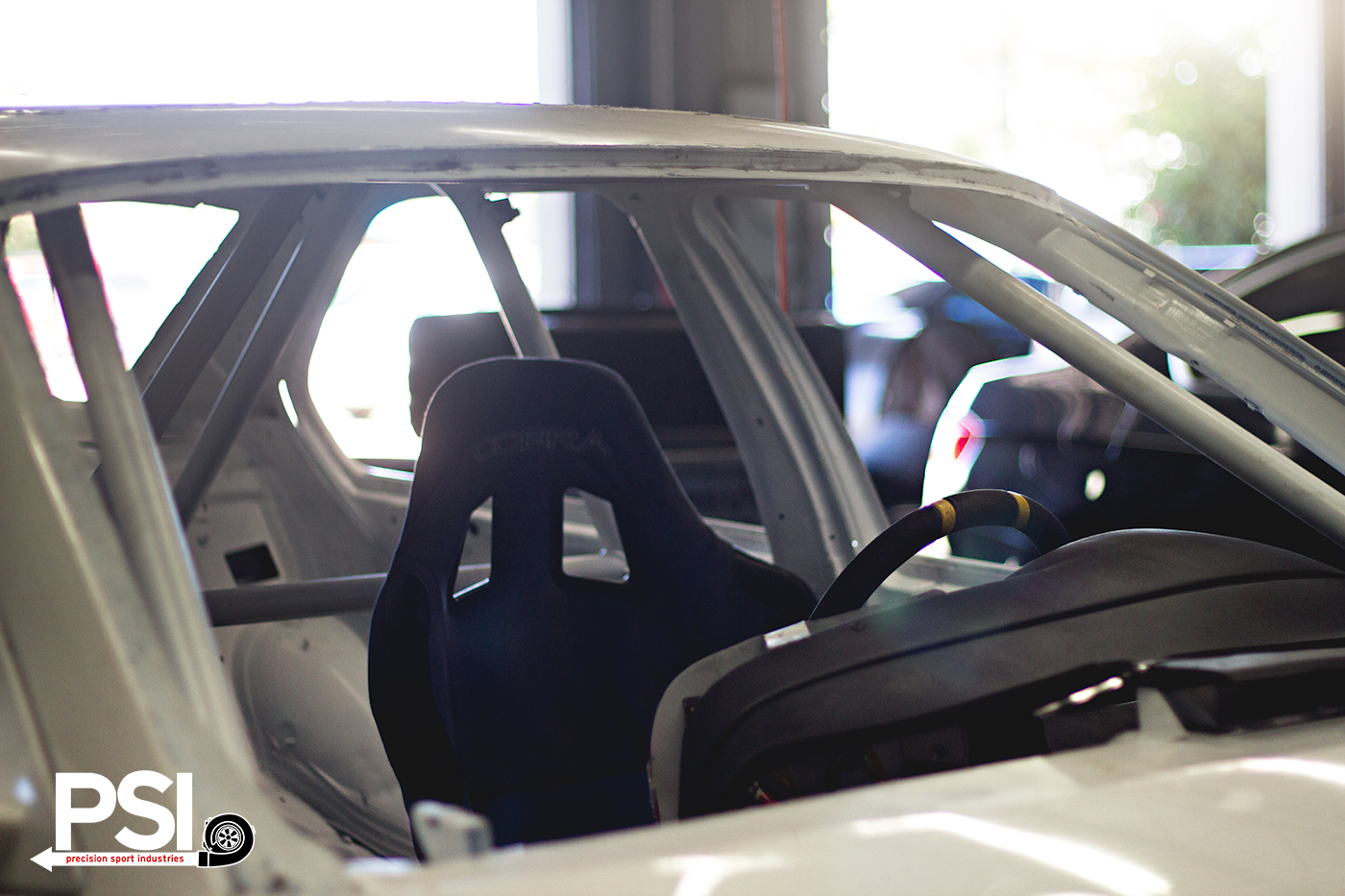 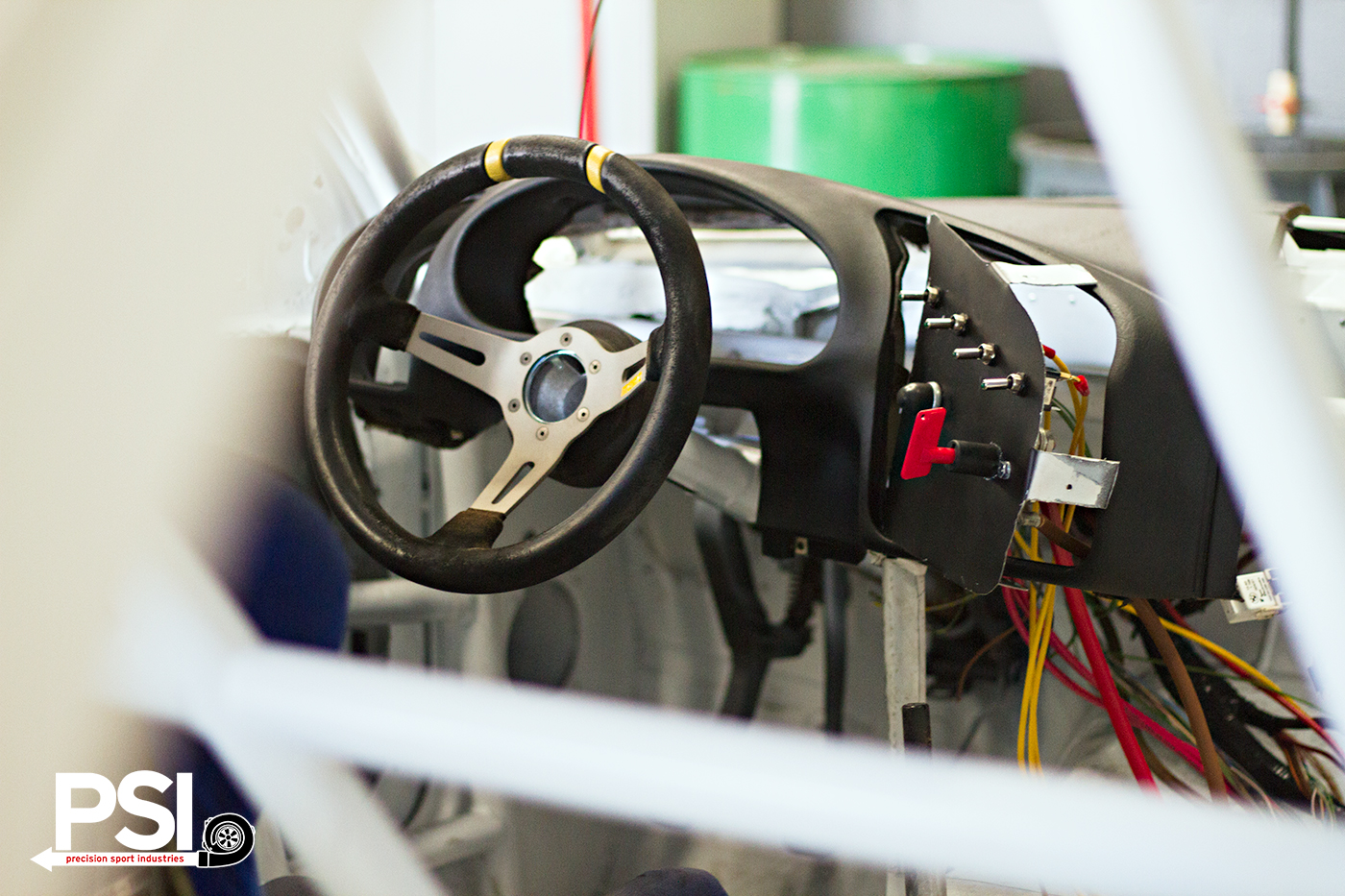