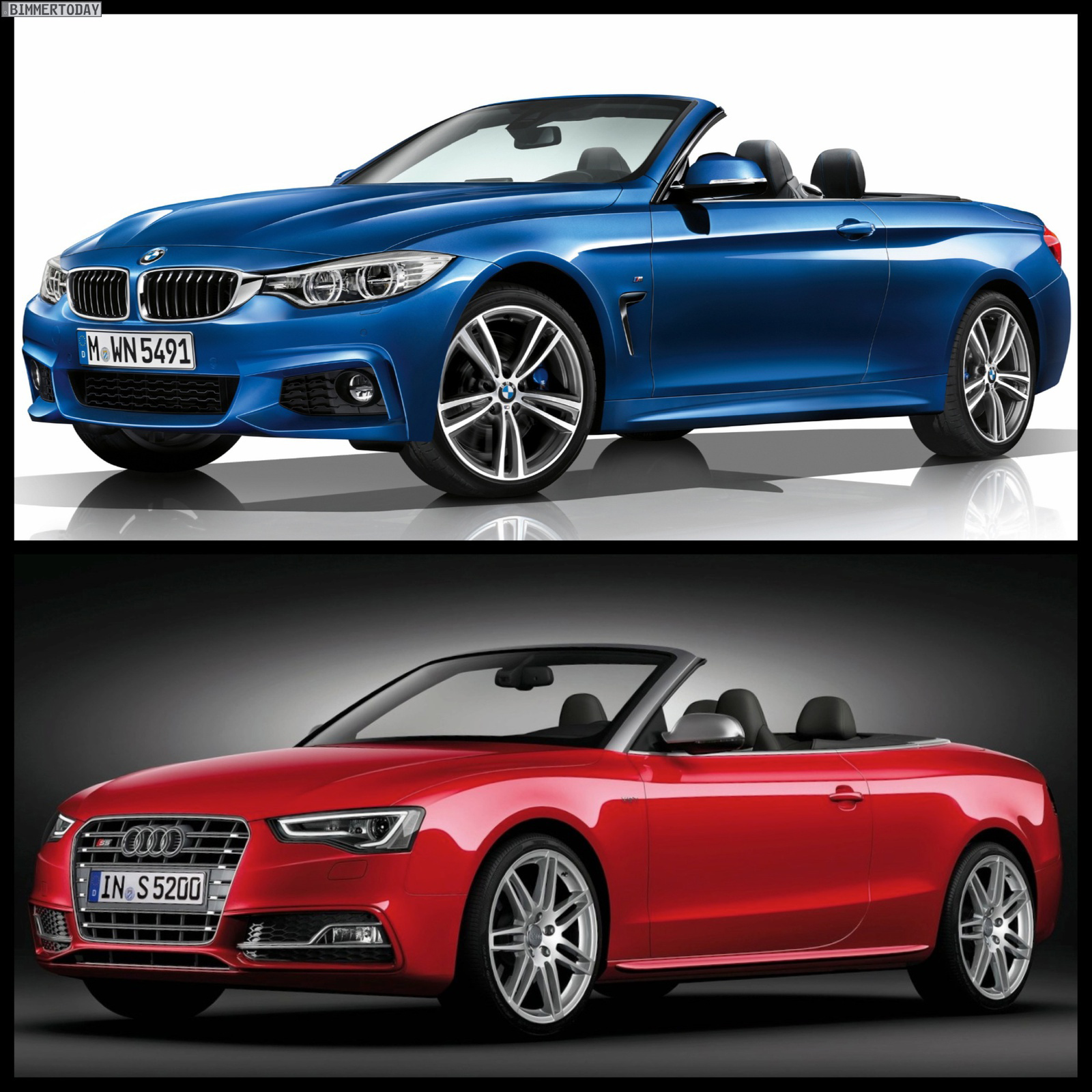 BMWBLOG puts together a photo comparison of the newly-unveiled BMW 4 Series Convertible and the 2013 Audi S5 Convertible.

We chose the M Sport variant of the F33 BMW 4 Series Convertible to see how it measures, design wise and specs, against Audi’s top-end cabriolet, the S5. Under the hood, the new BMW 435i sports the same N55 engine as the 435i Coupe,  306 horsepower coming from a six-cylinder. The Audi S5 Cabrio outputs 333 horsepower from a V6 engine.

Despite the 27 horsepower shortage, the BMW 435i Convertible with its lower weight (140 kg less than S5 Cabrio) is expected to keep up on straight line with its counterpart. Even an xDrive version of the 435i Cabrio will still weigh less than the Audi S5 Cabrio. 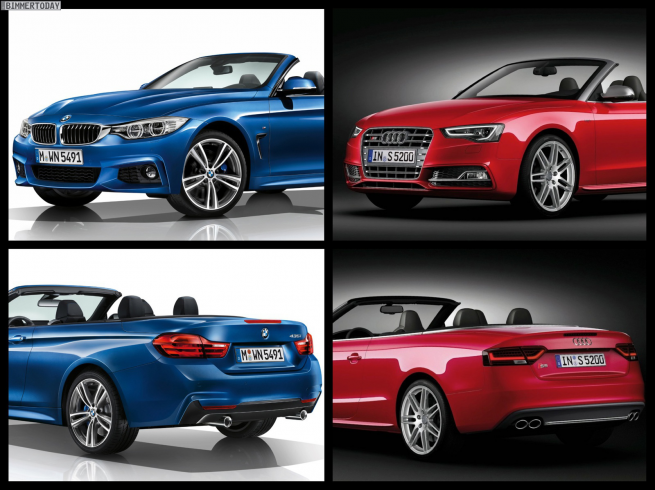 The S5 is offered exclusively with seven-speed Stronic which takes the car from 0 to 62 mph in 5.4 seconds, just slightly ahead of the rear-wheel drive BMW 435i Convertible, which depending on the transmission, reports 5.5 or 5.6 seconds for the standard sprint.

When it comes to consumption, on the paper, the BMW 435i Convertible reports 7.5 to 8.1 liters in the EU cycle while the Audi has an average of 8.5 liters. 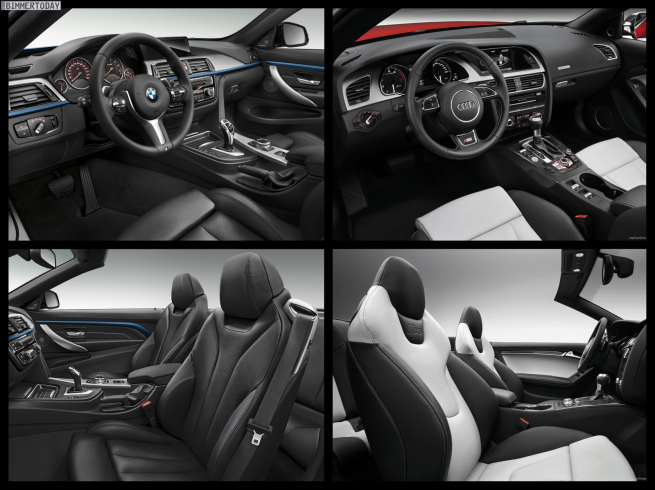 Design wise both vehicles feature attractive lines and silhouettes, following their own design language within the brand. The S5 comes with that typical bold look and oversized grille, while the 435i Cabrio adheres to the guidelines of premium, sporty and dynamics bimmers.

Which of the two sharp middle-class convertibles looks better is simply a matter of taste at this point, but feel free to let us know in the comments section below.