Comparison: BMW i3 vs VW e-Up 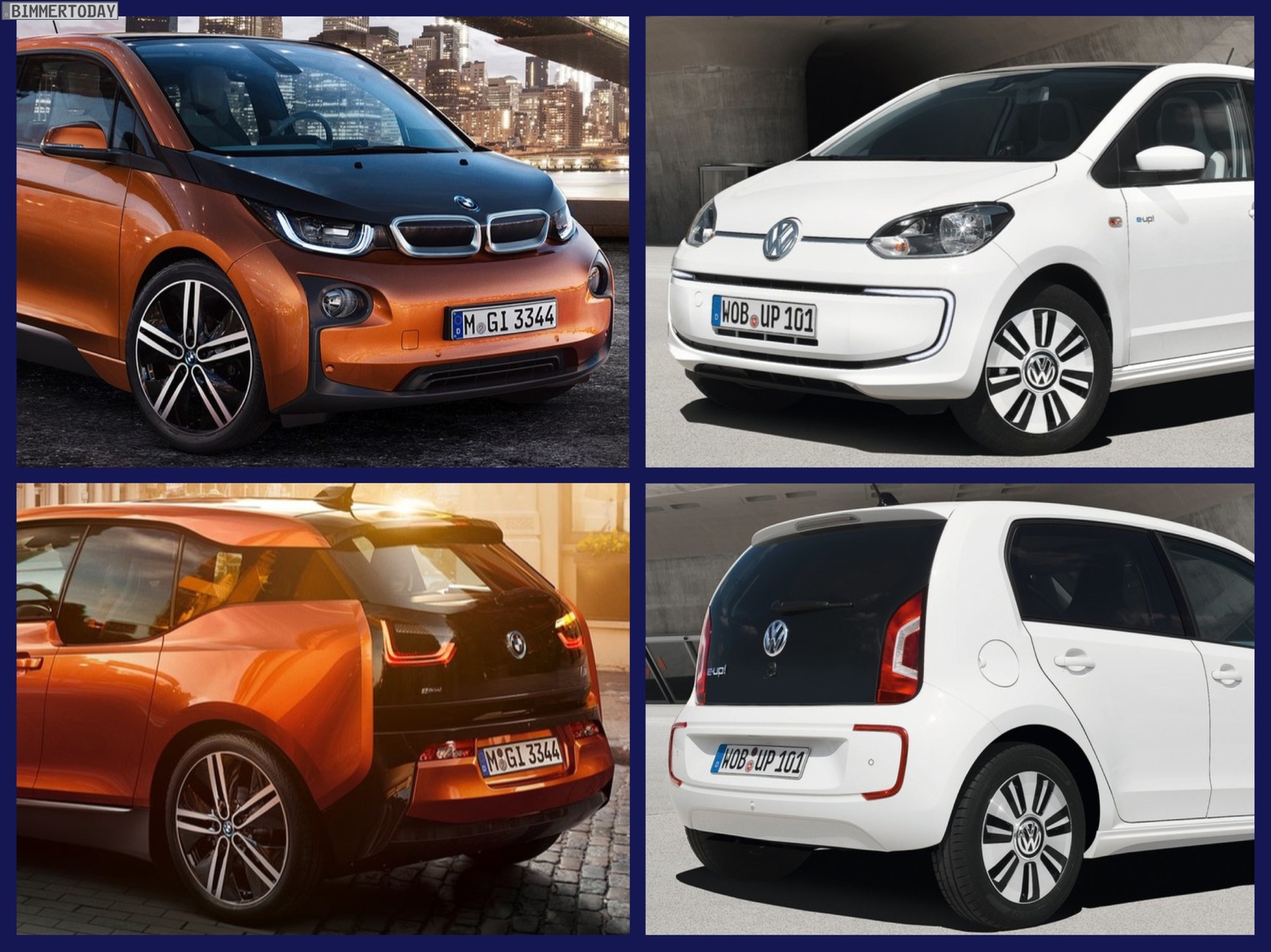 Comparing the BMW i3 and VW e-Up a little closer and we ca notice some significant differences. With an overall length of 3.54 meters, the e-Up is about half a meter shorter than the BMW i3. The i3 gets 80-100 miles real-world EV range. 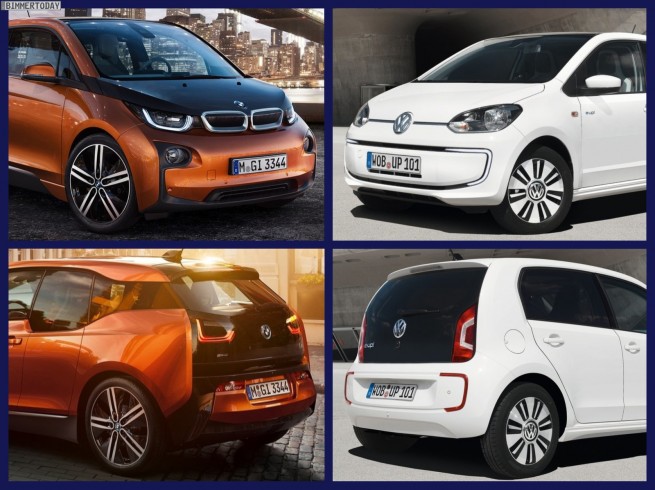 Real life stats will be available sometime in the future but for now let’s have a look at a visual comparison. 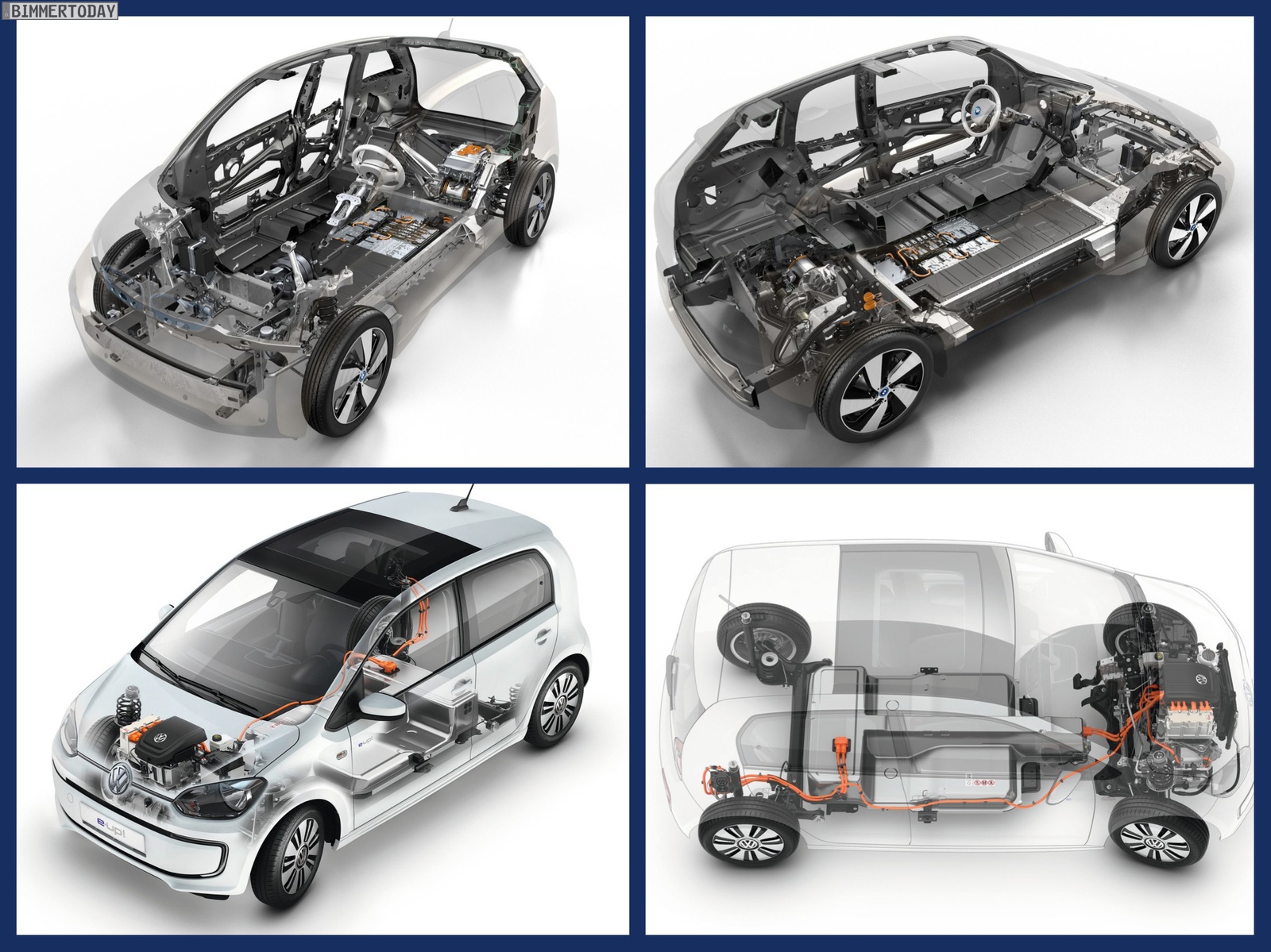