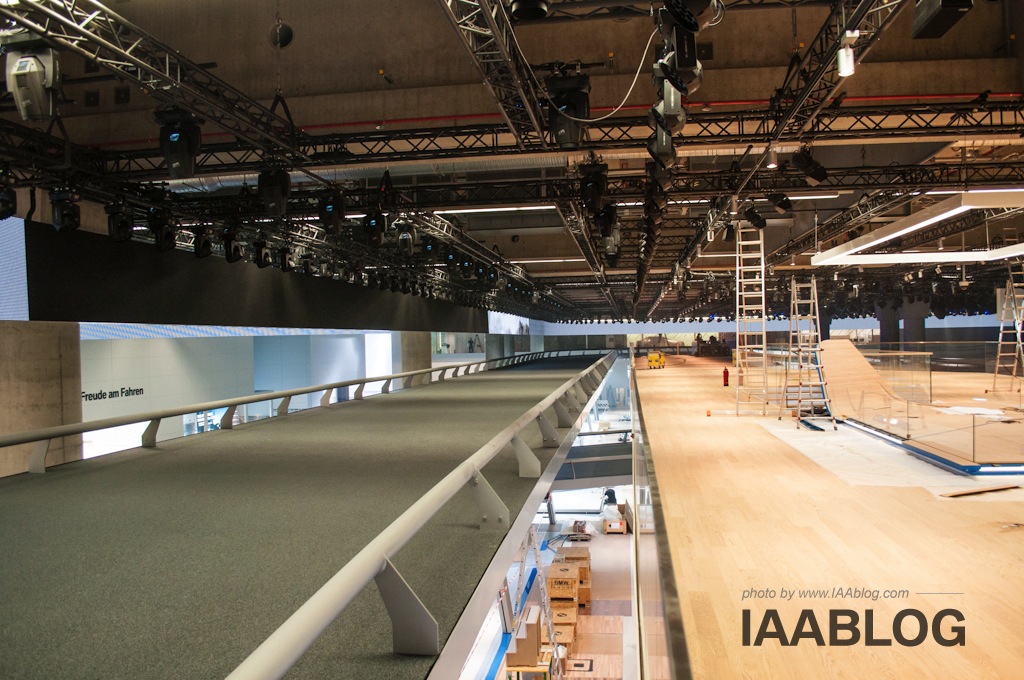 In a week for now the 2013 Frankfurt Auto Show will open its doors to media representatives from around the world. Every two years BMW puts up an impressive show in Frankfurt and just like in the past Hall 11 becomes their home turf in September.

As IAABlog reports, the construction is still in progress but even at this stage in the process it looks impressive. The core feature of the BMW stand is the suspended track which is 280 meters long and runs parallel to the main visitor area. Two cars can run in parallel if needed, nearly 50cm away from each other. There will be a total of twenty four cars running on the track, from the new BMW i3 to the M supercars.

In addition, BMW says that 62 vehicles will be present in Hall 11. 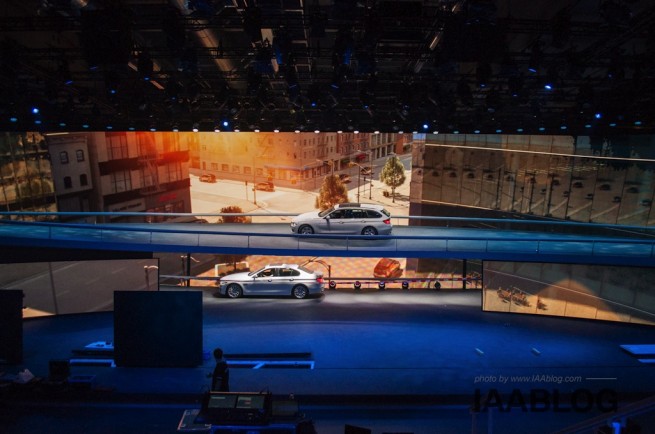 As always BMWBLOG will report live from Frankfurt so expect a series of image galleries, videos and exclusive interviews with designers and product managers. 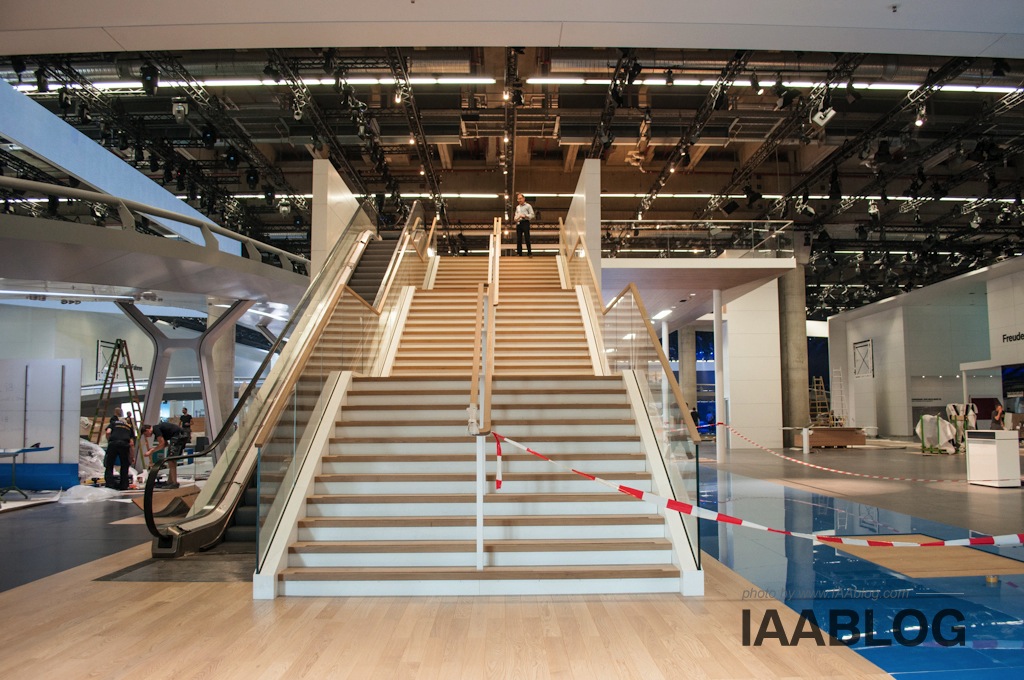 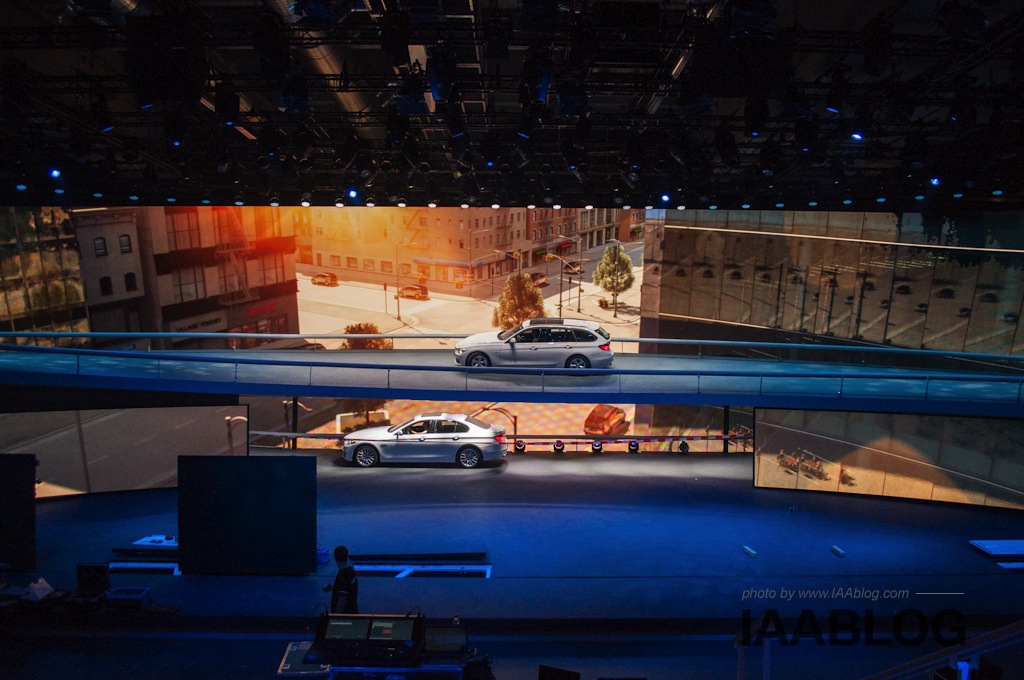 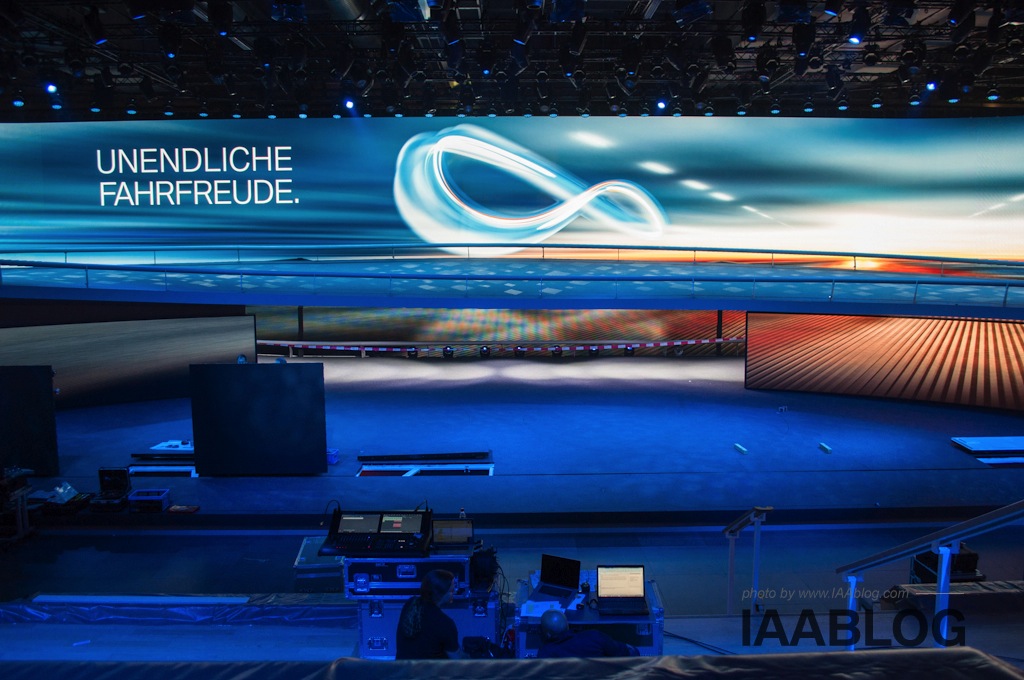 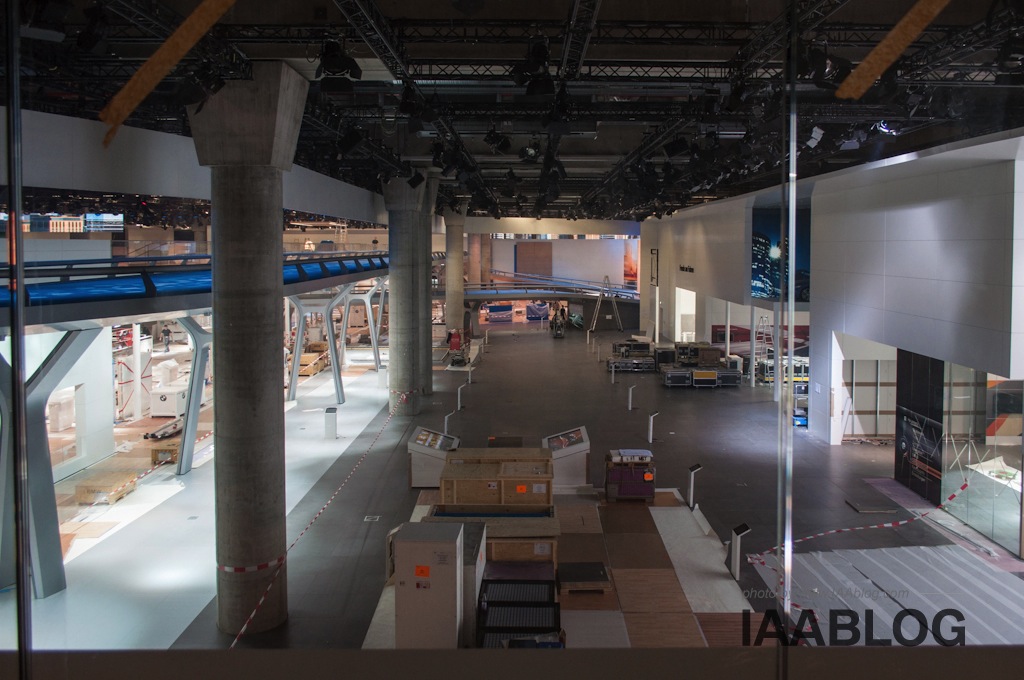 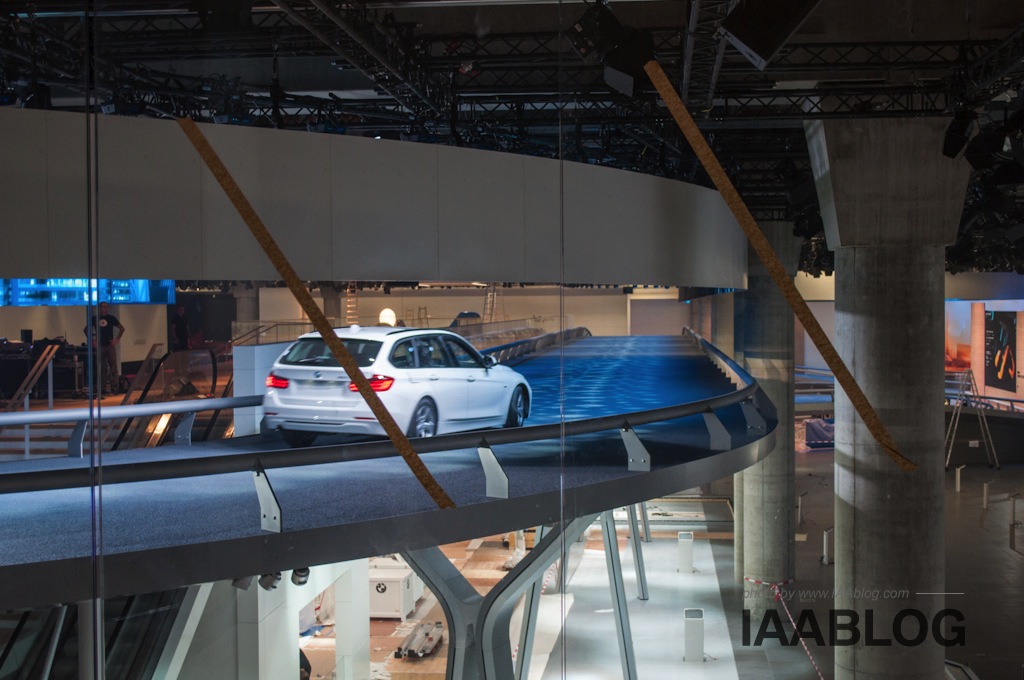 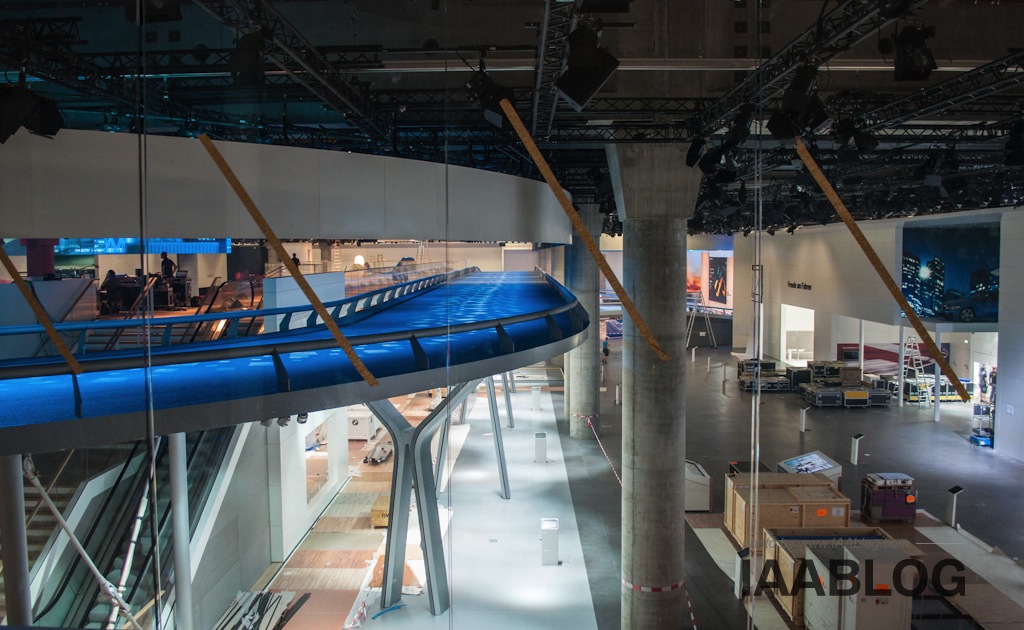 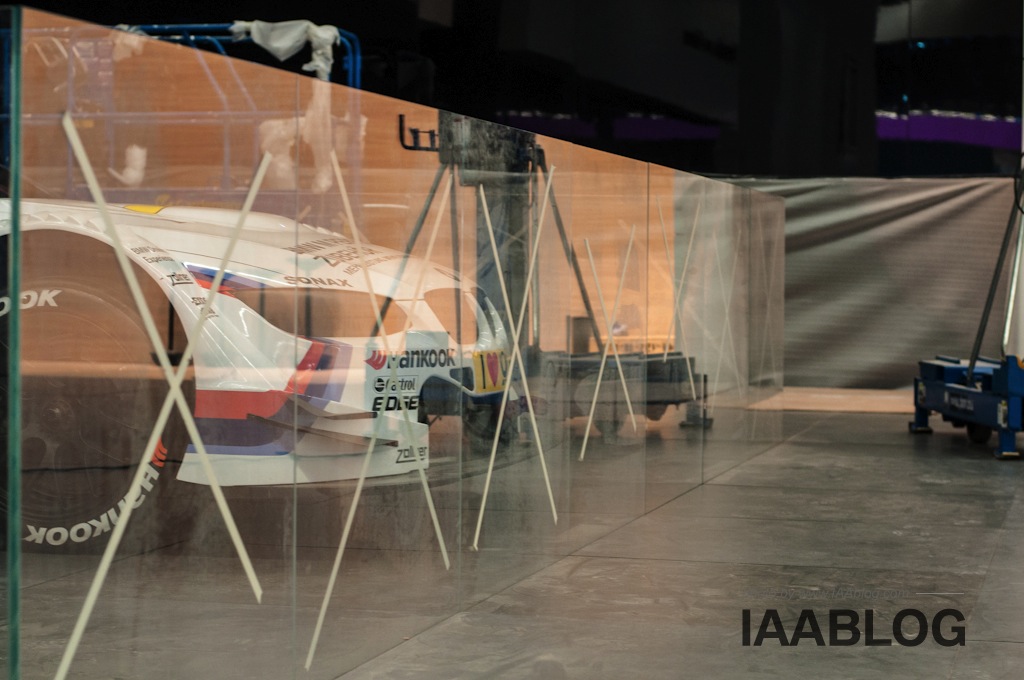