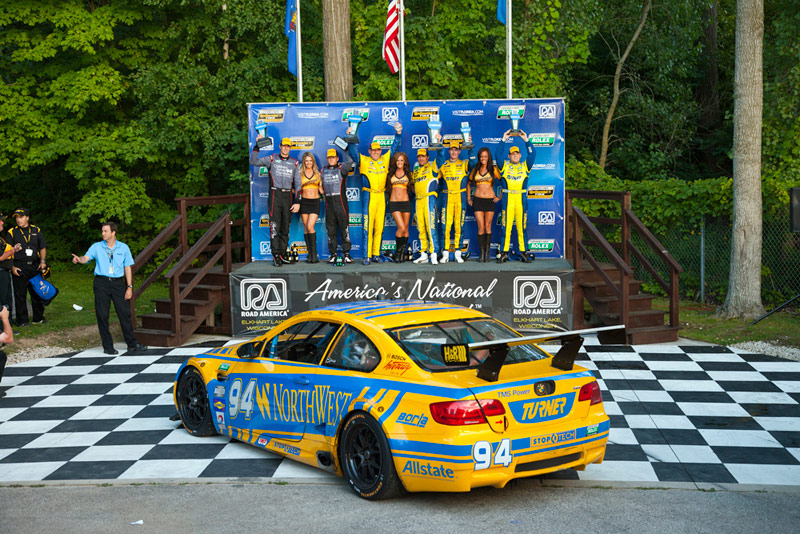 The podium at Road America in Elkhart Lake, WI was flooded with blue and yellow as the Turner Motorsport team captured two GT class podiums in the VisitFlorida.com Sports Car 250 on Saturday. It appears that success in 2013 comes in pairs as this is the third time this season that two Turner M3’s have made the podium in the same day. This time, Turner managed two BMWs in the same class, in the same race, to make the podium.

Following a career best qualifying by Paul Dalla Lana, the No. 94 GT Class M3 started second in Saturday’s race and remained up front for the entire race. After several battles the No. 94 of Bill Auberlen took the lead from the No.61 Ferrari, only to give it up ten minutes later to pit under caution for what seemed like a risky strategy call. With twenty minutes remaining, Auberlen drove to the inside of the No. 73 Porsche in turn 5 to regain the lead. With only five minutes remaining Auberlen had a comfortable 4.722 second lead allowing him to drive to victory for the third time this season in the No. 94 GT class M3. 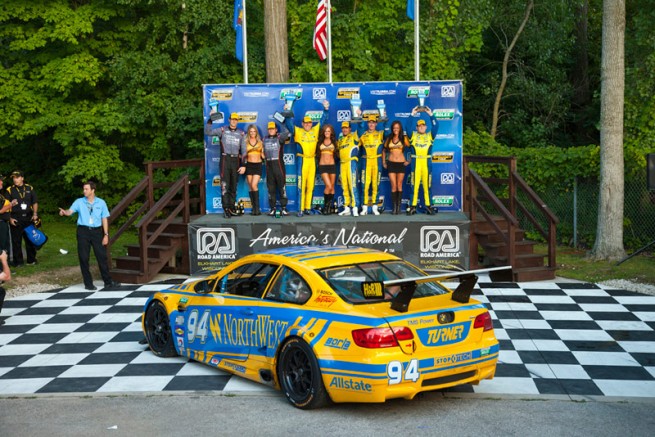 The No. 93 of Michael Marsal and Maxime Martin started P8 dropping to the back of the pack only minutes into the race after Marsal was hit by a Porsche in turn five. Marsal continued on to finish a resilient stint, handing the No. 93 off to Maxime Martin with about an hour and a half remaining. Martin charged through the pack to make his way up to third position with thirty minutes remaining. Martin made several attempts to get around the No. 73 Porsche, ultimately running out of time to finish third.

“My first GT podium!” Michael Marsal exclaimed, “Such a great ending to a race that started a bit rocky after being almost spun out only a couple minutes into it. I managed to regain my focus and keep the car in good position to hand it over to my teammate Max (Martin). His strong stint combined with a fantastic strategy move allowed us to finish on the podium at a great track.” 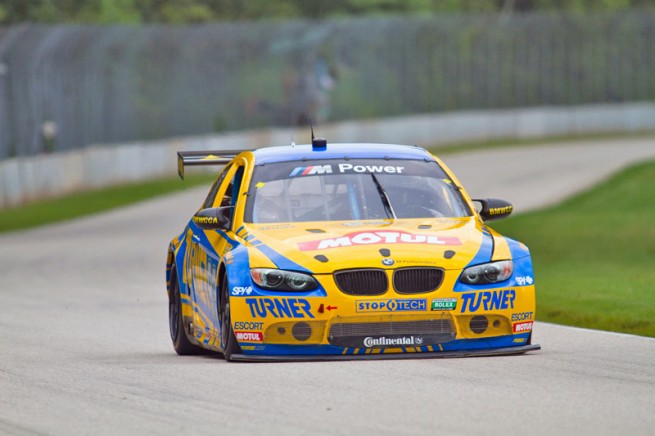 Don Salama; team strategist explained, “We expected that this race could come down to the right fuel strategy, however I didn’t expect it to come so close. Both cars ran out of fuel right after taking the checkered flag. We made a unique call with a little over an hour to go with a full course yellow.This call put our cars in P2 and P3 with 30 minutes to go while many other front runners needed to come in for a splash and go (of fuel). Bill then made a great move for the lead and we made sure he and Max (Martin) managed every drop of fuel from that point on.”

The team will make a quick turnaround to head to Kansas Speedway for the next round of Grand Am road racing action this coming weekend. The Rolex Series race will be televised LIVE from Kansas on Saturday August 17th at 8:00pm ET on the newly branded Fox Sports 2. 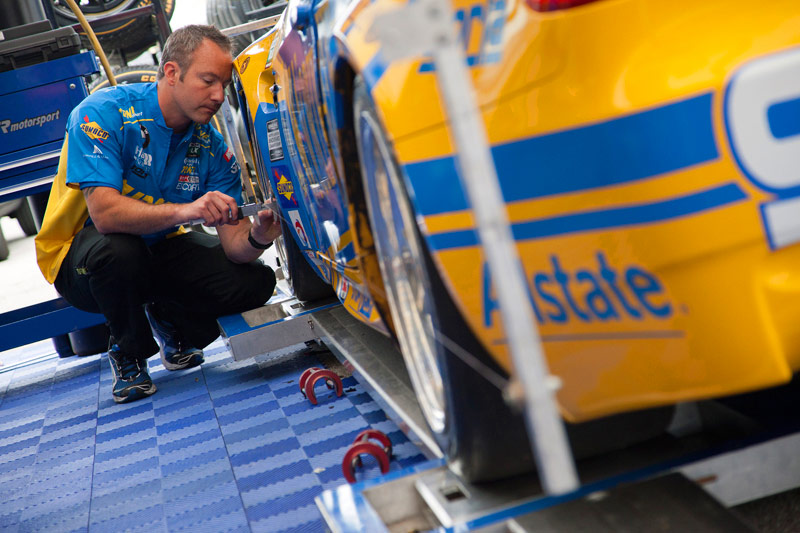 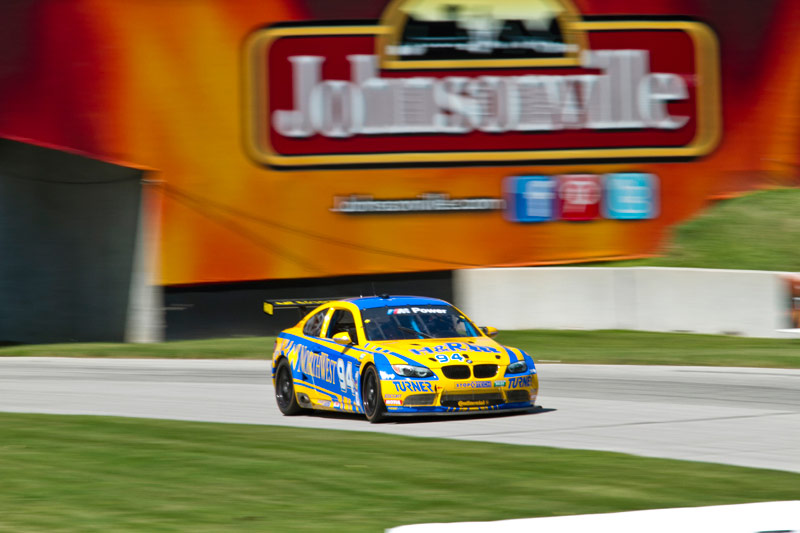 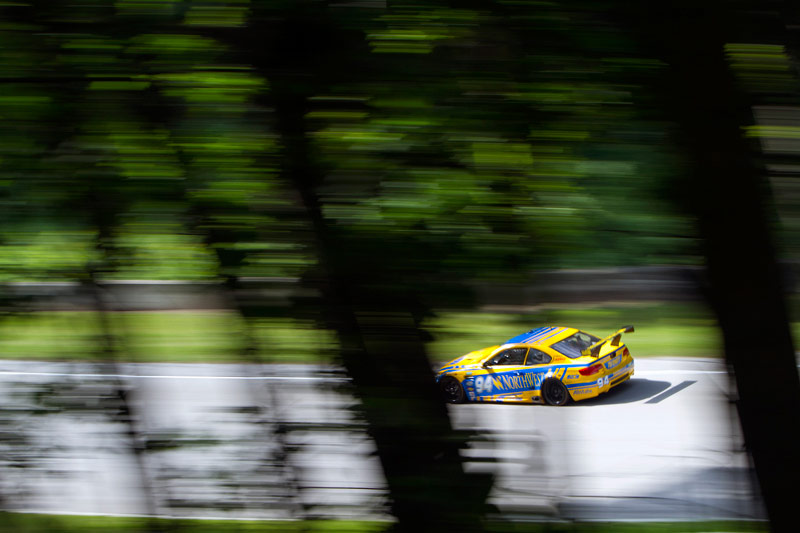 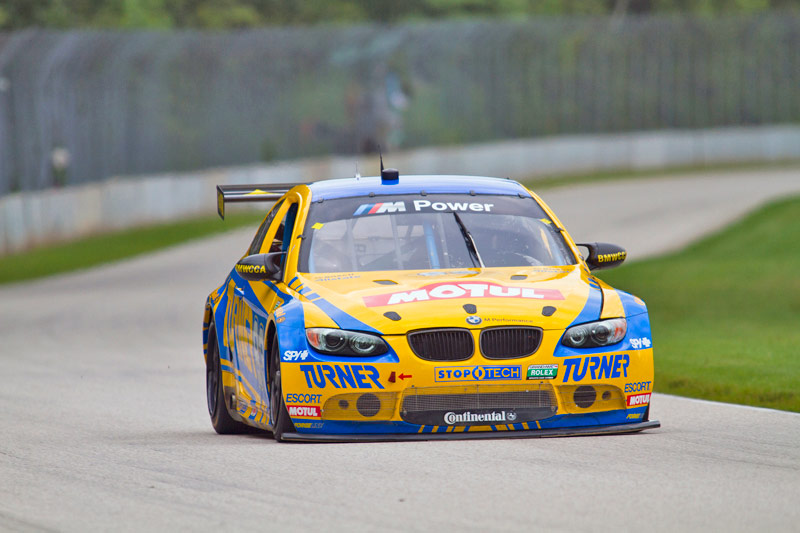 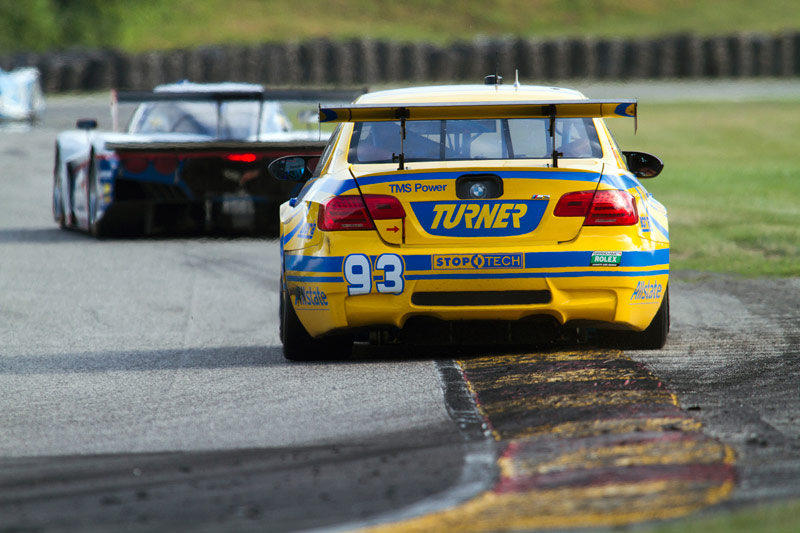