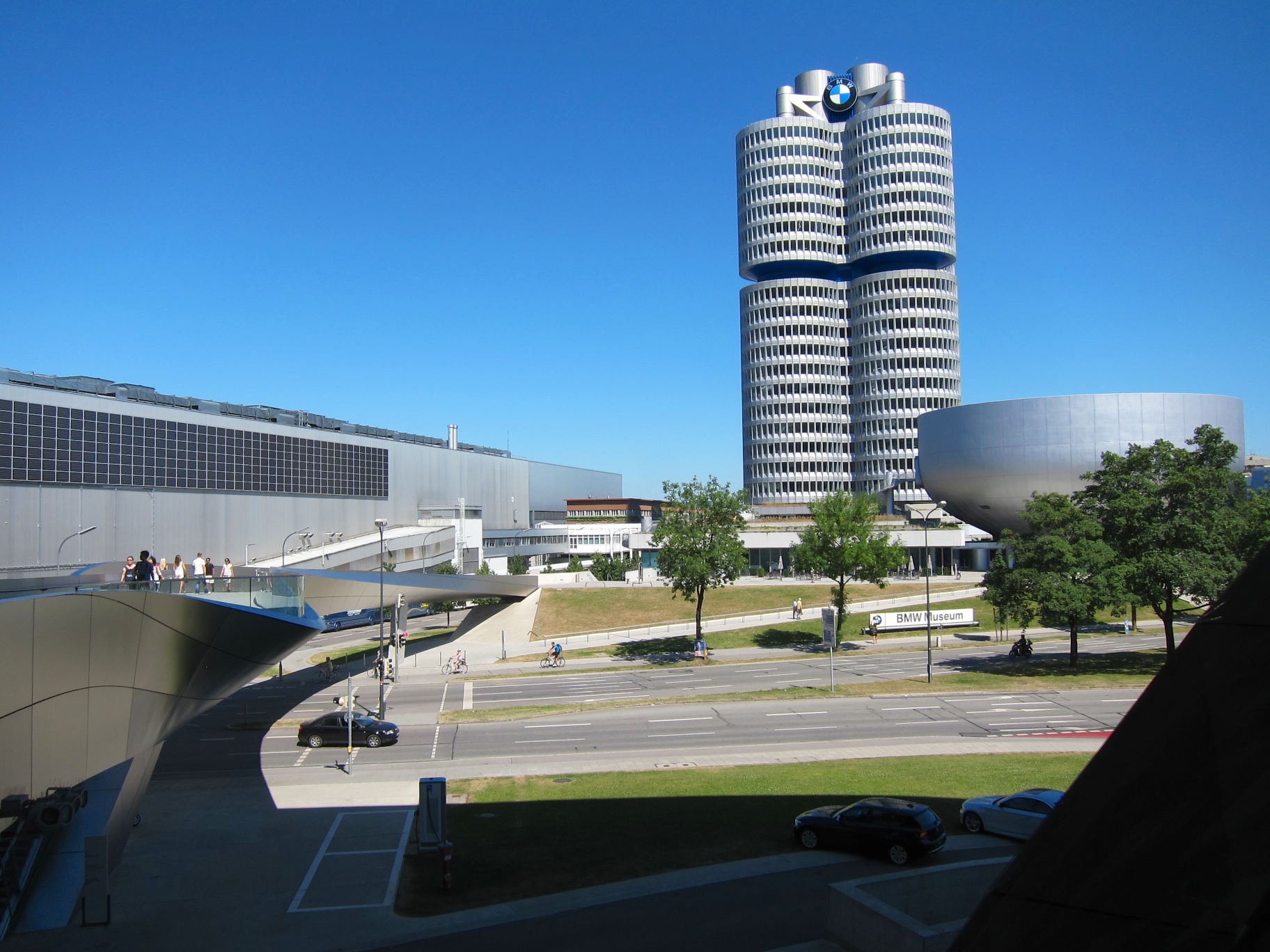 The BMW factory tour in Munich is a must see for any BMW enthusiast. It’s 2 hrs, 20 minutes of pure BMW gear head heaven. I went on the 4PM tour and was initially worried that the BMW factory line might end for the day while we were on tour. Fear not because the 9000 employees work five 24-hr days Monday through Friday in the 79,765 square meter plant. The whole time we were on the tour the line was in constant motion producing 900 BMWs a day. The the two days the plant is shut down, Saturday and Sunday, are for a thorough cleaning and maintenance on the equipment.

To make an Ultimate Driving Machine come to life over the 3.5 kilometer long serpiginous path, it takes just a mere 40 hours. The Munich factory makes three BMWs: the F30 3 Series Sedan, the F31 3 Series Wagon and the F32 4 Series Coupe. Unbeknownst to me, the Munich factory also makes some great BMW motors. The N20 2.0 liter four-cylinder, the N63 4.4 liter V8, the screaming S65 V8 M3 motor in its last months of production and the V12 that goes in Rolls Royce and the 760i. The BMW Factory can make 3500 N20 motors a day because its production process is over 50% mechanized but only 30 of the V12 motors because they require a high degree of hand assembly.

To start the tour, you meet at the Welt just behind the Souvenir Shop. Following the signs lead you to a small room that seats thirty where you watch a short film on BMW’s history and get some cool headsets that allow you to hear the tour conductor speak in a very loud factory. A decent walkthrough the Welt and across the bridge up over the street towards the four-cylinder building and off to the left delivers you to the factory gate. This is the point at which all cell phones and cameras must be turned off and stowed.

The first part factory was the most industrial looking and reminded me of a steel mill which was as large as two football fields and seemed a 100 feet tall in a 238,000 sq feet building. There where large cranes that ran on overhead tracks to shuttle different molds to the presses. These molds then fit into either of the two 2,000 ton Schuler Presses which sit atop some massive shock absorbers so that the slamming press action which compresses the zinc coated steel doesn’t bother the neighbors..

This video is by BMW of production of the E90 chassis at Munich’s BMW Plant but let’s you see the plant in action.

Pressed body panels get trimmed and paired up with the chassis pieces. Pivoting flying rotating robots arms go precisely where welds are needed. I was amazed at how close the tour gets to the flying sparks though they are behind safety glass. The robots pinch both sides of the panel and then blast electricity through creating perfect spot welds. These welding tips on the robots wear out and the robots keep track and rotate the tip out and change them. Their spent copper tips popped off in a basket for recycling.

To keep things running smoothly and avoid any waste, each BMW is built to order. Parts not produced in the Munich factory show up in a “just-in-time” manner.

Sometimes this necessitates that BMW store an unpainted galvanized warehouse. You’d think this part of the tour would be boring, but you’d be wrong because each galvanized shell is parked via an automated parking robot. Once the rest of the pieces have shown up in the factory, the robot then removes the galvanized shell and places back on to the line. The warehouse can hold up to 140 cars at a time.

Moving on, the body gets prepped for paint and even more rust protection. So if the whole body is made from zinc coated galvanized steel, does a BMW still need more rust protection? Well, the dip baths take care of the spots where the cuts were made during trimming and where the welds are. Hmm, I definitely didn’t know this before hand. Onto the paint booth. I could have stood at this portion for hours. I would have never guessed there was raging water flowing under the cars as they are being painted to catch the overspray for recycling. The robots arms open doors and spray the inside of the cars and then gently close them. Same goes for the hood too.

Right before the F3x body enters the paint booth, BMW uses emu feathers in a rotating whirling dervish manner reminiscent of a an automatic car wash brushes whirling away at the F3X body knocking any specks of dust. Amazingly the factory has the ability to paint each car coming down the line a different color. It just takes a couple of puffs out of the robots paint tips to clear the old paint out. We saw red followed by white, followed by black. An unreal amount of flexibility. Each robot in the paint booth is covered in a fine cloth cover to protect it from overspray. These covers a replaced weekly.

Given that Munich factory has been around since 1923 when it made motorcycles, it has an amazing amount of creative use of space because they had to fit the line into a confined space unlike the BMW’s Leipzig Plant (BMWBLOG visits the BMW Leipzig plant). On the tour you have to watch your step and mind where your head goes. The tour literally crosses the line. There’s a green/red light where the tour stops and gas tanks go by. We all piled up waiting to cross the line. When green we had just the perfect amount of time to cross before the light turned red and a gas tank went tootling by on the line.

The “marriage” part was fascinating. This is the part of the plant where the chassis with the drivetrain consisting of the motor and transmission as well as suspension components get paired up with the body. Interestingly it takes part in stages. The stage we saw paired it up but didn’t cinch it down to the final mounting points. Here on, BMW considers the mated pair of chassis and body, a BMW.

One of the more interesting automated process is where robots in stall the windshield. One robot holds the windshield upside down and spins the glass around applying the exact amount of glue in the exact location needed for the particular body. This robot then sits the glass down which is immediately picked up by another robot and swung around and sets it in place with just the right amount of pressure. The only glass not placed in via robot is the small triangular window that is behind the back doors in the 3 Series Wagon.

There’s so much more to describe with mechanical arms helping place the battery in the trunk, seats being placed, trim being applied. The marriage of the chassis to the body. It was just an incredible thing to watch happening right before your own eyes. BMW’s attention to detain is amazing as it’s their attention to the safety of the workers. The car will literally tilt up 45 degrees or more so the factory worker doesn’t have to bend over and strain themselves.

Reservations for the tour are taken up to 6 months in advance by contacting BMW via email at infowelt@bmw-welt.com. I tried unsuccessfully three times because my trip to Munich planning occurred after the plant tour reservations had already filled up. So if you end up like me and want a factory tour yet don’t have a reservation before you get there show up early the day you want to go. Definitely show before 10am for sure as the daily allotted walk in slots fill early. And wear some good walking shoes because the tour is over 3 km long! Sadly, photos are not allowed. This manufacturing process is so unique that it cannot be copied and used by competitors. No pictures. This was the hardest part of the tour for me. You literally see BMWs being made from the pressed panels being produced to the finished product.

As the factory operates only Monday through Friday, tours are during the work week. Prices for the tour are 8 Euros for adults and 5 Euros for kids aged 7-14.

The factory pics in this article are from BMW. 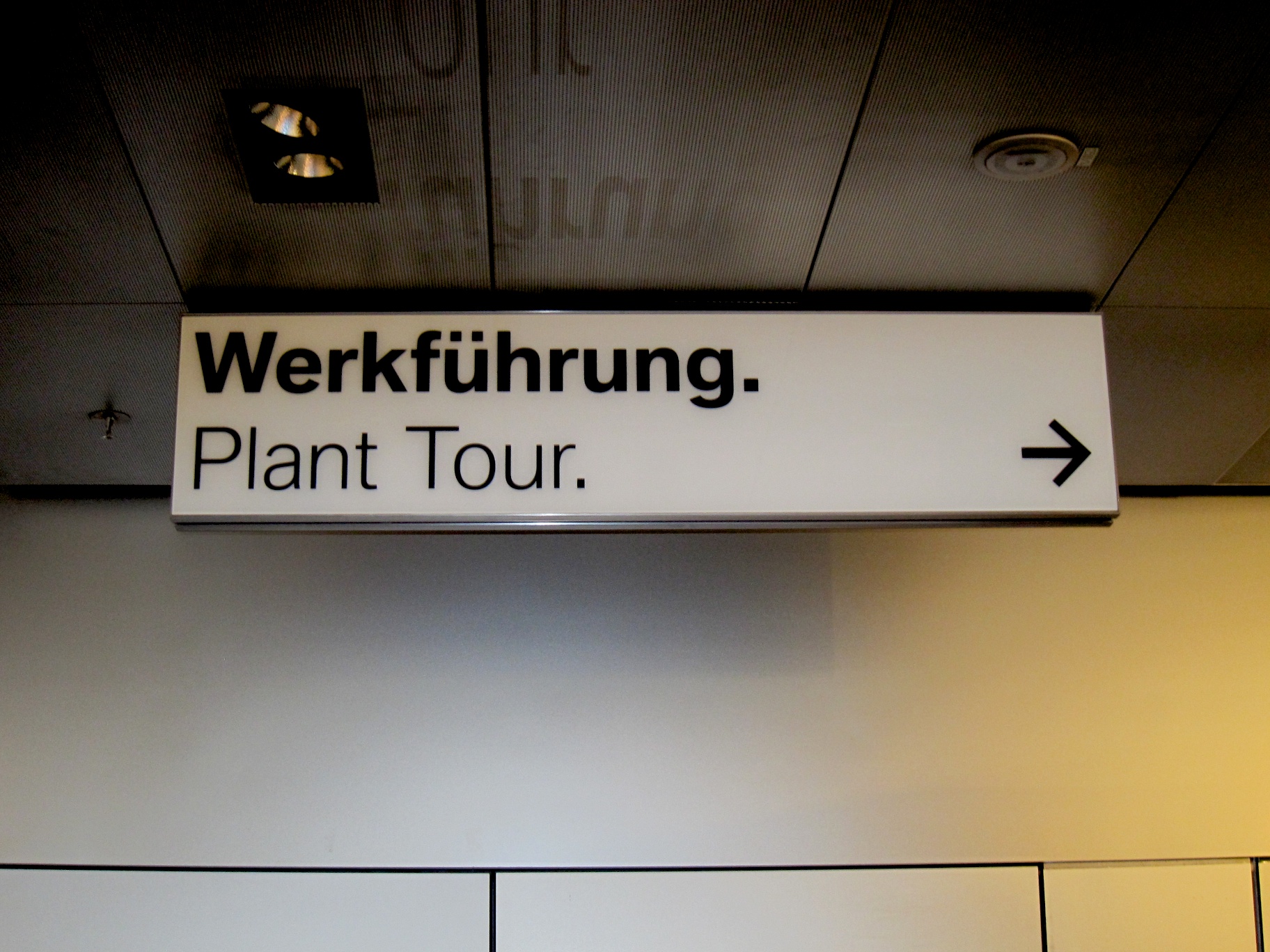 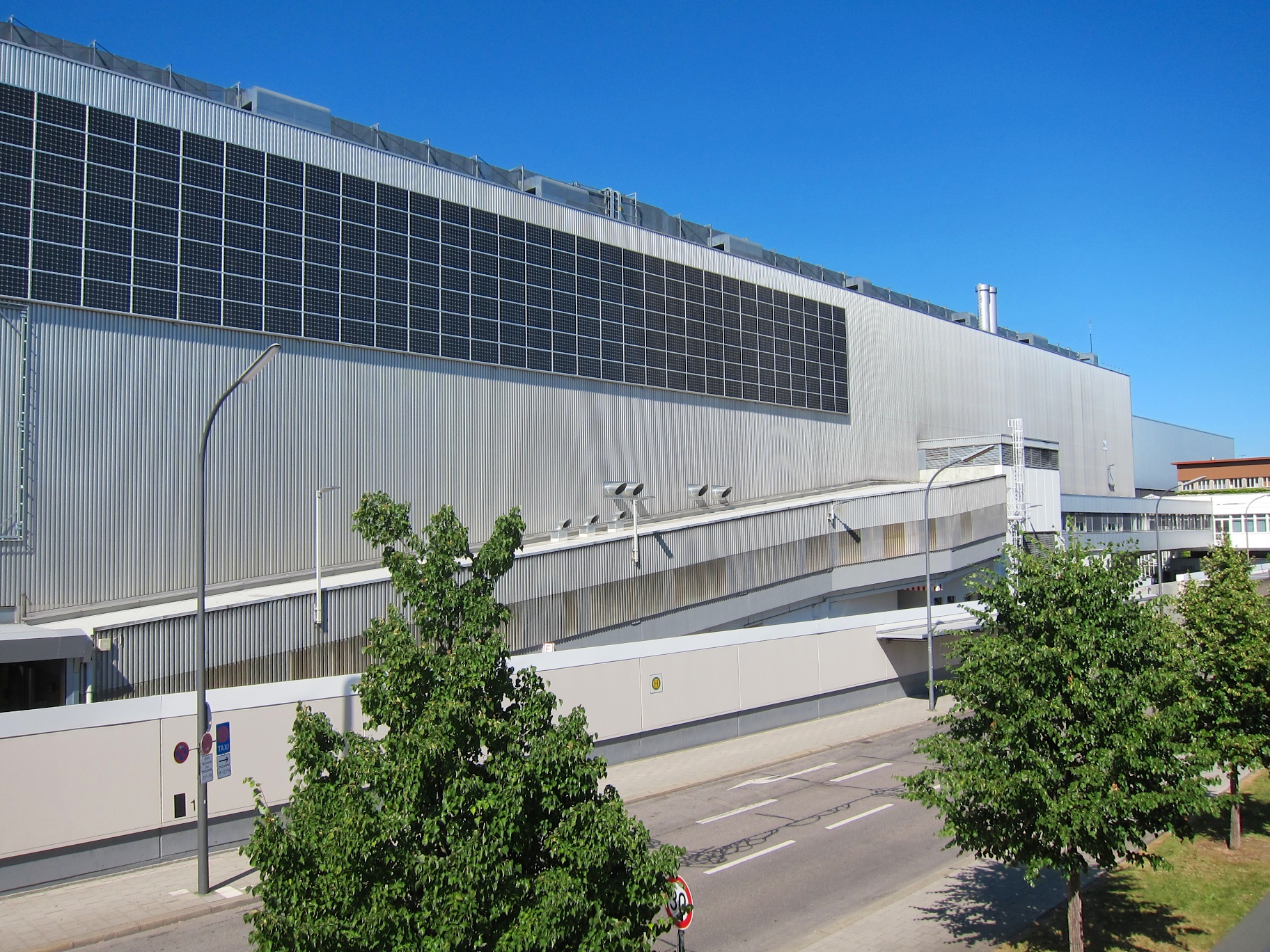 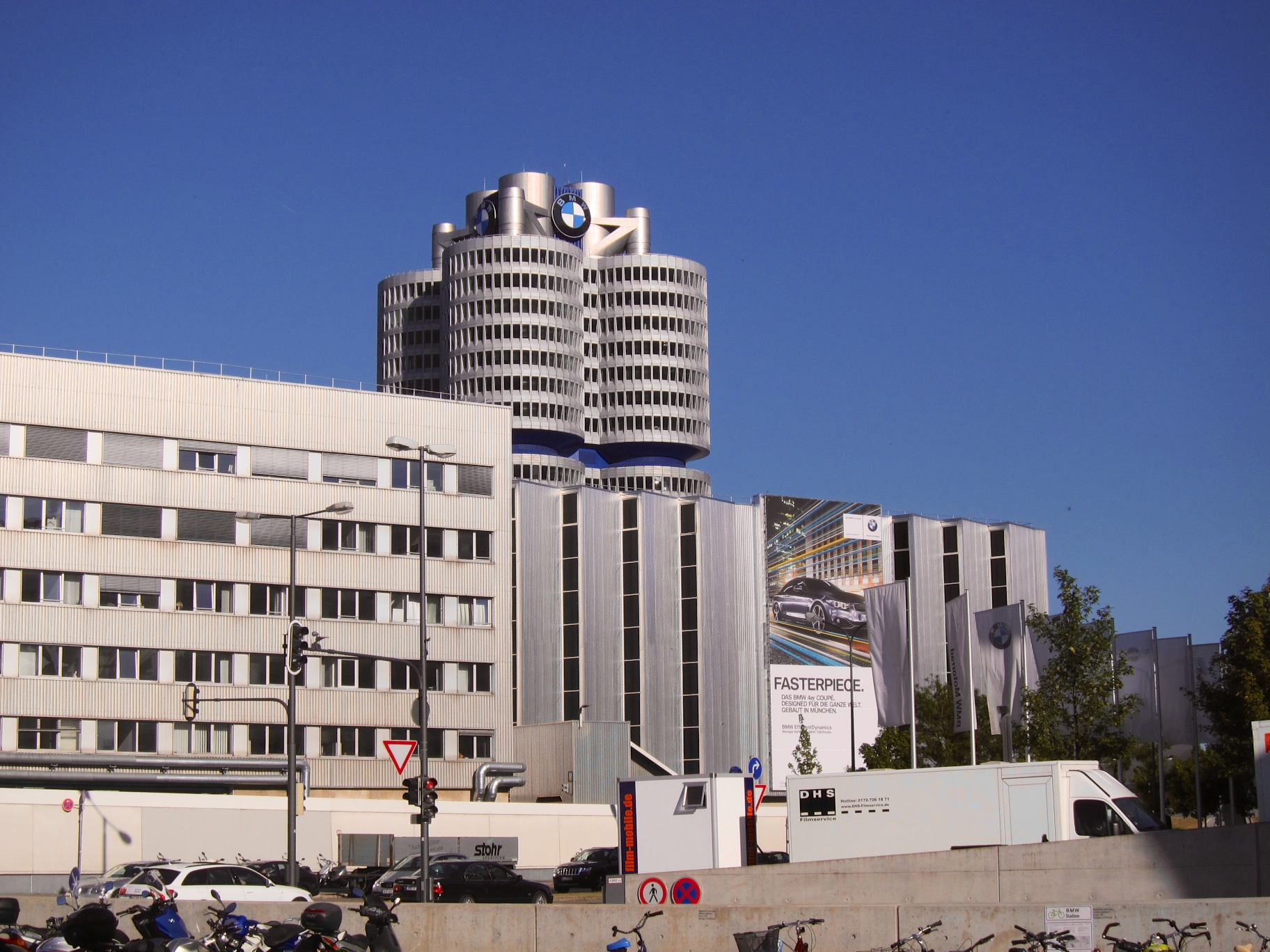 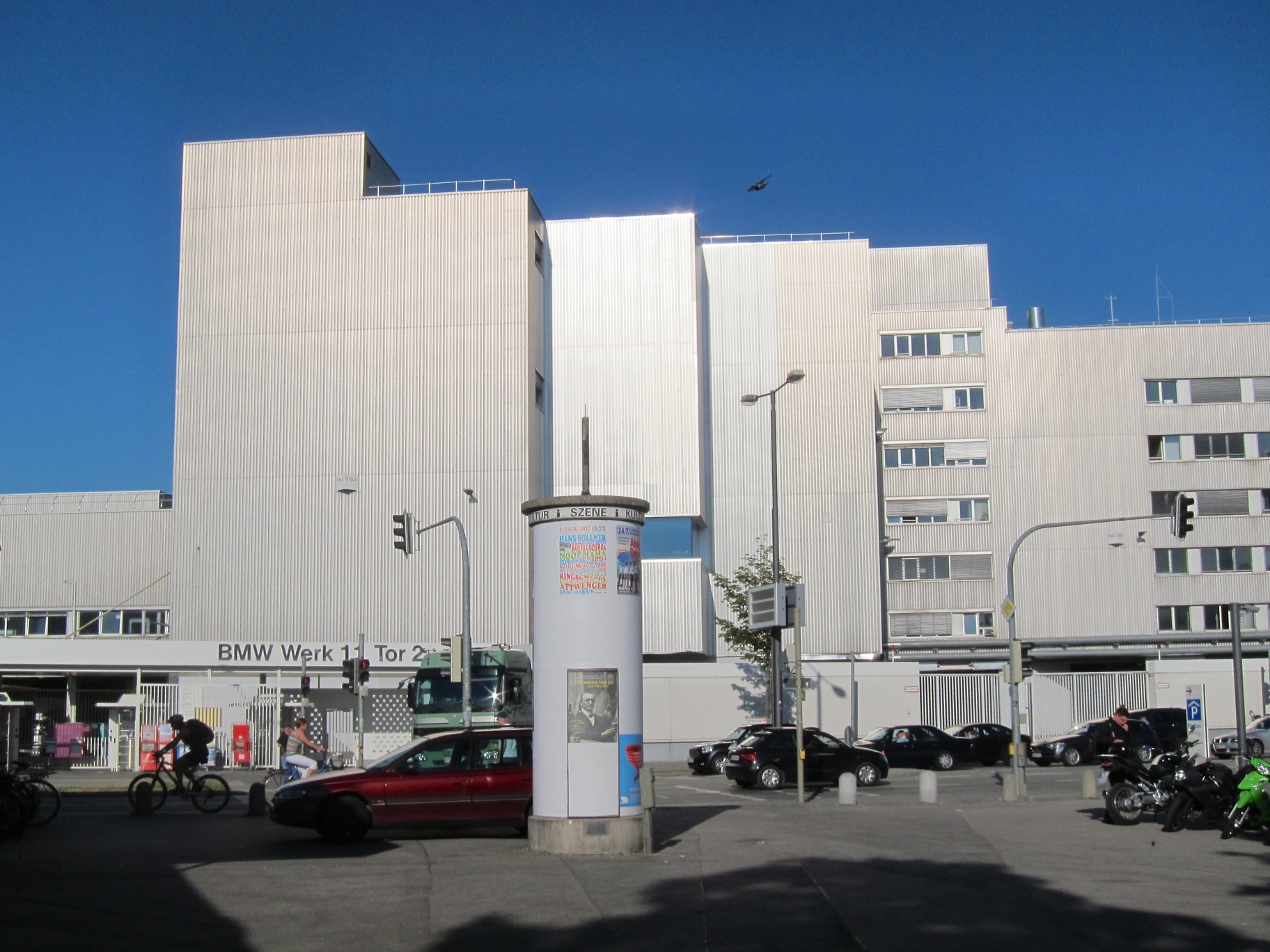