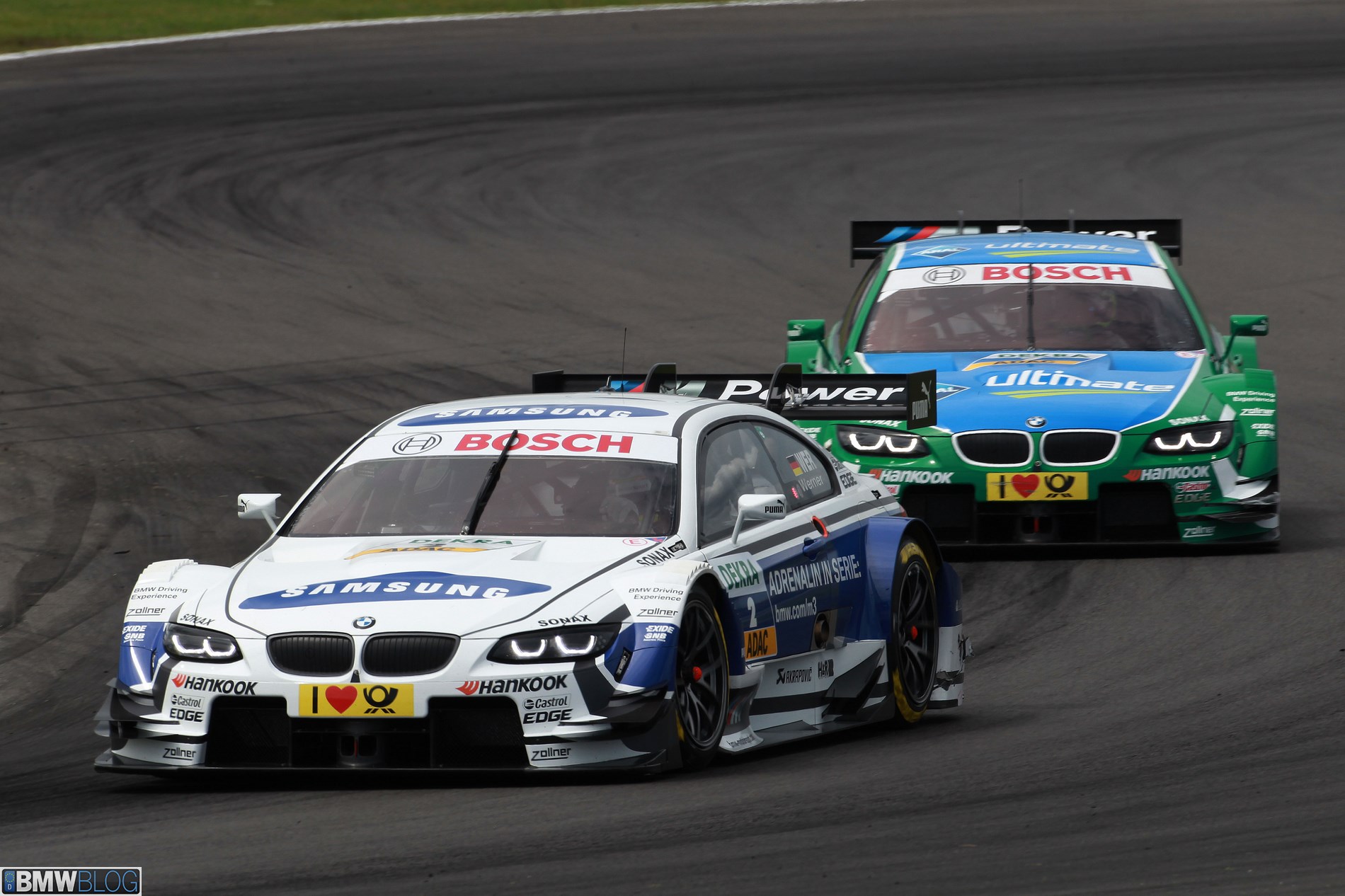 After struggling on Saturday, the remaining BMW drivers in the field were unable to make any significant improvements, and failed to finish in the points. Dirk Werner (DE, SAMSUNG BMW M3 DTM) waved goodbye to any chance of a far better result in turn one, when he was forced into a spin by a rival. Werner was ultimately the third-best BMW driver in 13th. 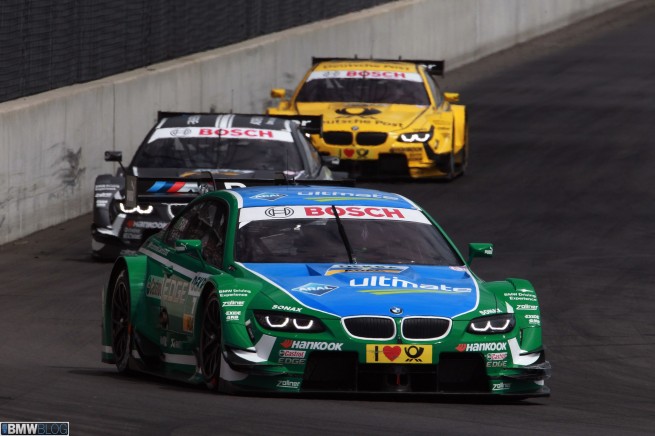 Just ahead of the German was Augusto Farfus (BR), who was 12th in the Castrol EDGE BMW M3 DTM. Timo Glock (DE, DEUTSCHE POST BMW M3 DTM) and Joey Hand (US, BMW M3 DTM) finished 14th and 15th. Martin Tomczyk (DE, BMW M Performance Parts M3 DTM) was once again blighted by the streak of bad luck that has defined the start to his season, finishing 19th at the Lausitzring. Marco Wittmann (DE) was 21st in the Ice-Watch BMW M3 DTM, while Andy Priaulx (GB) had to settle for 22nd in the Crowne Plaza Hotels BMW M3 DTM.

Despite the weekend not being particularly profitable, BMW was able to maintain its lead in the Manufacturers’ Championship and now has 177 points to its name. Mercedes-Benz follows 51 points down in second place. In the team standings, BMW Team Schnitzer remains first with 81 points. The next race takes place at the Norisring (DE) on 14th July. 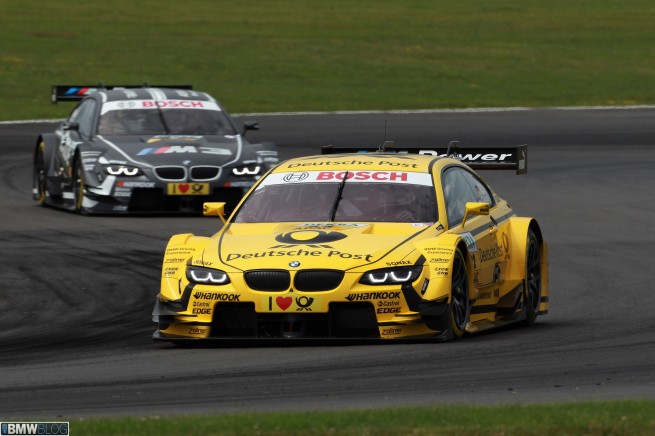 “We are obviously not happy with this result. It is in stark contrast to our magnificent one-two-three in Spielberg a fortnight ago. The problems in yesterday’s qualifying meant we started the race from poor positions. Unfortunately the modifications we made to the set-up prior to qualifying, which we were unable to change before the start of the race due to the new Parc Fermé regulations, did not pay off for us. Bruno Spengler’s seventh place was a successful case of damage limitation. The result underlines what makes the DTM special: it is incredibly evenly balanced. If you are not 100 per cent on the ball ahead of qualifying on Saturday, and then suffer other minor problems, then you will be well down the field come the race. Our opponents experienced this in the past few races, and this time it was our turn to suffer. Congratulations to Mercedes-Benz and Gary Paffett on a very impressive race. Audi also produced a good performance. We will now analyse the race weekend in detail and draw our own conclusions. Then we move on to the Norisring in mid-July, where we hope we can get back to the kind of good results we enjoyed at the start of the season.”

Charly Lamm (Team Principal, BMW Team Schnitzer):
“After qualifying it was clear to us it would be a difficult race. I was surprised at just how tough it turned out to be, however. The positive thing is that we were able to score some points with Bruno Spengler. Dirk Werner finished a respectable 13th after his spin in the chaos at the start, when he was shunted by an opponent. However, we were obviously hoping for more.”

Bart Mampaey (Team Principal, BMW Team RBM):
“Our grid positions were simply not good enough to be able to aim for the front of the field. Starting from 15th, Augusto Farfus lost a number of positions on the first lap. With this in mind, 12th is actually still a decent result. However, we obviously had our sights set higher. We tried a few new things out strategically and learned a lot. Joey Hand struggled with the car. He wanted to stay out of the turmoil and work his way forward with a good strategy. He ended up finishing 15th. That was the best he could have hoped for.”

Ernest Knoors (Team Principal, BMW Team MTEK):
“That is motor racing: one weekend you are on top, and just 14 days later everything can look completely different. As a new team, we are still learning the hard way. Our drivers did not know the Lausitzring in a DTM car. It is a circuit with a few properties that were new to us. We will draw our conclusions and prepare intensely for the next race at the Norisring. Marco Wittmann had a minor technical problem at the end. We didn’t want to risk anything, so brought him into the garage.”

Stefan Reinhold (Team Principal, BMW Team RMG):
“It was a very difficult weekend for BMW in general – and therefore for us too, of course. We had big problems both in qualifying and in the race, and were not quick enough. We will now use the longer break before the Norisring to get back on track.”

Bruno Spengler (car number 1, BMW Team Schnitzer, 7th):
Tyres: Option-Standard-Standard
“That was a tough weekend for me. The opposition simply did their job better than us this time. You have to acknowledge that. We were hopeless in Saturday’s free practice. Despite this, my team managed to continuously improve the car ahead of qualifying and the race. I simply could not do any better today. I spent a lot of time looking in my mirror. Seventh was the best I could have hoped for. Towards the end of the race, I had to fight hard for my position. Mattias Ekström pushed me from behind a couple of times. Obviously I wasn’t too happy about that. However, we talked about it after the race and as far as I am concerned the matter is settled. You have weekends like that. We must now analyse why we were lacking pace. It is no good burying our heads in the sand – we will fight hard and come back stronger after the summer break.”

Augusto Farfus (car number 7, BMW Team RBM, 12th):
Tyres: Standard-Standard-Option
“It was unfortunate I was involved in Dirk Werner’s spin right at the start of the race. I dropped right back down the field, which cost me a good race. I did everything I could, but could not finish any higher. My race pace was not bad at all.”

Dirk Werner (car number 2, BMW Team Schnitzer, 13th):
Tyres: Standard-Option-Standard
“My race was over when I was spun shortly after the start. Miguel Molina has apologised to me, but that put me back in last place and meant I was not able to aim very high. The car was good, particularly on the option tyres in the middle stint. Unfortunately you get nothing for 13th place in the DTM.”

Timo Glock (car number 22, BMW Team MTEK, 14th):
Tyres: Standard-Standard-Option
“My race was over after turn one. I had to swerve to avoid Dirk Werner, who had spun, and dropped down to the back of the field. After a few laps the pace was actually ok, but not good enough to finish any higher than 14th. Despite this, I would like to thank the team for two good pit stops. We are on track in that regard.”

Joey Hand (car number 8, BMW Team RBM, 15th):
Tyres: Standard-Standard-Option
“It was a tough race. Not too much went right, although I did have two good pit stops. Right from the start I planned to be fairly aggressive on the outside. I told my engineer I would do this – risk and reward is what I said. The risk was a bit more than the reward! I made up some places and then someone turned Dirk Werner around and caused a real melee on the outside. After that the car was really tough to drive. I had the same problem as in qualifying, as the car was really loose, which is tough for me to handle with my driving style. We have ups and down and, apart from today, this year has been more ups.”

Martin Tomczyk (car number 15, BMW Team RMG, 19th):
Tyres: Standard-Option-Standard
“There is not a lot to say about that race. I started from the back of the field, and finished at the back of the field. We simply were not good enough this weekend and did not perform as we ought to be doing. We have a lot of hard work ahead of us before the next race. One thing is certain: we cannot allow something like this to happen again this year.”

Marco Wittmann (car number 21, BMW Team MTEK, 21st):
Tyres: Option-Standard- Standard
“The race started well. At the start and in the opening few laps I was able to make up a few positions. But after the promising first stint, I was unable to make up any significant ground. In the end we had to retire the car for safety reasons. We will have to take a look and find out exactly what was wrong.”

Andy Priaulx (car number 16, BMW Team RMG, 22nd):
Tyres: Option-Standard- Standard
“I have looked at every aspect of what is happening and this result is not normal for me. It goes without saying I am determined that from now on I will go back to being competitive, as I know I am capable of more than this. I am not a hundred per cent sure what happened with Martin Tomczyk, as the first time I realised he was there was when we collided. That is not something that you want to happen, especially with your team mate.”

Standings after 4 out of 10 races. 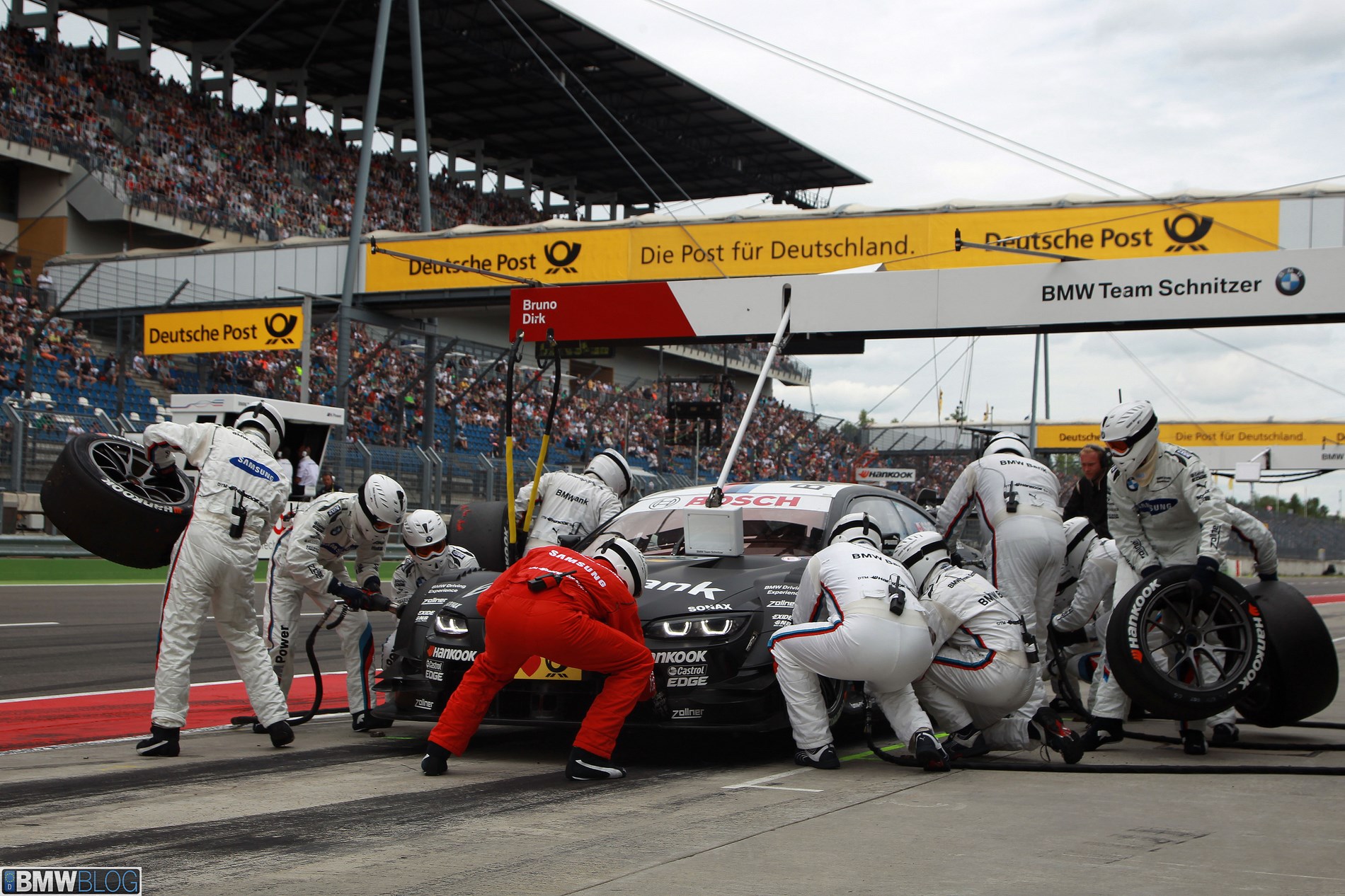 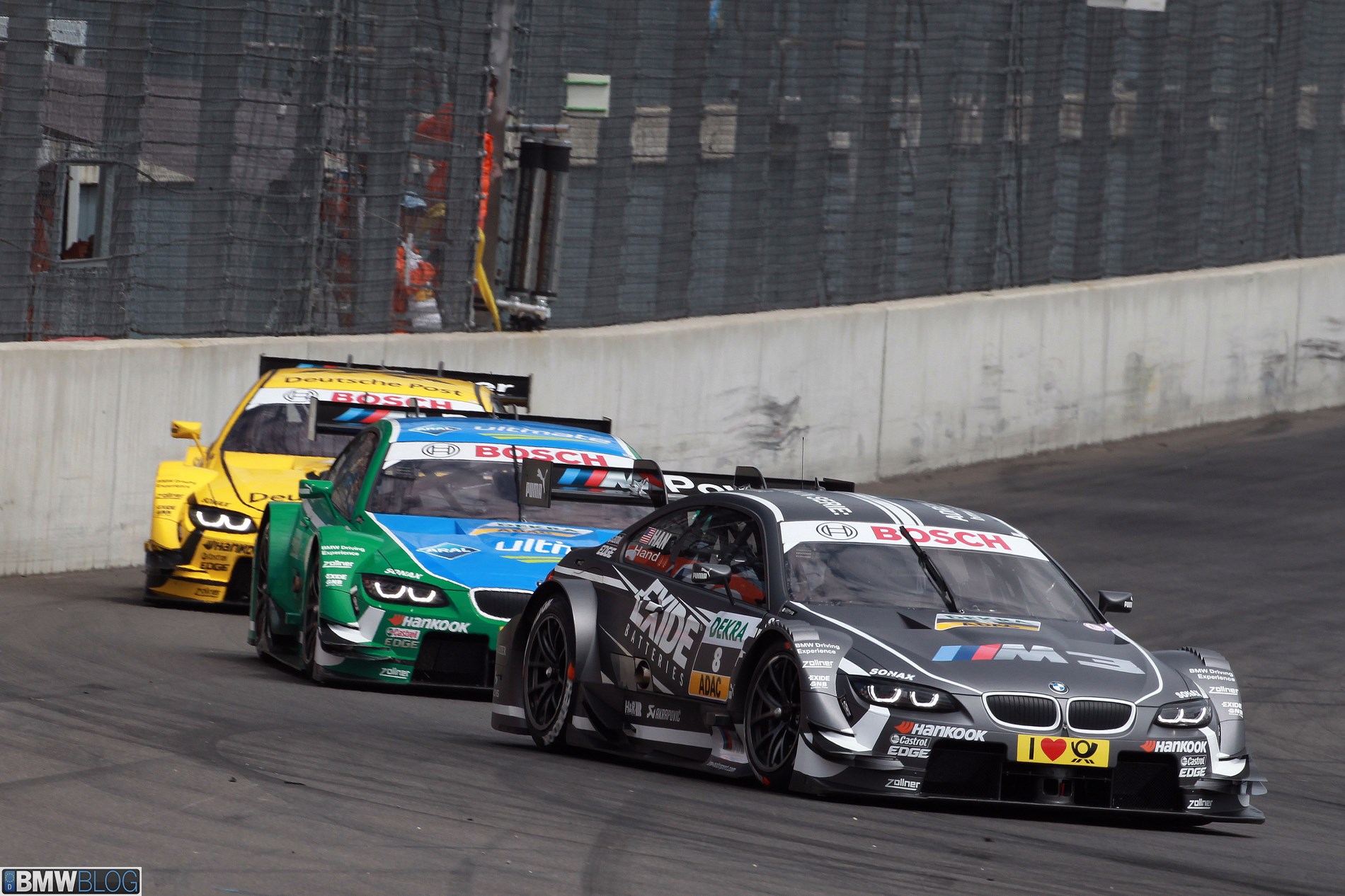 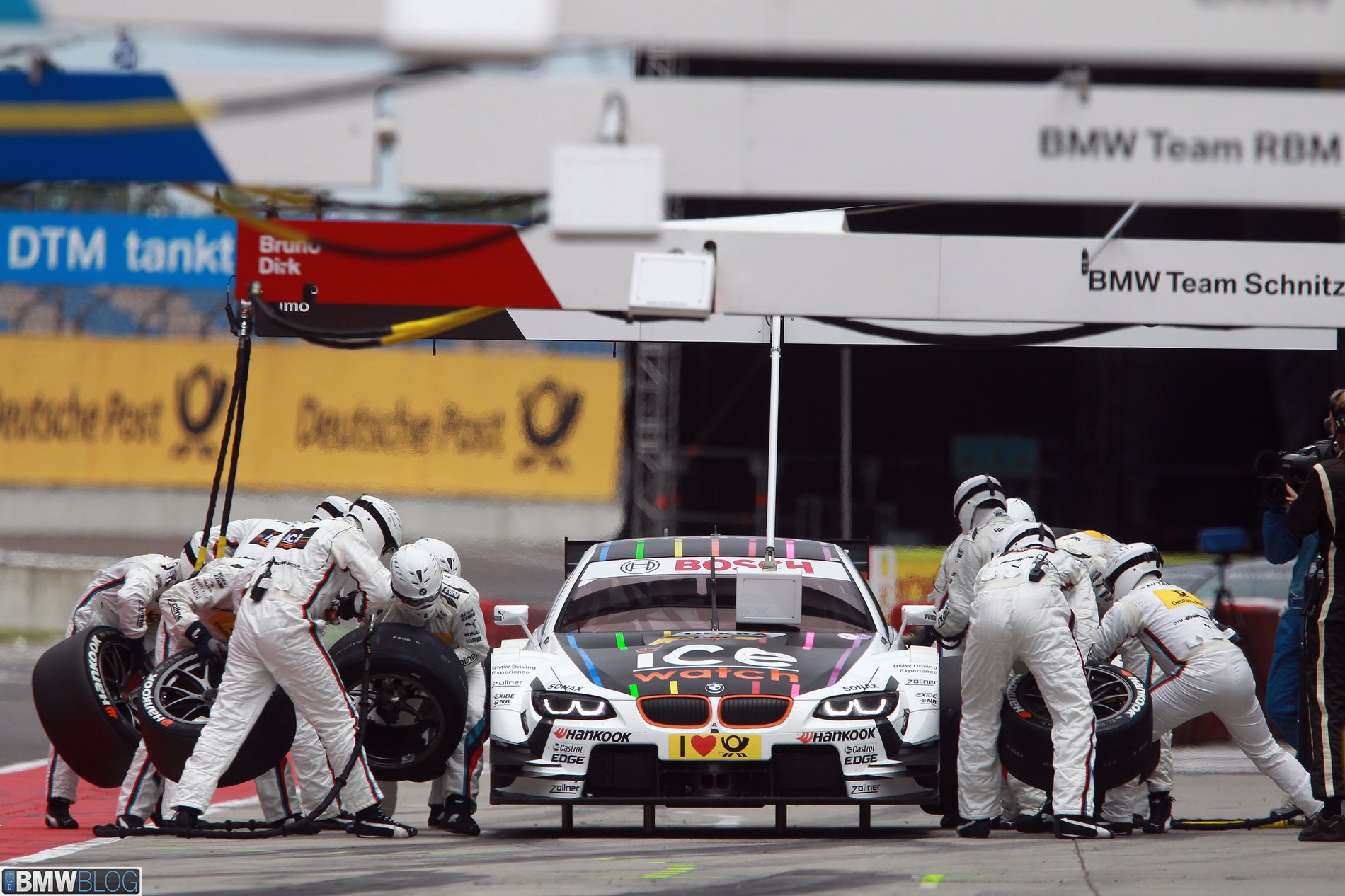 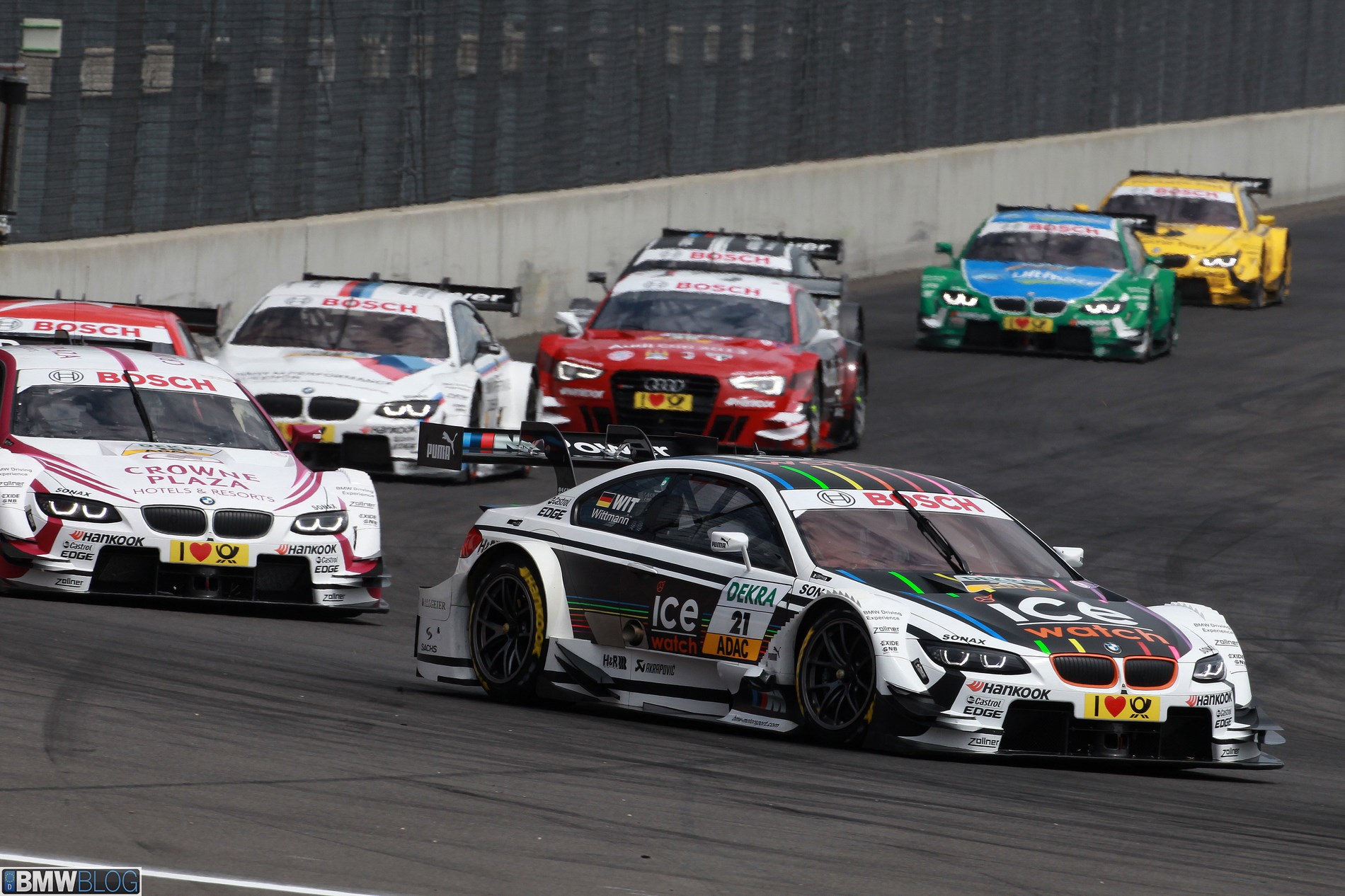 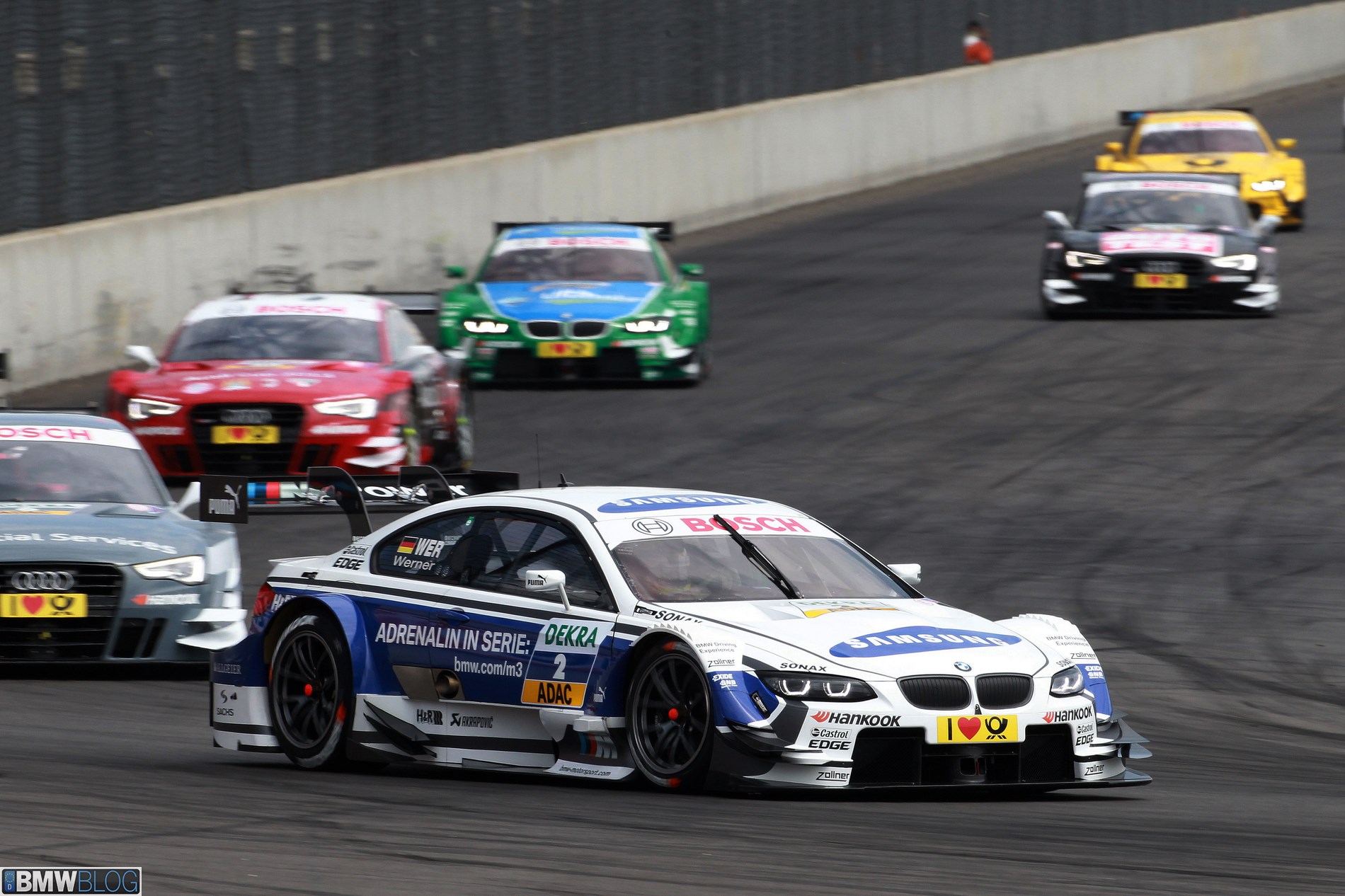 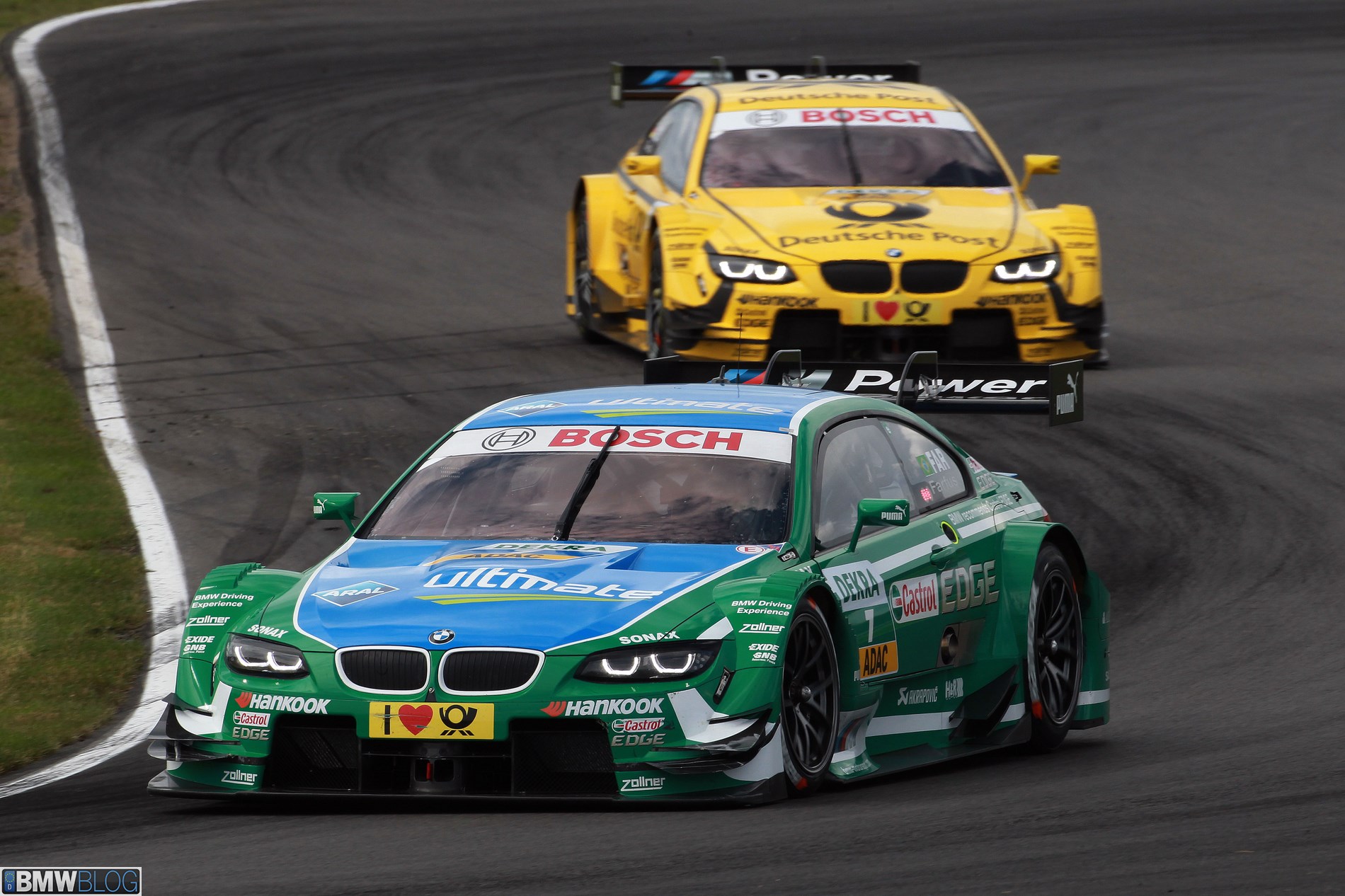 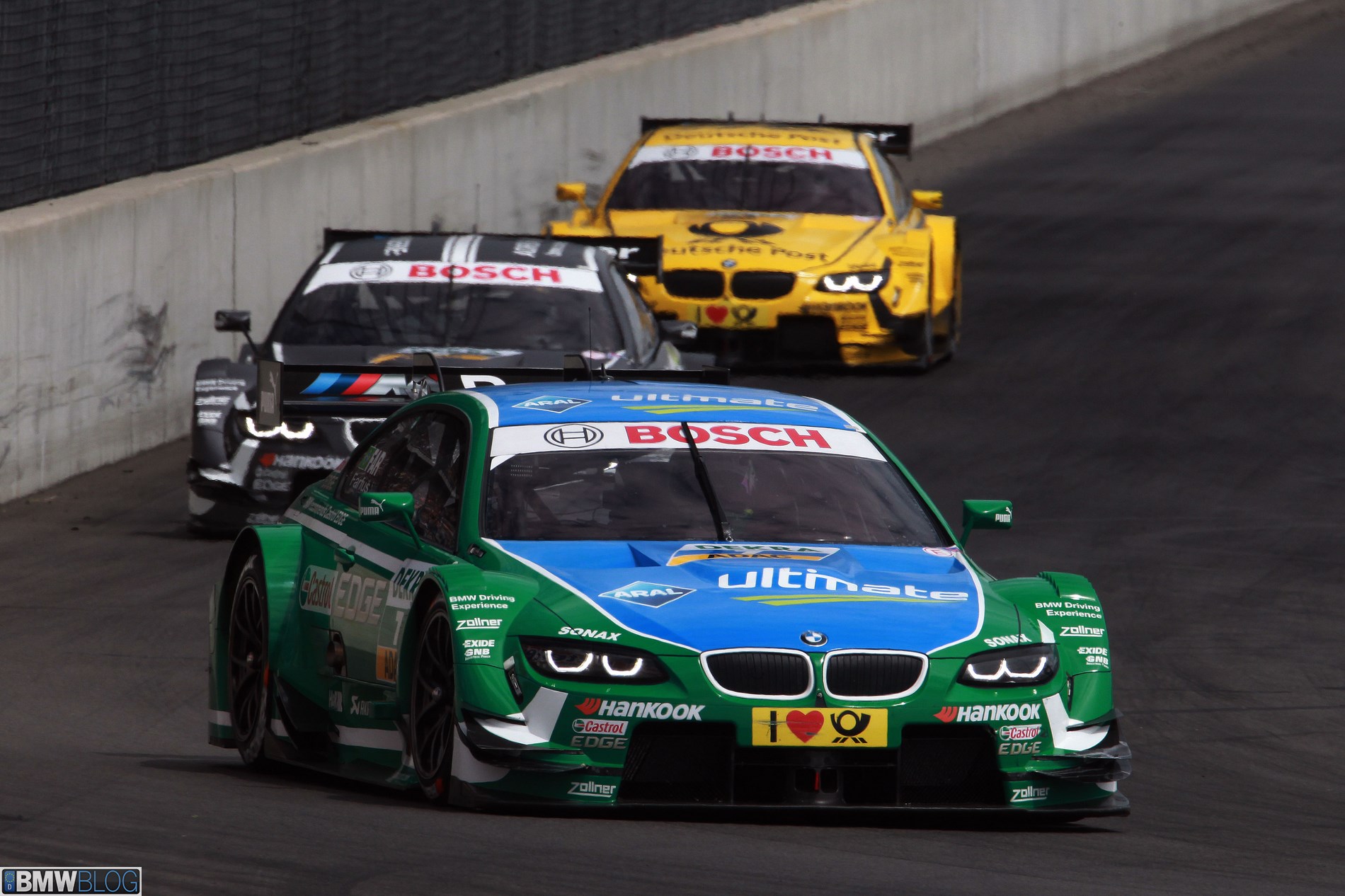 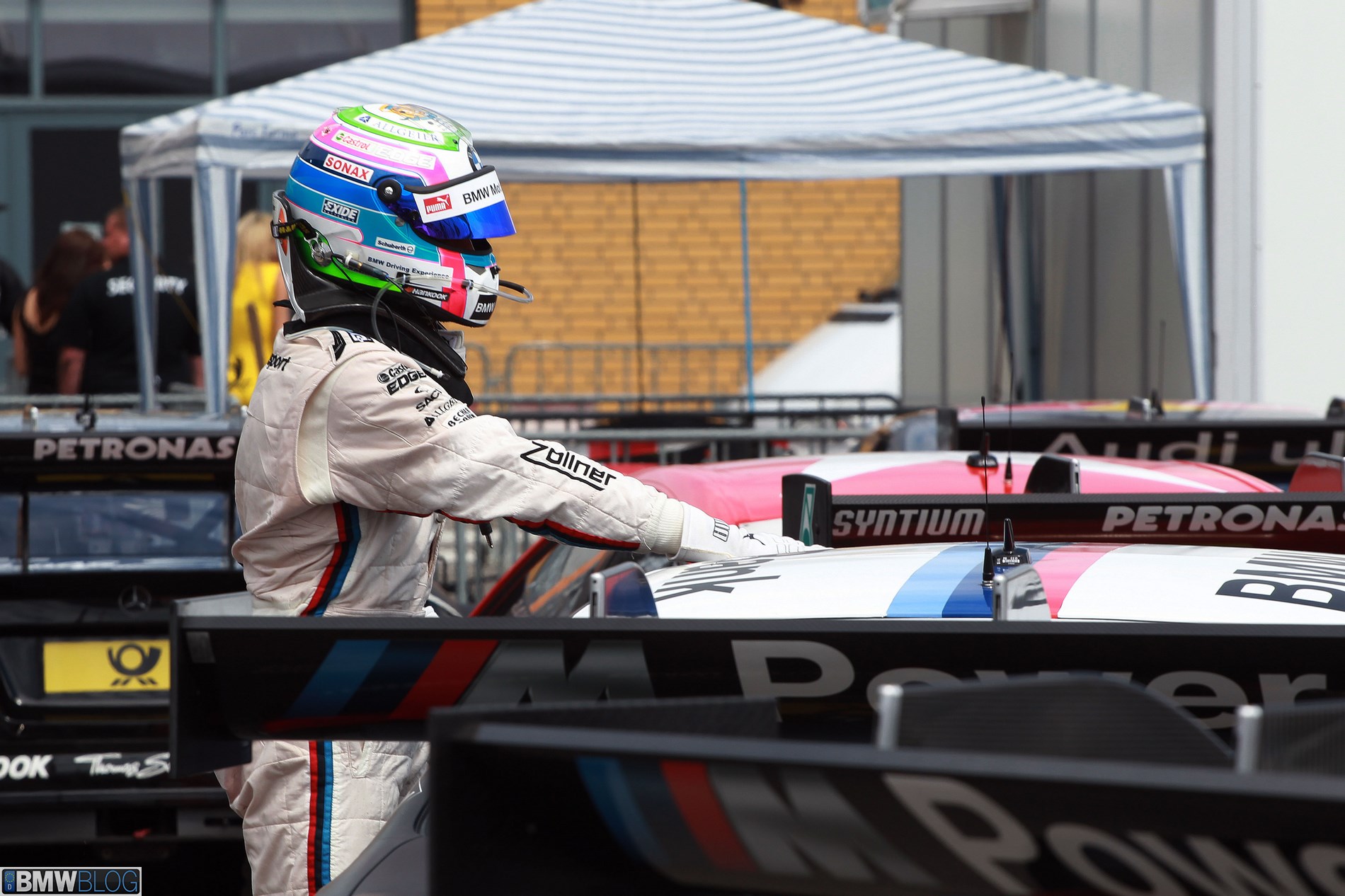 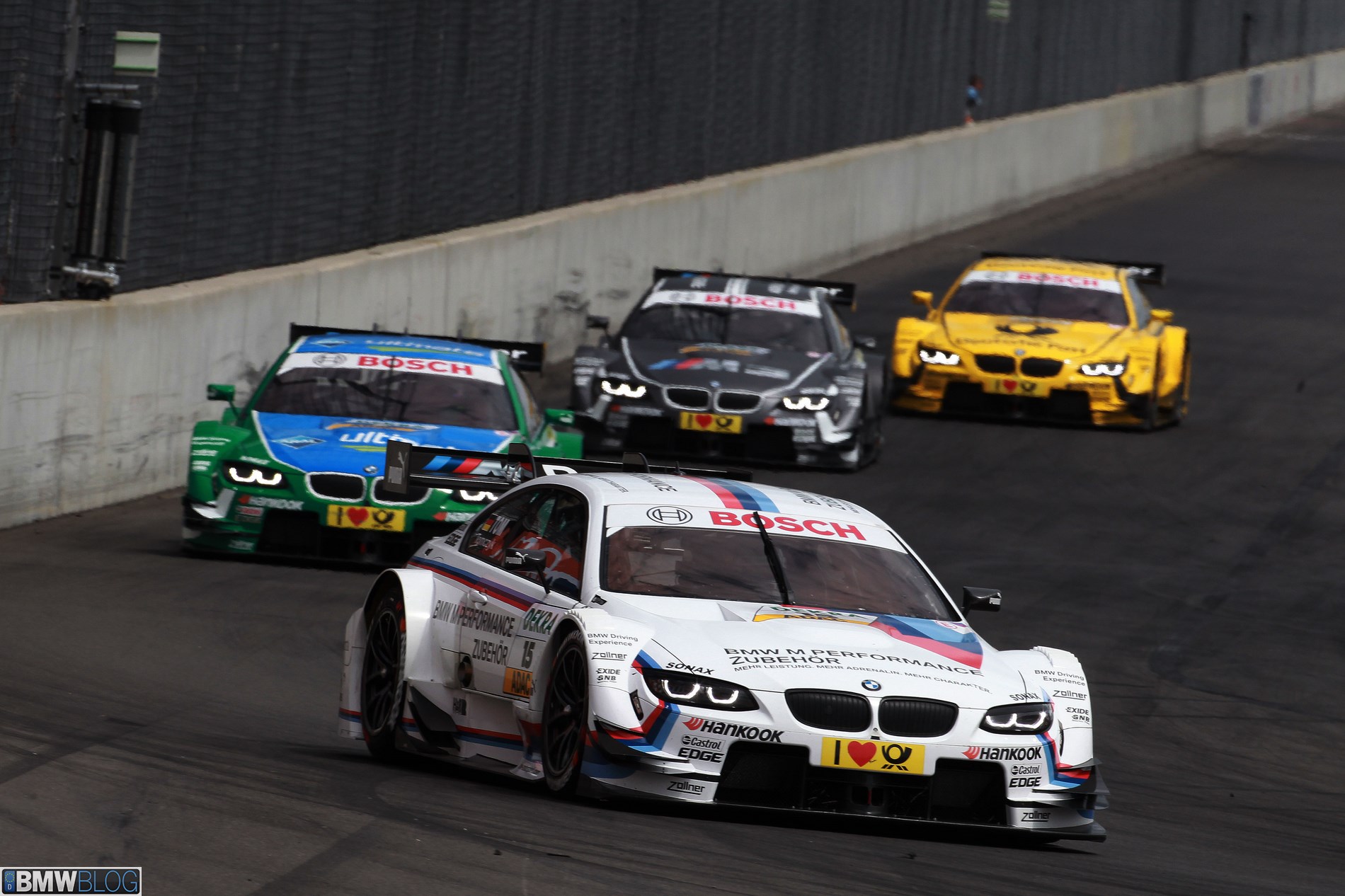 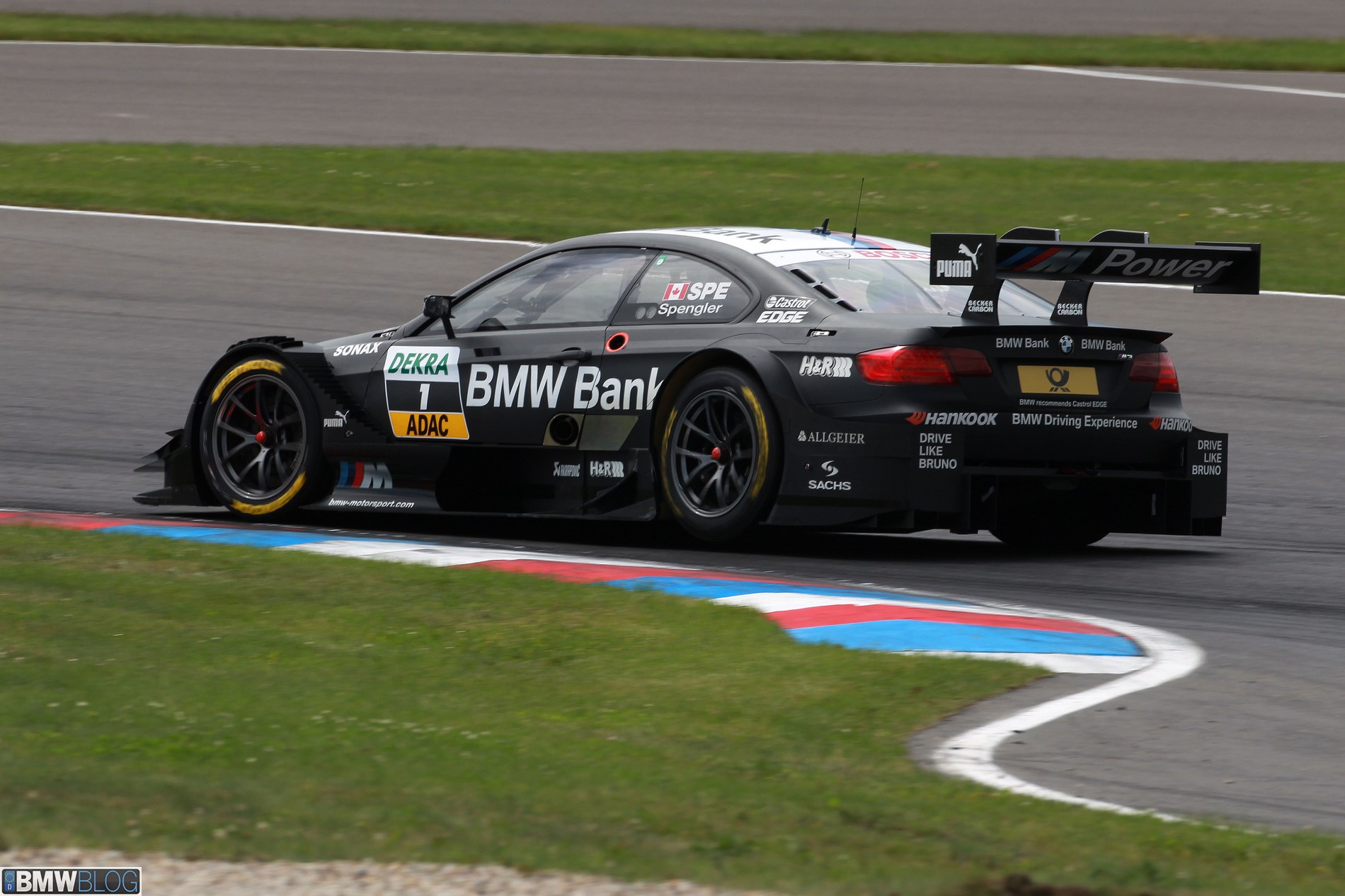 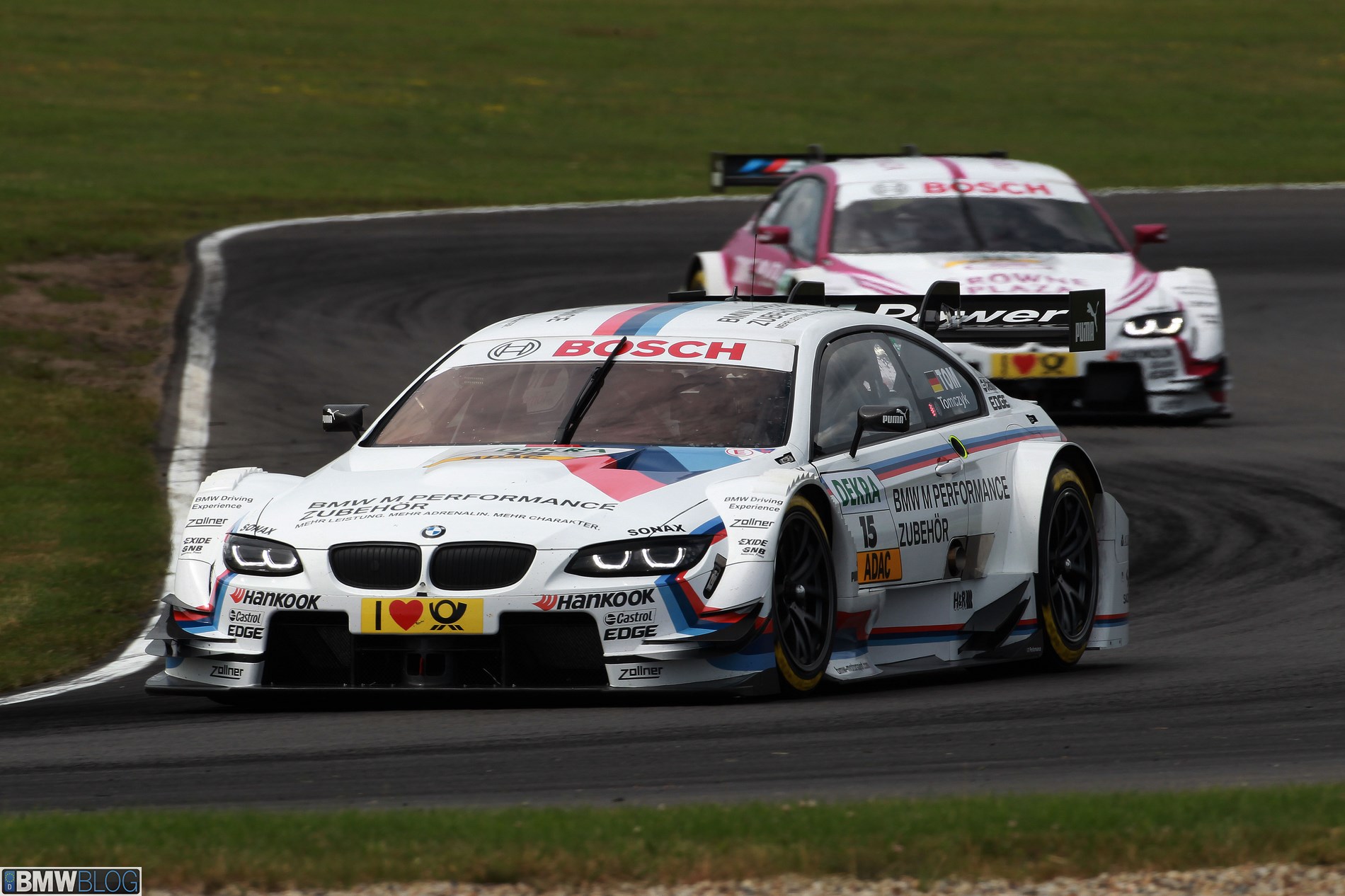 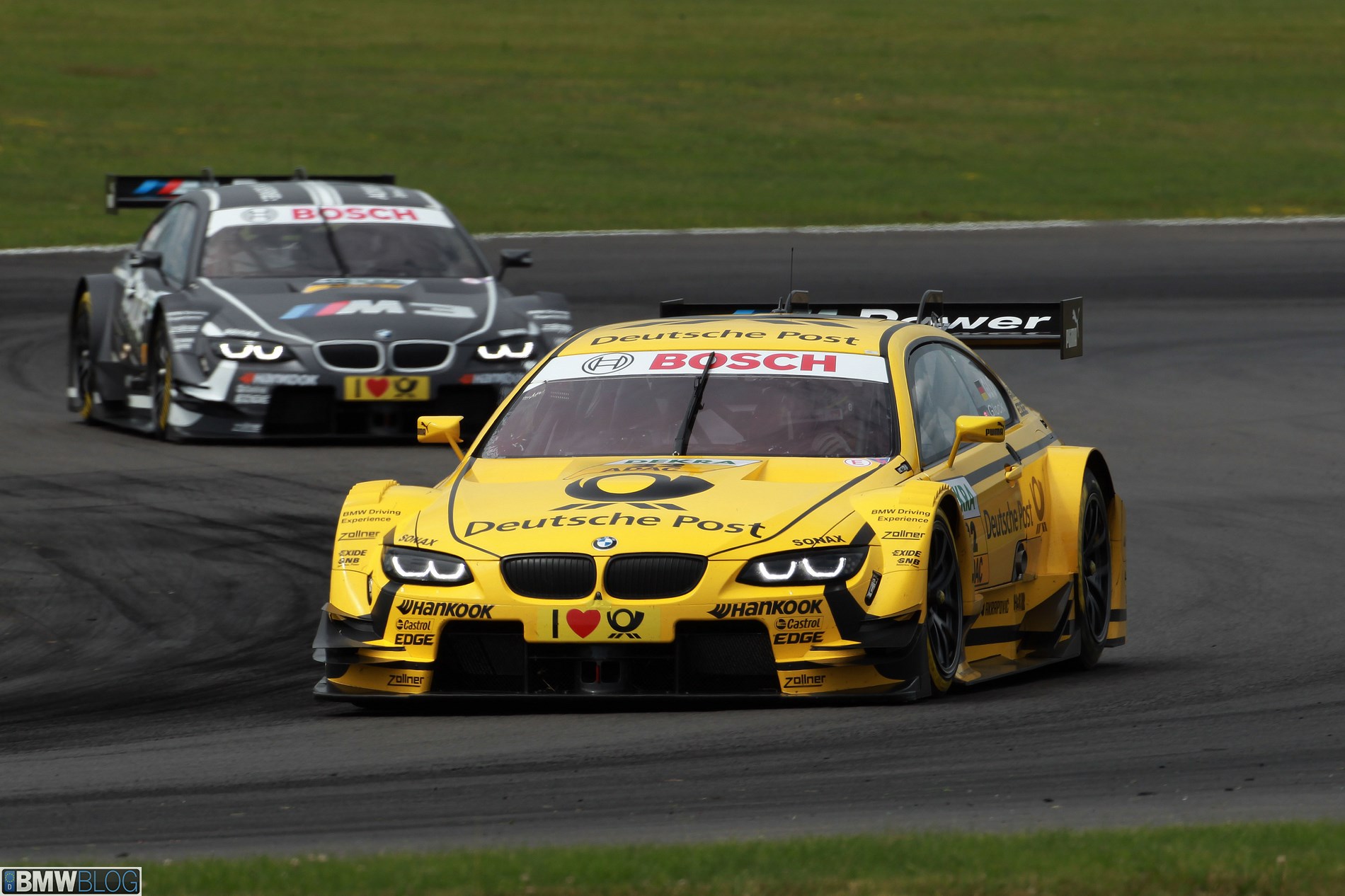