The 2014 BMW X5 was spotted once again out in the open without any camouflage. The third-generation X5 made its world debut back in May and will come to market this summer.

The new X5 builds atop the current model and has some design cues from the X3. The Air Curtains make a debut on the X models with the new X5, along with the Air Breathers on the side. For the first time BMW introduces Vertical Aero Blades that work in conjunction with the roof spoiler.

Visually, the new F15 BMW X5, has a more squared off shape with broad shoulders and up-right body compared to the rounded flowing look of the second generation X5. The kidney grilles are much broader and no longer is there any painted surface of the X5 between the headlights and grill. It’s a solid flowing line of glass and grille. 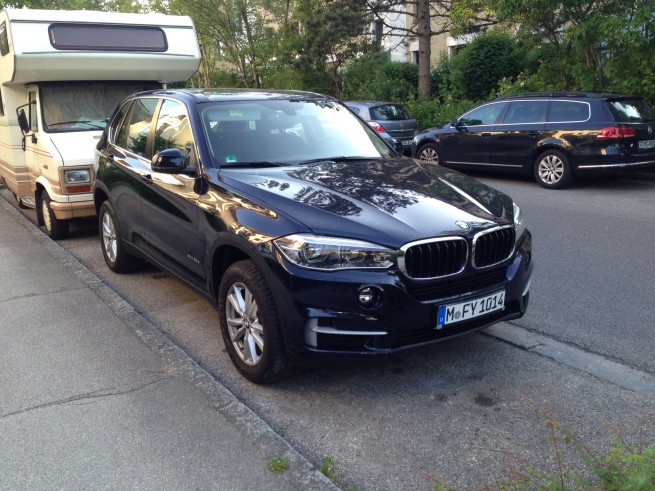 Overall, the new X5 is 1.25 inches longer, 1/2 inches shorter, and about 1/4 inches wider than the outgoing model. Yet, despite the very similar size gives a much different appearance than the second generation X5.