BMW tweaked some of the X6 (type E71) appearance. However, this discreet facelift was by far not enough for HAMANN. The customization specialist from the German town of Laupheim put on his surgical gloves and doesn’t stop the comprehensive treatment until the SUV deserves its new name: The HAMANN TYCOON II M.

The difference can be seen from afar: The HAMANN Widebody kit presents the SUV with the Coupe contour an aggressive road presence. The bumper spoiler with its low dual lips and the integrated LED daytime running lights, is proof that the new character wasn’t placed with brute force,but the existing BMW gene was fused with the typical HAMANN DNA. It gives the impression that the circular LED parking lights of the BMW facelift are naturally adapted to the HAMANN body kit and harmoniously integrated. 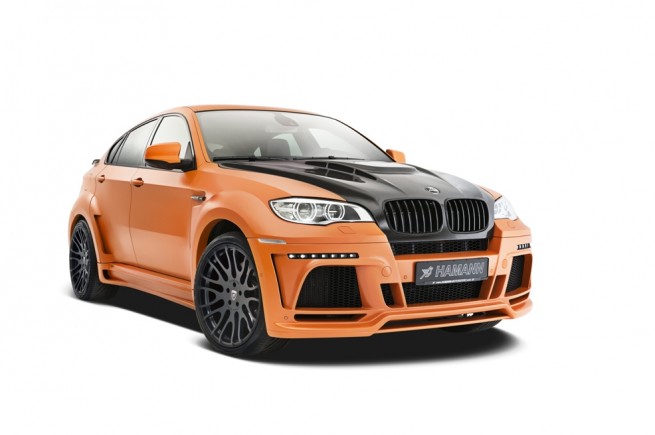 A broad tailor-made suit for the TYCOON II M

The contour lines of the HAMANN TYCOON II M flow seamlessly from the new front wings across specially designed side skirts into the broader body that consists of six pieces and continues around the rear wheels to the center rear panel. It houses the black or silver anodized tail pipe panels of the specially designed rear silencer. Two spoilers, one installed at the edge of the rear lid and one on top of the roof, ensure near turbulence-free aerodynamics and superior power output at maximum speeds.

According to its style, not only is the body size increased but so are the tires. Rather than using production-type 20-inch tires, the HAMANN TYCOON II M – that is also lowered by 40 mm – is now sitting on 11×23 and 12×23 inch, ultra-light forged rims in the Unique Forged “Anodized” design with 315 mm wide high-performance tires all around. Alternatively, the rim design Anniversary “Evo Black Line”, measuring 10.5 x 22 inch and 12 x 22 inch with tires in 295/30 and 335/25 are available. 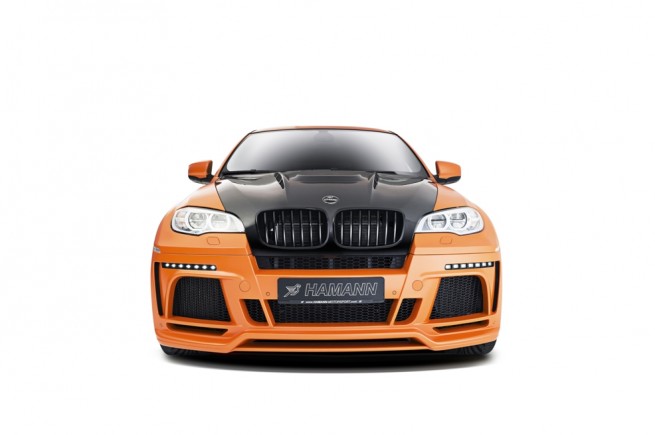 The motivation to put this type of boots onto the HAMANN TYCOON II M is based on the car’s irrepressible power. There is a reason why the air intakes are integrated into the engine hood which is, by the way, manufactured from black 100% carbon. The HAMANN emblem underneath the two-part engine cover, which is made from visual carbon fiber, points to the new performance data. The sport kit HM 670 consists of catalytic converter pipes, optimizing the engine characteristics of the production-type Motronics and uncovers the 250 km/h speed limit. This increases the standard power of 555 HP (408 kW) to 670 HP (493 kW).The torque of 680 Nm reaches now a maximum of 950 Nm, and you can accelerate up to 300 km/h. HAMANN recommends the use of LIQUI MOLY high-performance engine oils. 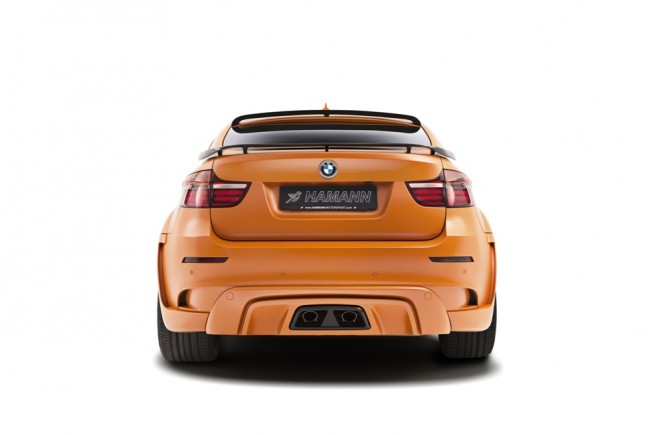 The metamorphosis continues with the transformation of the interior design

This complete changeover is evidenced not only by the speedometer dial that now  displays a speed of 320 km/h. In fact, the driver enters into a totally revamped interior  that features air bag sport steering wheel in three-spoke design made of black leather; Alcantara applications, the HAMANN emblem, a 12-part visible carbon set  that decorates the instrument panel, door trims, front and rear center consoles, as  well as a selection lever for automatic drive. The illuminated scuff plates made of brushed stainless steel can be found on all four doors. The black anodized aluminum pedal cluster creates the final touch of the new design.

The engineers and designers of the TYCOONII M have proven once again what  makes the company so renowned. Traditionally, the HAMANN designers, who seem to be in love with every detail they create, turned the BMW X6 M into a greater ruler.