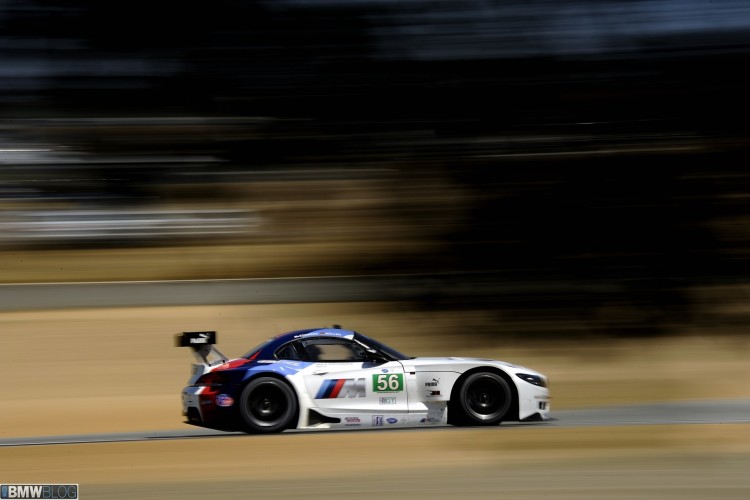 Maxime Martin, driving the No. 55 Z4 GTE, set his quickest time in this afternoon’s 15-minute qualifying session on his seventh lap of the 2.238-mile, 11-turn circuit. His lap of 1:22.990 minutes was only 0.258 seconds from the class pole time. Class co-leaders in Driver point standings, Martin and co-driver Bill Auberlen are looking for a second consecutive ALMS victory in tomorrow’s four-hour race.

Dirk Müller qualified the No. 56 Z4 GTE and his fast lap of 1:23.406 minutes will see him and co-driver John Edwards start eighth. Edwards is substituting for Joey Hand this weekend and last drove for BMW Team RLL in the season-opening 12 Hours of Sebring. 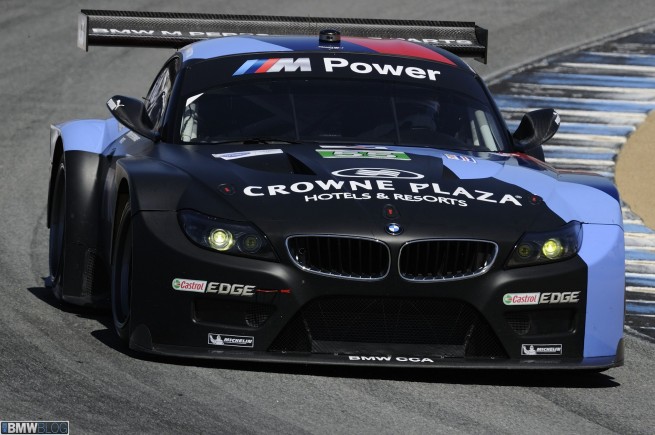 The first two races of the debut season of the BMW Z4 GTE have been strong ones for BMW Team RLL, with fourth and seventh place finishes at the 12 Hours of Sebring and, thanks to excellent strategy, an outstanding 1-2 finish at Long Beach. BMW stands second in GT class manufacturer points. With the win at Long Beach in the No. 55 Z4 GTE, Bill Auberlen and Maxime Martin stand in a tie atop the Driver points.

Maxime Martin, driver No. 55 Z4 GTE – (5th) – “I had a few mistakes today, but we are definitely competitive – less than three-tenths from the pole. Every track is new to me, but with Bill’s help I have been able to be a quick learner.”

Dirk Müller, driver No. 56 Z4 GTE – (8th) – “We really looked good in today’s two practice sessions, but perhaps we were just too conservative in qualifying. I certainly don’t like to be P8, but I know the No. 56 machine is ready to race tomorrow.”

Follow BMW Team RLL on Twitter at @BMWUSARacing for “from-the-pit-box” updates all weekend. The race will be shown live starting at 6:15 p.m. EDT/3:15p.m. PDT on ESPN3 with the race start set for 6:30 p.m. EDT/3:30 p.m. PDT. ALMS.com will stream in-car video throughout the race and the full live feed for international views. ESPN’s two-hour summary of the American Le Mans Monterey is set to be broadcast at 4 p.m. EDT on Sunday, May 12.