Rolls Royce showed off a special edition ghost in Shanghai honoring Rolls Royce’s four car participation – three works cars and one private entry – in the 1913 Alpine Rally where it earned the sobriquet, ‘The Best Car in the World’. The private entry car for 1913 was piloted by James Radley, who had participated in the 1912 Alpine trials in a Rolls Royce.

Radley’s experience in the 1912 Alpine trials led to refinements in all four cars entered in 1913, not the least of which was a lower (numerically higher) first gear. While the Rolls Royce entries did well in 1913, they did come in behind the Audi works team (and Audi at the time was a very distant forerunner of the Audi we know today).

So the special edition Ghost will be trimmed with black radiator slats, black wheels, bespoke blue paint, and a silver bonnet, echoing the trim of Radley’s car. And on the surface that’s a nice little homage to a time long, long, ago and a car that few people have seen.

But the 1910 – 1914 Alpine trials were significant tests of the early motor car. The 1914 trial took place on a 1660 mile loop of primarily alpine roads – and these were not tarmac or concrete roads, but widened alpine goat paths. Inter-alpine roads were relatively new – most having been built in the 19th century. And terra-forming, on an American scale, was impossible with the machinery available. These roads were steep, torturous, and poorly maintained. And they provided the ideal challenge to prove the mettle of the latest toy of the rich, the automobile.

The Alpine trial was the precursor of hill-climbs and rallying. Manufacturers were eager to highlight their cars capabilities and the Alpine trials were tough venues to compete in, high risk, high reward. While the trials first years were interrupted by World War I, the trials returned in the inter-war years and another company used them to prove the capabilities of their latest automotive products.

BMW first ran their 315s to success in the 1500 cc class and later the 328 cemented its prowess in Alpine trials. And it is that inter-Alpine road system that BMWs are built to shine on.

Rolls Royce chose Shanghai to show off it’s latest bespoke Ghost – rather than Europe, but regardless of where it debuted the ties to Alpine glory are shared by Rolls Royce and its owner, BMW. 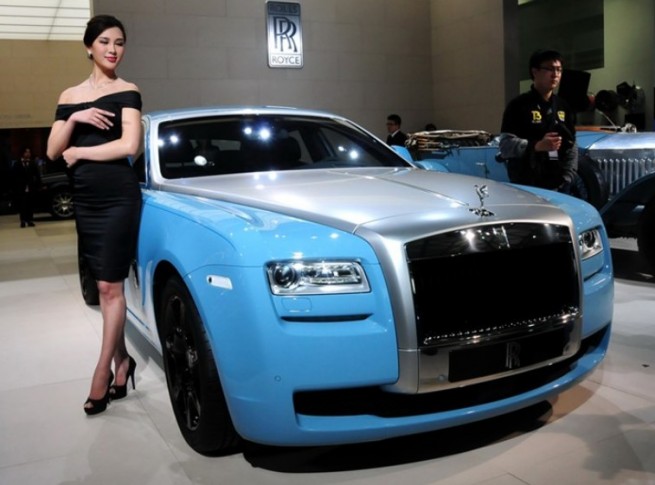