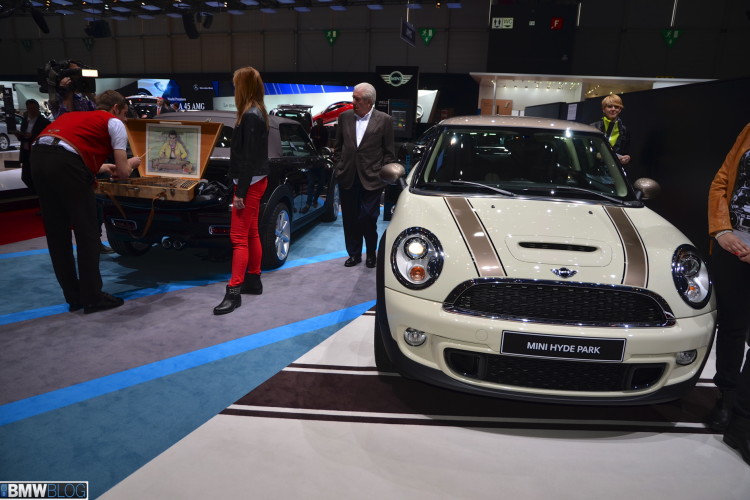 Without a big premiere in Geneva, MINI took the opportunity to celebrate its 2013 Dakar championship by presenting to the public the black-green painted John Cooper Works Countryman. The French duo of Stéphane Peterhansel and Jean-Paul Cottret piloting their MINI ALL4 Racing to overall victory in the world’s toughest rally event for the second year in a row.

The MINI John Cooper Works Countryman ALL4 Dakar Winner 2013 is a limited-edition tribute to its rally inspiration – 11 examples of the car will be built, reflecting Peterhansel’s 11 Dakar wins. 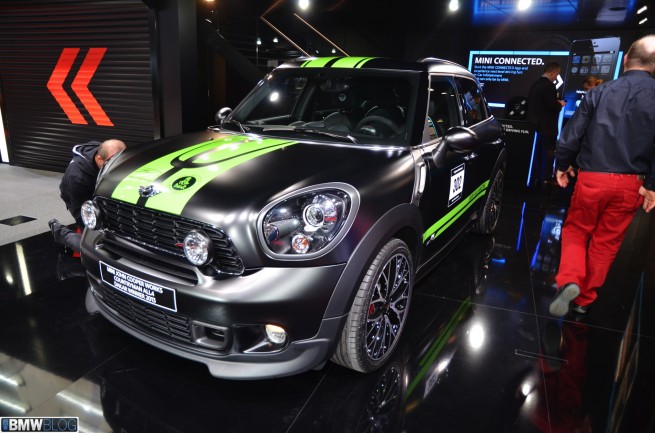 The all-wheel-drive system channels the power from the 160 kW/218 hp turbocharged four-cylinder engine under the bonnet of the MINI John Cooper Works Countryman ALL4 Dakar Winner 2013 to all four wheels. This matte black special edition comes with special bright green design features for the exterior and interior.

Two other models introduced were the Clubman Bond Street and Clubman Hyde Park. The Bond Street model and its Midnight Black metallic paintwork teams up with the Cool Champagne contrast colour for the roof, exterior mirror caps, lower sections of the C-pillars and bonnet stripes to provide a striking showcase for the MINI Clubman’s dynamically flowing body lines and extended wheelbase. And, like the range of high-quality equipment provided, the bespoke interior colour and materials concept – which includes exclusively designed sports seats and a leather-covered instrument panel – makes the perfect fit for the generous levels of on-board spaciousness. 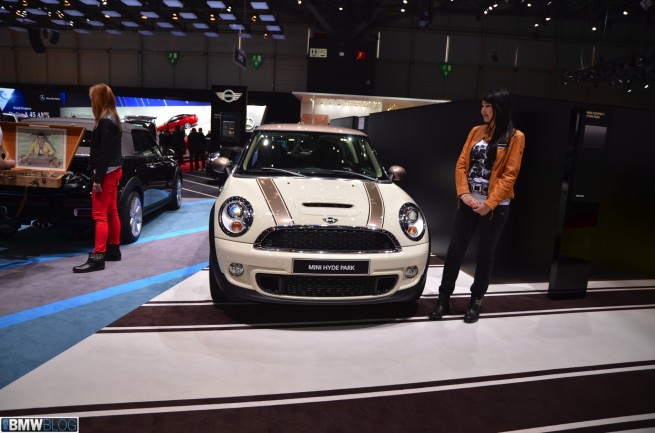 The Hyde Park has a combination of Pepper White exterior paintwork and the new contrast color Cool Champagne.

Here is a photo gallery from the show: