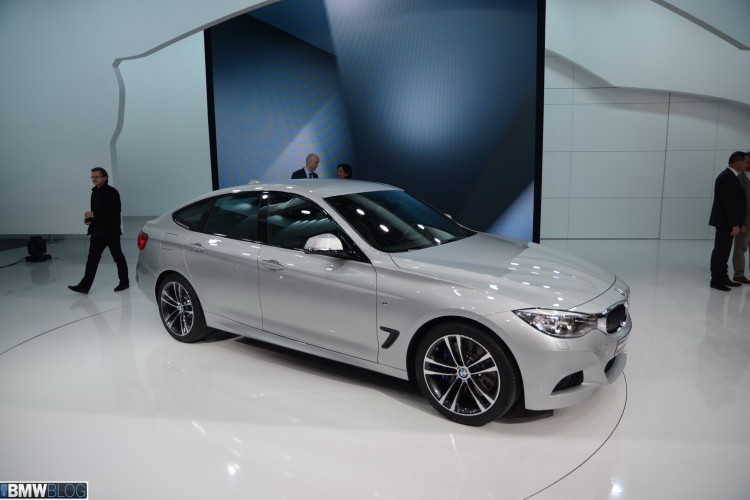 This third body variant of the current 3 Series model family unites the sporty-dynamic genes of the Sedan with the practicality and versatility of the Touring, along with enhanced space and ride comfort.

The 3 Series Gran Turismo stands out with its interior designed to provide luxury and comfort, for both the driver and his passengers. Page Biermann, exterior designer of the 3 Series GT, says that his design inspiration was drawn from the Lamborghini Espada, the grand tourer built by the Italian automaker between 1968 and 1978. 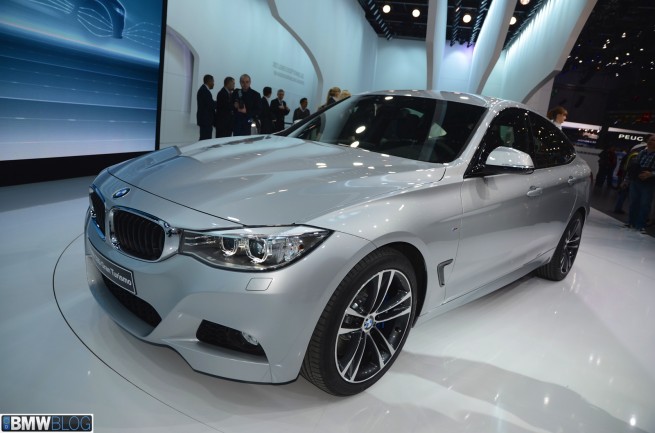 BMW displayed two models here in Geneva, the high-end 335i GT with a newly designed M Sport Package – which adds, beside the usual M design cues and aggressive front end, a new ///M logo on the front side skirt. The unique M badge depicts an M Sport model and not a fully developed M vehicle. The M Performance brakes with blue calipers were included in this show package, along with the Active Rear Spoiler which helps with downforce and aerodynamics.

The second model displayed is the 328i GT with the Modern Line, a softer approach of the 3 Series Gran Turismo. 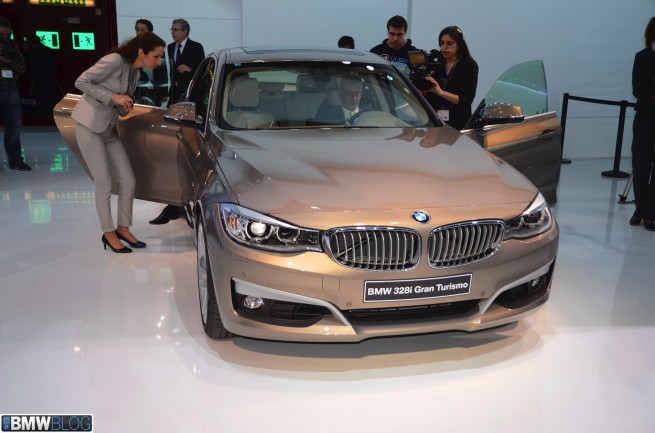 The new midsize Gran Turismo model is built on the 3 Series long wheelbase platform and uses the 5 Series GT’s design as the starting point. At 4,824 millimeters long, 1,489 millimeters tall, 1,828 millimeters wide and with a 2,920-millimetre wheelbase, the new BMW 3 Series Gran Turismo is notably larger all round than the Sedan and Touring variants of the 3 Series range. 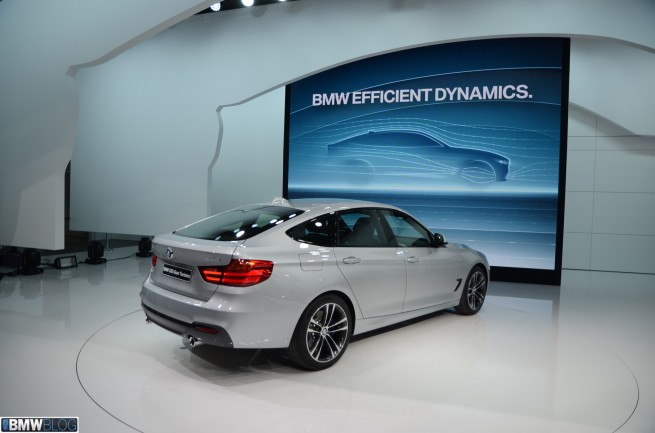 The new BMW 3 Series Gran Turismo is also 200 millimeters longer than the BMW 3 Series Touring and comes with a 110-millimeter longer wheelbase and stands 81 millimeters taller. Front and rear passengers all benefit from a seating position raised by 59 millimeters.

At a first glance BMW seem to have learned some lessons with their 5 Series Gran Turismo and the new 3er GT fixes some of the design features of its larger brother, starting with a more appealing rear-end.

Here is a photo gallery which will be followed soon by an exclusive interview with the 3 GT designer.