Turner Motorsport No. 96 BMW M3 with historic Victory at Circuit of the Americas

Home » Turner Motorsport No. 96 BMW M3 with historic Victory at Circuit of the Americas 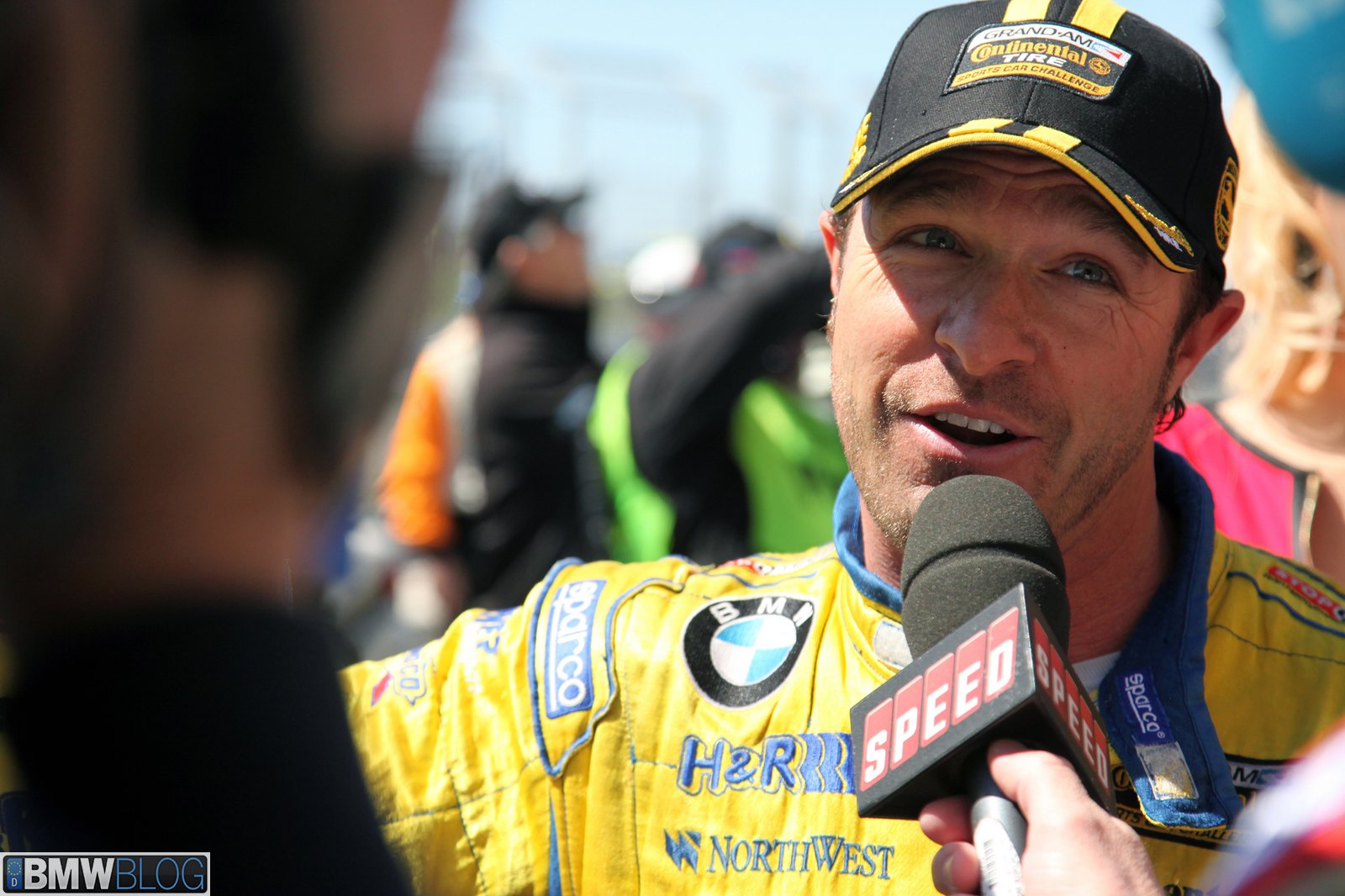 Victory drought notwithstanding, there was no way that Bill Auberlen and Paul Dalla Lana had forgotten how to excel in the Continental Tire Sports Car Challenge. That was clear today, as they captured the Continental Tire Sports Car Challenge overall victory in the GRAND-AM of The Americas presented by GAINSCO and TOTAL, at Circuit of The Americas.

Auberlen and Dalla Lana, in the GS class’ No. 96 Turner Motorsport BMW M3, won for the first time together in two seasons. Auberlen held off a hard-charging Spencer Pumpelly to win in the No. 96 Turner Motorsport BMW M3, with the pair changing the lead twice in the final seven minutes. Pumpelly, who took over for Dr. Jim Norman in the No. 38 BGB Motorsports Porsche Cayman, closed to within four-tenths of a second with one lap remaining. Auberlen then was able to take advantage of lapped traffic in Turn 1 to pull away and win by 3.804 seconds. 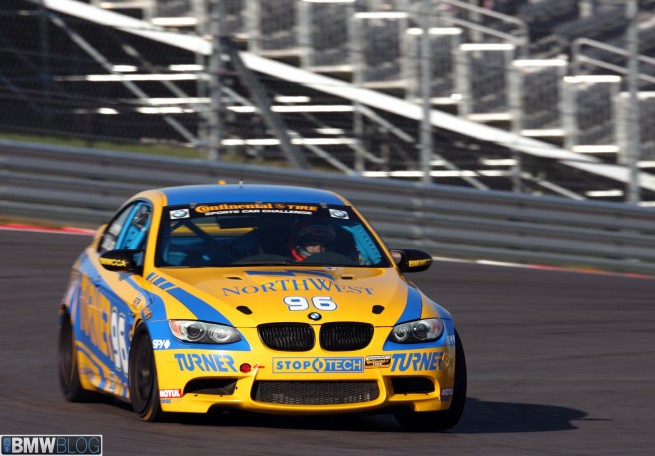 Bill Auberlen explained, “We tested here, and that definitely paid off in spades. This place is pretty hard to get your arms around, and we came up with an unusual setup. It’s like a road course setup on one side, and an oval track setup on the other. We definitely had an advantage. It was great racing with Spencer (Pumpelly), we were back and forth for the lead at one point. But then Spencer got caught up in traffic, and that allowed me to pull away.”

The Turner BMW set the example for the field, especially in the race’s second half. Auberlen led by as much as eight seconds and set the fastest lap of the race – 87.651 mph (2 minutes, 19.645 seconds). 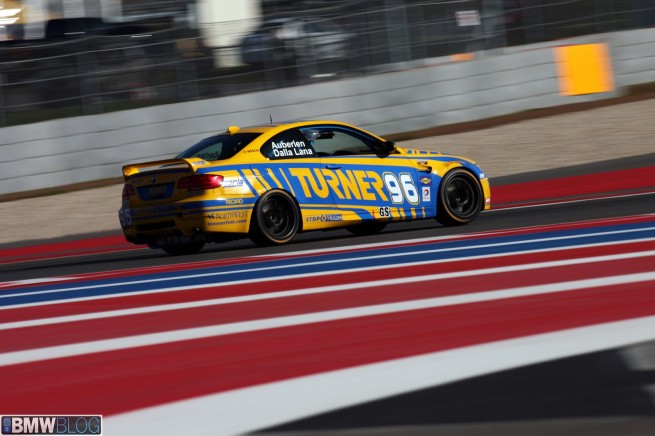 “This place is pretty hard to get your arms around, and we came up with an unusual setup,” Auberlen said. “It’s like a road course setup on one side, and an oval track setup on the other. It was a very specific setup, so we definitely had an advantage.”

This most recent win for the Turner Motorsport No. 96 BMW M3 marks Bill Auberlen’s 32nd career podium and the first win for the No. 96 GS M3 since Auberlen and Dalla Lana swept the Miami Grand Prix in 2011 with wins in both GS and GT.

The race will be televised next Saturday March 9th on SPEED TV at 4pm ET.

Watch for the Turner Motorsport M3s in the next round of Grand-Am competition from Barber Motorsports Park on April 6th. 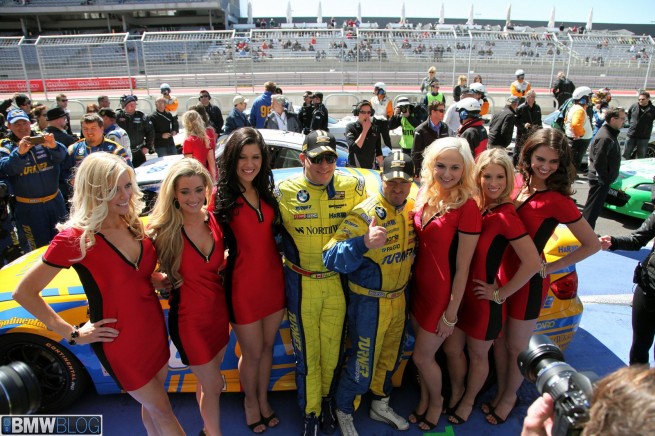 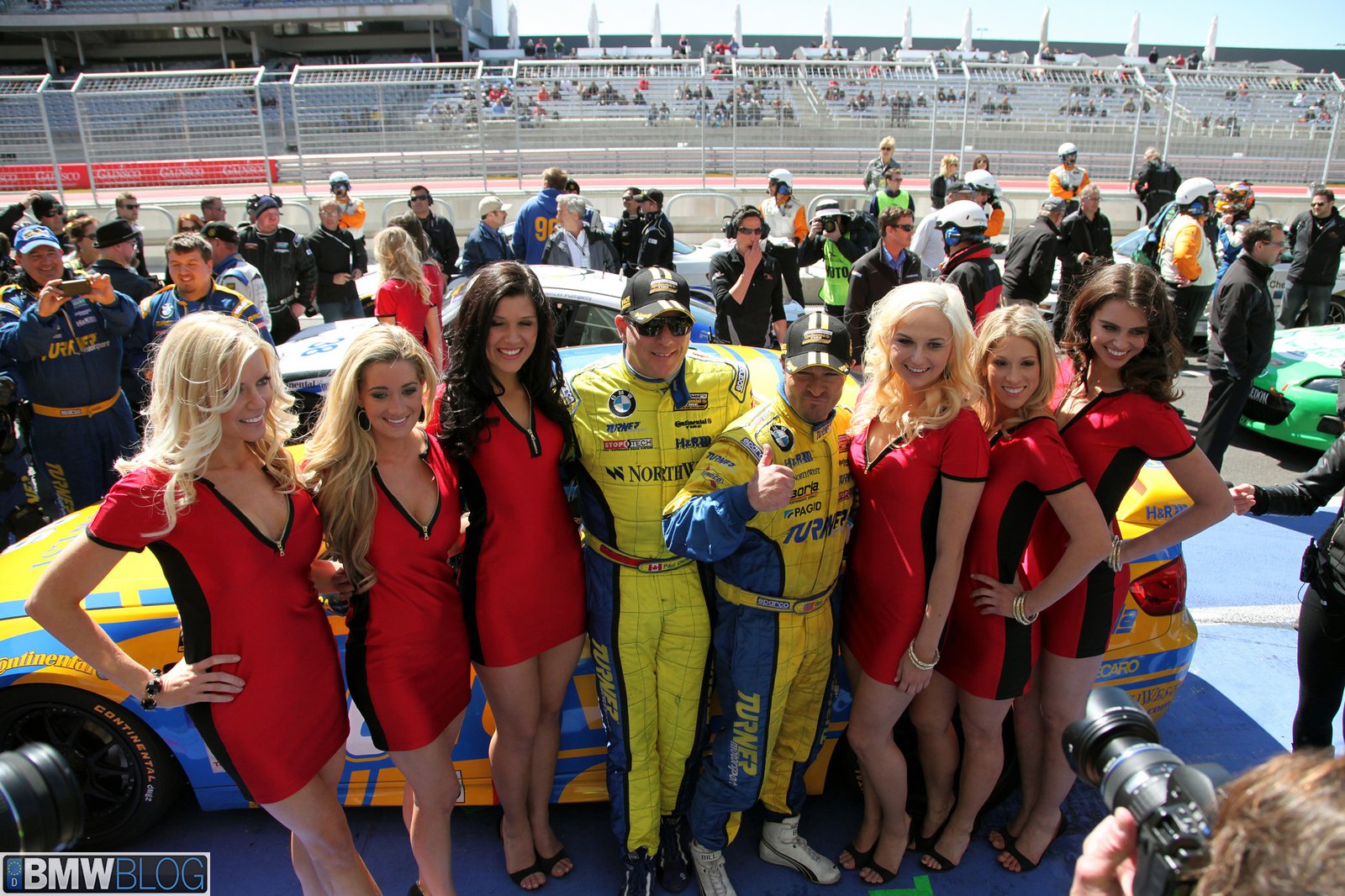 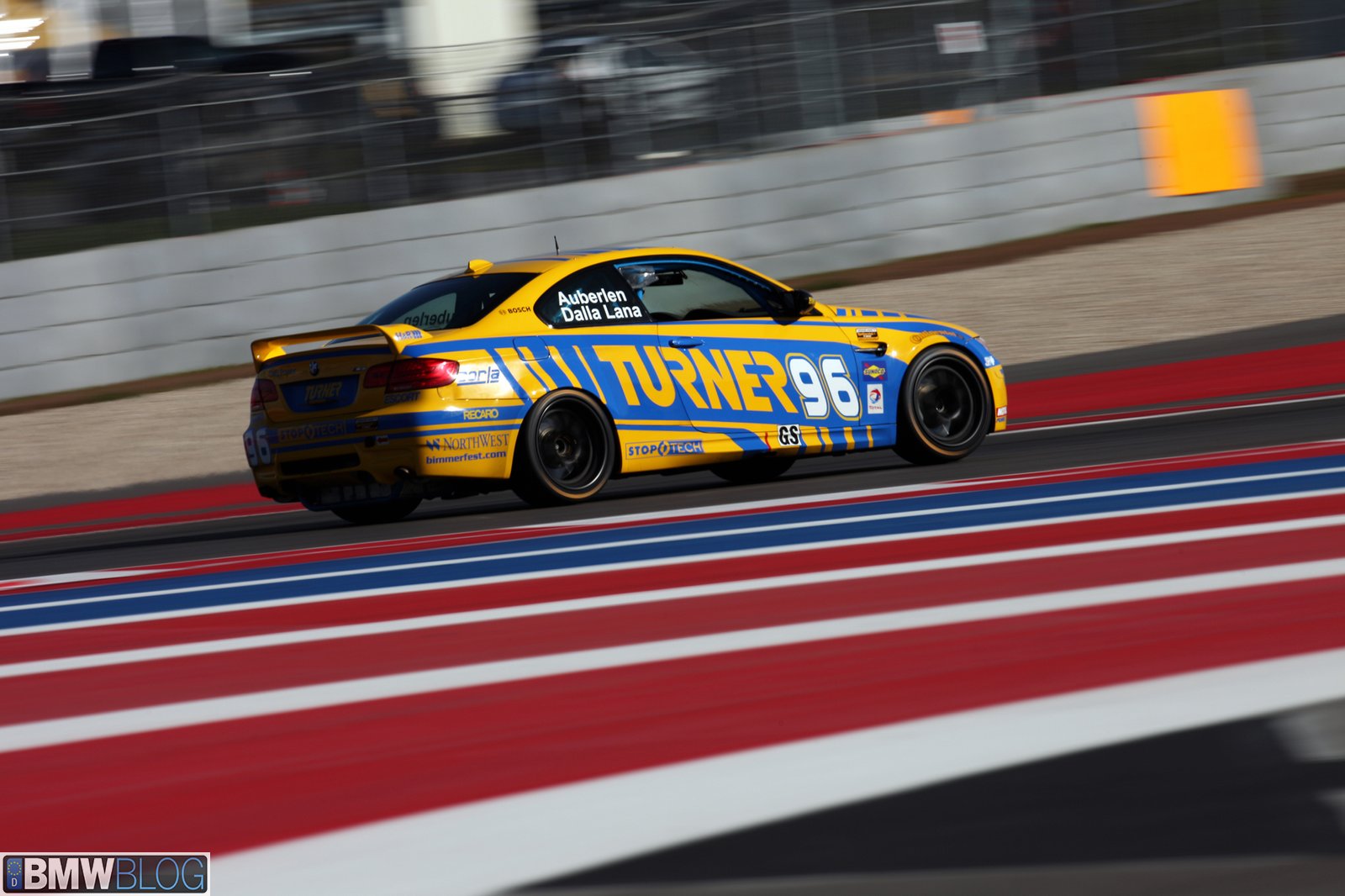 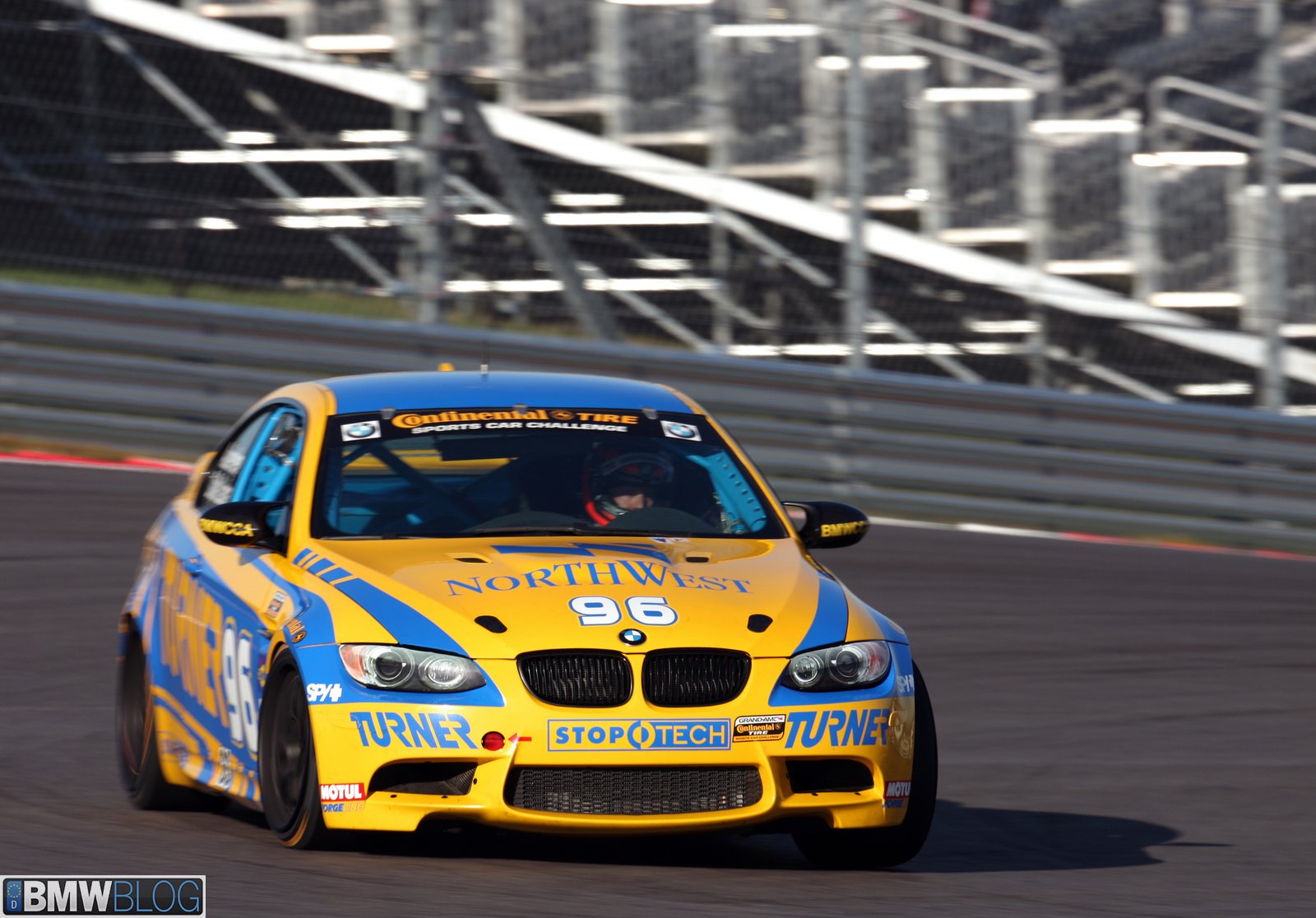 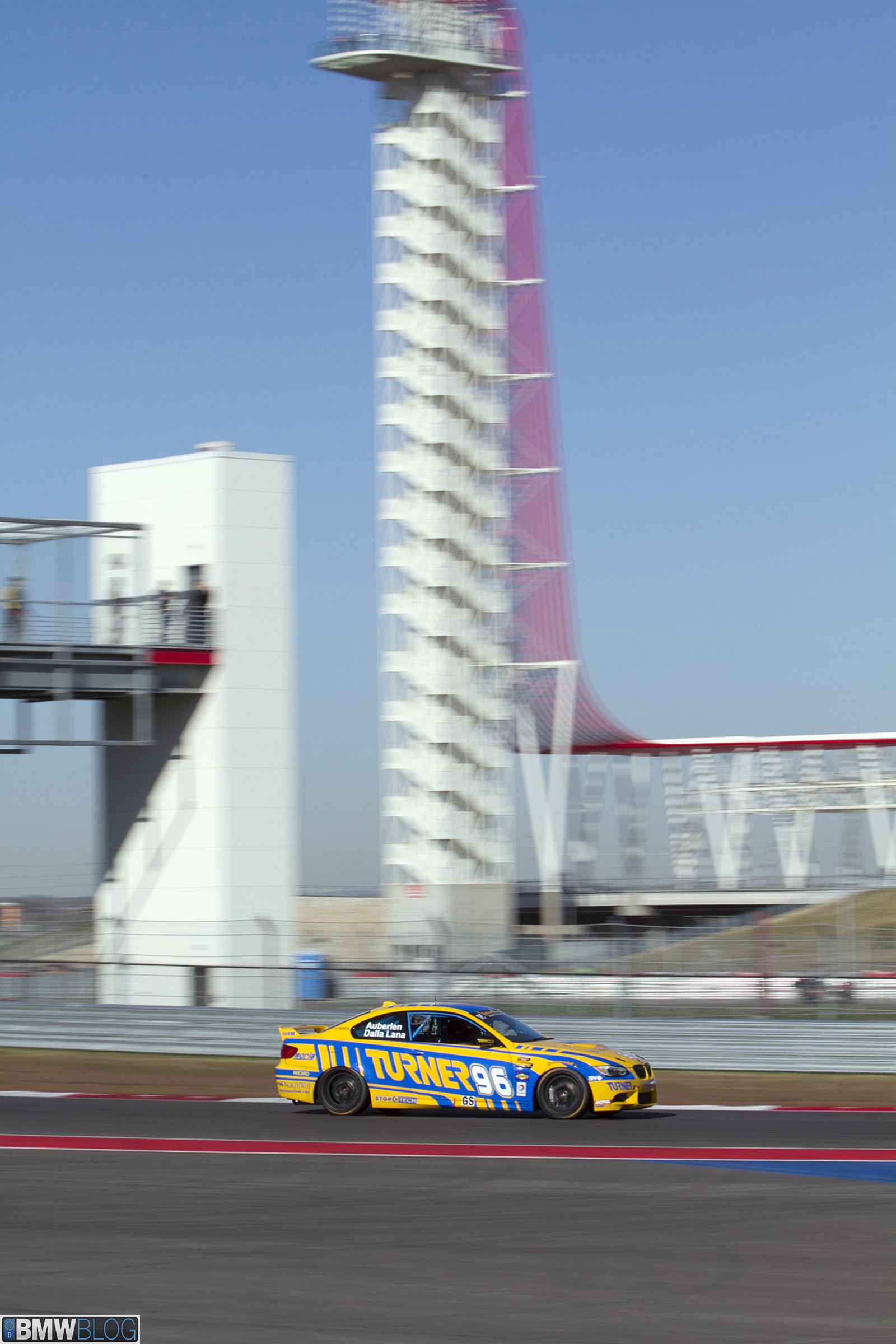 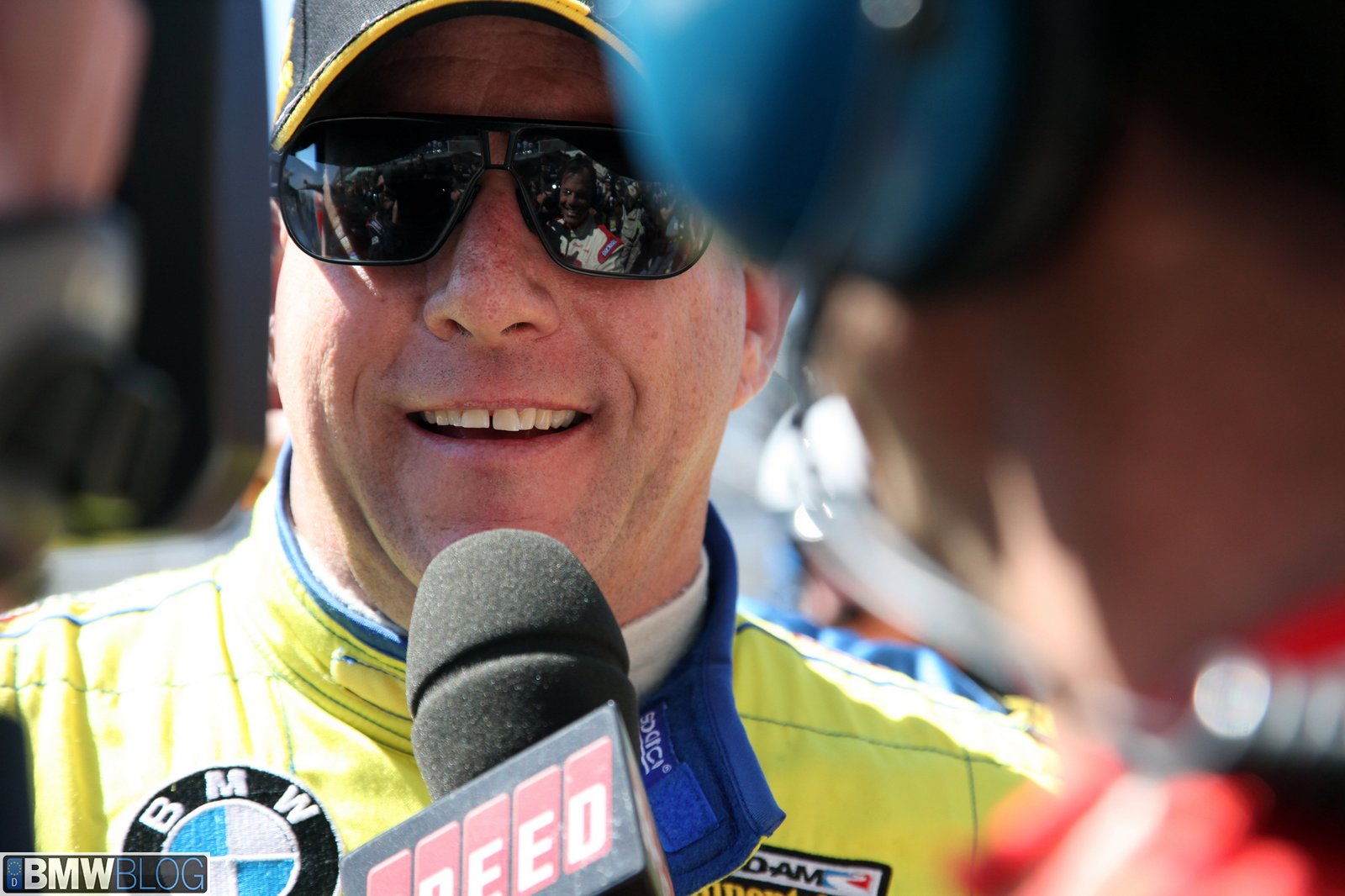 2 responses to “Turner Motorsport No. 96 BMW M3 with historic Victory at Circuit of the Americas”