Heels on Wheels: Who said all 300 horses were male?

Home » Heels on Wheels: Who said all 300 horses were male?

It is by some luck and with great excitement that BMWBLOG welcomes a writer of the fairer sex. Caitlin Sabean is a Toronto-based journalism school graduate with a distinct love of cars. Her unique mix of automotive enthusiasm and creative writing ability is sure to entertain both our male and female readership, and likely grow the latter.

Responsible for a weekly column entitled, “Heels on Wheels”, our new contributor will give us the refreshing viewpoint of a female buyer, driver, and all-round car nut.

And so, without further ado, I give you Sabean and her first piece written for BMWBLOG.com. – Shawn Molnar, Managing Editor, BMWBLOG.com

I’m one of those with the double-x chromosomes. I have a love of high heels, knee-high boots, tight jeans and sexy dresses. I take great pride in my hair and have a substantial collection of make up.

And apparently this means I will drive a certain type of car. A “Girl’s Car.”

Or “Girly Car.” Whatever revs your motor.

“It’s a car for.. a woman who can handle being a driver and not just a passenger with the capability of steering.”

This stereotypical image includes conversion convertibles, small hatchbacks, smaller range versions and cars with a ‘funky’ design. Cars like the Peugeot 206cc, one of the originals and most well-known to have been marketed directly at women.

These are the ones that can be described as cute, small, cheap and gutless.

Well, I’m here as a proud, card-carrying, purse-toting, boot-wearing, heel-happy, 100% pure woman to say that this is a very poor concept of what a modern day woman should drive.

I’ve got expensive taste. Bigger is better. I don’t do “cute”.

And I definitely don’t do gutless. 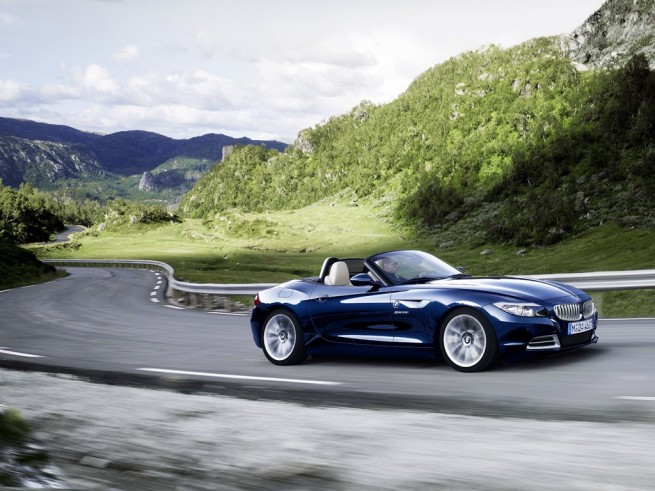 Or at least, it’s what I want to do. It’s been my dream car since I was a teenager. My plan was to get one just before I went for a post graduate degree, so I could drive around campus with ACDC blasting and breaking stereotypes left, right and center – who expects a fashionable woman in a driver’s car playing loud rock and roll music to be aiming for higher education?

“Like a good romantic relationship, the relationship with this car requires you to put in some work.”

I feel the Z4 is not just a perfect set of wheels for a stereotype crusher like me, but it is an ideal image for what a modern woman should enjoy driving, or at least enjoy being seen driving. Unlike the cutesy cars that are considered girly in looks, atmosphere and in ownership, it has a much more serious air about it that lends itself to be driven by a different type of person.

Clearly, the Z4 is considered by men to not be a girly car. In 2009, 60% of the buyers of the SLK, its competitor, were female, whereas only 30% were for the Z4. Even the three boys of Top Gear love the Z4 with Clarkson saying he’d take it over an SLK in a heartbeat (even though he had once owned an SLK himself).

In fact, Clarkson said in the television review “I’d rather have one of these than almost any of the Top Gear dinosaurs – it’s that good,” referencing other big gun cars such as Ferraris. Considering women are among the many groups Clarkson has insulted and offended, this pretty much crushes its image as a “girl’s car.”

Its price breaks the image as well. The Mazda MX-5, a typical girl’s car, starts at a “girl-friendly” $29,250 in Canadian currency – interesting note, I wonder if they changed the feminine Miata name to break the image? The Z4, on the other hand, starts at a much higher $54, 300. My dream ride with the Atacama Yellow paint was, in case you were wondering, around $72, 000 last time I played with the configurator.

But you do get what you pay for. The workmanship on a Z4 is, as with all BMWs, astounding…it is a German brand. It’s got space and it’s very comfortable so you can still feel like you made a practical purchase; for its power level it’s economical enough that you’ll never feel the need for an eco-box. I prefer the idea of a manual, but if you want to go automatic it does have the smoother transitioning double-clutch transmission and you can enjoy seamless progression into
more speed.

It has a few features that you may also enjoy, such as adaptive headlights and the adaptive M suspension – these don’t take away from the experience of driving so much as they let you concentrate your focus on the wheels beneath you, the wheel in front of you and the tarmac you’re eating up.

It’s not a car for salon-visiting and manicure-getting women either. As much as I enjoy the fine interior and excellent but not excessive add-ons, I enjoyed finding out at the Auto Show that the paddle shifters took effort to pull. I don’t like it when they are so light that you could accidentally shift up drumming to Shoot to Thrill. Those of the Z4 have that satisfying clunk-clunk feel and a heavier weight so you are absolutely aware of what you are doing. Like a good romantic
relationship, the relationship with this car requires you to put in some work.

Good, you’ll love it all the more that way.

I love that she’s got a bit of power under that extended hood, breaking the concept of the ‘small’ size in more than one meaning. The beautiful 4 cylinder can pump out 241 hp – or my darling the BMW Z4 sDrive35i with its High Precision Injection and twin turbos sets free 300 hp at 5,800 rpm and gets to 210 km/h.

I don’t think I would call that ‘gutless.’

But, just for a small moment, let’s forget it’s masculine-confirming numbers, the price that I wouldn’t call ‘cheap,’ the power, speed and experience of a true driver’s car, and see that it has one more thing going for it.

You’ll hear this from me a few times, I’m sure – but I love the styling of ‘angry’ cars. I call it angry as an opposite of the ‘happy cars’ – the ones that sometimes seem to be smiling at you, i.e, the googly-faced Mazda 3. Cars like the Z4 – or the entire BMW line really – look more serious. It’s got less soft curves and more hard angles and therefore becomes more of a statement than a wallflower. These cars aren’t saying “hey, aren’t I sweet” they are saying “look at me because I’m amazing.”

And this speaks quite loudly to my opinion of what is now versus what should be a girl’s car. The current image is definitely cheaper and smaller, but it is also an image of sweetness, cuteness and almost a look of inferiority in an ‘I’ll let the big boys pass’ kind of way.

“I’ve got expensive taste. Bigger is better. I don’t do “cute”.”

The stereotypical image is that of a road trip movie, like Crossroads with Britney Spears. An adorable car filled with predictably girly woman (and maybe one Hollywood-style ‘tom boy’) who are craving freedom.

They aren’t ambitious. They aren’t looking for advancement or strength or courage. They are looking for ‘freedom’ – which I don’t get. How can you feel free when you are trapping yourself under a glass ceiling?

And let’s be real. Once the image is in a movie starring Britney Spears I think that it, much like her career, should end.

Women today aren’t wanting to stand on the side lines. Some say they are looking for ‘equality’ – but I’ll be honest with you: any of us who are ambitious enough are looking for success, power and an individual image that only takes our XX chromosomes into consideration if we want to flaunt what we’ve got. I wouldn’t say we’re looking for ‘superiority’ so much as individuality, with some searching for leadership roles.

And some, like me, just want to rock life.

So I’ll repeat my earlier dream image: A twenty-something girl going for a post graduate degree and playing music that shames love songs inspired by the most recent crush/relationship/ex… 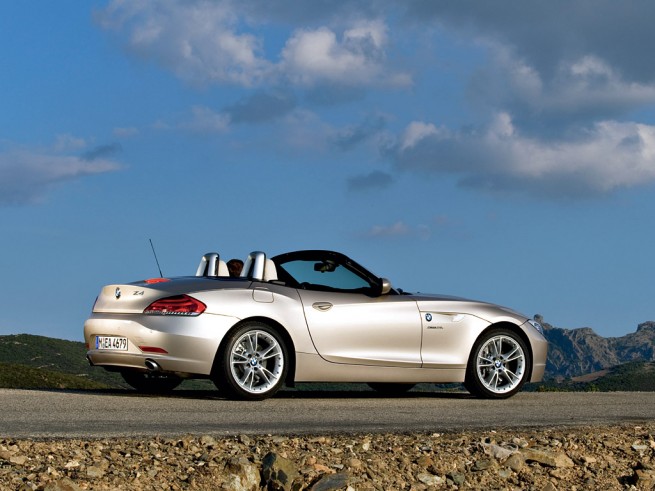