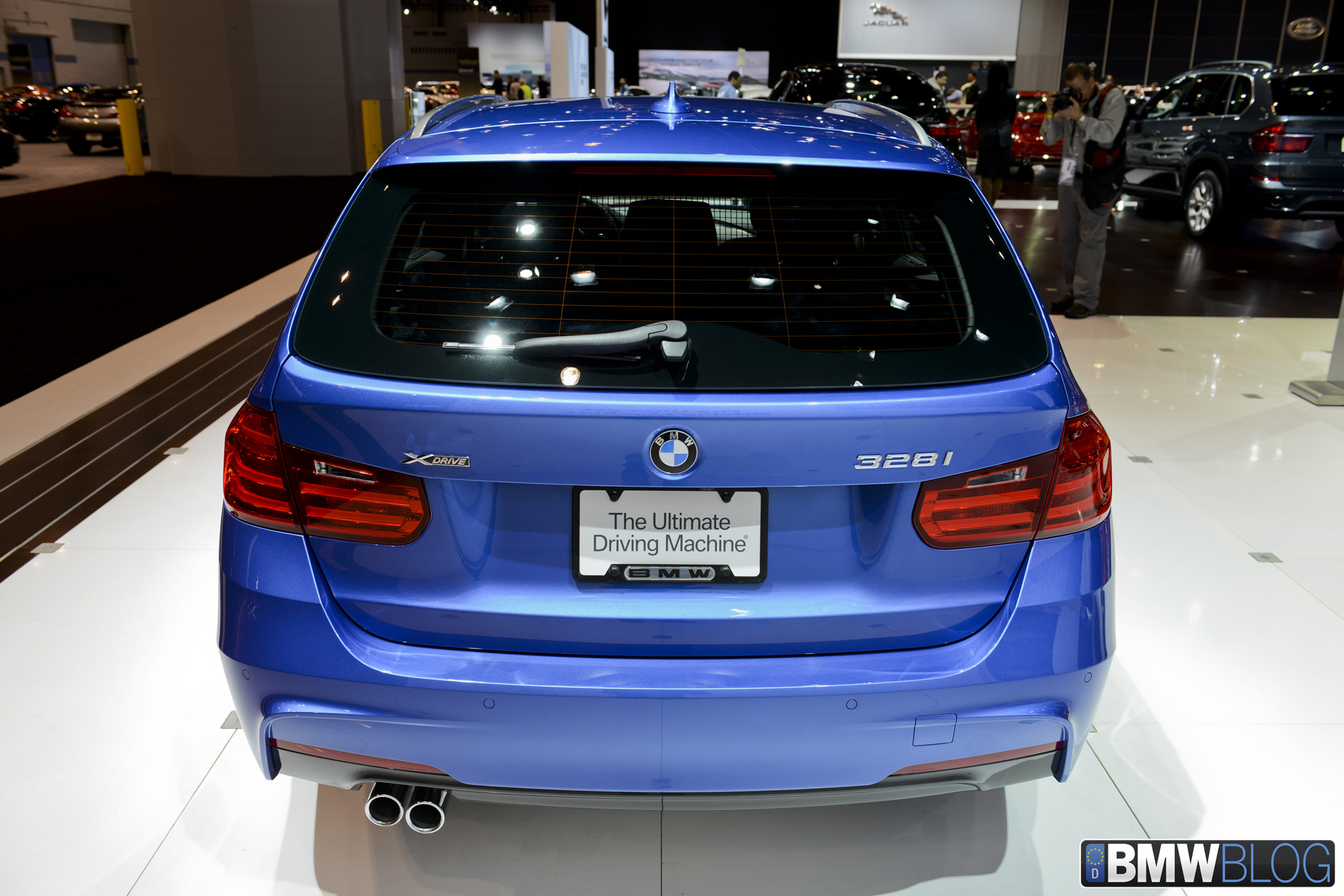 An Estoril Blue 3 Series Sports Wagon brings some color to the BMW exhibit at the 2013 Chicago Auto Show. The BMW 3 Series Touring, in its F3x designation, comes back to the United States with two models: the 328i xDrive and 328d xDrive.

At first glance, the F31 BMW 3 Series Touring looks like an evolution of the E91, but after a prolonged drive, the improvements over the previous generation begin to surface. Overall, the new F31 surpasses its predecessor by 3.66 inches in outer length, which in addition to larger cargo space, it offers the passengers more head and legroom.

The sporty touring also has a longer wheelbase, 1.96 inches over the previous model, as well as a wider track (front + 37 mm/1.46 in., rear + 48 mm/1.85 in.), all of these combined give the F31 Touring increased dynamics and ride balance. Despite the larger dimensions, more standard equipment and increase in torsional stiffness by ten percent, the mass weight is kept in check – depending on the model, up to 40 kilograms less than the E91 model. 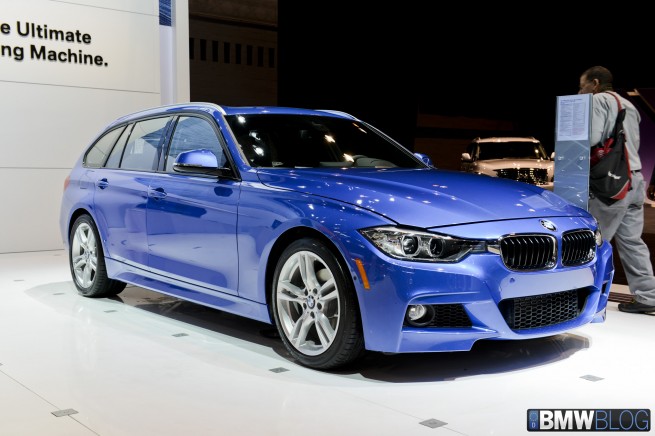 Both cars will arrive at U.S. dealerships in July 2013.

The model introduced in Chicago comes equipped with the beautiful M Sport Package that turns the 3er Sports Wagon into a looker. Of course aided by the M Sport exclusive Estoril Blue paint. 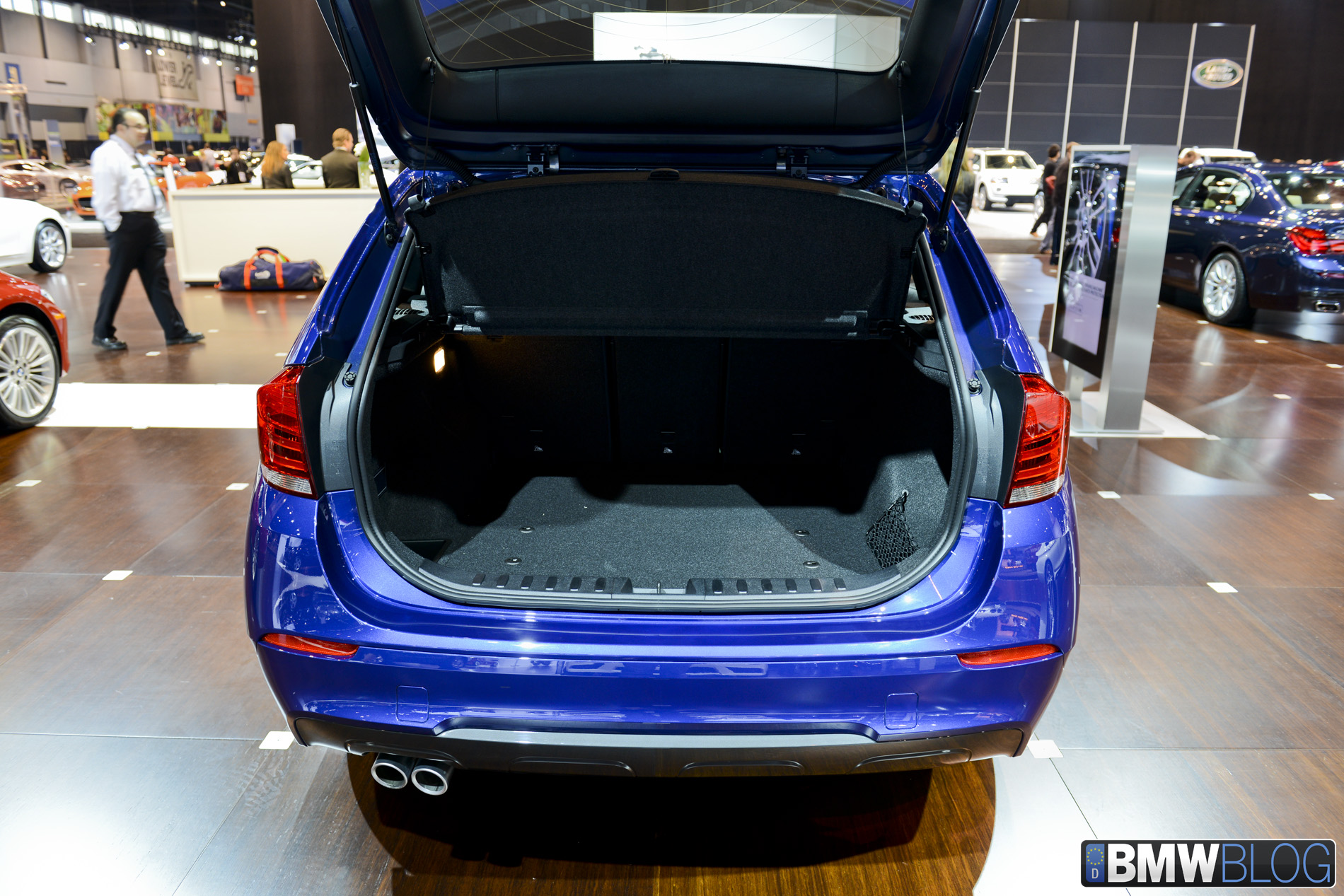 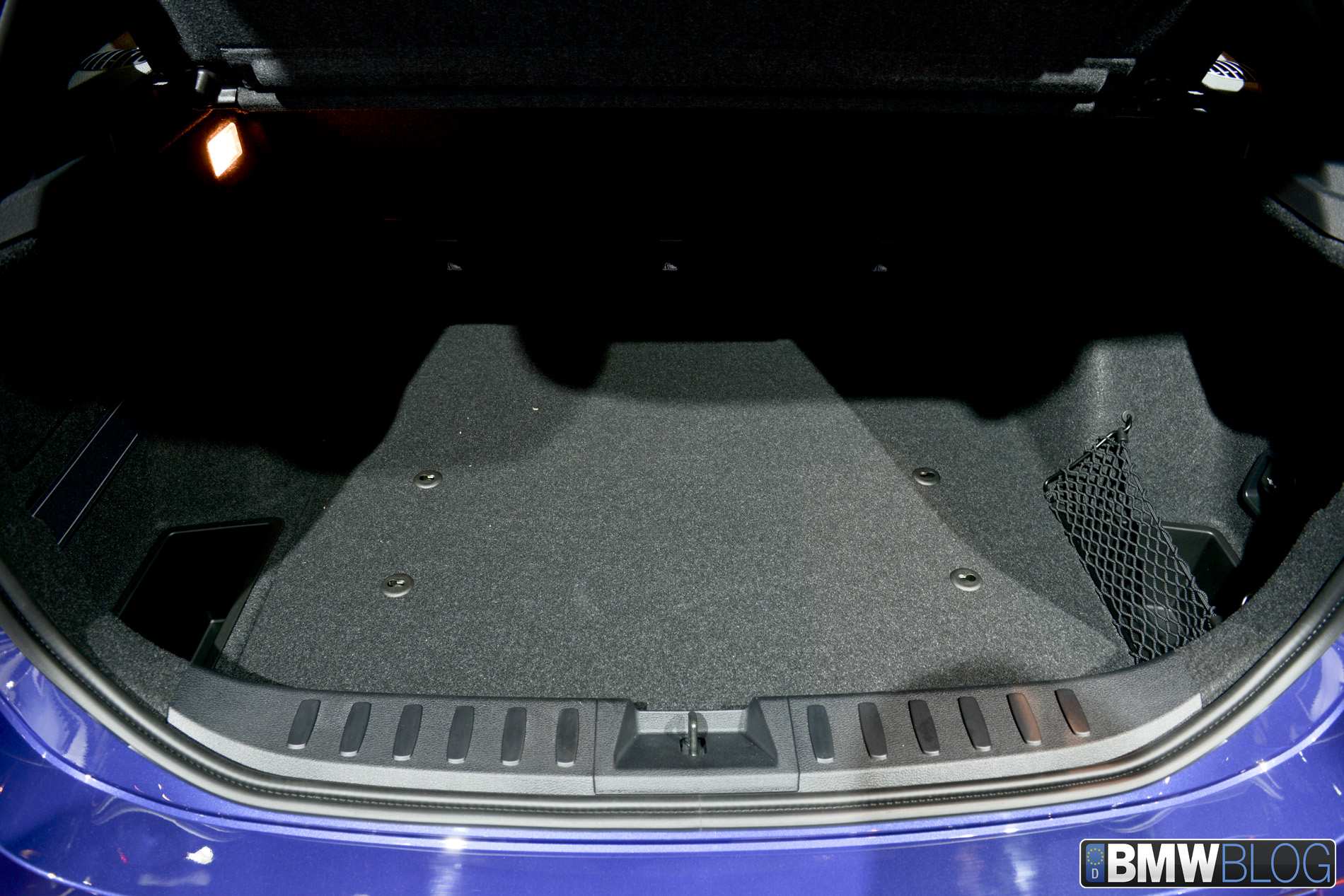 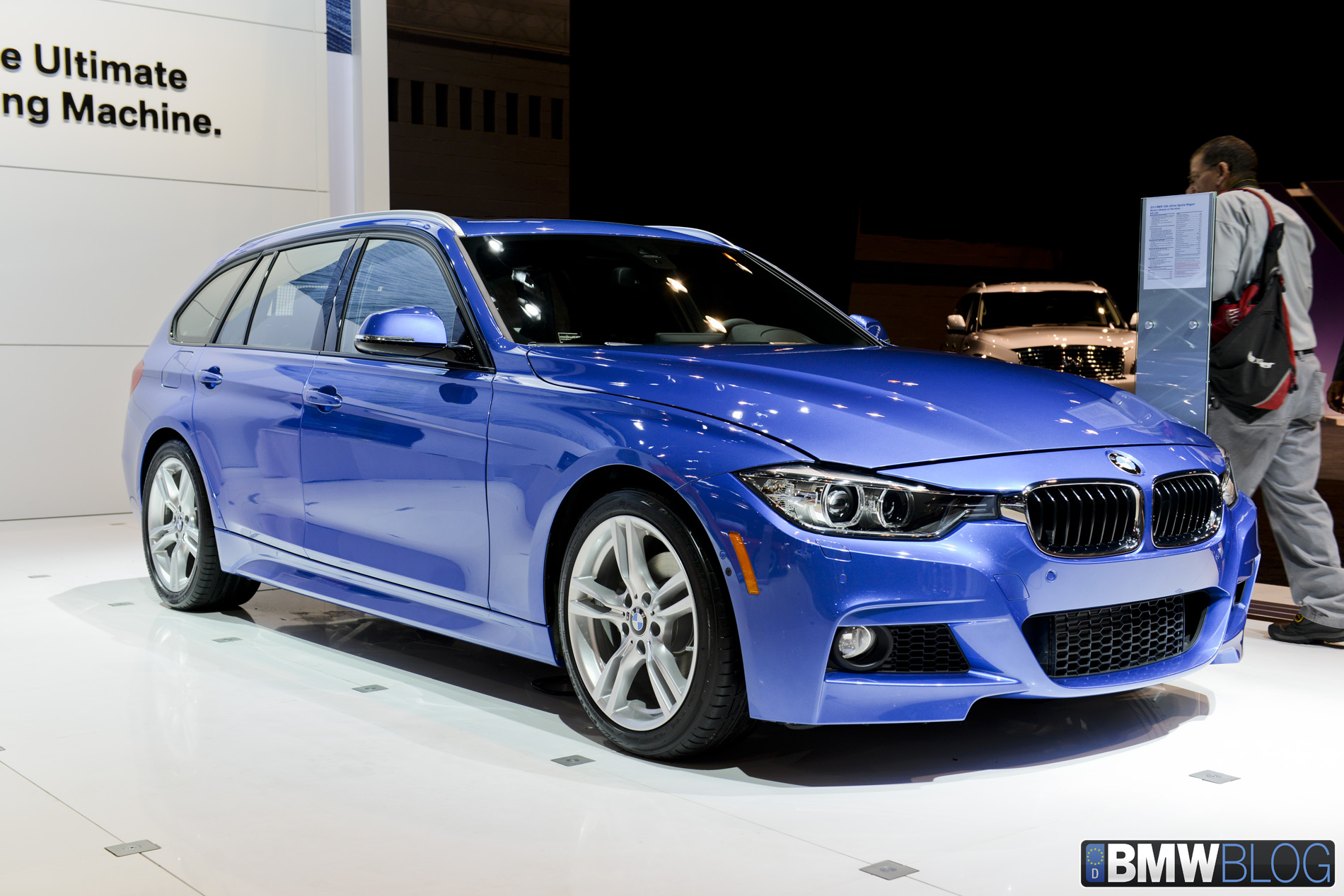 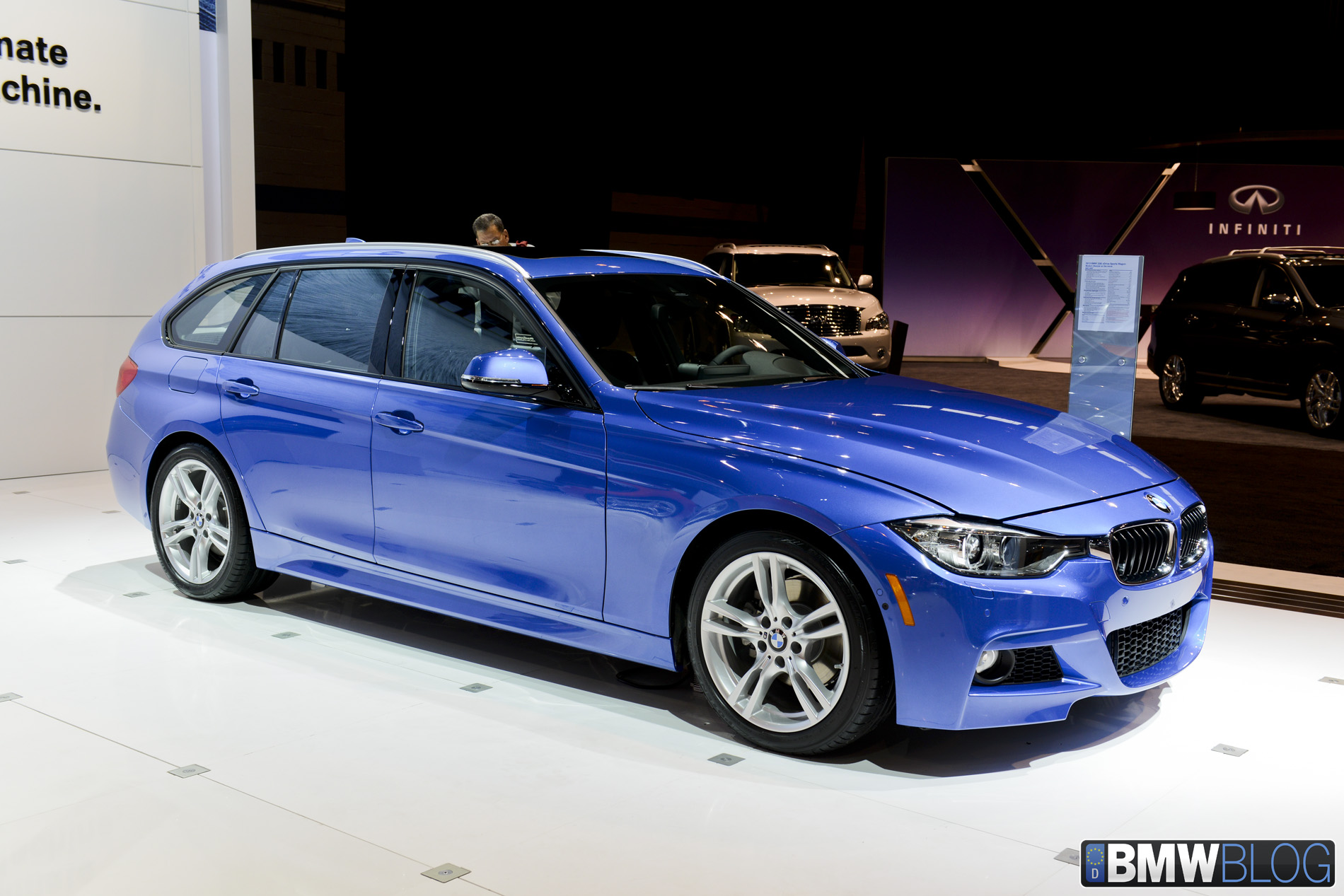