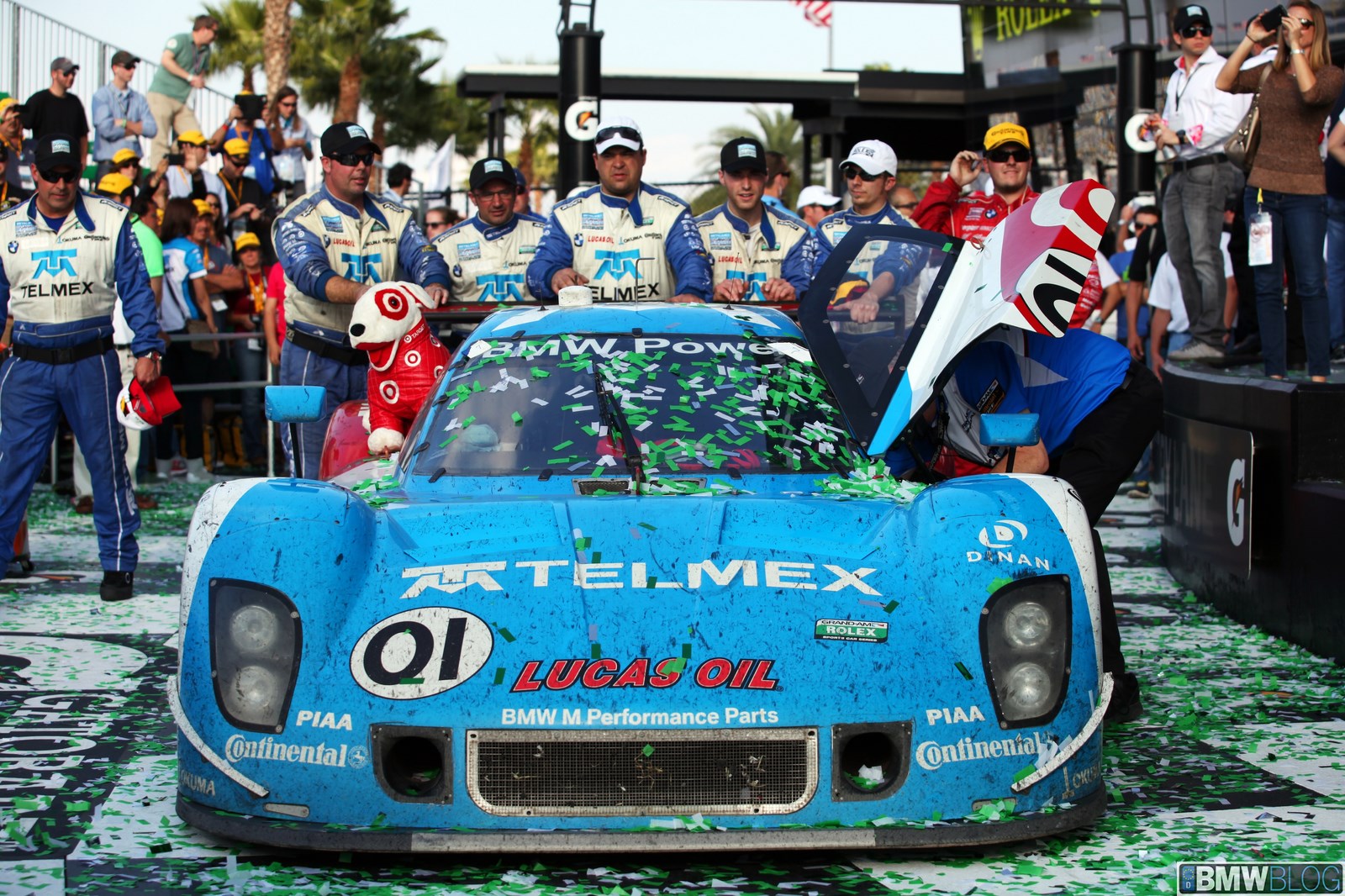 The No. 01 Chip Ganassi Racing with Felix Sabates TELMEX/Target BMW Riley ended 24 hours of hard fought sports car racing at the 51st Rolex 24 At Daytona in the same position from which it started: First.

Starting from the pole-position, CGRFS co-drivers Scott Pruett, Charlie Kimball, Juan Pablo Montoya, and Memo Rojas completed 709 laps in the twice-around-the-clock endurance classic at the Daytona International Speedway to secure the famous pyramid-shaped trophy and Rolex watches. The car led a total of 420 laps and set the fastest lap of the race at 1:41.177 minutes on Lap 180.

The victory is the second overall Rolex 24 win for BMW with CGRFS. The first win came in 2011. Since the program began in 2010, the combination has combined for the GRAND-AM Daytona Prototype Manufacturer’s championship in 2010 and 2011 and the Team and Driver titles (Pruett and Rojas) in 2010, 2011 and 2012. 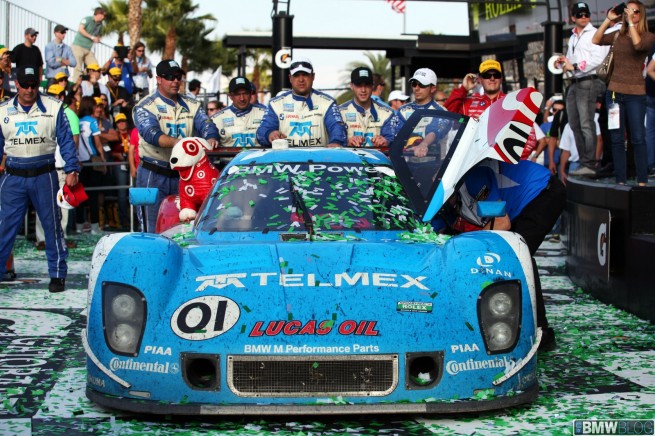 The No. 02 CGRFS TARGET/Telmex BMW Riley of Scott Dixon, Dario Franchitti, Joey Hand and Jamie McMurray started the race from the outside of the front row and led107 laps before retiring from the race with gearbox problems on lap 594. They were credited with an 11th place finish.

Team Sahlen, in the team’s debut Daytona Prototype race, finished their two BMW Rileys in the 9th and 15th positions. The performance of the No. 42 Sahlen’s machine of Dane Cameron, Bruno Junqueira, Will Nonnamaker and Simon Pagenaud was notable for qualifying 3rd and finishing 9th. The BMW Riley of Fifty Plus Racing finished 12th, completing 517 laps.

In the GT class, BMW was represented by two Turner Motorsport BMW M3s. Unable to start their No. 93 car due to a mechanical problem and crash in the Friday’s final practice session, the team raced the No. 94 M3 to an 18th place class finish.

“The Rolex 24 at Daytona is always an exciting race and this year was no different,” said Gordon McDonnell, BMWNA Motorsport Manager. “BMW and our engine partner Dinan Engineering are extremely proud to have powered Chip Ganassi Racing with Felix Sabates to another Rolex 24 victory and Scott Pruett to a record-tying fifth win. I would also like to congratulate Team Sahlen on an excellent debut race with BMW Power.”

The second round of the 2013 GRAND-AM season will be held at The Circuit of the Americas, in Austin, Texas, on Saturday, March 2. 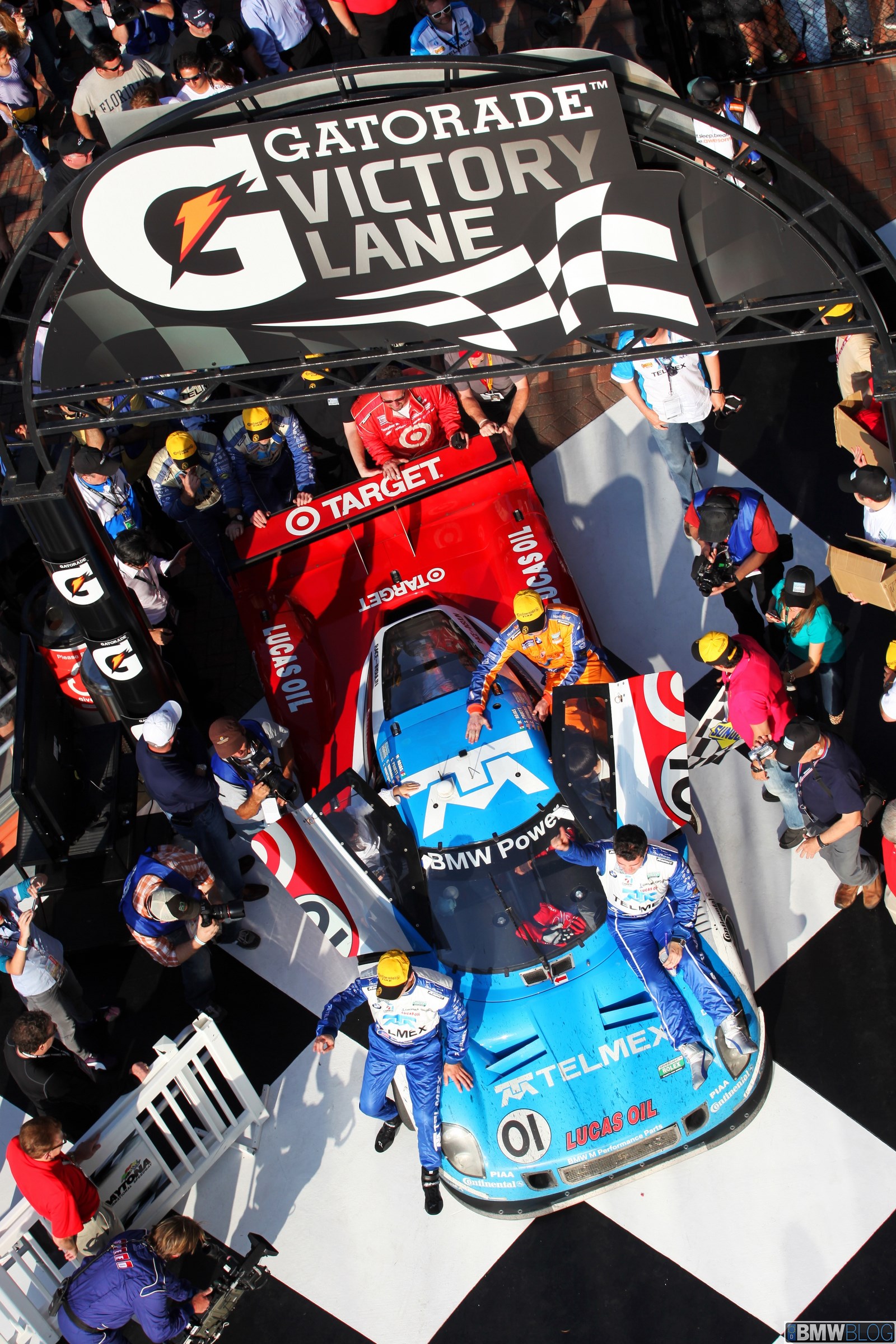 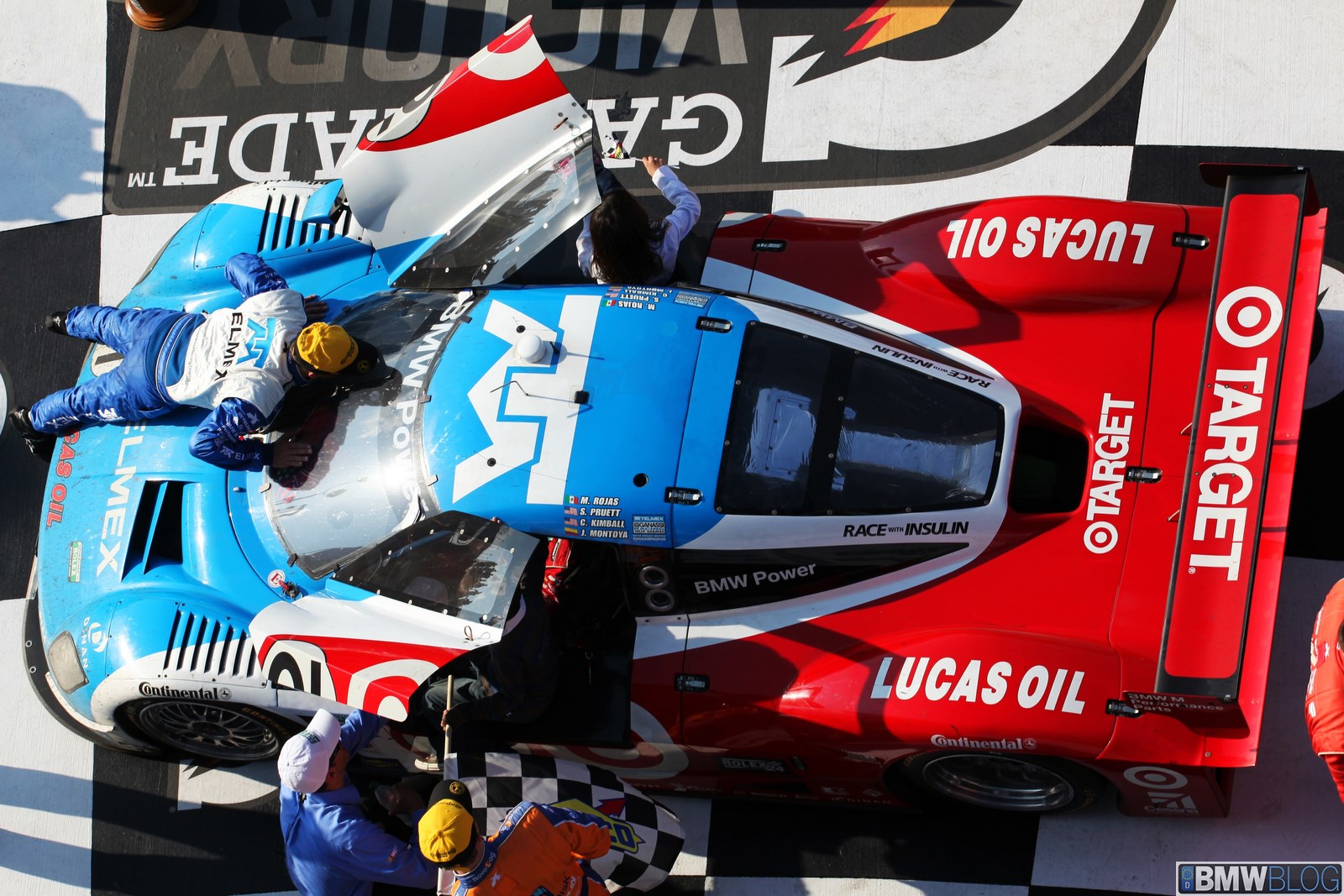