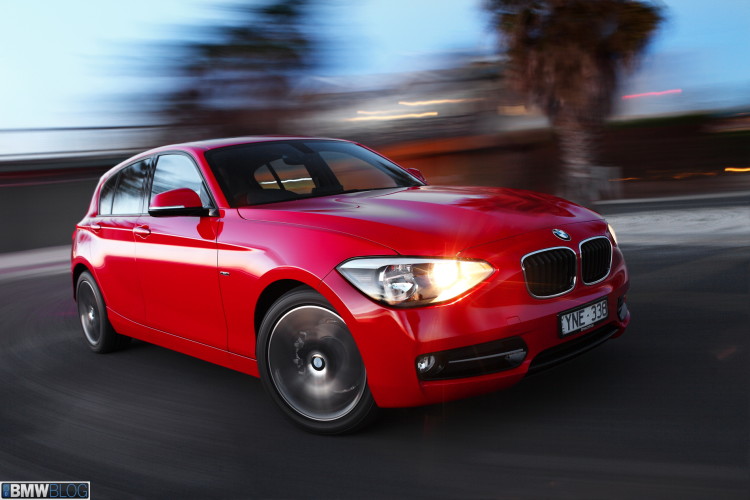 It’s raining and I’ve just been handed the key to a 2012 right-hand drive 118d Sport Line with a six-speed manual transmission. I’ve always wanted to try rowing a stick with my left hand, but right now in the rain with BMW of Australia’s press car in my hands I am not sure launching myself into Melbourne traffic in the rain is exactly what I had pictured in my mind.

Just few blocks into my drive from BMW’s press center, I find myself at a large intersection waiting for my turn light. My mind starts wondering over the cool cabin tech, taking in the textures and efficient layout of the interior of this five door hatch. Then, I get this sinking feeling. I look up and the car in front of me has just left and I am in neutral and not ready. Without thinking, my left hand grabs the stick shift and deftly shoves it into first gear, I slip the clutch marveling at the torque as the 118d quickly takes off and then, just then I realize that it’s not a big deal to be shifting with the left hand. 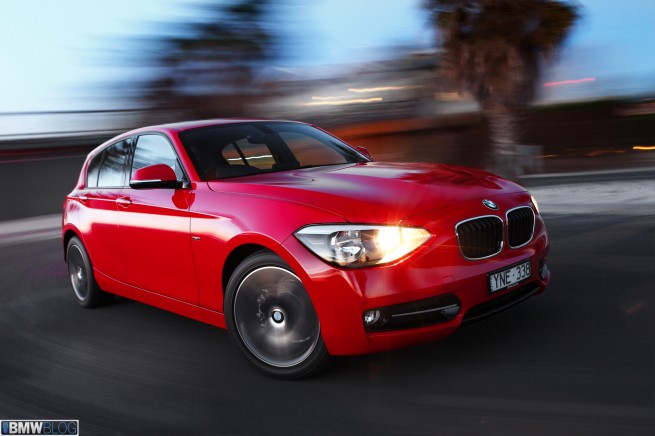 Cool. Now I can enjoy the experience without worrying about muffing a gear shift in wicked Melbourne traffic.

The first generation BMW 1 Series was born in 2004 and became a great sales success with over 1.2 million sold. The 2008 Efficient Dynamics edition of the 118d was named the 2008 World Green Car making 52 mpg. The all new F20 1 Series debuted in the summer of 2011. It is remarkably 60ish pounds lighter, 85mm longer and weighs in at 1320 kg or about 2900 lbs. It also has a 5cm wider front track, a 7cm wider rear track and provides more interior room while becoming more fuel efficient. Electric power steering, auto start stop, brake energy regeneration as well as 6-speed manual transmission and an optional 8-speed automatic, all help the new F20 be more fuel efficient. 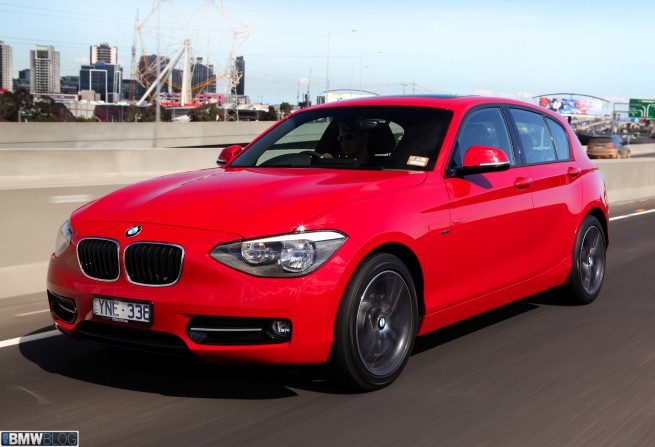 The 118d BMWBLOG tested was a Sport Line which includes sport seats, a thick leather sports steering wheel with red contrast stitching, a red highlighted key fob, high-gloss black interior, door sills and matte coral accent strips. Also unique to the Sport Line, an instrument cluster that can be changed from orange to white. The black interior with silver trim and red highlights add together to make distinctive sporting statement. The exterior Sport Line touches are blacked out kidney grills, high gloss black bumper trim and mirror caps. 16” wheels are standard and 17s are optional, and well worth it. 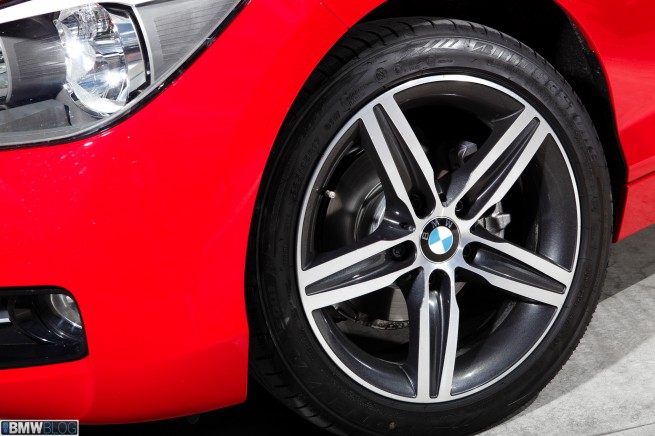 Overall, I found the interior to be very well laid out and noticed right off that the cup holders in this new generation are much better than the ones in the previous E87 1 Series I’ drove over 1800km in Europe. The F20 Sport Line steering wheel is nice and thick. On the left side of the steering wheel is a very intuitive cruise control set up and on the right one finds controls for the stereo and phone. The wiper stalk is on the right and the turn signal stalk is on the left, uber efficient when combined with the other steering wheel buttons because you don’t have to take your hands off the wheel to access critical and commonly used functions while driving, especially in the rain. 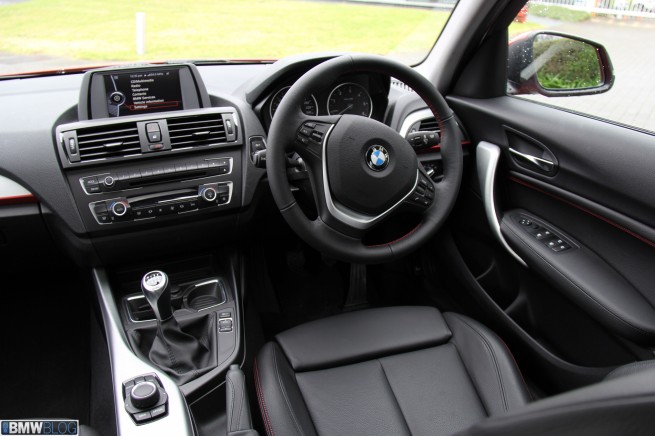 Why bore you with such details? I wouldn’t have but the more cars I drove “Down Under” in Australia the more oddities I picked up that manufacturers did in making cars right-hand drive. I found most Japanese cars had turn signal stalks on the right of the wheel, where as the German’s kept the turn signals on the left-hand side of the wheel. Just as I’d gotten use to one, I’d get in another make and it would be opposite, and this “dumb American” would put the wipers on before signaling.

On the practical side the rear seats fold down in a 40/20/40 split and when all three are down you have 1200 liters of luggage space. It’s a great use of space. Seats up, the 118 carries four adults comfortably and still yields 360 liters of storage. Need more space? Throw a luggage rack on the top or a trailer hitch on the back and it’s practicality and uses go up further. In the previous generation I toted my family of three around Europe for 1800km comfortably for over a week and this new F20 1 Series is even bigger.

Plus did I mention the cup holders no longer suck? 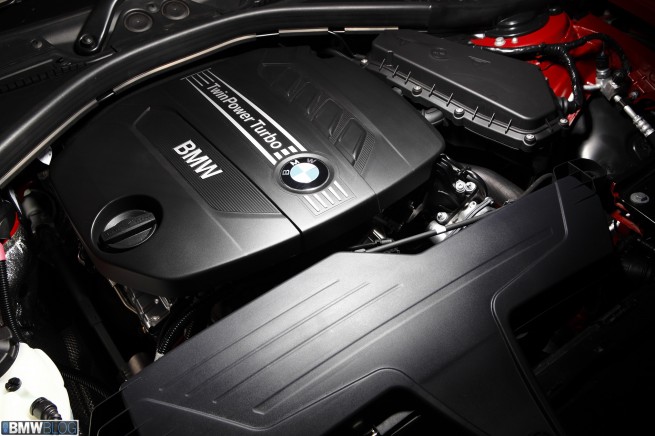 The heart of the 118d is the N47 2.0 liter diesel. It is an inline-four with BMW TwinPower Turbo that has a variable-geometry turbo with common-rail, magnetic-valve DFI. Surprisingly the N47 doesn’t really have much diesel clatter. It’s just a little louder than modern day DFI motors. This N47 makes 143 hp at 4000 rpm and peak 320 Nm of torque is available in a broad band from 1,750 to 2,500 rpm.

0-100 km/hr is reached in 8.9 seconds but it felt faster. It responds much like one would expect a diesel to, a lot of torque down low but seems to run out of steam in the upper rev-range. This is not bad, rather its just the nature of a diesel motor, unless you are talking about the M50d Performance BMW line diesels which breaks the diesel mold. The UK lists fuel economy in Imperial MPG and urban is 51.4 mpg, extra-urban mpg is 72.4 and combined 62.8 mpg.

I found the F20 118d a balanced fun car to drive, tough not overly powerful. The rear-wheel drive gives you the tried and true BMW driving dynamics. Over a variety of roads, I found that it has a firm yet complaint ride. The 1 Series has a double-joint spring strut front axle and a multi-arm rear axle. The 118d has an electronic differential lock though active only in DSC-Off mode. Throttle response is typical diesel. I love that huge torque down low and found myself quickly running through the gears to keep in the low rpm torque band. There was more body roll than I’d like but realize it’s not a M car and IMHO there is more chassis than motor. Electric power steering – either I am getting use to it or BMW is getting better at it. It’s still not what an E92 M3 feels like but not bad either. 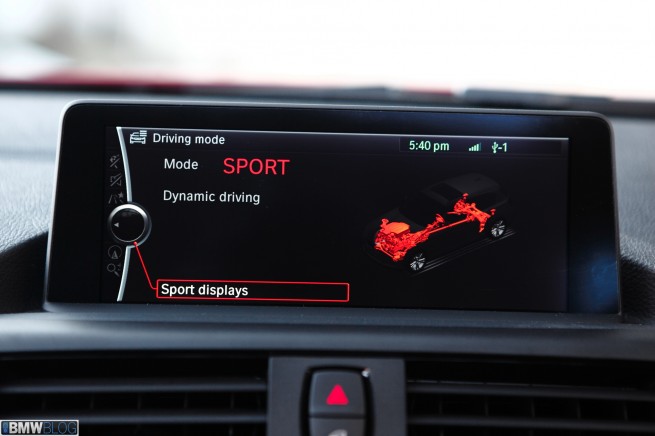 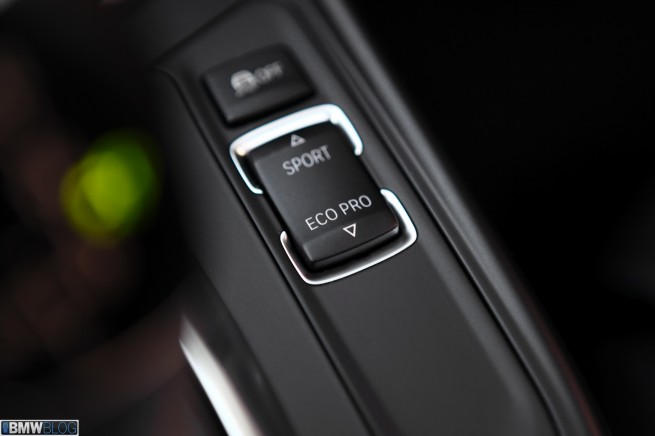 Switchable driving dynamics with different throttle and engine mapping is something I am still getting used to. I usually set it in Sport or Sport + if it’s available and forget it. In the case of this 118d Sport Line there are four settings: Eco Pro, Comfort, Sport and Sport +.

In non-sport models, you get just the first three. The Sport + can also be present if you spec the eight-speed sports automatic, or variable sports steering. Confused yet? A cool perk if you option iDrive/Nav is that you get a sport display on the iDrive screen that shows real-time engine performance and torque!

I found that the F20 has a rather low seating position or maybe i’ts the highish doors relative to the seat. It was not at all bad for vision, just way different than say a 1M’s seating position. I talked about the cabin ergonomics and tech above but it bears mentioning that all these combine to make a great driving experience even better.

Only Audi comes close to BMW in integrating cabin tech. 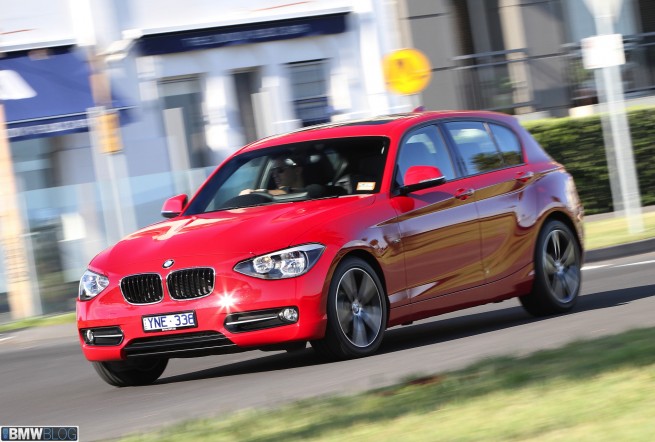 Its unique distinctive low slung shape and Hofmeister Kink are classic BMW. The new 1 Series is a five door hatch that functions like an automotive Swiss army knife. The 118d Sport line is as fun to drive as much as it is practical. It reminds me of what a modern E30 would be and in the 118d case it adds incredible fuel economy to boot. I can see why five door hatchbacks are so successful in Europe, I just wish they sold them here.