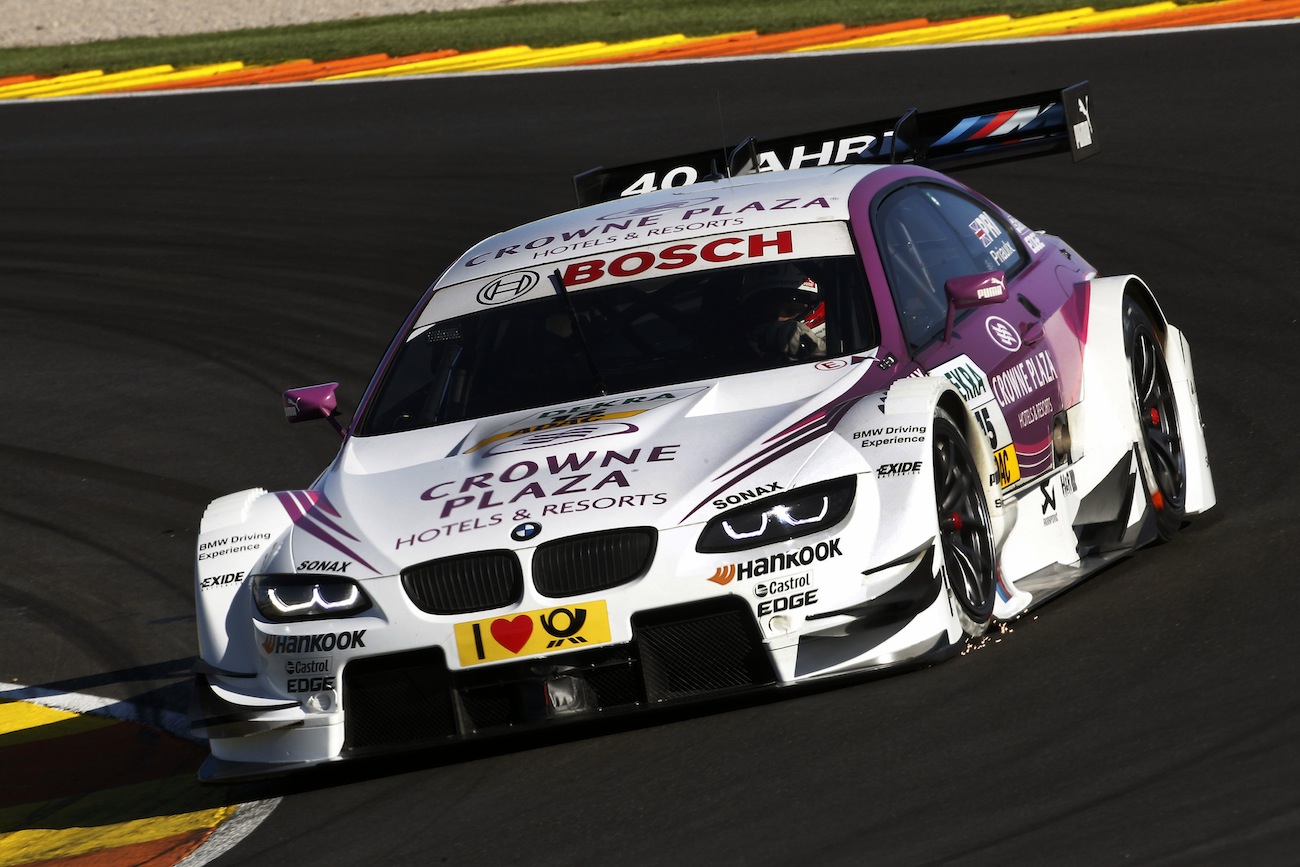 Farfus claims fourth win of the season for BMW Motorsport in Valencia – Four BMW drivers in the points at penultimate race.

Valencia (ES), 30th September 2012. Brazilian debut in Valencia (ES): BMW Team RBM’s Augusto Farfus has won his first DTM race at the “Circuit de la Comunitat”. The 29-year-old, at the wheel of the Castrol EDGE BMW M3 DTM, crossed the finish line 8.406 seconds ahead of Adrien Tambay (FR, Audi) to become the first Brazilian in the history of the DTM to celebrate on the top step of the podium. He had previously claimed his first pole position in the series on Saturday.

Farfus was not the only BMW driver who could be happy with the result after 46 laps of thrilling racing in Valencia. Having completed a drive-through penalty on lap six for a jump start, Bruno Spengler (CA) worked his way through the field from 12th to sixth. Andy Priaulx (GB, Crowne Plaza Hotels BMW M3 DTM) and Dirk Werner (DE, E-POSTBRIEF BMW M3 DTM) also picked up points, coming home in eighth and ninth respectively. This was the first time since the race at the Norisring (DE) that BMW Motorsport had ended the race with four drivers in the top ten. Spengler also set the fastest lap of the race with a time of 1:27.116 minutes. 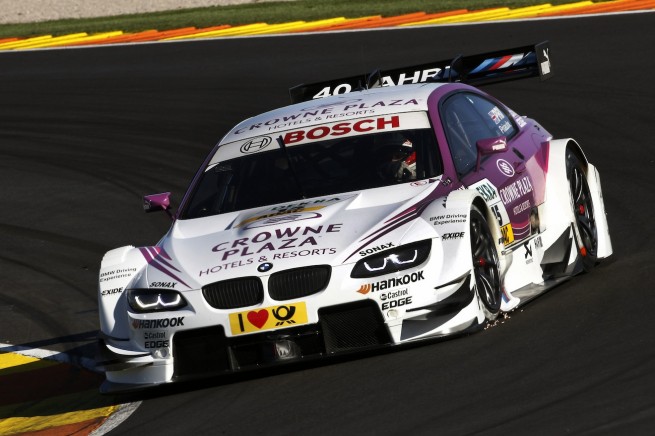 BMW Team RMG had a disappointing race: Martin Tomczyk (DE) had to retire immediately after the start when his BMW M Performance Parts M3 DTM was damaged, through no fault of his own, in the turmoil of the first few corners. His team-mate Joey Hand (US, SAMSUNG BMW M3 DTM) retired on lap 44, having also been hit and damaged by a rival car during the opening stages of the race.

Farfus’s triumph in Spain underlined emphatically the speed with which he has found his feet in the DTM. Going into the season finale in Hockenheim (DE) he is already assured of ending the year as the most successful rookie. Farfus first stepped onto the podium courtesy of a second place at the Lausitzring (DE). BMW has now claimed four victories in the 2012 season and now has 53 DTM triumphs to its name. Having previously won three titles and countless races in the FIA World Touring Car Championship, BMW Team RBM can now celebrate its first triumph in the DTM.

Despite the difficult race, Spengler (124 points) has reduced Gary Paffett’s (GB, Mercedes) lead in the drivers’ standings to just three points. The race for the drivers’ title will now be decided at the finale on 21st October. Tomczyk is seventh with 69 points. Farfus remains eighth with 54 points. Werner (19), Priaulx (18) and Hand (2) follow in 12th, 14th and 20th respectively. 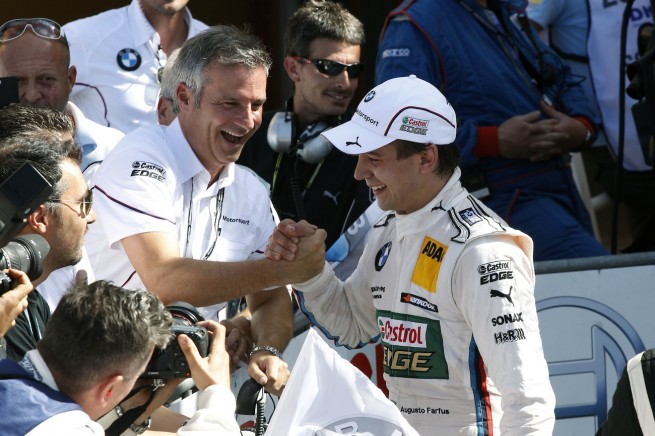 “That was an unbelievably exciting and intense race. Augusto Farfus was consistently quick all weekend and brought home his first DTM victory. He was able to dominate the race from pole position and, as a DTM rookie, fully deserved the win. Compliments to him and BMW Team RBM, as Augusto’s team-mate Andy Priaulx also produced a strong performance to finish eighth and pick up points for the third time. Unfortunately BMW Team RMG was unlucky, as both drivers were involved in accidents through no faults of their own. Conditions had changed dramatically since the first practice session on Friday. It was hotter in the race than it had been all the rest of the weekend. Despite this we still managed to land four cars in the top ten – and that in spite of having to contend with tyres that were wearing fast. Bruno Spengler set the fastest lap time and did not let the early drive-through penalty put him out of his stride. He dropped down to P15 during the race, but fought his way back to sixth, and in the process reduced the gap to the leader in the overall standings to just three points. The fans at the season finale in Hockenheim in three weeks can look forward to a really exciting weekend.” 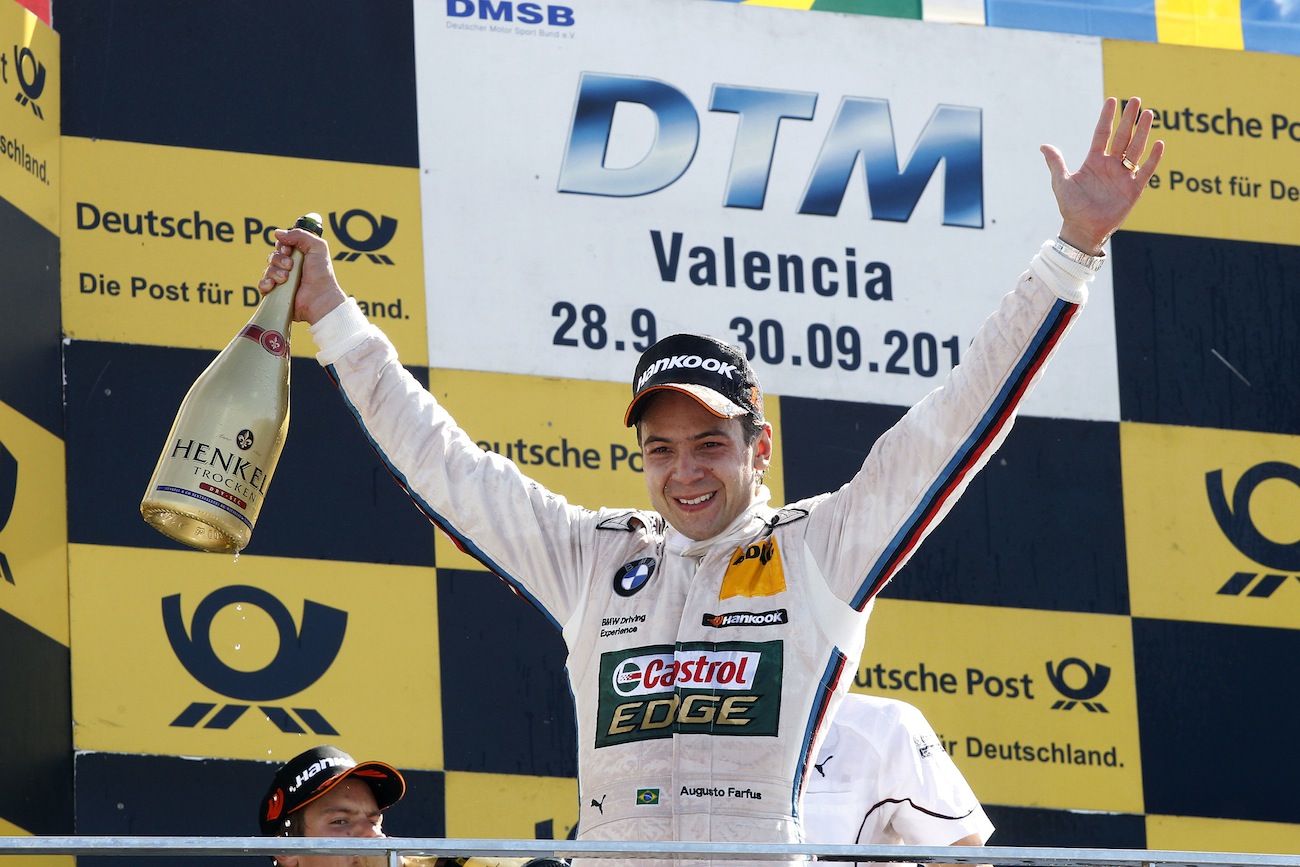 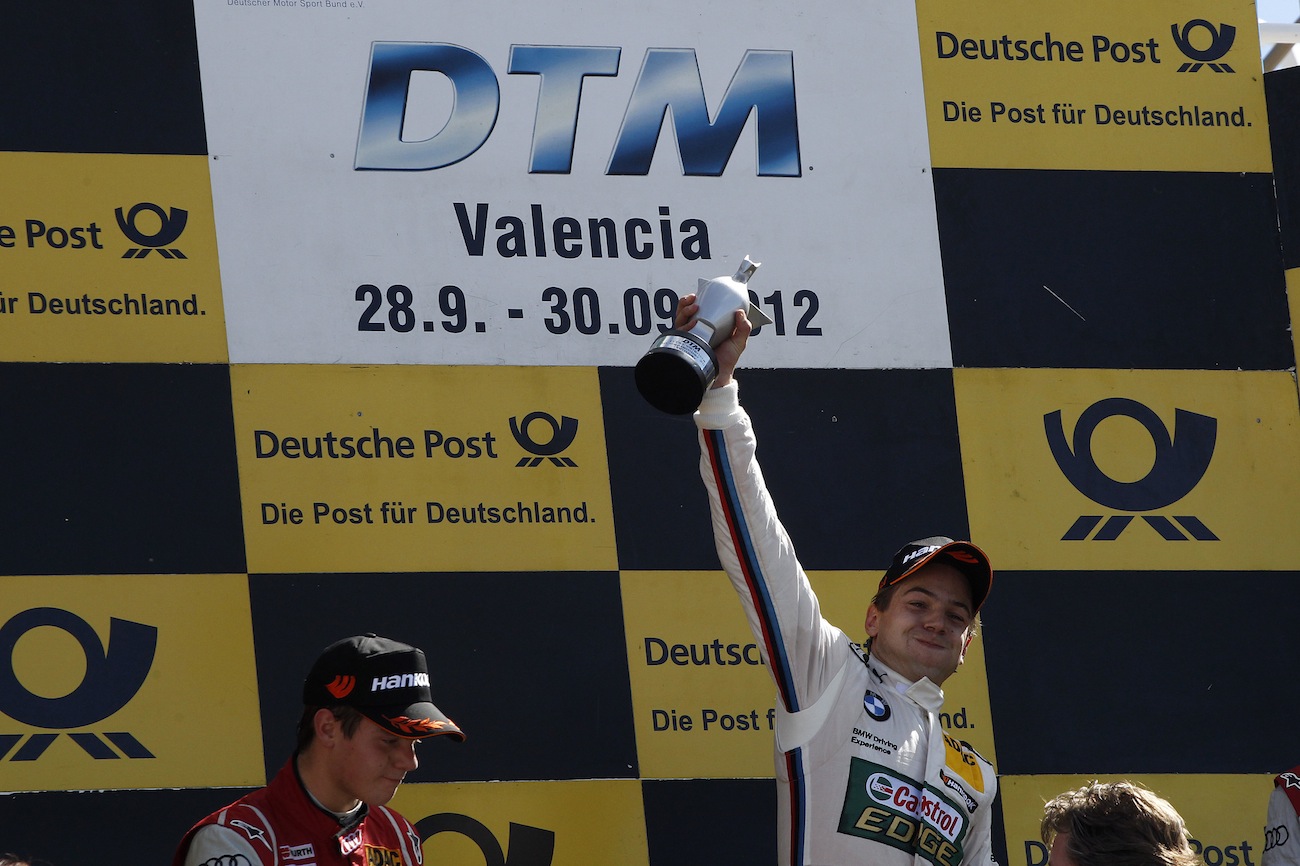 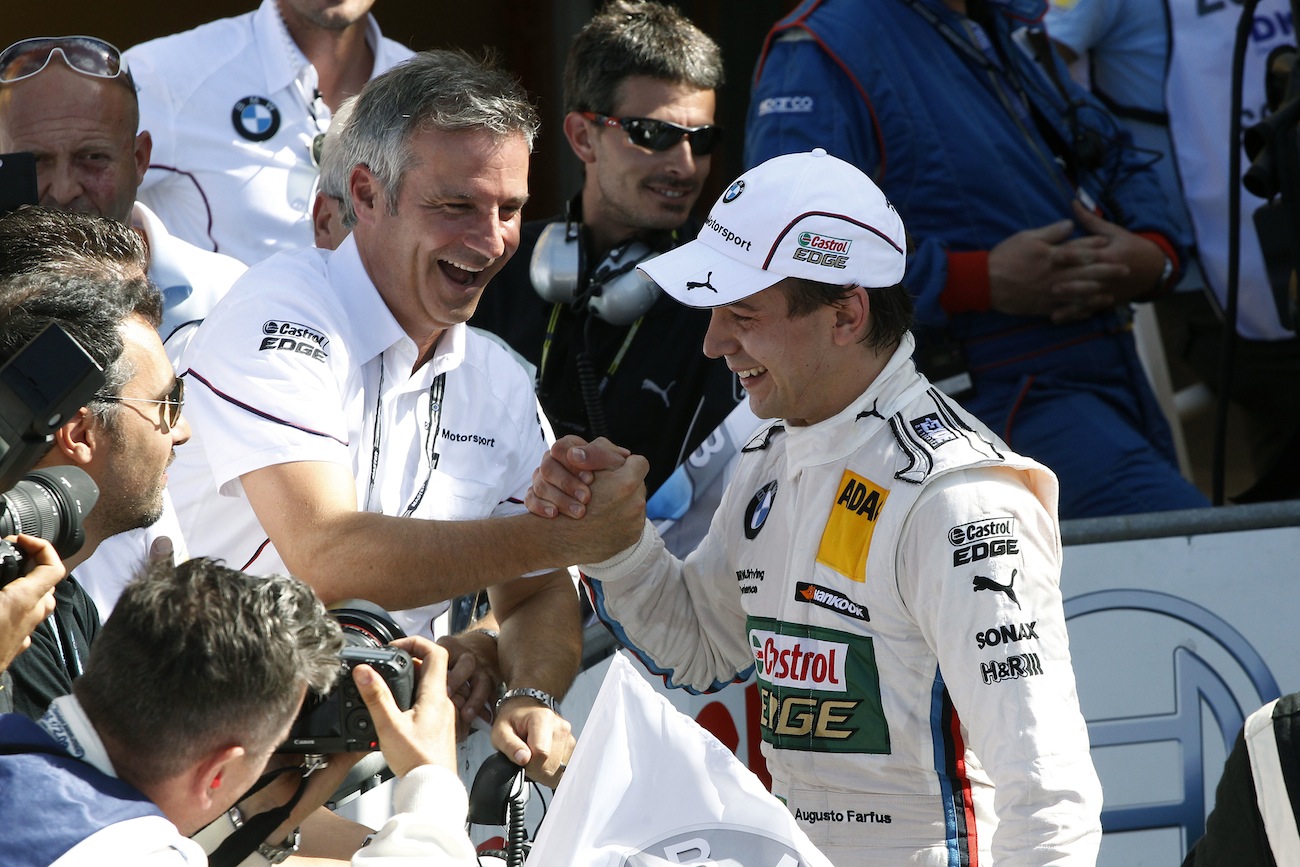 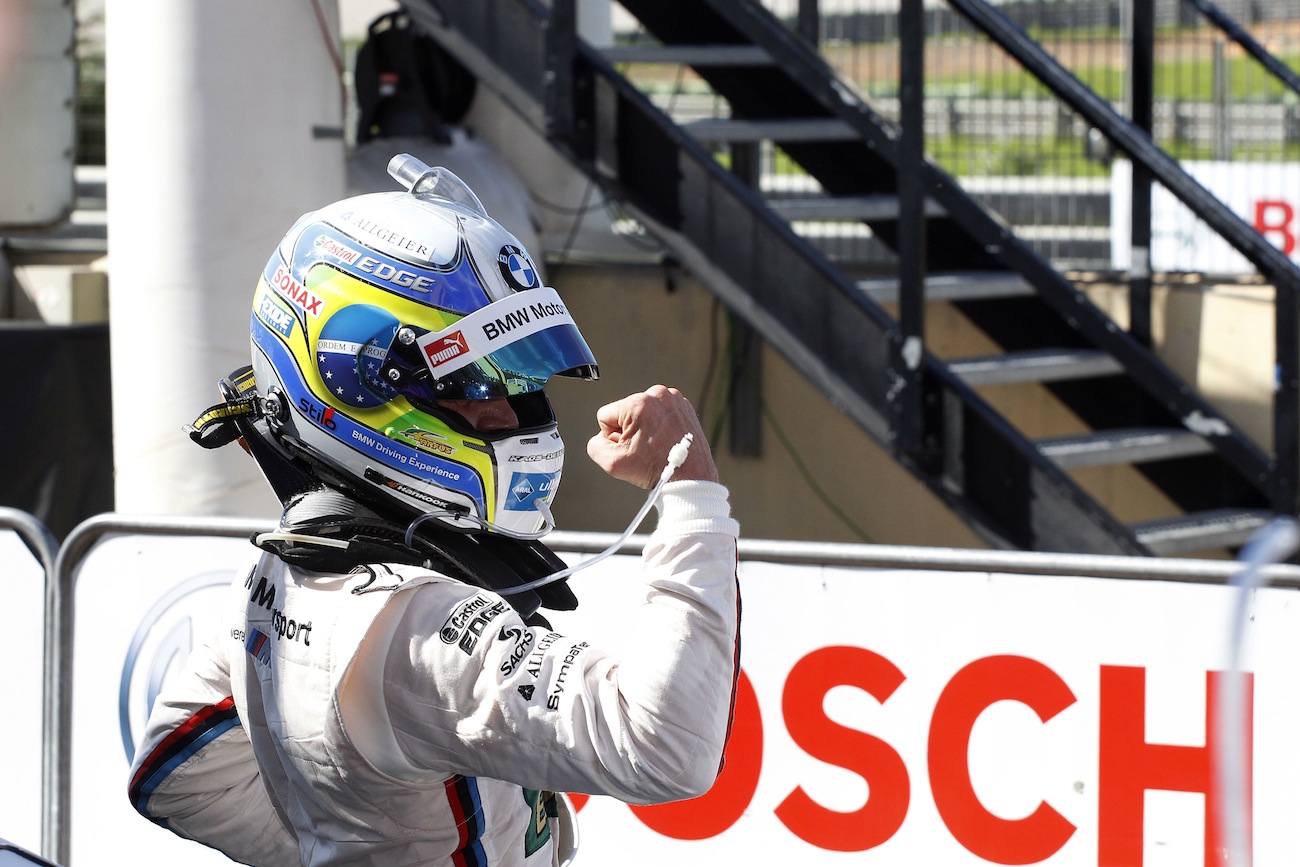 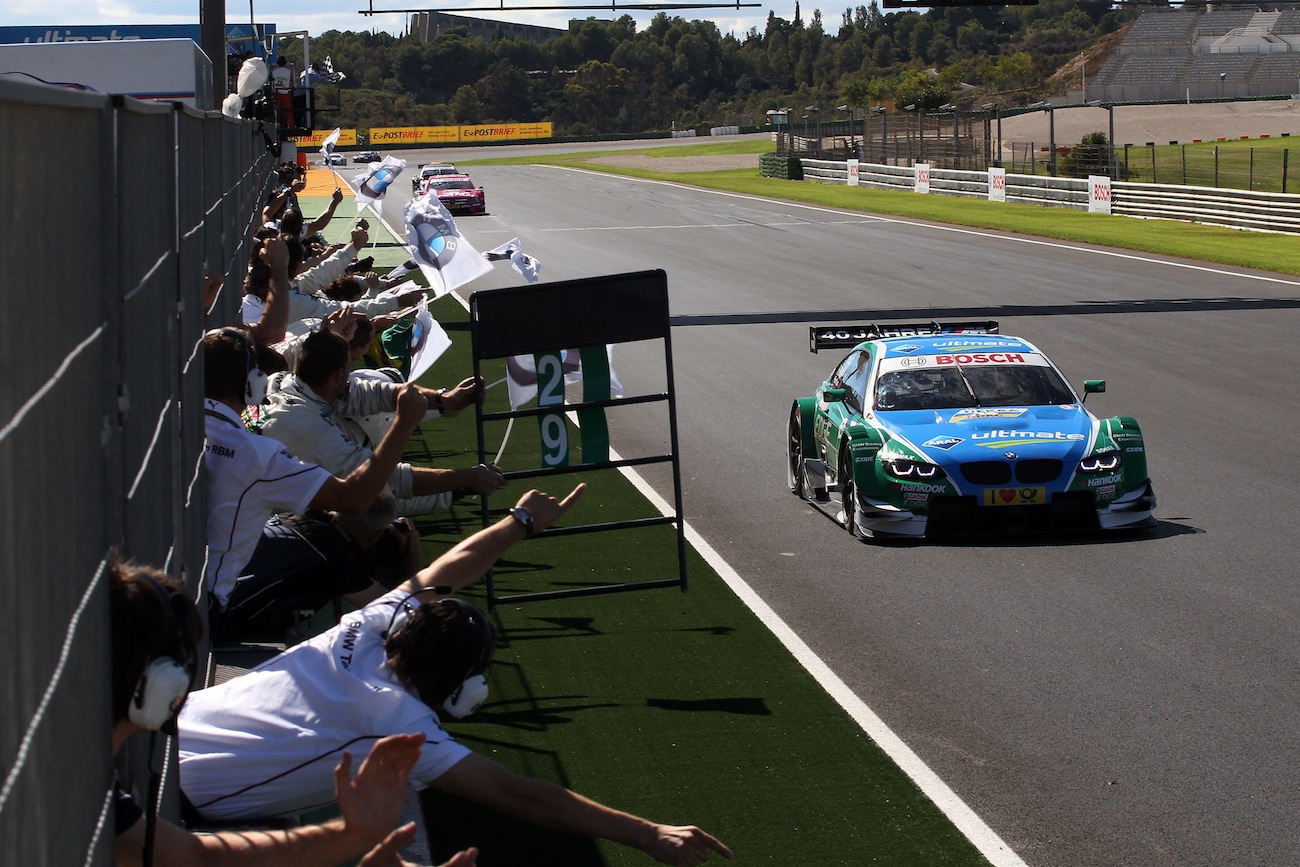 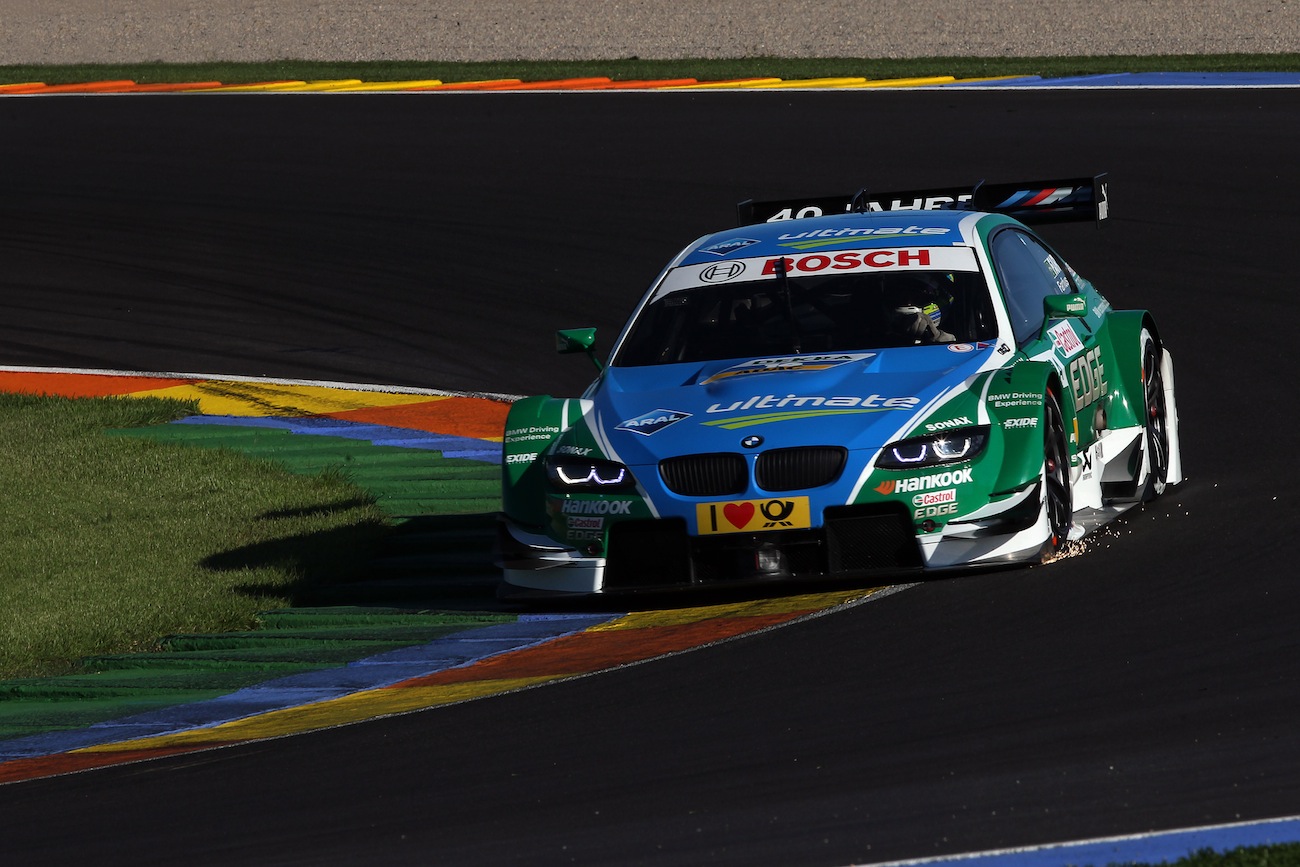