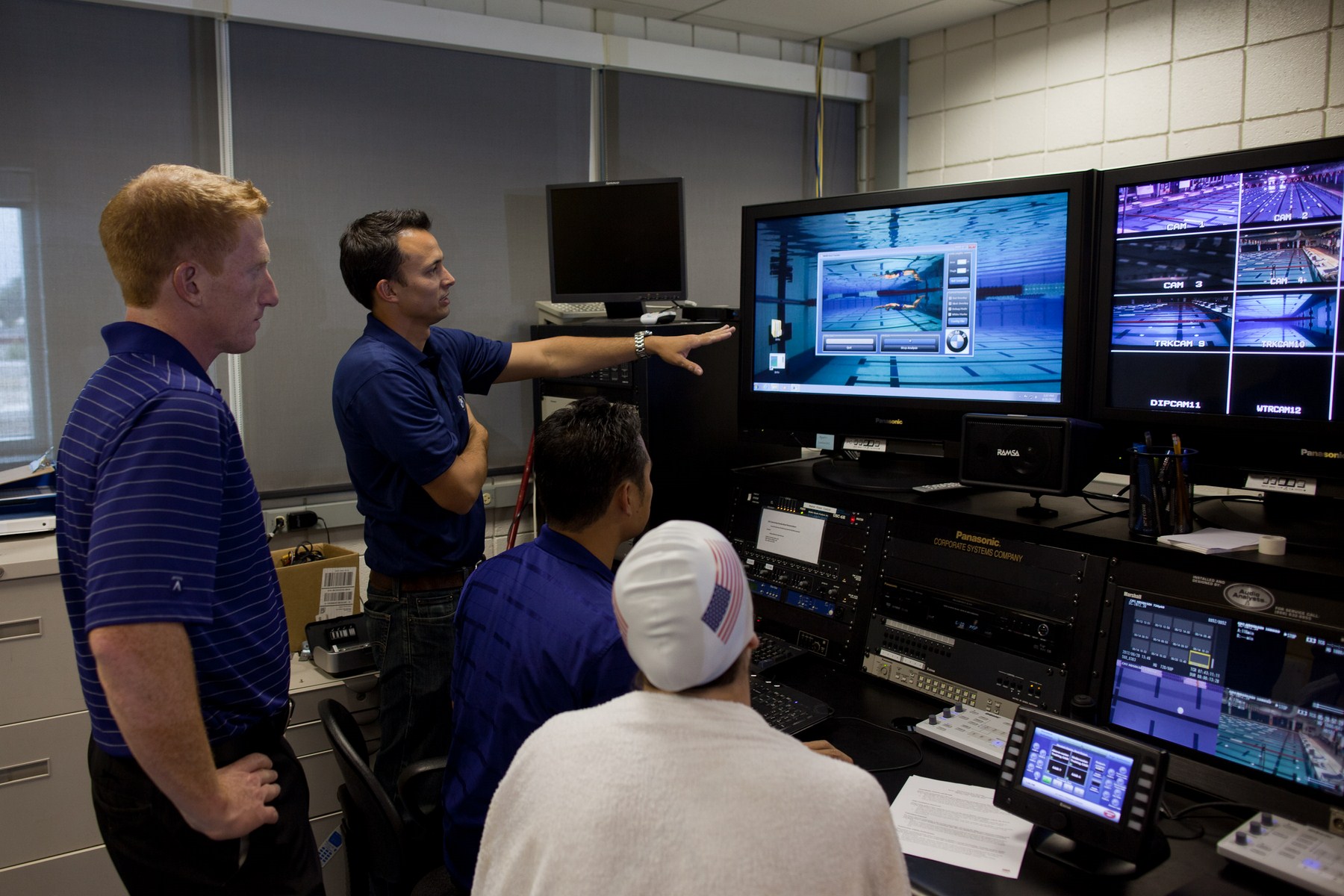 BMW, the Official Mobility Partner of the United States Olympic Committee, today announced the completion of its second vehicle-to-athlete technology transfer project, a first-of-its-kind motion tracking system that will analyze a swimmer’s form and technique. The system, provided by BMW to USA Swimming (USAS), combines underwater cameras with BMW automotive technology to give coaches data they can use to help swimmers improve starts and turns – both critically important parts of competition.

Developed at the BMW Group Technology Office in Mountain View, Calif, the technology will analyze a swimmer’s dolphin kick within the allowed 15 meters of underwater swimming and provide quantitative performance data to coaches. The software tracks six points on the swimmer’s body – wrists, shoulders, hips, knees, ankles and toes – allowing coaches to pinpoint the performance attributes of specific parts of the body, as well as see how well all parts are working together to increase speed and efficiency. 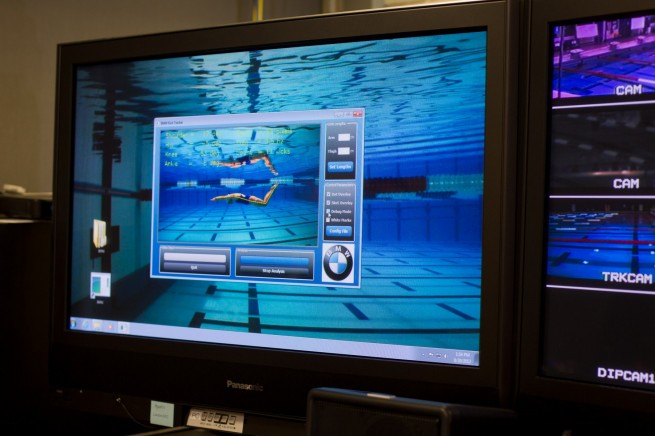 The technology will provide coaches with information that is a significant improvement over the current approach of manually counting strokes and kicks from the deck or making assumptions from underwater video footage. By comparing measurements to performance over time, coaches will be able to use BMW’s motion tracking tool to hone in on technique adjustments that work best for each individual swimmer’s body characteristics.

Such improvements can pay off, because in elite swimming, a .01 second advantage can mean the difference between winning gold and going home empty handed. Technology such as this tool has the potential to significantly help a swimmer’s training focus and improve their race times.

“Watching our best swimmers, it’s clear that the dolphin kick is a very powerful stroke that is critical to overall performance in a race,” said Russell Mark, National Team High Performance Consultant to USA Swimming. “However, one challenge our coaches face is the lack of a clear understanding as to which movements and technique promote the strongest dolphin kicks. This tool will help us identify and teach those ingredients.”

Following the London 2012 Olympic Games, USAS will work on building its library of dolphin kicks by capturing the training sessions of strong dolphin kickers who come through the U.S. Olympic Training Center in Colorado Springs, Colo. With the development and subsequent analysis of this library of data will come an emergence of gold standard criteria, which will then help coaches identify what changes their swimmers might need to make to achieve those criteria.

The BMW software used to analyze the athlete’s movement in both training tools is similar to technology being explored for driver assistance systems in future generations of BMW vehicles.
This technology initiative is central to BMW’s comprehensive U.S. Olympic program which endeavors to advance the performance goals of Team USA while bringing communities across the country closer to the excitement of the Olympic Games.

“We’re quite pleased to have been able to develop two new training tools for the athletes of Team USA this year,” said Dirk Rossberg, Head of the BMW Group Technology Office USA. “What’s also interesting is that, in working so closely with USA Swimming and USA Track & Field, we’ve been able to bring key pieces of information back to our research and development of vision systems. It’s a partnership in the truest sense of the word.” 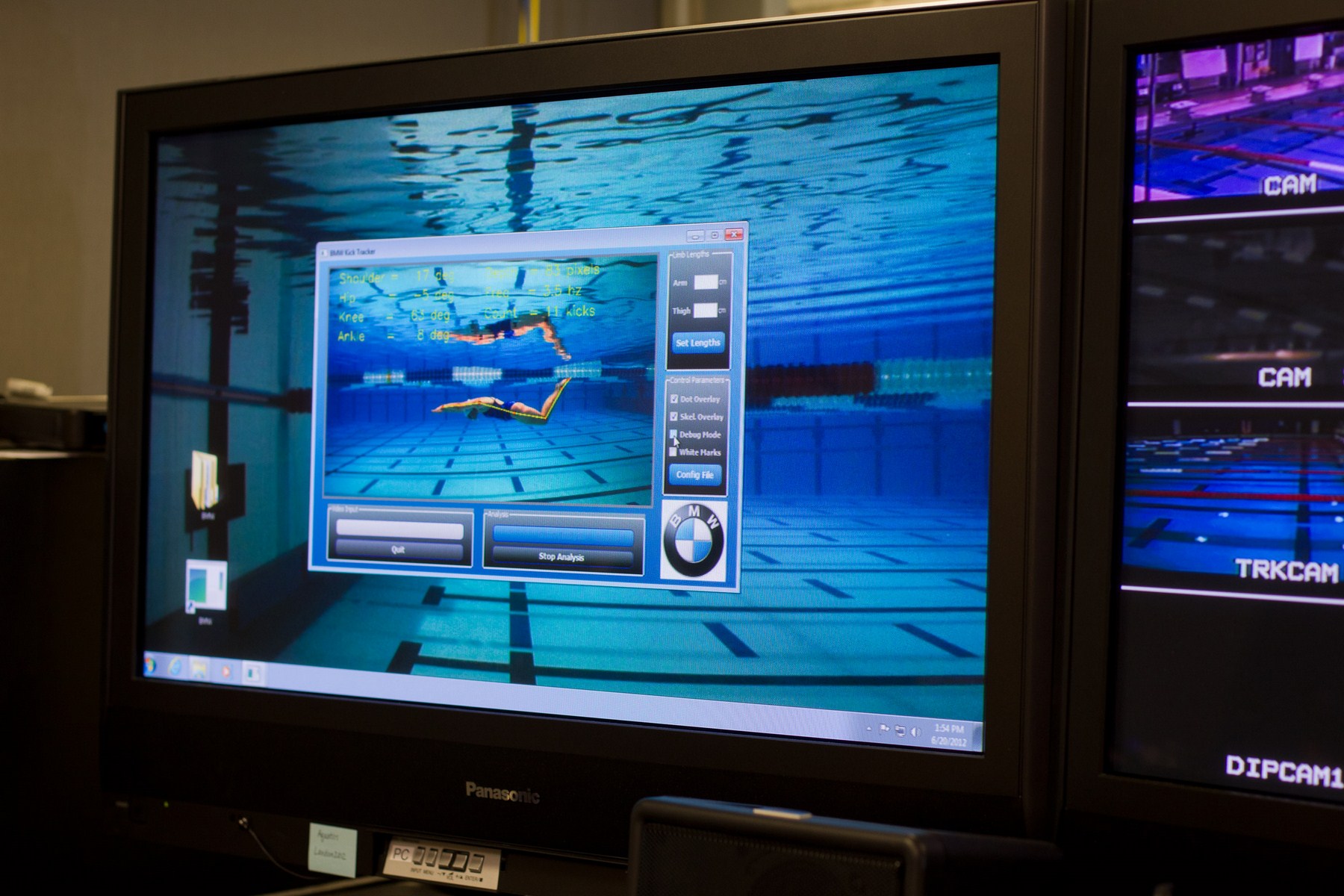 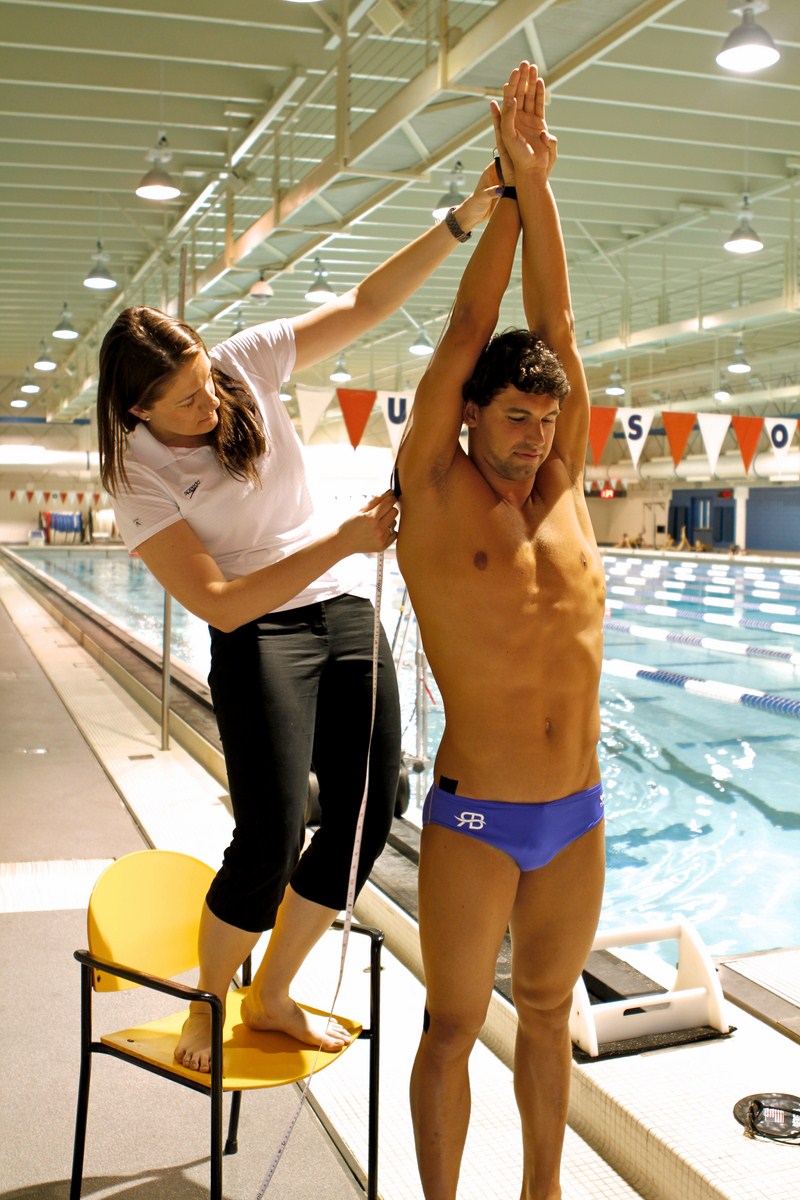 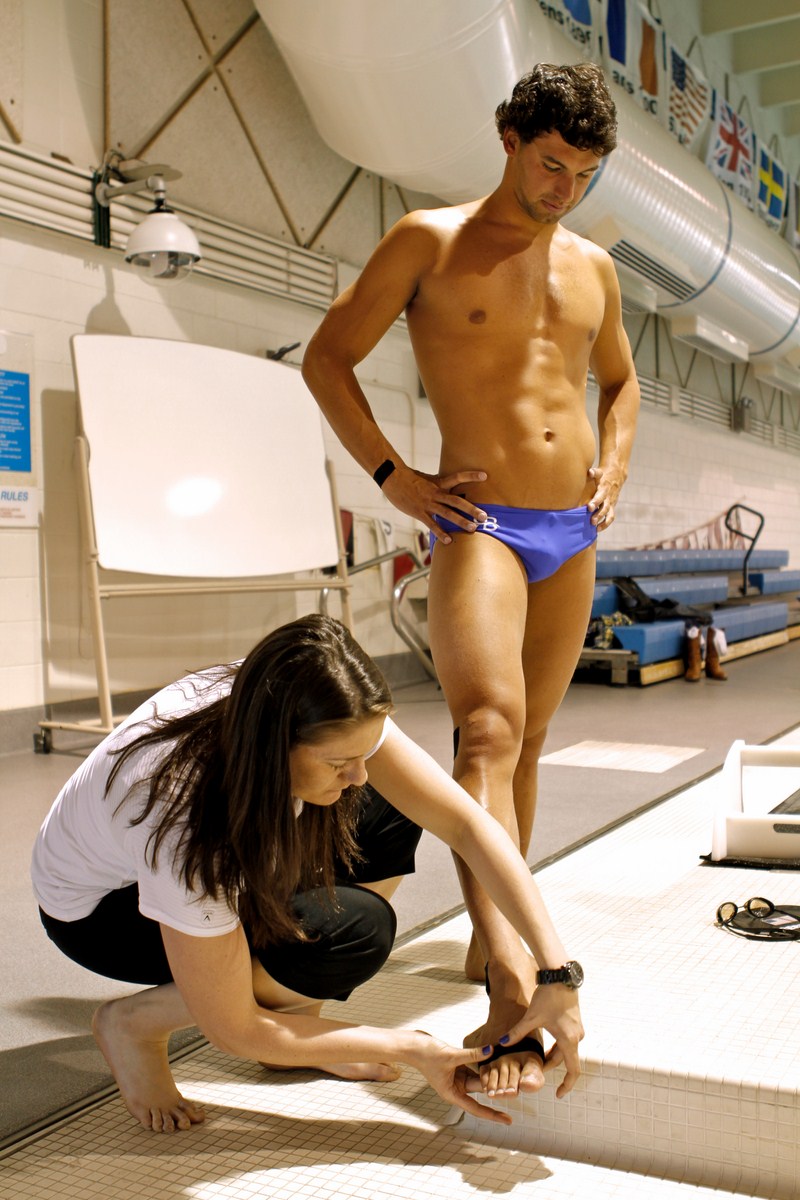 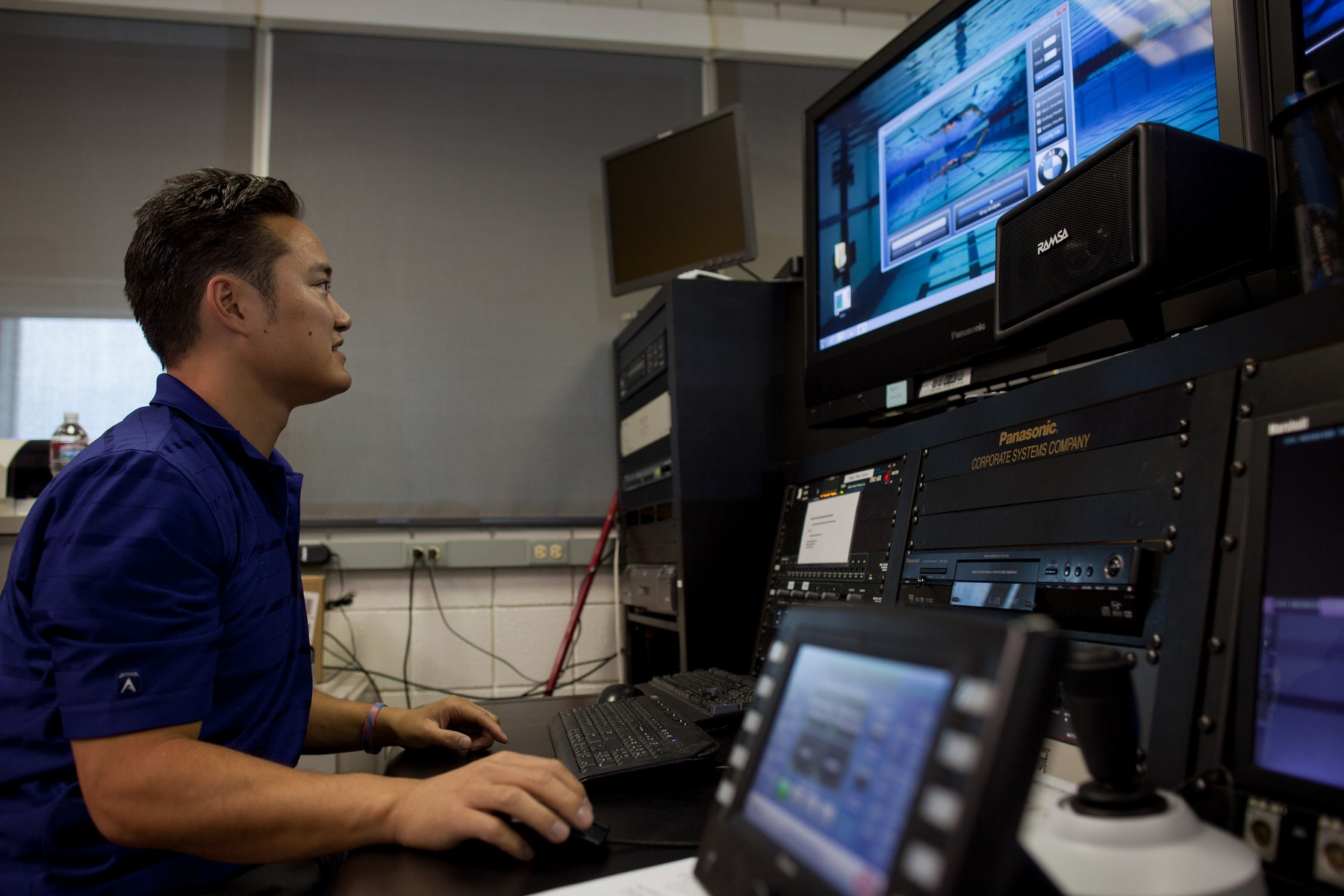