BMW Team RLL persevered through today’s 2.45-hour American Le Mans Series Grand Prix of Mosport to finish fourth and eighth in the GT class. Limited by technical regulations that have reduced the M3 GT’s top speed, the fans that lined Mosport’s 2.459 miles were unable to watch the 2010 and 2011 GT class champions in their familiar positions at the front of the field.

Joey Hand and Dirk Müller were fourth at the checkered flag in the No. 56 M3 GT to stay third in the GT driver standings. Müller started the car from the sixth position and ran as high as third before pitting on lap 30 for fuel and tires. On lap 62 he pitted to turn the car over to Joey Hand. Hand pitted once more for tires and fuel in the final 49 laps of the race, but was unable to move up to a podium finishing position for the third consecutive race.

Bill Auberlen and Jörg Müller finished eighth in the No. 55 M3 GT. Auberlen started the car from the third spot and took advantage of the race’s first caution period to pit for fuel and tires on lap 14. Running as high as second he was only seven seconds behind the class leader at the one hour mark. Forced to the pits under green on lap 51 for new tires he handed off to Jörg Müller who returned to the race in the ninth spot one lap down to the leaders. Müller moved up to sixth before needing new tires just before the two-hour mark. He rejoined the race in the eight spot, holding that position to the checkered flag. Auberlen and Müller remain sixth in GT driver points.

“Overall a tough day for BMW Team RLL,” said Jay O’Connell, Rahal Letterman Lanigan VP Technology. “We took some risk in qualifying with the No. 55 M3 GT. We were executing the strategy, but unfortunately we had to pit and get some more tires on the car. All four drivers did a good job today and did their best to make up for the pace. We are down by 4 to 6 kph on the straights due to regulations. The guys are just driving really hard on the corners to try and make up the pace, but it’s definitely pushing the tires hard.”

Joey Hand, driver No. 56 M3 GT – “It was obvious that we didn’t have the pace today. We did what we had to do to get as many points as possible, and on that front we executed really well. We are really, really not competitive on the straights. Everyone can pass us wherever they choose. We have to work so hard everywhere else and it’s too hard on the car. It will be tougher at the next tracks, but this team is, for sure, not giving up. We just need to continue to focus forward as Bobby would say and work on the next races.”

Dirk Müller, driver No. 56 M3 GT – “I think everyone has seen that we’ve had a tough weekend, but we never gave up. P4 was the maximum we could have achieved. It was a tough race. We played it lap by lap and in the end we were able to gain on second place in the championship because of tough luck for one of our competitors. Quite a few times today I was quicker than a car in the corners but on the straights, once I’m behind I get dirty air and can’t drive behind them. If they are behind they can slipstream on the straights and get by.”

Bill Auberlen, driver No. 55 M3 GT – “We put our car up on the ragged edge to try and get the lap time back. These guys are so good at making the time, but you can’t make everything live like that. Tire wise, brake wise, you name it, we got it on the ragged edge, and you can’t make it to the end of races like that in one piece. They have to balance this thing up, from the series point of view, that would make life a little more even, and that’s the way it should be.”

Jörg Müller, driver No. 55 M3 GT – “We had a very good qualifying and that was promising, but during the race we started to get into trouble. We tried to pit early to get out of the rhythm of the others. We got stuck coming out of the pits behind slower cars. I was stuck behind one car for 15 laps. Mosport is a narrow circuit so it is tough. You always lose your down force following someone into these fast corners so you can never really close in. It’s nearly impossible to overtake and you can lose 20 to 30 seconds. The race was over for us at that point.

Round six of the 2012 American Le Mans Series will be held Saturday, August 4th at the Mid-Ohio Sports Car Course, in Lexington, OH. 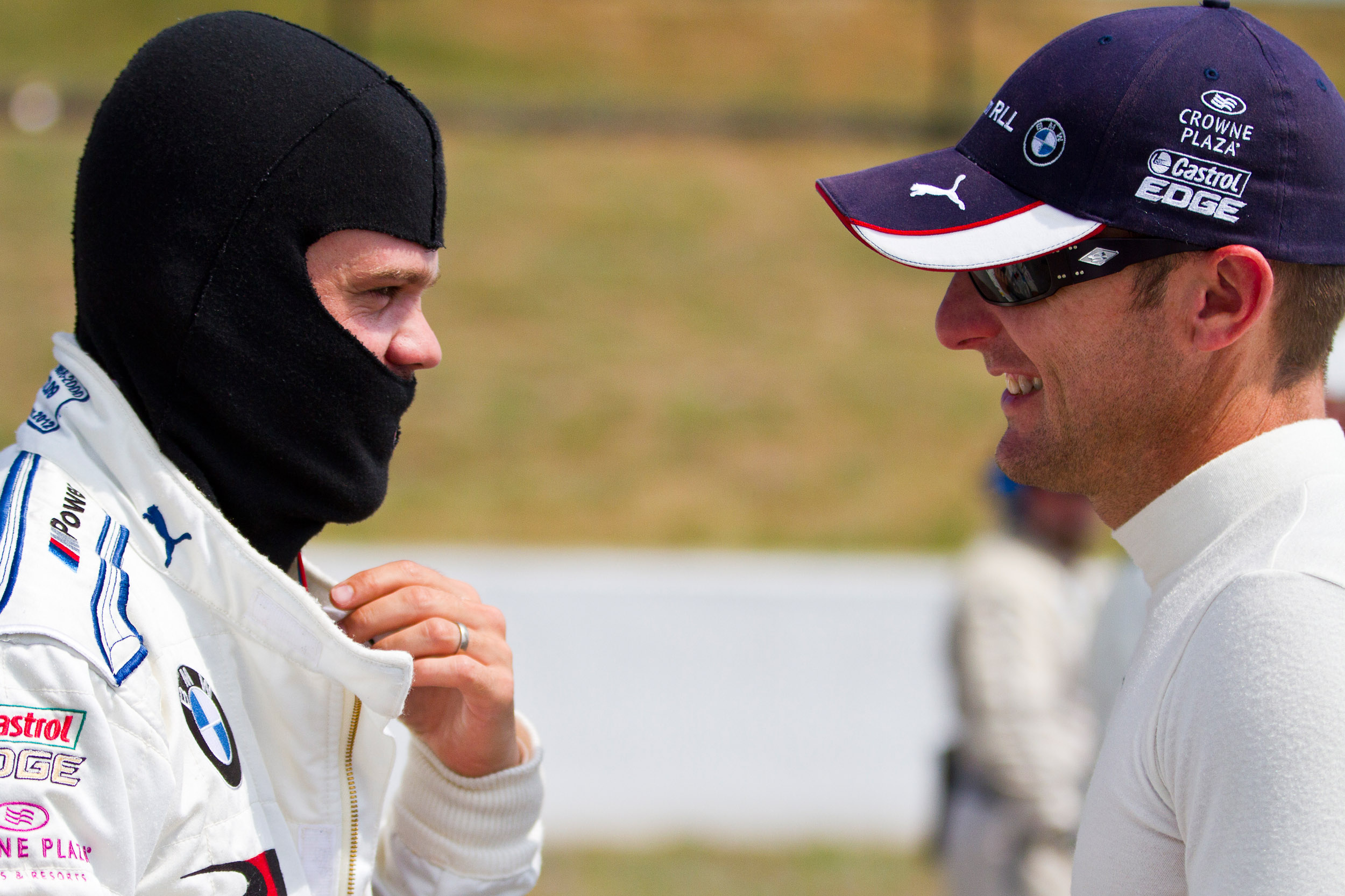