BMW to use Nuance for in-car speech recognition

Home » BMW to use Nuance for in-car speech recognition This week, BMW will announce an update to its in-car speech recognition software. According to popular tech blog GigaOM, BMW will be the first automaker to incorporate Nuance’s new voice command and control platform.

The new technology will be available for the facelifted 7 Series, as well as the upcoming 3 Series Touring and ActiveHybrid 3.

Nuance’s Dragon Drive system is an evolution of current speech recognition software by tapping into the cloud where it makes use of natural language servers that can interpret words and phrases beside their vocabulary meaning. The platform will connect to the cloud via the onboard internet connection or the driver’s phone connection. Currently BMW uses EDGE chips for its data connections, but the company has recently joined Verizon’s 4G Venture Forum for Connected Cars, so faster chips integrated in BMWs are expected in the near future, think along the line of 4G and LTE connections. 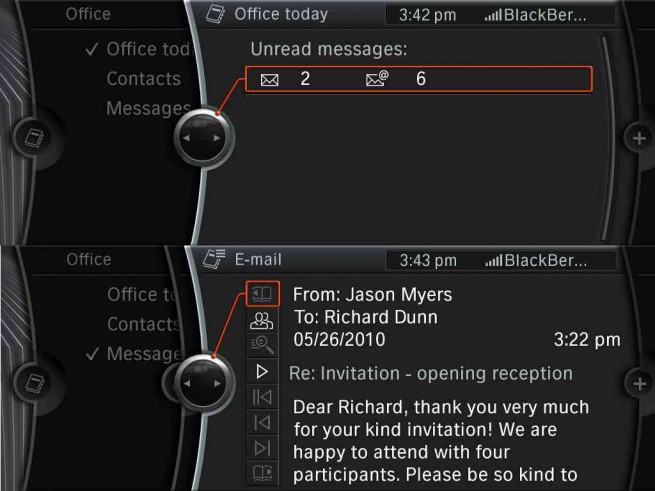 BMW will implement Messaging, Dragon Drive’s initial service, which allows drivers to use the speech-to-text capability to dictate and format emails and text messages.

Nuance plans to expand their platform beyond messaging into a virtual assistant similar to Apple’s SIRI platform. In a recent announcement, Apple showcased a new update of SIRI that will be integrated into vehicles, including BMWs. Apple licenses natural language understanding technology from Nuance.

Stay tuned this week for an exclusive announcement on BMW ConnectedDrive technologies.

Read: Voice Recognition and The Application of Automotive IP