When it goes on sale in 2014, the BMW i8 is said to have a base price above 100,000 Euros. The report comes from Bloomberg but it fails to directly attribute the statement to a BMW official. In the article, the U.S. publication quotes Ian Robertson, BMW’s global sales chief, on other BMW i related news.

BMW is spending 530 million euros developing the i brand and the i8 will compete with similar offerings, like the Fisker’s $103,000 Karma hybrid sedan. A range-extending small gasoline engine for the i8 hybrid model will be built at the carmaker’s Hams Hall engine plant in the British Midlands. 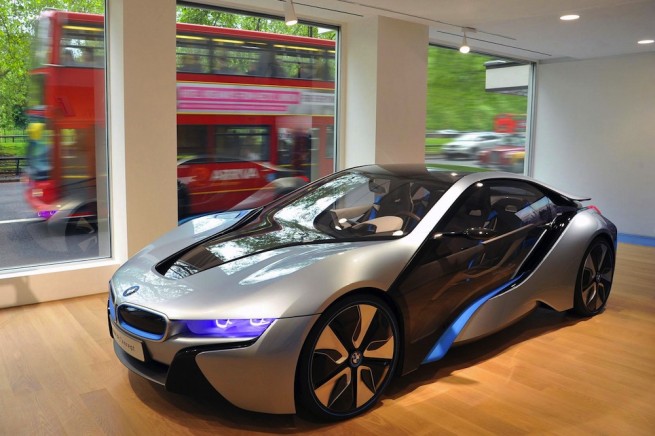 The i3 entry-level electric car goes on sale at the end of 2013 and will be priced “very competitively for the substance you get” from new powering technology, said Robertson at the unveiling of the sub-brand’s first sales store worldwide on London’s Park Lane. Benoit Jacob, chief designer for i, said that the i3 production model is based 85 percent to 90 percent on the car’s concept version. The product range for i3 and i8 is likely to expand, but no final sign off on the roadmap.

The i3 will compete against future offerings from Mercedes and Audi, but also against the Saab 9-3 future electric car.

The i models will be sold through dealerships and mobile sales force and over the internet. BMW has used mobile teams to offer test drives at holiday resorts, said Linda Croissant, a BMW spokeswoman. In Germany, 45 out of the 200 dealerships will include i models in their showrooms.