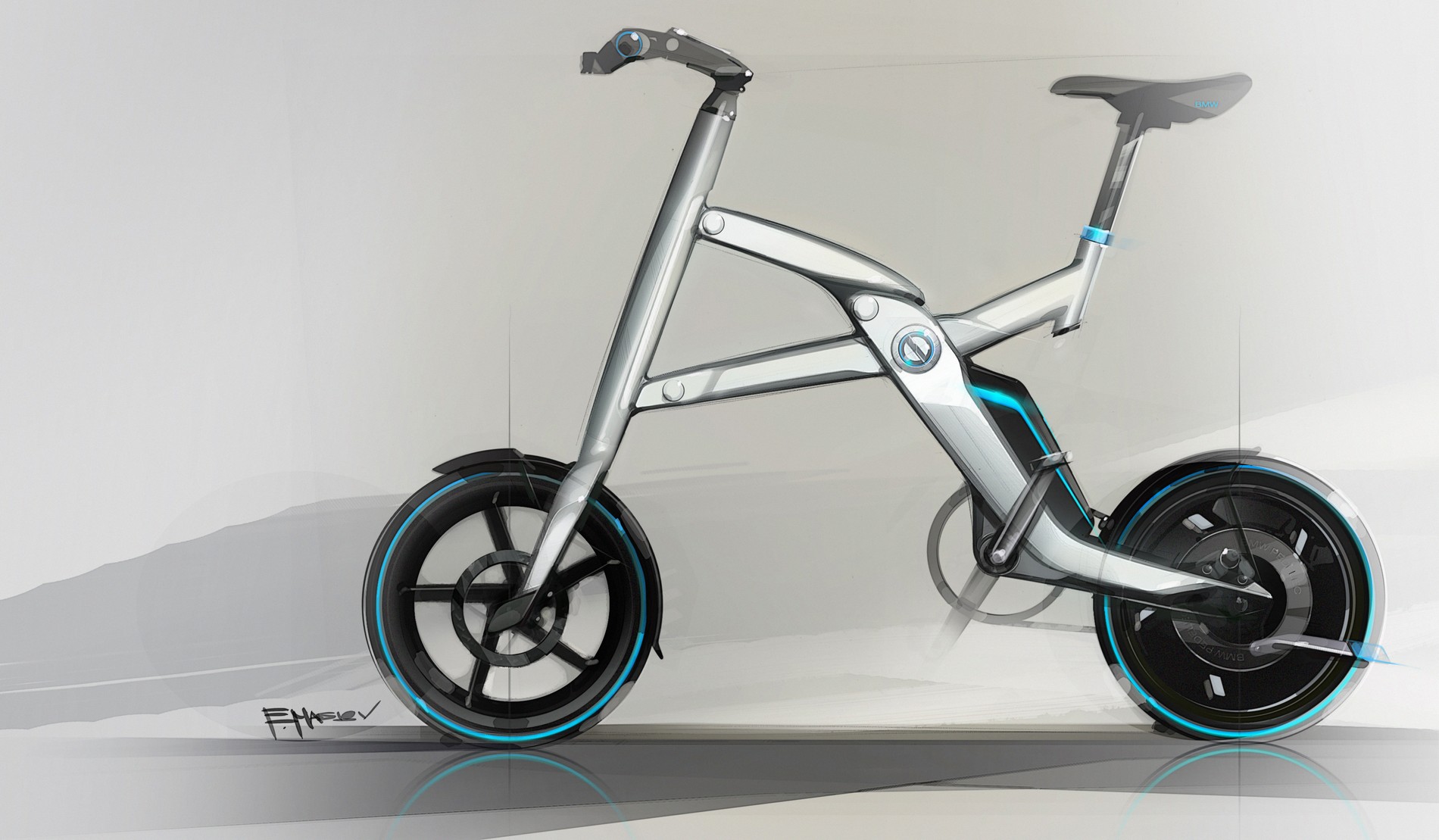 BMW i has come up with an innovative two-wheeler, which acts as the perfect complement to the BMW i3 Concept and adds a new and convenient layer to personal mobility, particularly in urban areas. The new BMW i Pedelec (Pedal Electric Cycle) Concept is a compact bicycle fitted with an electric motor that tops up the rider’s muscle power with an extra dose of torque.

And that means the rider can get to other parts of town even more quickly and effortlessly – and without breaking into a sweat. The BMW i Pedelec Concept can be folded up almost in the blink of an eye and, handily, there is room for two of them in the boot of the BMW i3 Concept. Plus, their batteries can be recharged while they’re in there. 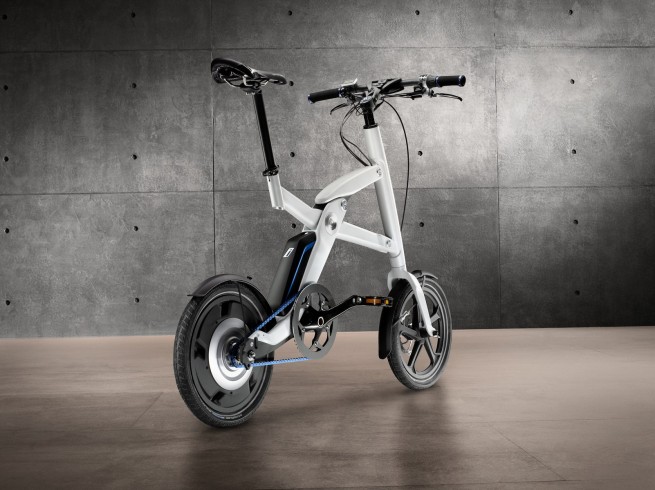 Like the BMW i3, the BMW i Pedelec Concept is a thoroughly high-tech form of personal transport. Advanced componentry – such as disc brakes at the front and rear, a three-speed gear hub integrated into the motor, a lightweight frame made (like the BMW i3 Concept) from aluminium and carbon fibre, a torquey electric motor complete with electronic management system and high-performance battery, and a clever folding mechanism – make this motor-assisted bicycle an extremely practical transportation solution. As well as its impressive riding and packing characteristics, the BMW i Pedelec Concept can also be converted in a matter of seconds to offer a handy pushing mode, which allows it to be rolled and steered and therefore taken on public transport at no extra cost, saving the rider the effort of having to carry it around.

Because the electric hub motor only assists the rider’s pedalling up to 25 km/h (16 mph), the BMW i Pedelec Concept does not need to be insured or registered, no licence is required to use it, and the rider does not have to wear a helmet. Depending on the nature of the route, rider’s weight and degree of motor assistance utilised, a full battery charge will give a range of 25 – 40 kilometres (16 – 25 miles). Under braking and when riding downhill, the hub motor acts as a generator and supplies the battery with energy. It takes just four hours – or 1.5 hours on a quick charge – for the empty battery to be fully recharged, either from a domestic plug socket or inside the boot of the BMW i3 Concept. 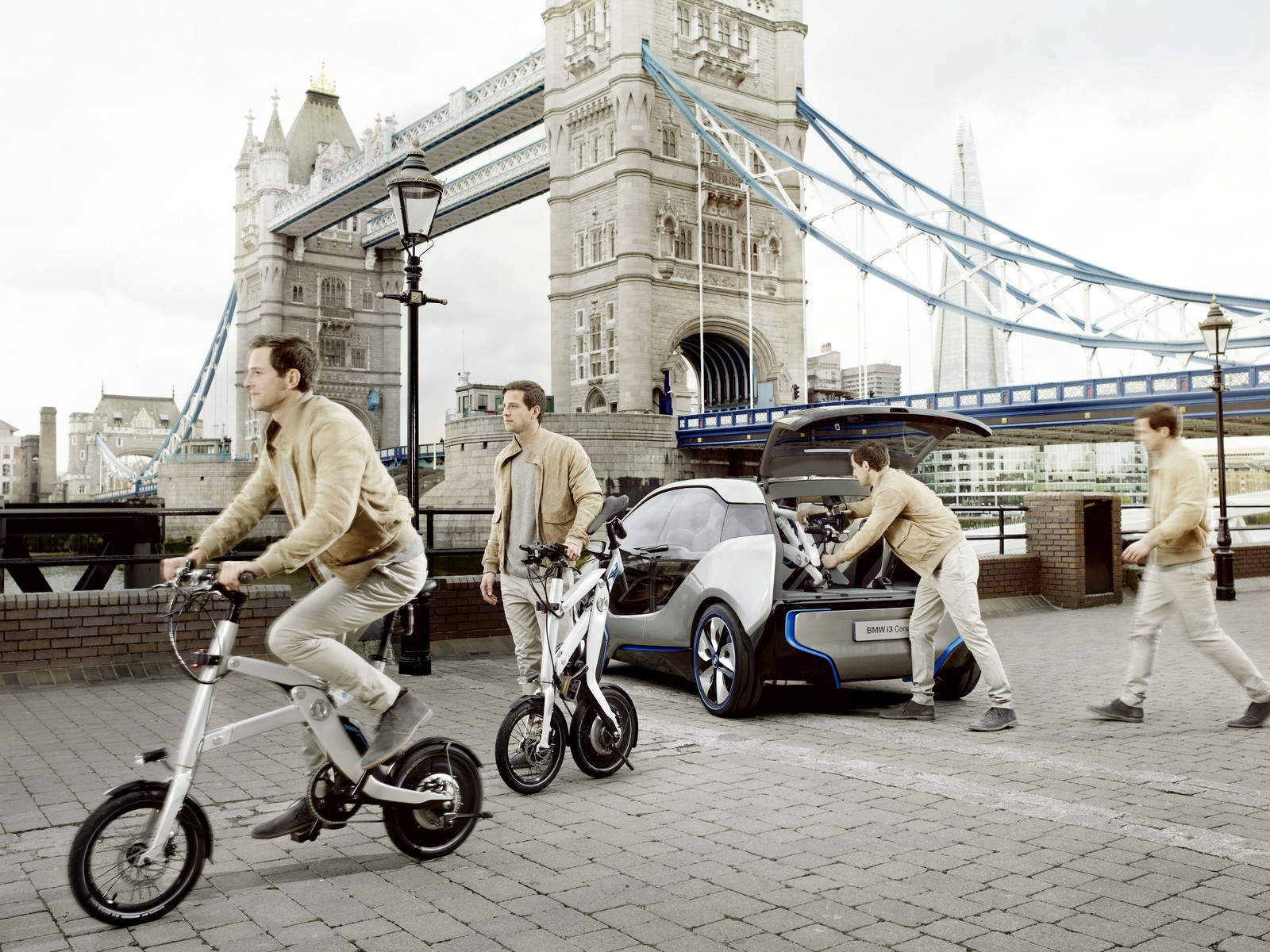 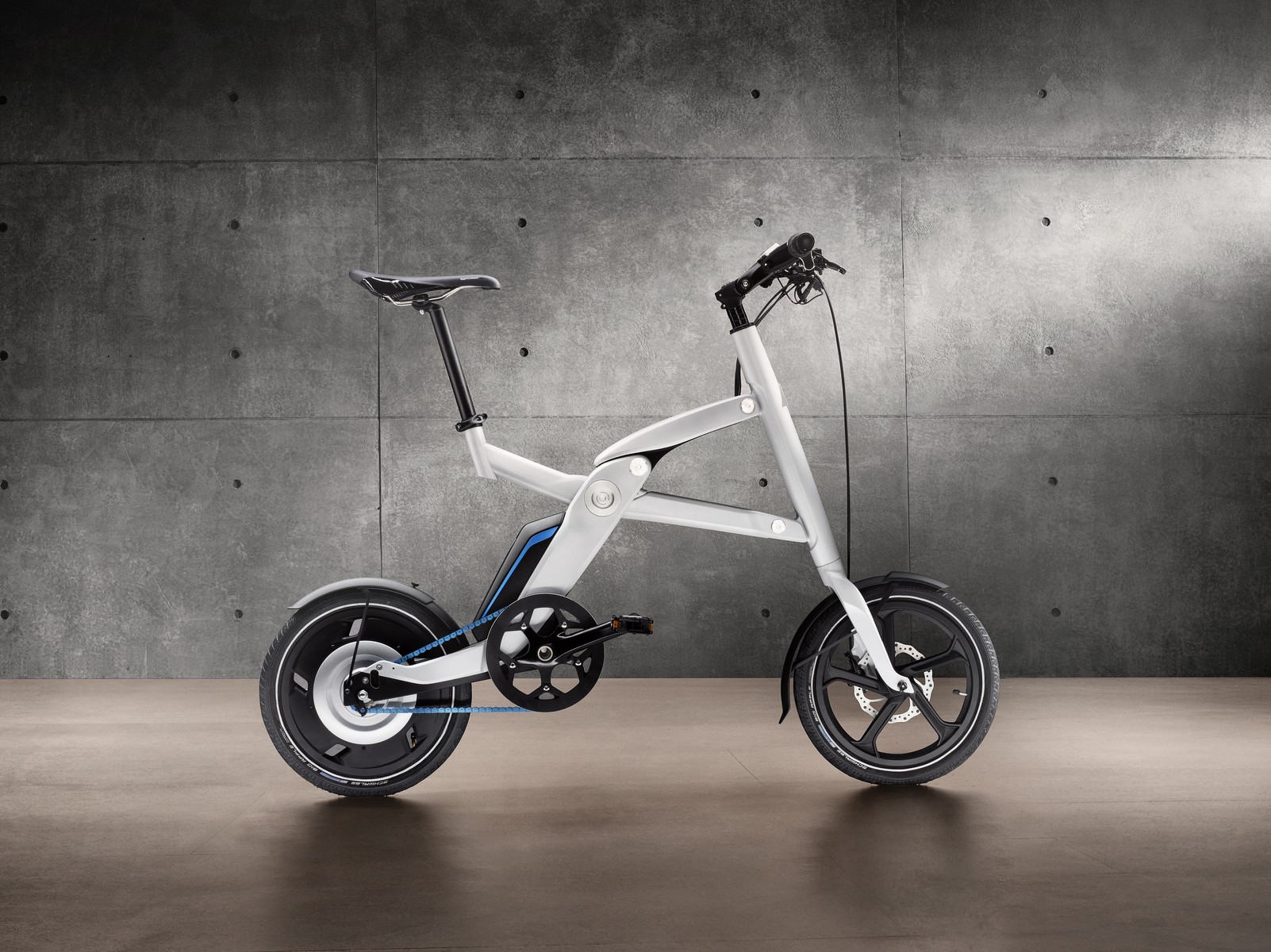 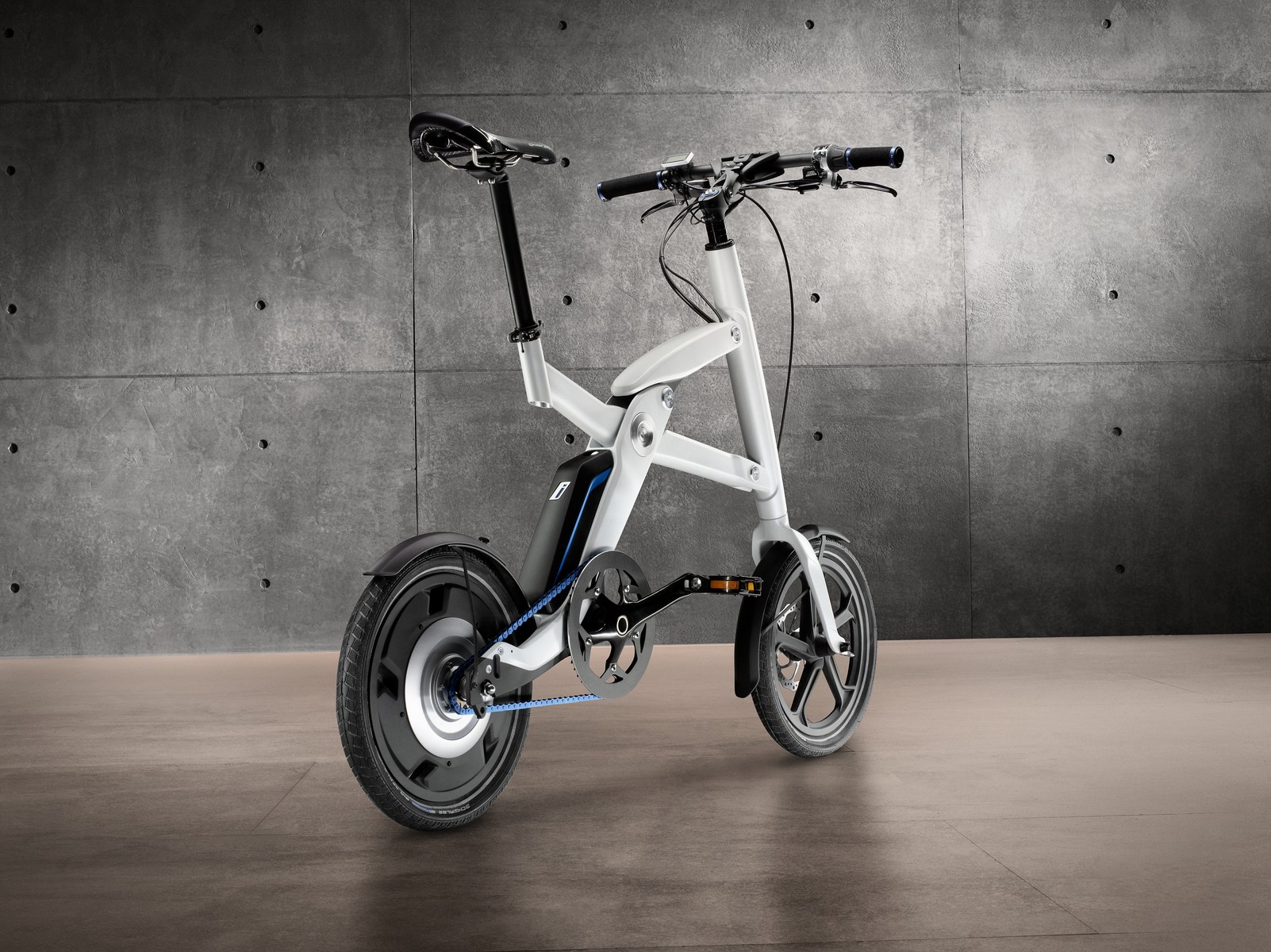