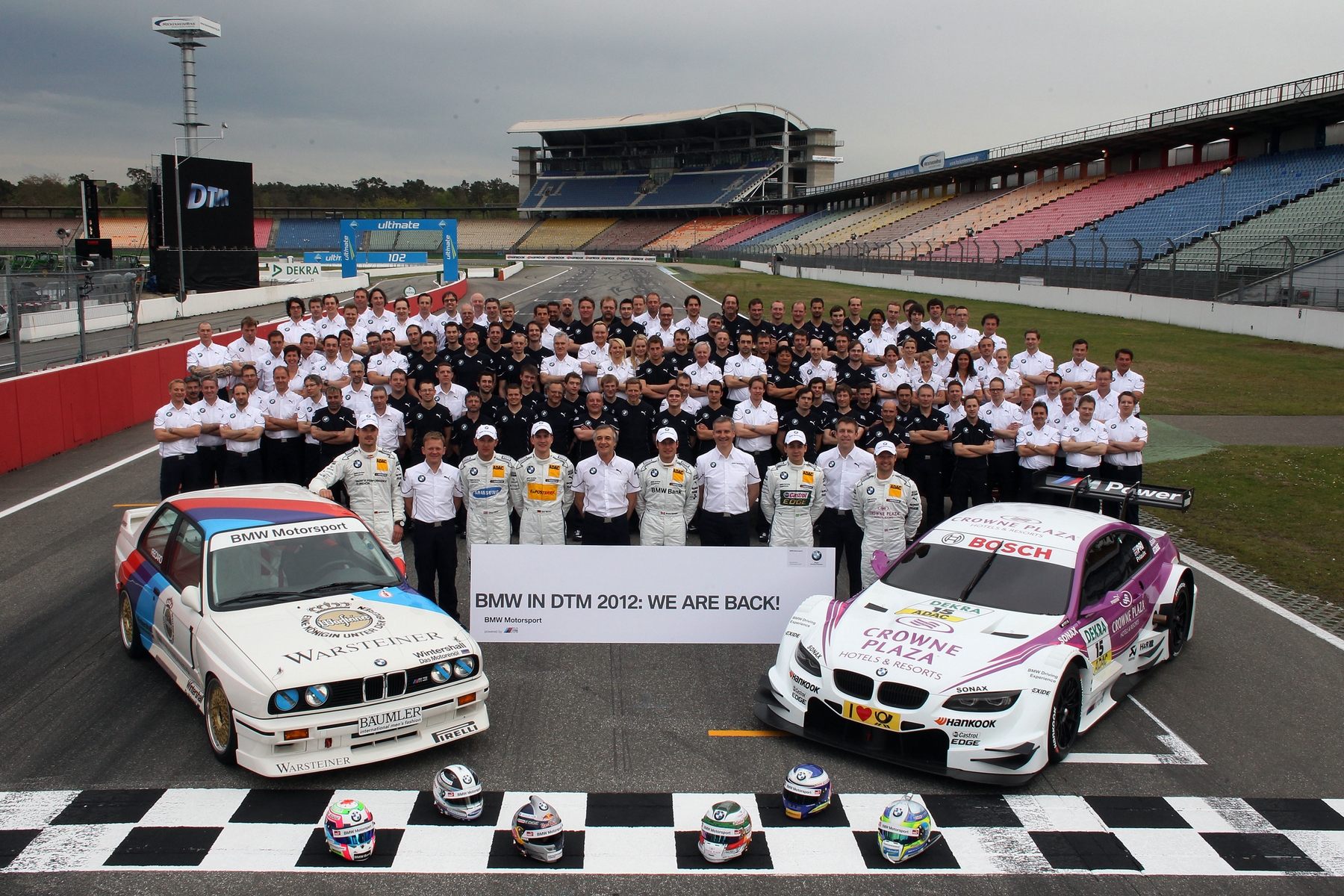 BMW is back in the DTM – and was immediately in the thick of things in a turbulent opening race of the 2012 season at the Hockenheimring (DE). Andy Priaulx (GB) of BMW Team RBM was the only one of the six BMW drivers to complete the 40 laps without any notable incidents.

Under the watchful eyes of Members of the Board of Management of BMW AG, Dr.-Ing. Herbert Diess (Development), Dr.-Ing. Klaus Draeger (Purchasing and Supplier Network) and Ian Robertson (Sales and Marketing and Future Retail), Priaulx crossed the line in sixth place in his Crowne Plaza Hotels BMW M3 DTM to score eight points. The three-time World Touring Car Champion finished 28.4 seconds behind Gary Paffett (GB), who won the race for Mercedes.

Starting the race from third place on the grid, Dirk Werner (DE, E-POSTBRIEF BMW M3 DTM) was hit by Mercedes driver Ralf Schumacher (DE) very early in the race, and dropped to the back of the field. Bruno Spengler (CA, BMW Bank M3 DTM), who was directly behind Schumacher at the time, could do nothing to avoid colliding with the former Formula One driver, and subsequently had to retire from the race. 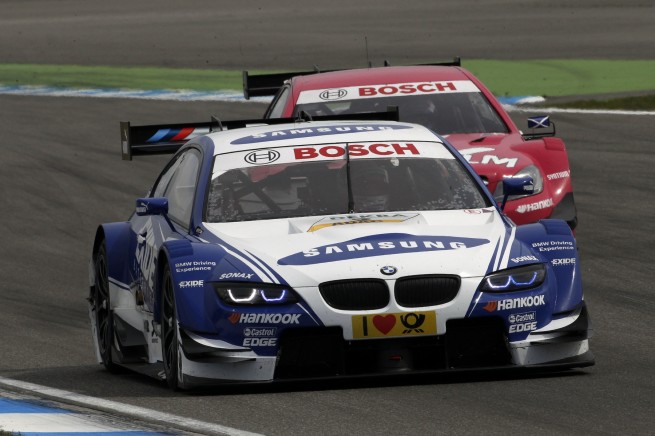 In all the turmoil, reigning DTM champion Martin Tomczyk (DE) was forced off the track and suffered damage to his BMW M Performance Parts M3 DTM. As a result, Tomczyk’s first race of the new DTM era also came to a premature end just a few laps into the action. Joey Hand (US, SAMSUNG BMW M3 DTM) was hit by another competitor and spun in the hairpin, losing time and dropping positions. He eventually crossed the line in 13th. Augusto Farfus (BR, Castrol EDGE BMW M3 DTM) finished 15th, while Werner brought his car home in 17th.

Former BMW DTM drivers Roberto Ravaglia (IT), Eric van de Poele (BE), Harald Grohs (DE) and Steve Soper (GB) were in Hockenheim to watch BMW’s first DTM race for 20 years and, despite the results not going its way, BMW will take a lot of positives from the event. Over the course of the race weekend, 142,000 fans watched the first meeting of the three German premium automobile manufacturers in the DTM. In Saturday’s qualifying, four of the six BMW drivers made it into the top ten.

“On the whole, I am very happy with our DTM comeback. Nobody really knew what the balance of power would be at the start of the new DTM era. The unexpectedly strong performance in qualifying on Sunday, and the good sixth place achieved by an in-form Andy in Sunday’s race are just reward for the hard work put in by our entire team. A huge compliment and thank you to all the BMW teams and everyone at BMW Motorsport. We have taken the first step – and we will continue to pursue our path. It is good news for the fans that the three manufacturers are at a similar level. We will have to wait and see how we fare at the other circuits on the calendar. We are well aware of the huge challenge we face in such a fiercely competitive series as the DTM. Our competitors have many more years of experience than we do. We want to overcome that advantage as soon as possible.” 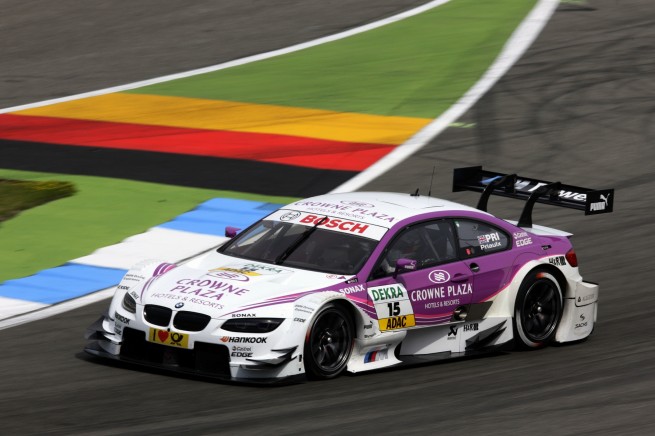 “Coming into the weekend if I had been told I would be sixth I would have been very happy, so that is how I feel now. I thoroughly enjoyed this race and love the whole DTM show. The first couple of laps felt like a sprint race, and then the result was about settling in and having some good stints. After my first stop I ended up in the middle of the field. That was fun. It has been a really tremendous weekend, and today my Crowne Plaza Hotels BMW M3 DTM was just awesome. We have come to Hockenheim with no DTM experience, and we now know that we have an amazing package for the start of our campaign in the series.”

“I would obviously have liked to finish further up the field, but I could not do any better than 13th. At times I felt a bit like a ping pong ball, and was hit hard on several occasions. My rear end was damaged and the car started to vibrate. However, the SAMSUNG BMW M3 DTM made it through. It may not have been the best race of my life, but I am incredibly proud to have appeared for BMW in the DTM and to be a part of this magnificent project. I am sure we will learn very quickly.”

“Considering all the problems we had in qualifying, I think we managed to recover in a big way for the race. Unfortunately a miscommunication ahead of the pit stop affected the result and so circumstances meant I could not do any better. It is now time to move forward. I think we have found the road we should follow and I am very happy with the car I had in today’s race.” 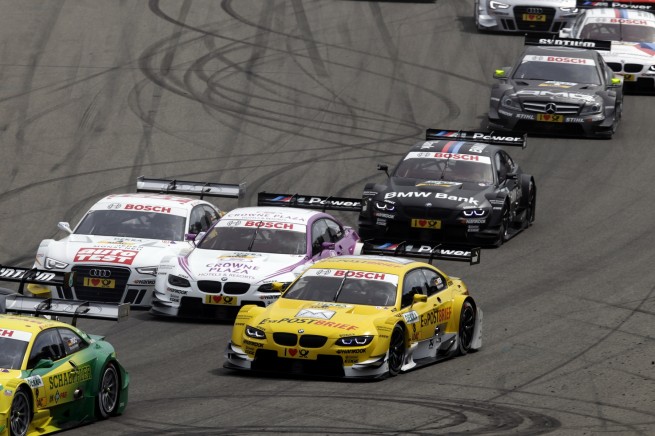 “I did not get off to the ideal start and dropped back a number of places. A few laps later someone drove into my car in the hairpin. That basically put an end to my race. The whole field overtook me. I was so far behind that I had no chance of getting a better result. It goes without saying that I was hoping for more from today, especially after such a great qualifying. I must now forget about that race and focus on the Lausitzring. Whatever happens, qualifying showed that we are on the right track. At the same time, there are still some areas, in which we must improve.”

“I have never experienced anything like today in the DTM. At times I felt like a passenger in my own car. Attacks and shunts came from all sides. I think some drivers were probably a bit over-motivated today. To a certain degree, that is understandable at the first race of the year. Having said that, I hope things calm down next week at the Lausitzring. We have seen that we are competitive, and will continue to work hard.”

“We were having a really good weekend until the crash. I had been able to overtake Adrien Tambay and was going well. Then came the collision. Ralf Schumacher braked too late and drove into Dirk Werner’s car. He took me out at the same time. It is such a shame, as we could have picked up a good result in this race.” 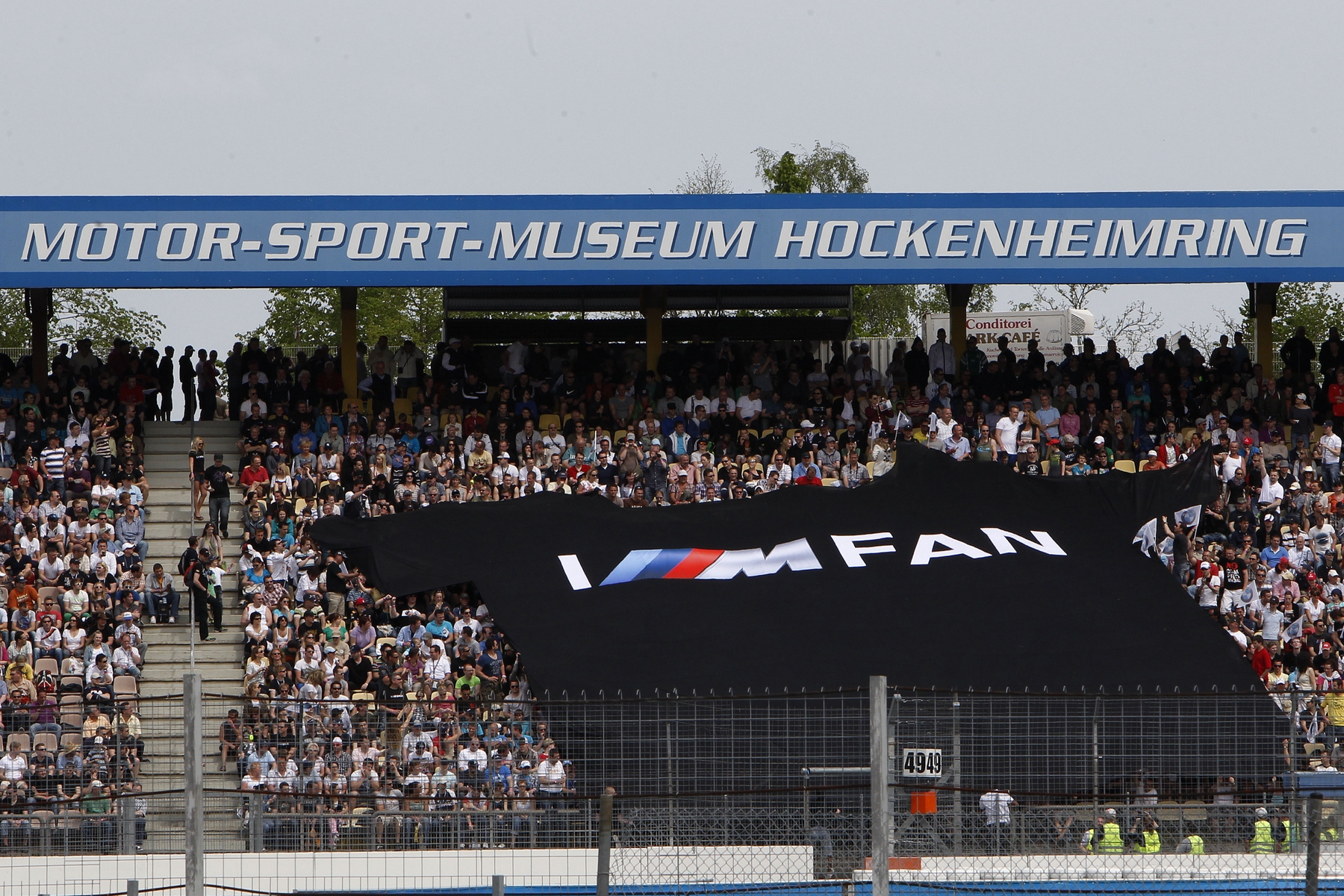 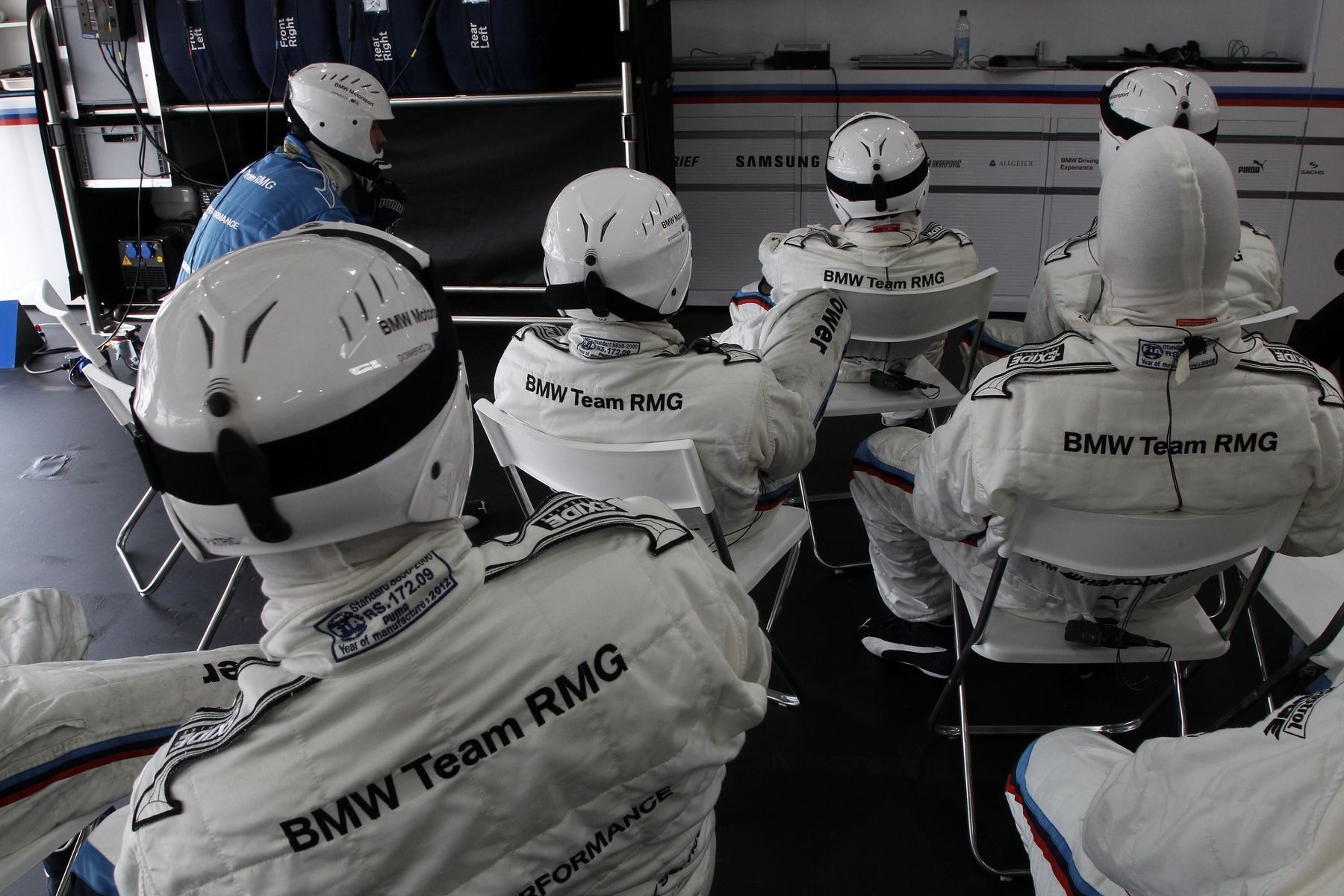 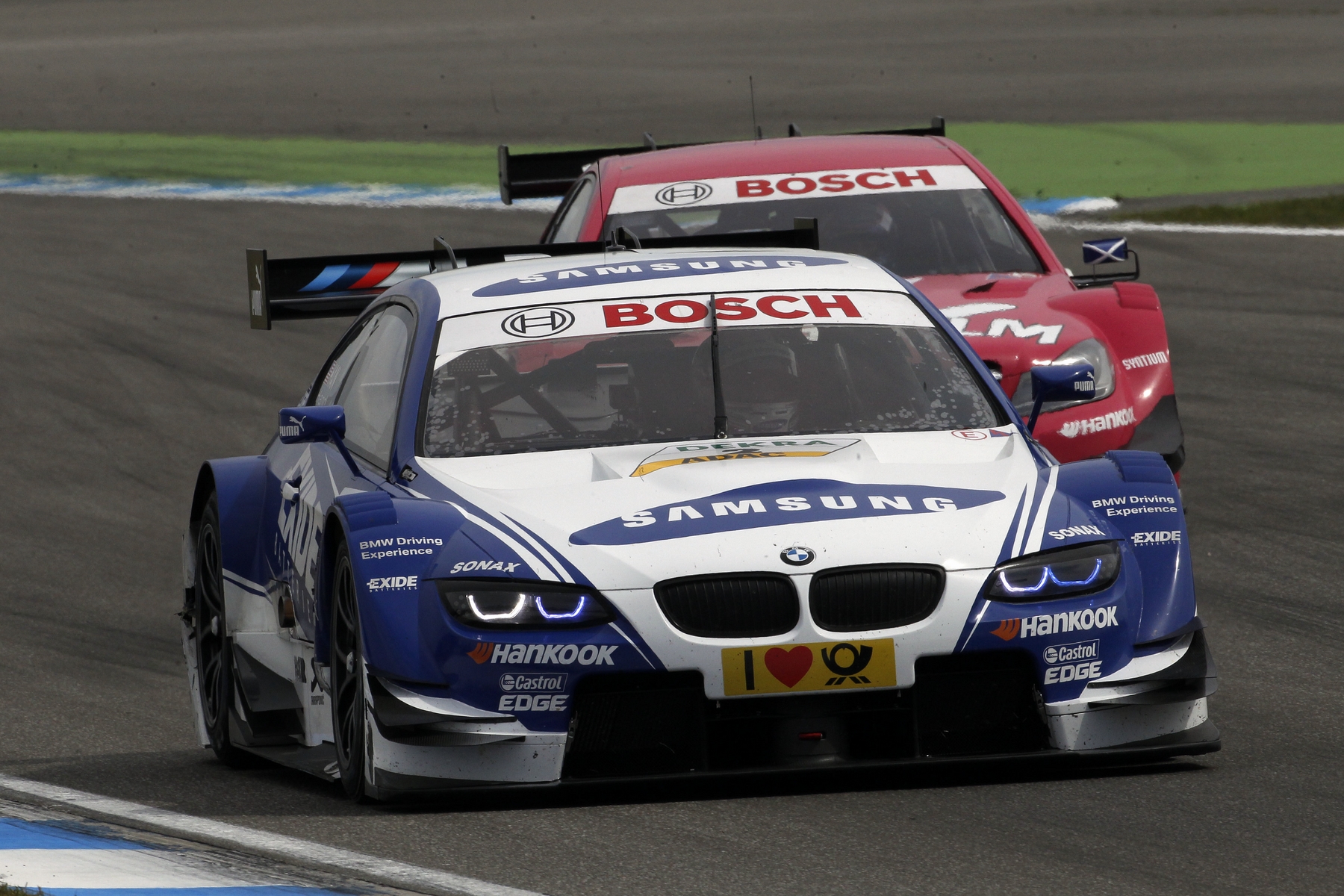 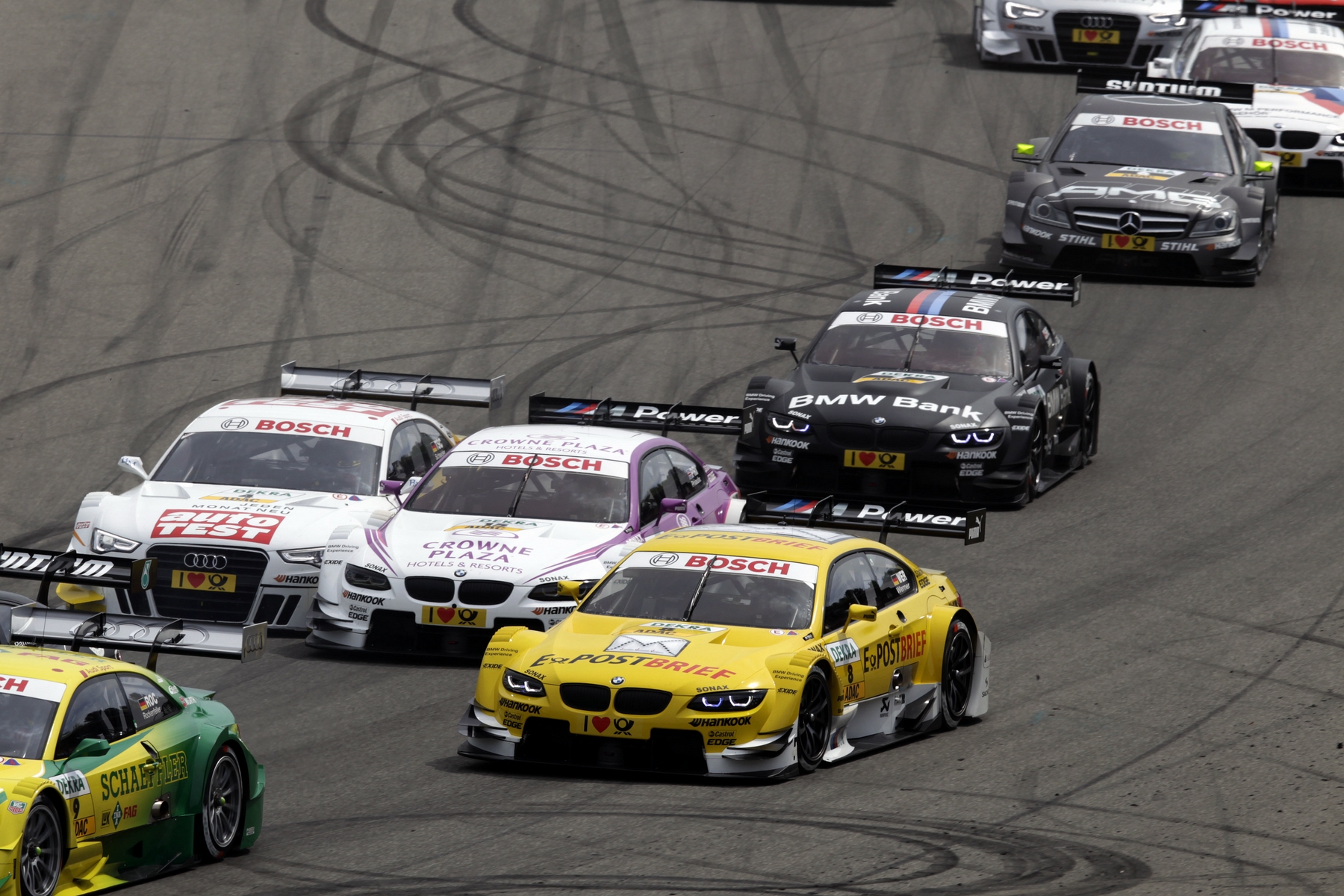 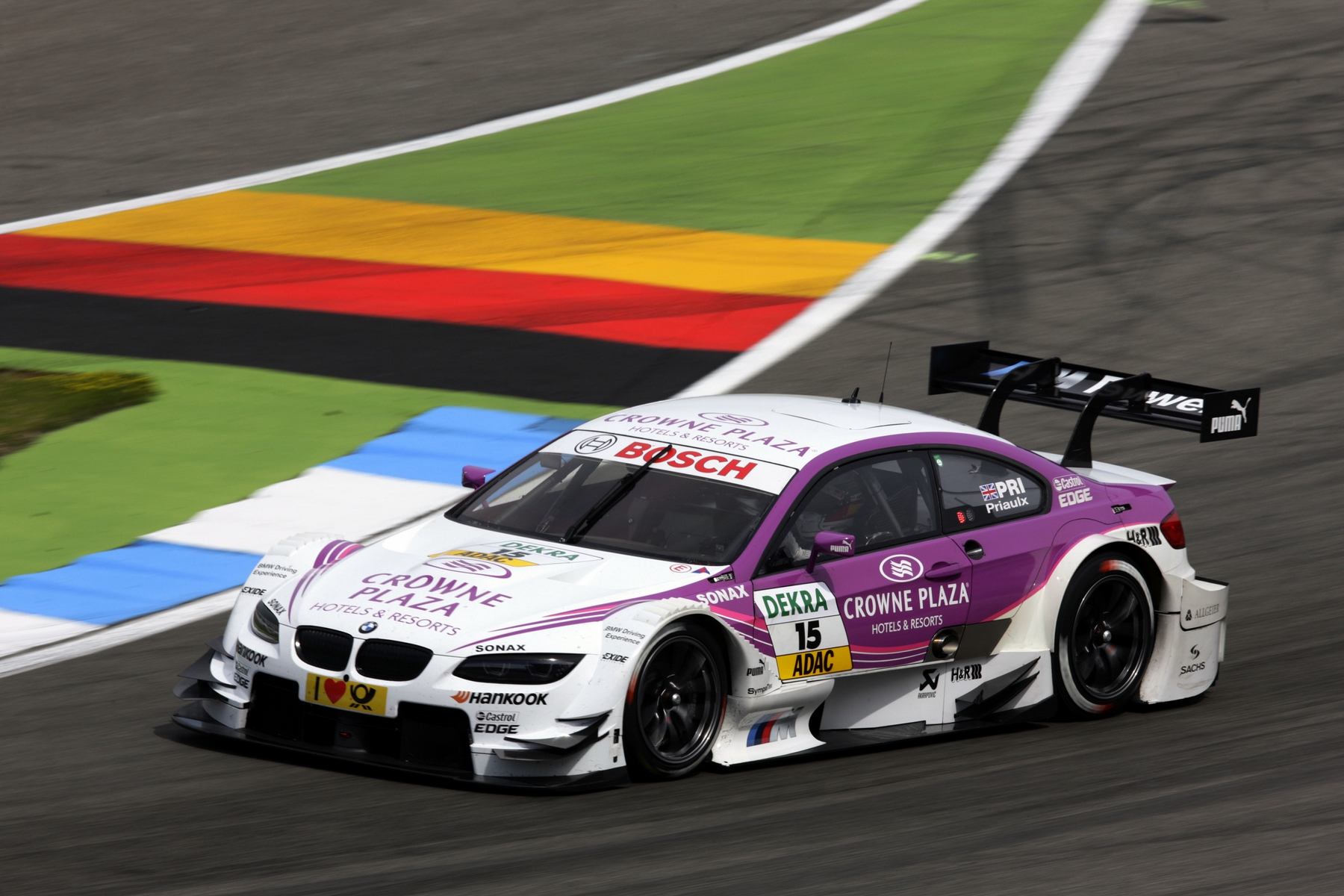 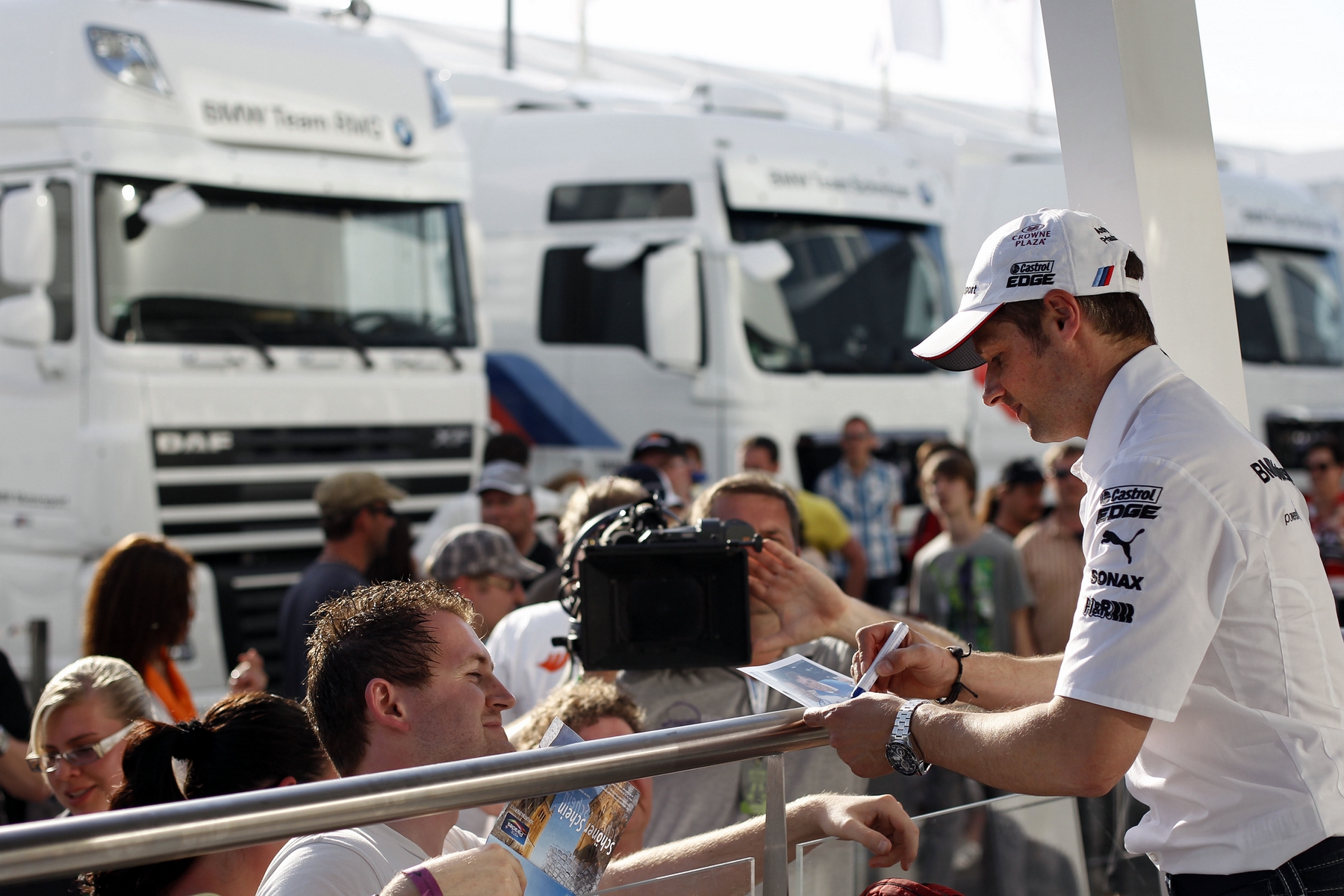 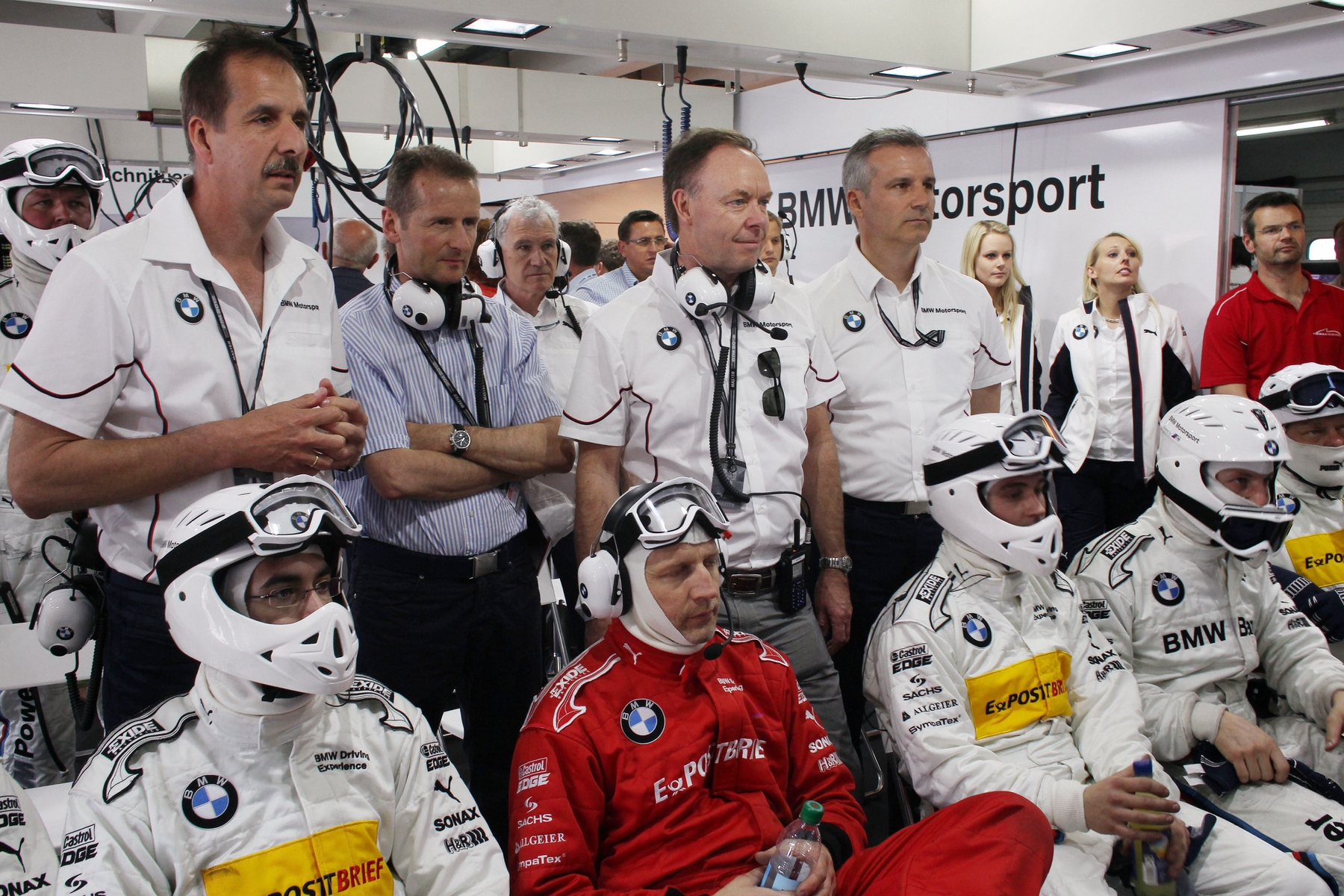 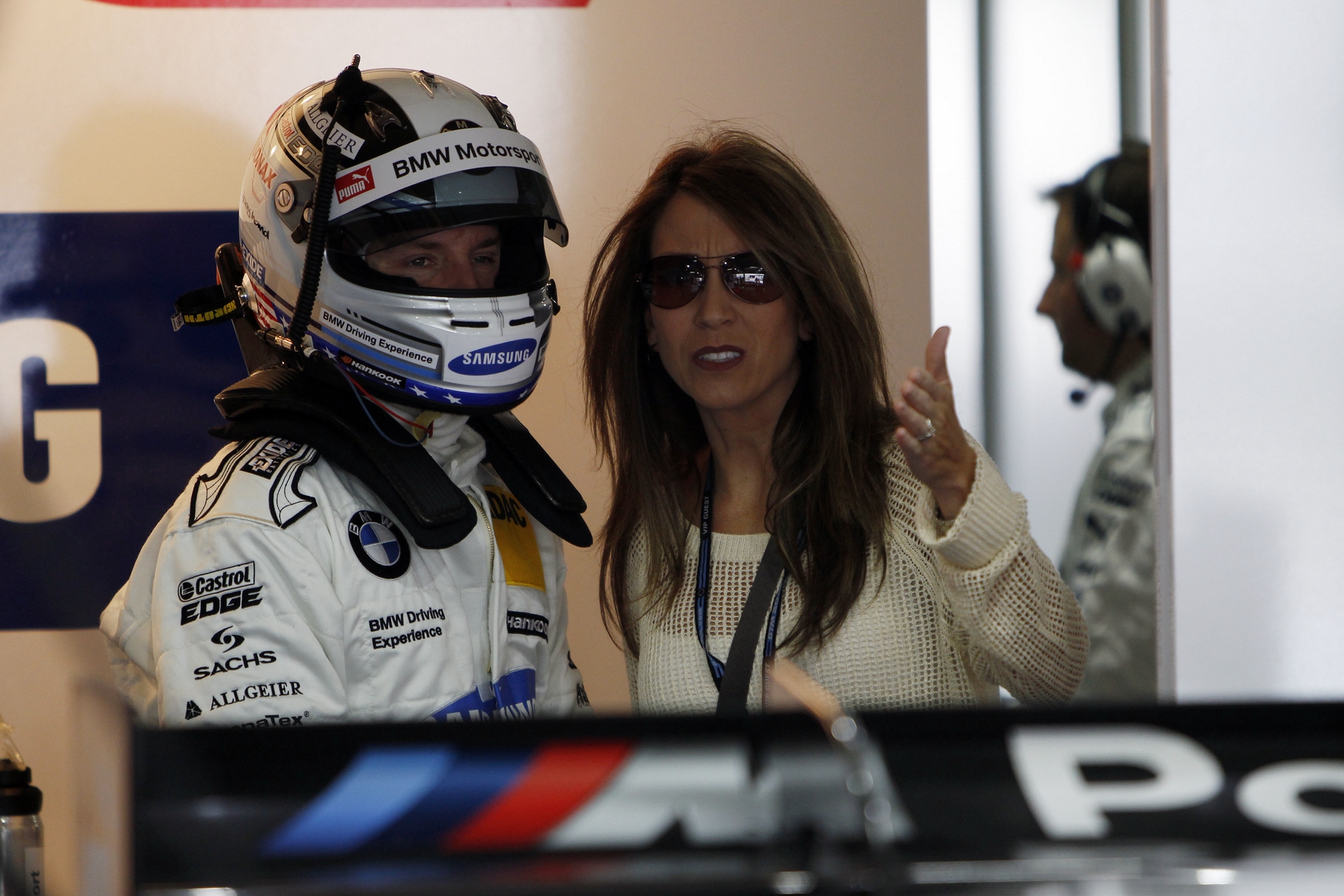 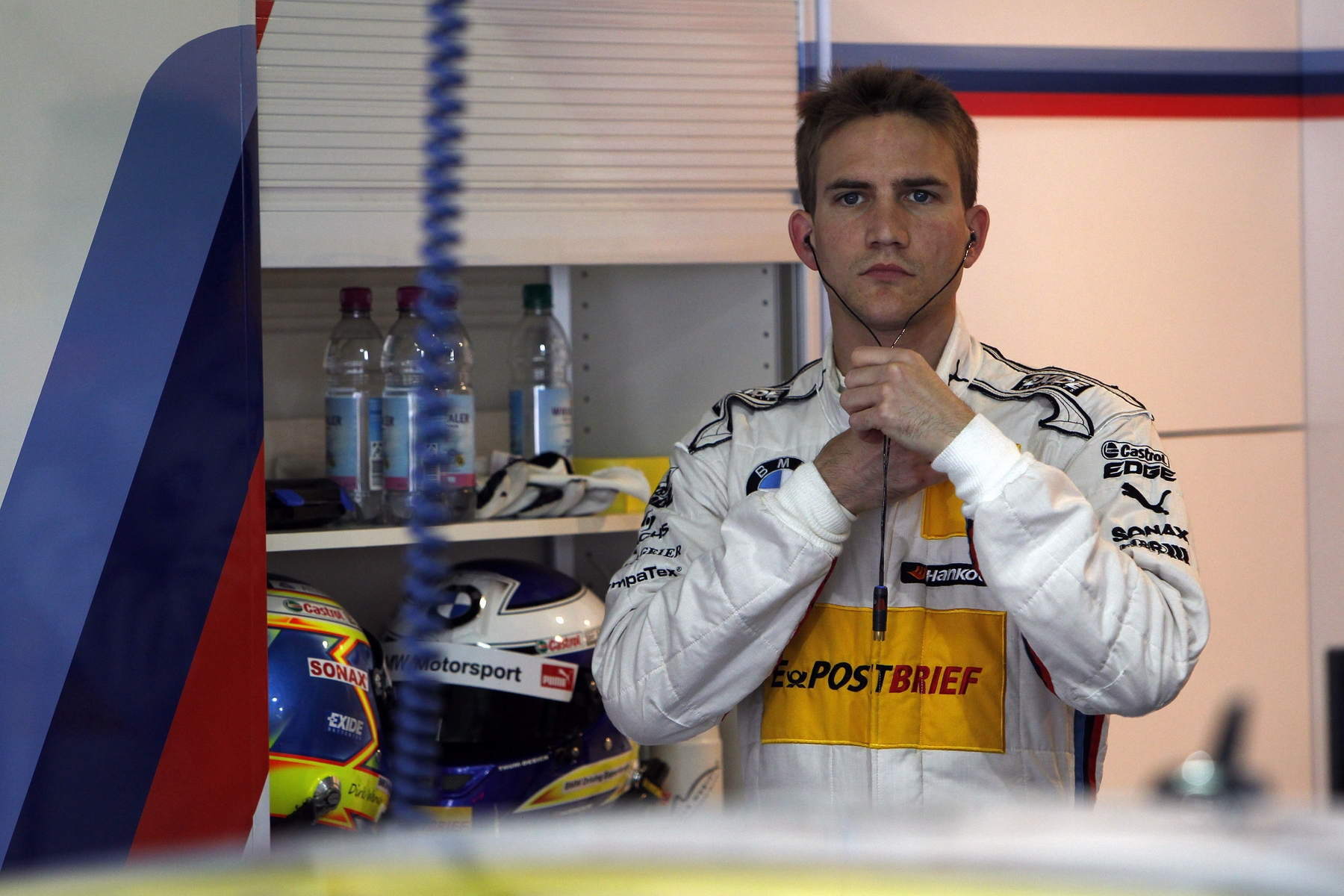