The design process at the BMW Group

Home » The design process at the BMW Group 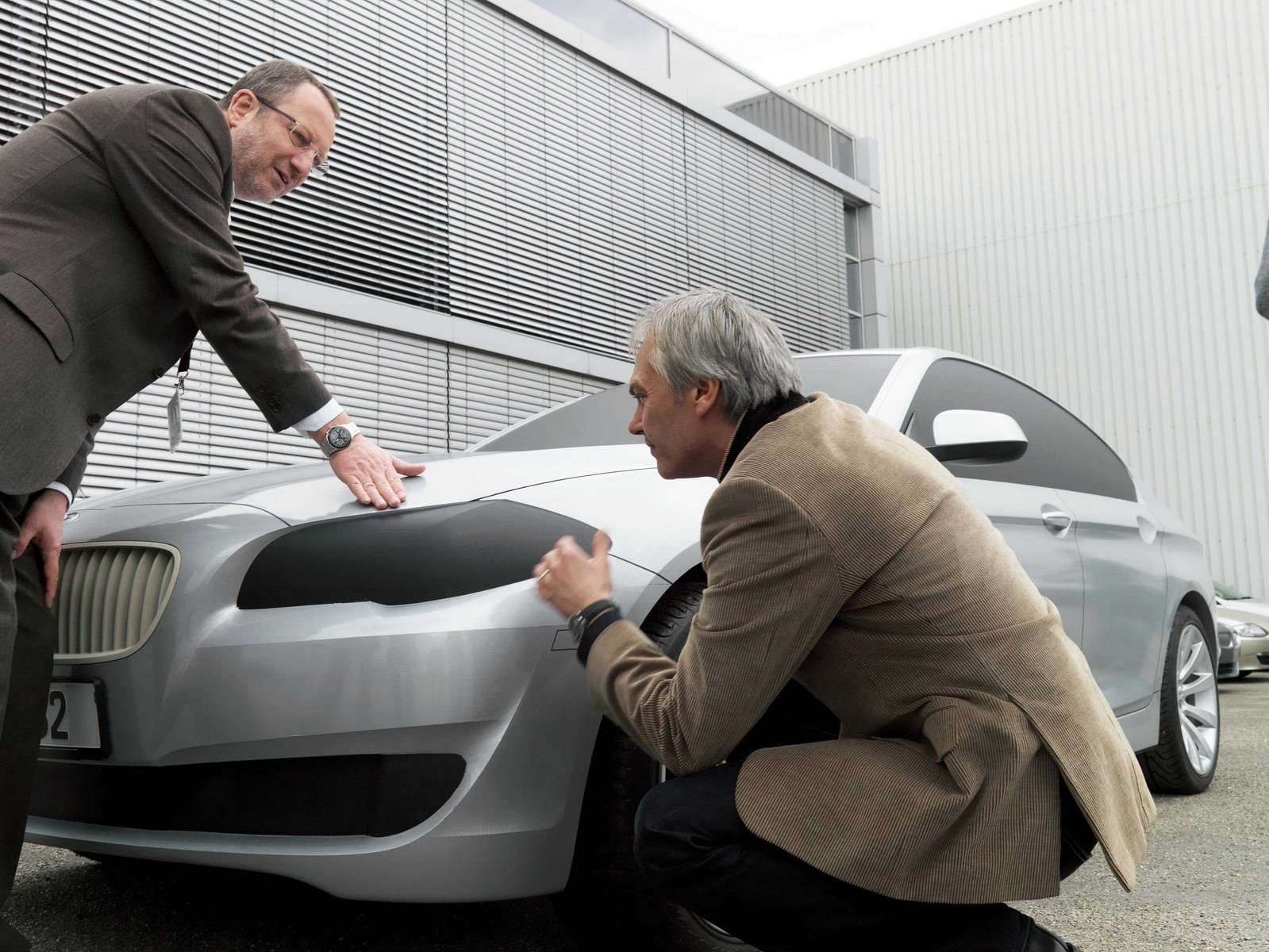 The design process enjoys a high profile at the BMW Group. Ideas and visions for the future of mobility are proffered by the company as a whole before being turned into reality within a clearly structured framework. To this end, the Group has established a highly circumspect process aimed at achieving outstanding collaboration among all those involved. The ultimate goal is to create emotional products that hold an enduring fascination.

From initial concept to design to finished model.

The product development process for a new model extends over a period of some five years and is divided into three phases. It starts with the company commissioning a design for a new automobile. Adrian van Hooydonk, Senior Vice President BMW Group Design, and his interdisciplinary team jointly draw up a briefing for everyone involved in the design process. This conceptual framework gives the designers, developers and engineers the greatest possible creative scope for designing the new car. 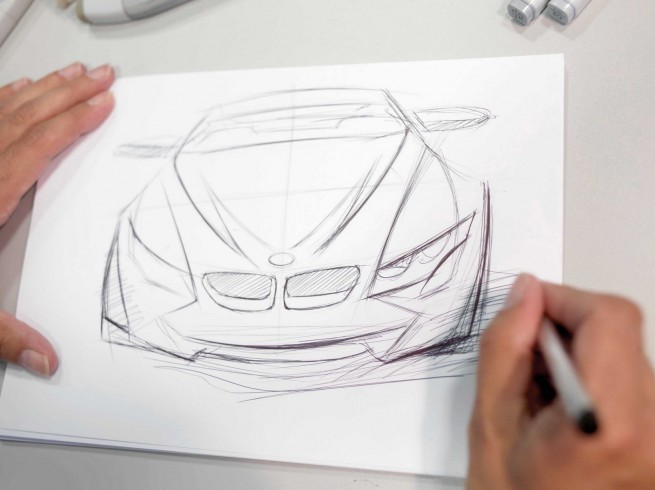 At the start of the initial project phase, the critical attributes are laid down. Based on these, the designers then produce the first proportional models for the new vehicle. Determining the proportions is a highly important aspect of the design process. As with any product, so with the car, too, perfect proportions are seen as the key to aesthetics and harmony. The designers start out by drawing the silhouette and the characteristic lines of the incipient vehicle. After the initial sketches they produce so-called tape drawings on a package plan – a kind of grid map of the vehicle on a 1:1 scale and including all its technical and structural constituents. Using flexible tape, the designers attach the main proportional lines onto the package to accentuate them. In the finished tape drawing, the silhouette and contours already convey the character of the completed vehicle. In the ensuing dialogue between the designer and CAD modeller a virtual 3D proportional model of the new car is created.

The aim of this first phase is to gain a mutual understanding of all the factors influencing a proposed design and their impact on it. Already at this early stage, key components such as the wheelbase, luggage compartment volume, range of engines, interior width and safety stipulations are fixed as part of the design brief. At this point, a closely integrated design-technology convergence is essential since all the available technical innovations must be implemented in a way which the ultimate user will experience as functionally perfect, expedient and visually compelling. 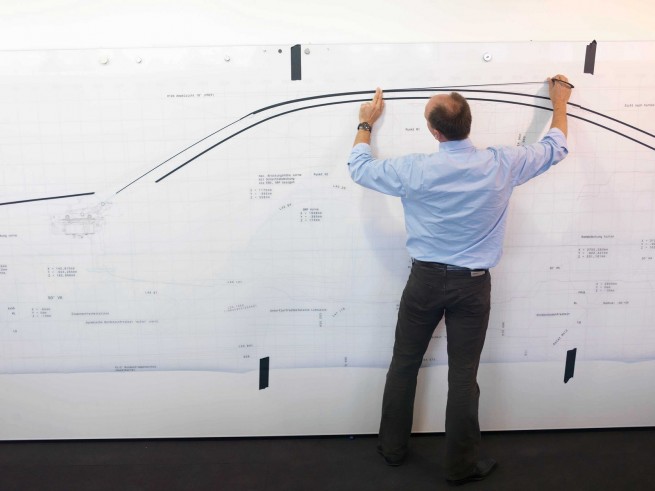 A key aspect of the form-finding process for BMW Group Design – and unique of its kind within the motor industry – is the internal, highly creative contest for the design of the exterior and interior of a vehicle, in which the designers compete against one another. The entire Exterior and Interior Design team under the baton of the relevant head of design develops its diverse ideas through sketches and virtual representations, which are then rendered as three-dimensional physical clay models. In adherence to the agreed proportions, the distinctive design language of each particular concept then emerges. The brief is to create innovative design drafts and highly aesthetic proportions and surfaces.

The work on clay models is very time and cost-intensive. Only few car manufacturers place so much value on 1:1 models made of clay – a special type used by designers – and refine them in such faithful detail. Covering the model in a special foil that resembles Titanium Silver Metallic paintwork allows the lines, surfaces and proportions of each model to be realistically assessed in varying light conditions. Clay models allow for the continuous development of the design since any desired modification can be rapidly implemented and realistically visualised on the 1:1 model. 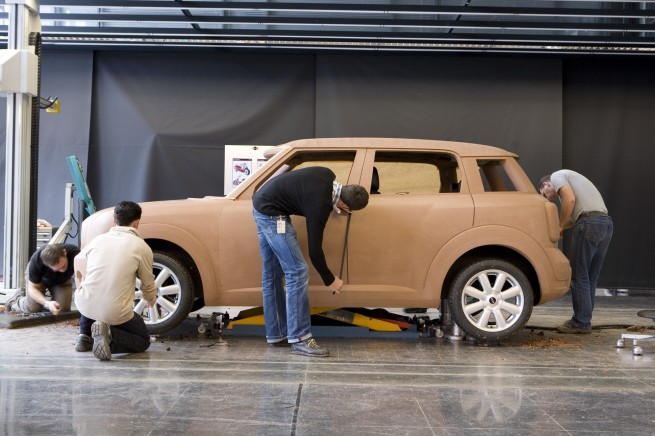 During this phase the number of clay models is gradually whittled down based on decisions by the Board of Management. As part of the process, the designers’ image of the perfect appearance of the exterior and interior of the new model takes on definitive shape. The ultimate decision as to which design will be implemented is made around three years before the scheduled production launch in a final showdown between two contenders. For one – potentially very young – designer, this special moment means his or her design has won the contest and will be turned into reality.

Once the final design proposal has been selected by the Board of Management, it is time for precision work on the details that are crucially important to the series development process. For this phase, BMW Group Design has lined up a special Detail Design team whose task is to fine-tune all the exterior and interior elements to a state of design perfection.
Extremely close coordination between the designers, engineers and manufacturing specialists also forms part of this phase, aimed at the precise definition of each individual detail down to hundredths of millimetres. In this way the BMW Group ensures that every product lives up to its premium claim – from surface quality right down to the micro-level. Only then is the sculpture which was perfected by human hand transformed into a product capable of being reproduced by machine. In a CAD (Computer Aided Design) process, laser scanning turns the model into a three-dimensional feasibility model, i.e. a technical reference model for all further developments. In parallel with this, various virtual technologies are specifically employed to optimise efficiency in the development process and ensure precision in execution. 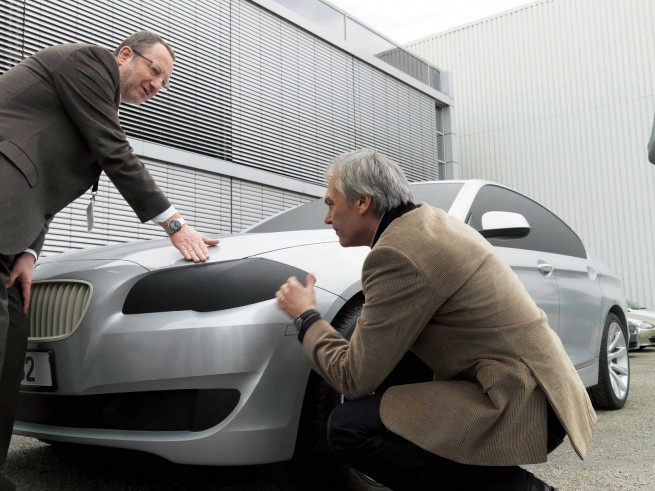 During this phase, the designers intensely turn their attention to those aspects which the eventual owner will experience when using the vehicle and which will guarantee its enduring fascination, even after many years. But the passion for aesthetics and dynamics, precision and perfection is evinced through all three phases of the design process – from the inception through the competition all the way to the detail work. The upshot is automobiles that boast an unmistakable, authentic, hallmark brand character.

“In the design process I aim to coax the maximum creativity from my team. That is why I keep the briefings as open as possible. Every single designer is invited to deliver their own take on the brand or the relevant project, in words and images. My job is then to select the best of the numerous opinions and proposals. For me that’s one of the most exciting moments in the entire design process.” Adrian van Hooydonk, Senior Vice President BMW Group Design. 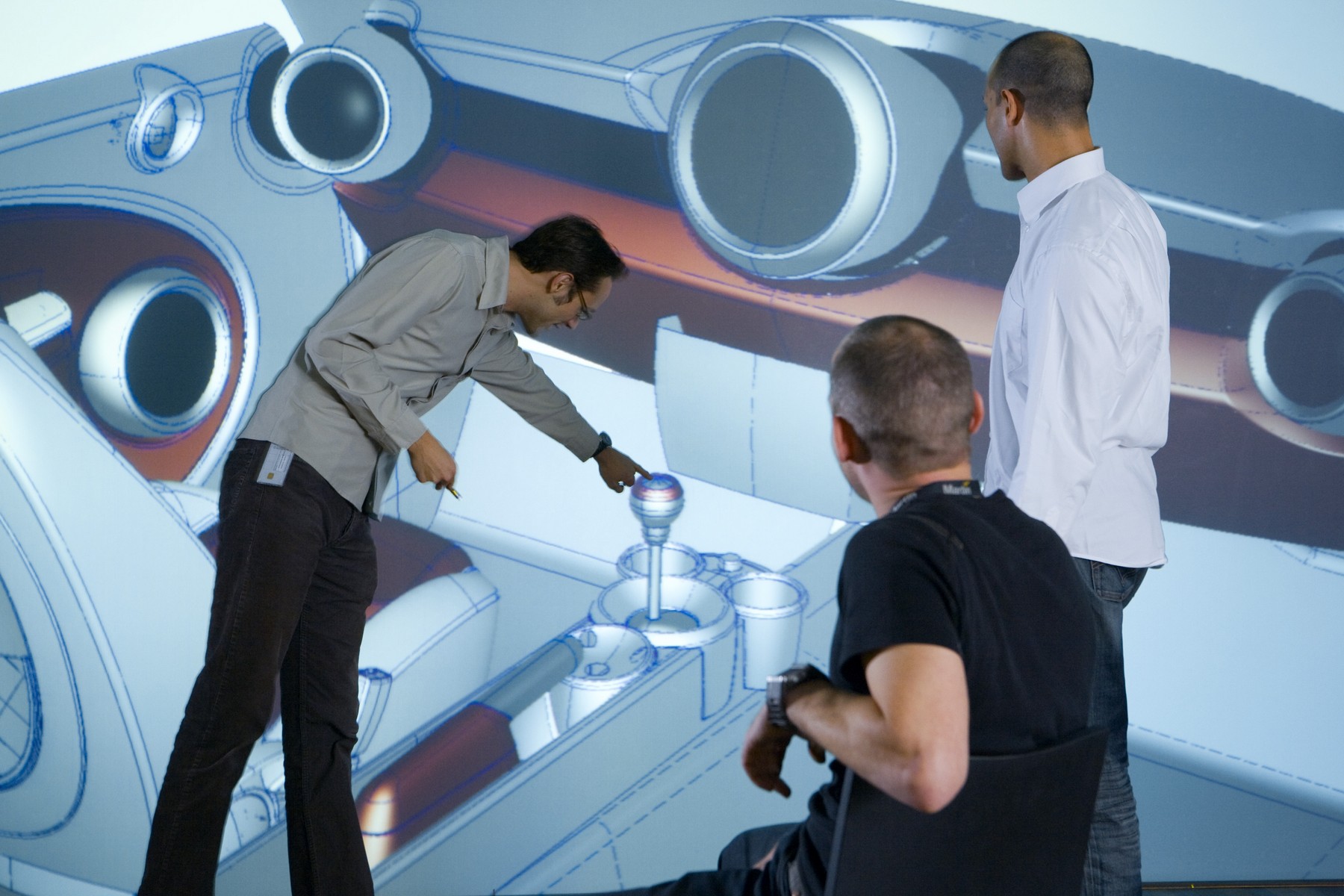 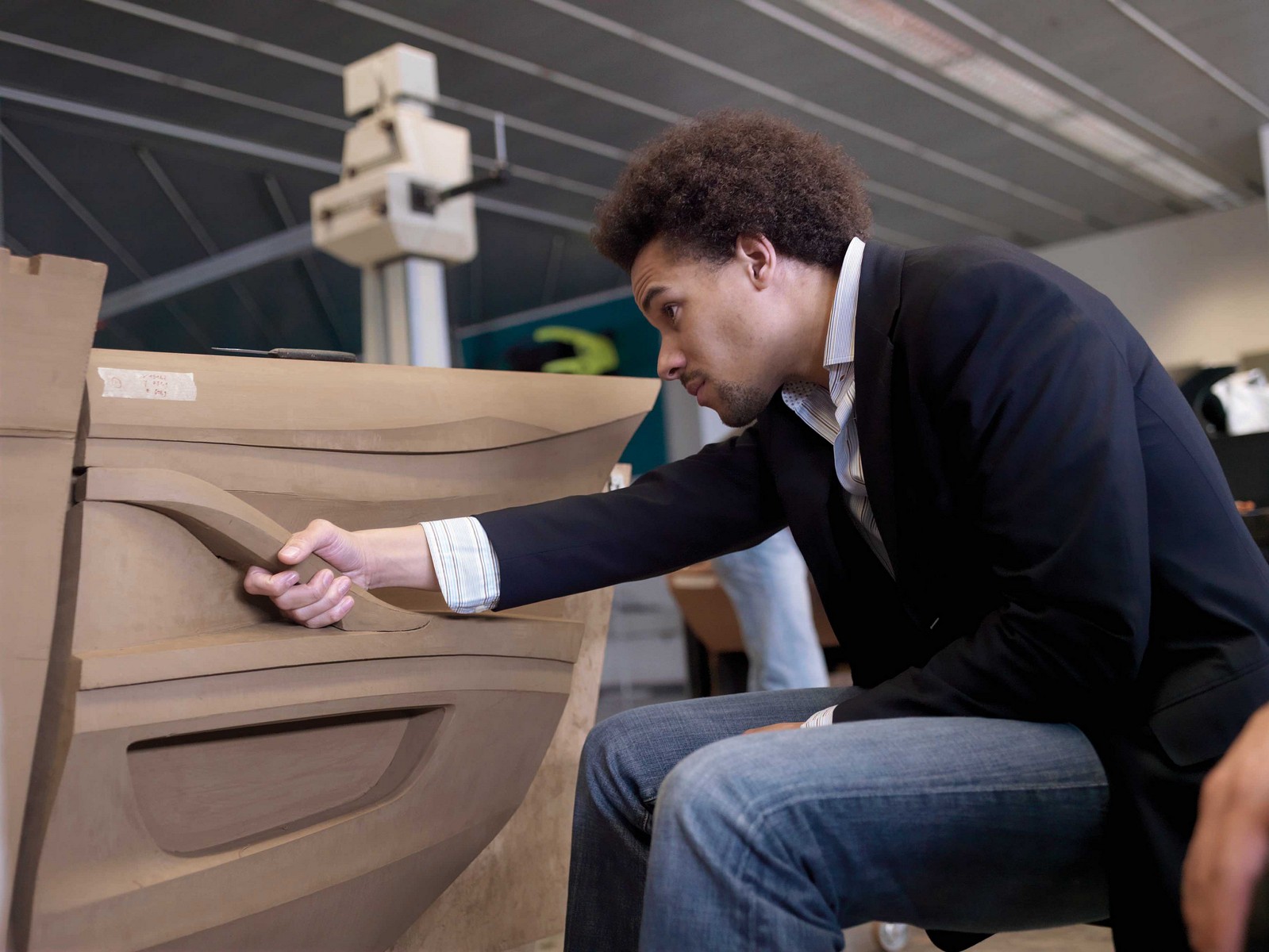 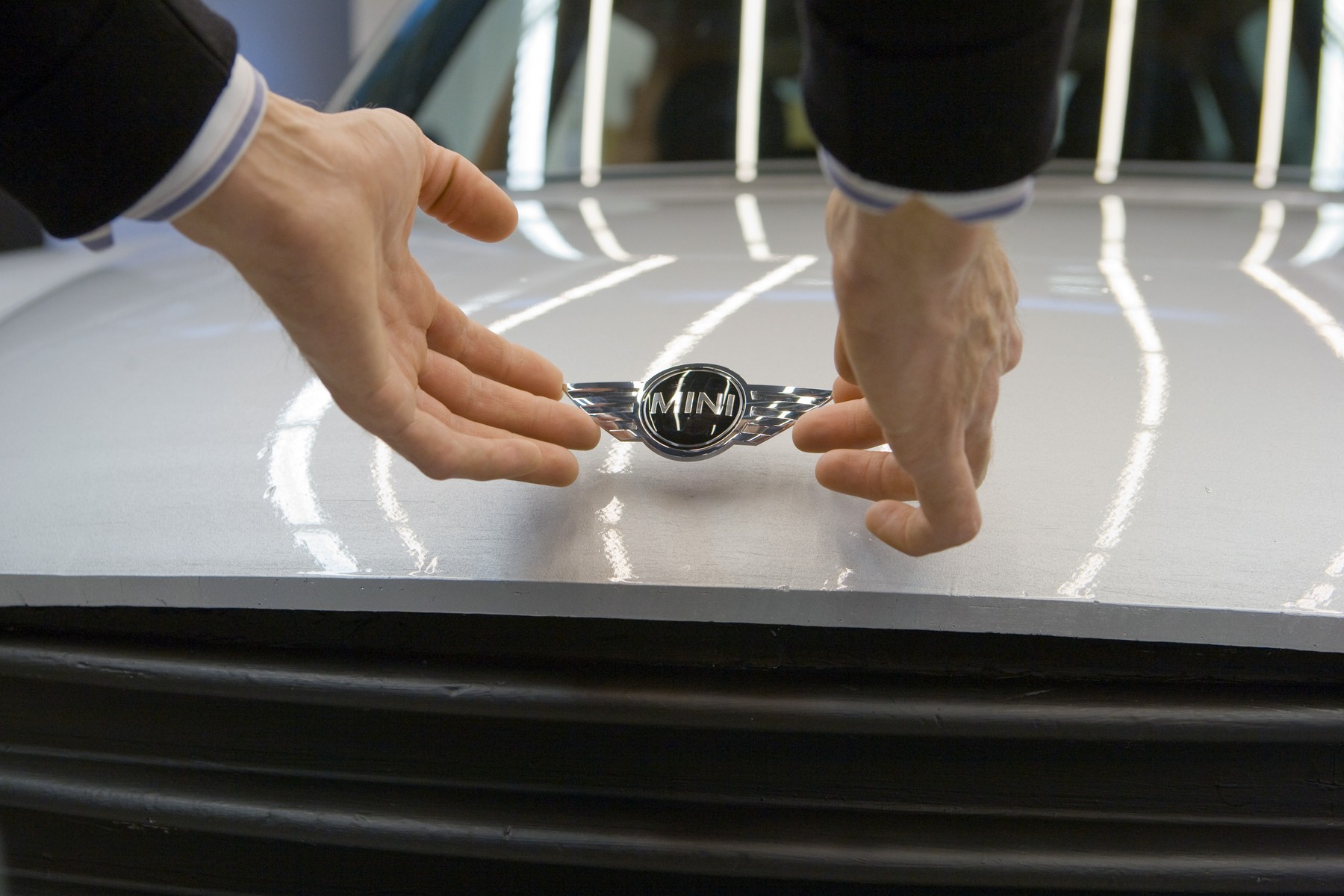 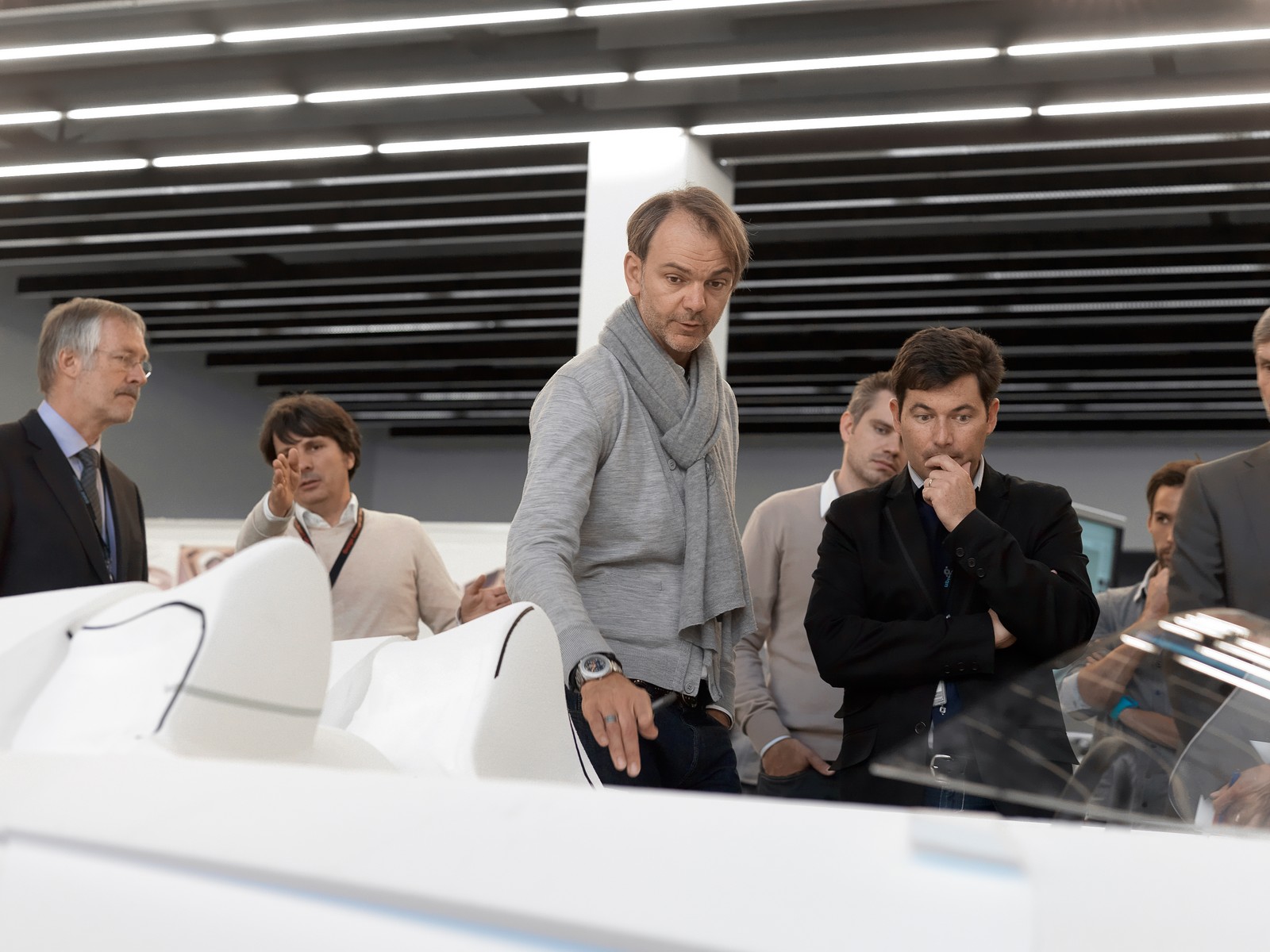 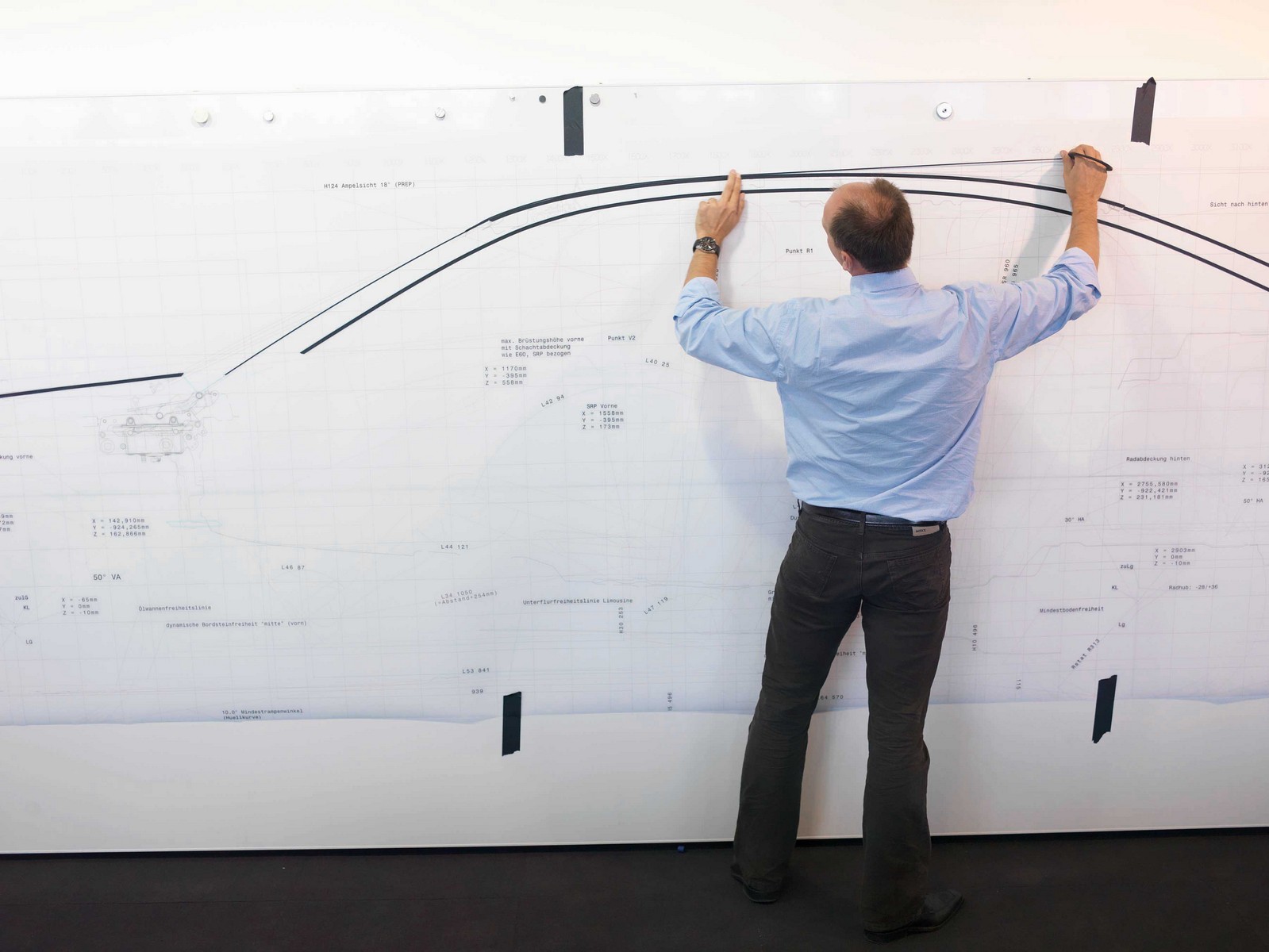 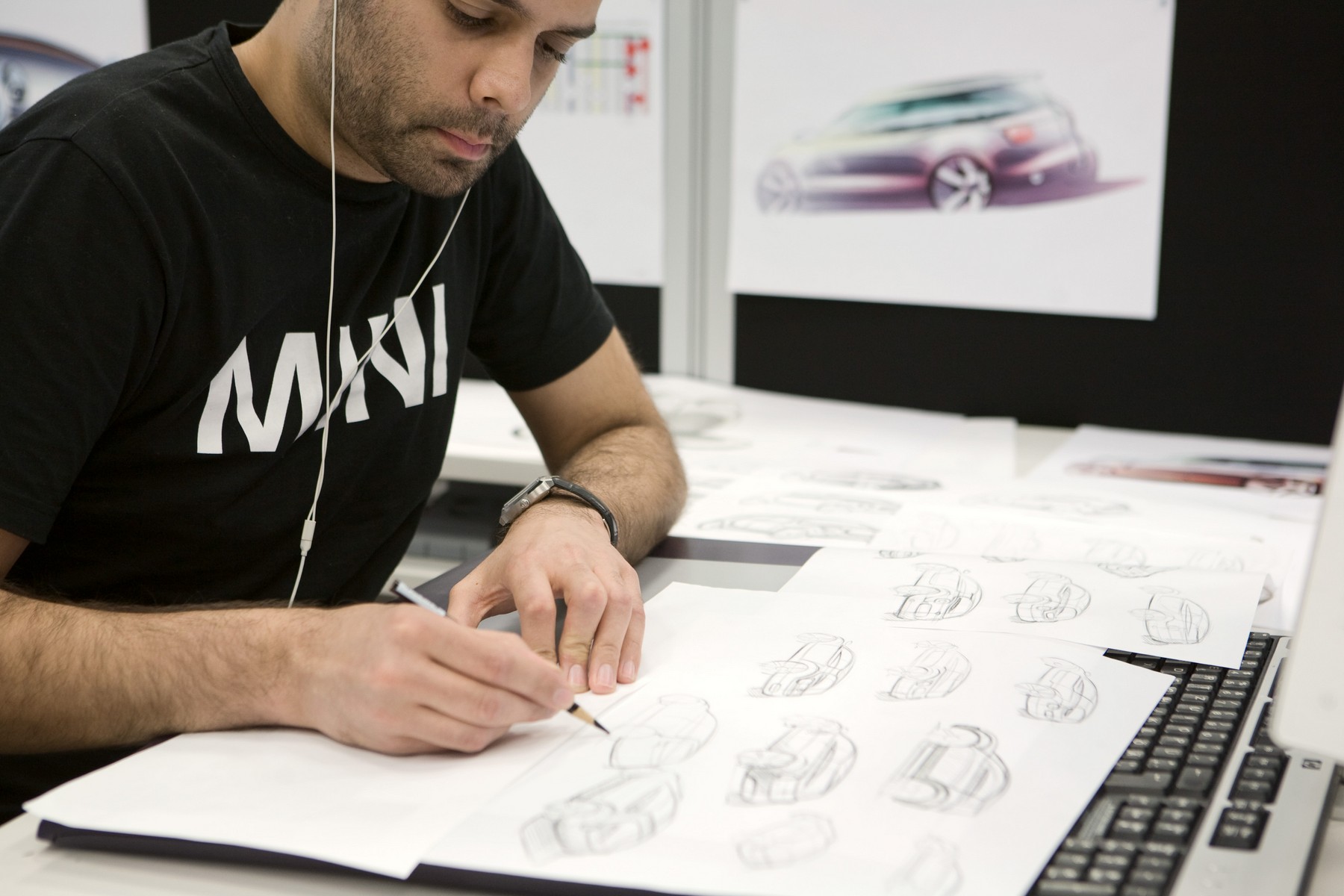 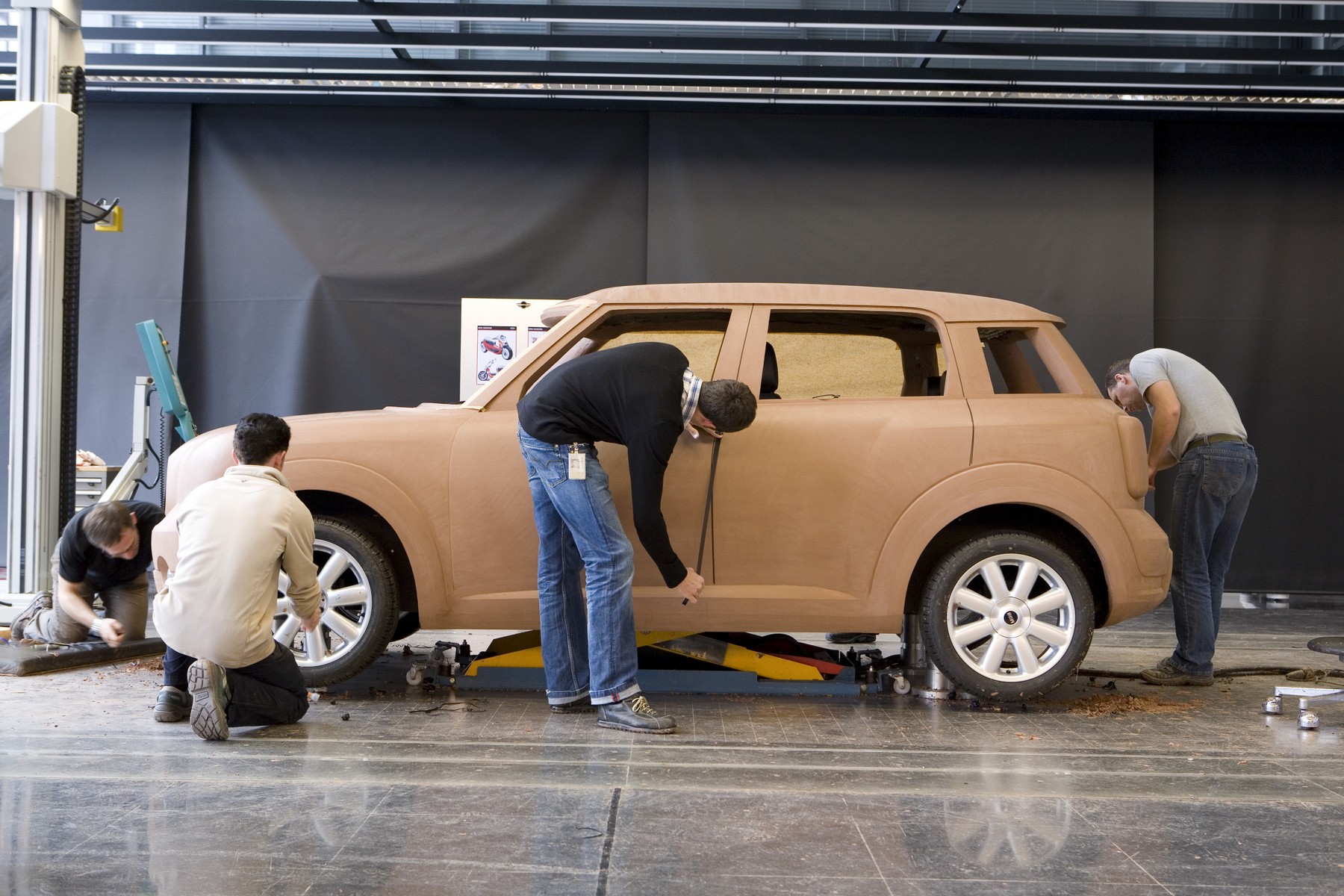 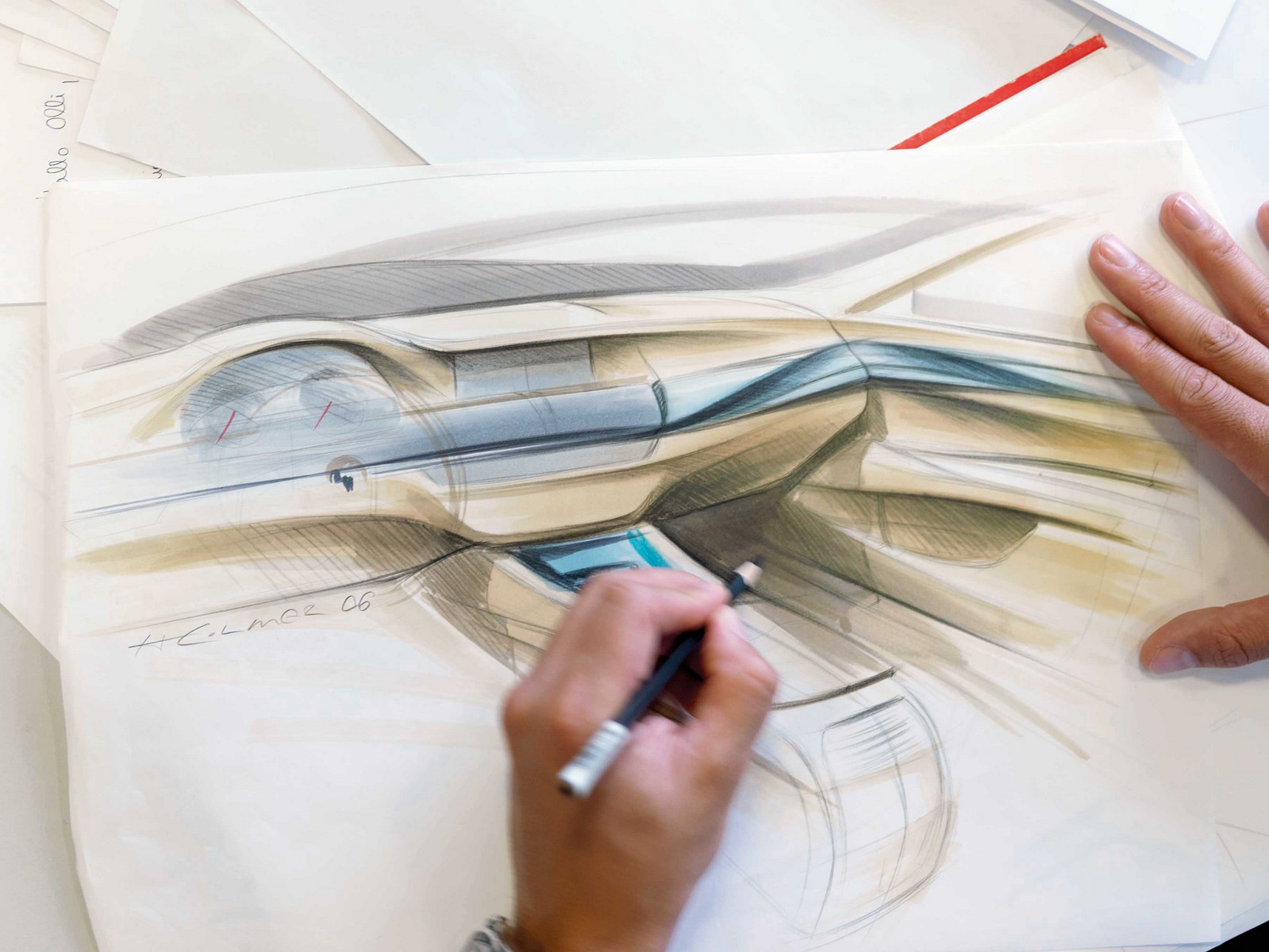