The Editor-In-Chief tossed this article on Cadillac marketing, a piece over the wall and ran. It’s an interesting take on GM’s argument that Cadillac is THE competitor to BMW (not Audi or Mercedes-Benz as THE competitor to BMW, let alone Infiniti or Lexus). At first glance many would say, “Who are they trying to kid.” But of course, look at it a bit more cosely and maybe they’re onto something.

Cadillac was founded in 1902 by Henry Leland on the remnants of Henry Ford’s second attempt at building a car company, “The Henry Ford Company”. It picked up its advertising tag line, “the standard of the world” when it won the RAC’s Dewar Trophy in 1908 for parts interchangeability. GM purchased Cadillac in 1909 and put it at the pinnacle of it’s offerings. Leland went on to start another car company named after his favorite President, Lincoln. (And in 1922 Henry Ford purchased Lincoln from Henry Leland.) 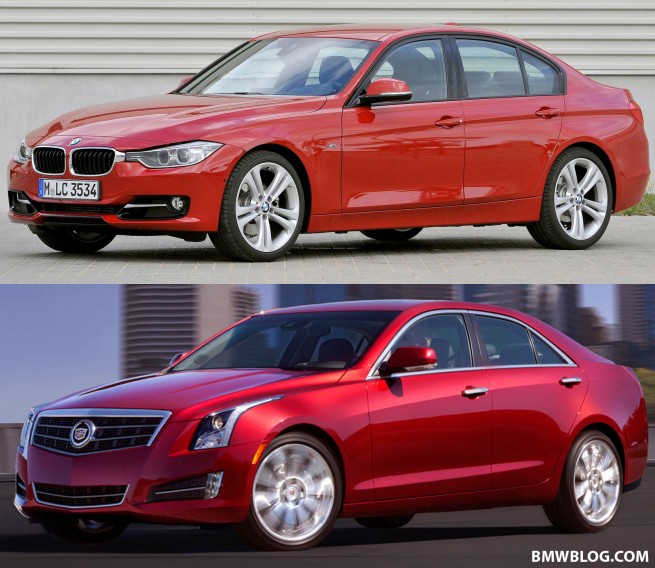 But it was Boss Kettering and the Dayton Engineering Laboratory’s (DELCO) electric starter that really got Cadillac going (and won a second Dewar Trophy in 1912). Cadillac through the early 1960s was a much admired marque, building world class luxury automobiles that included the 452 model with a V16 engine in 1930. But sometime in the middle 1970s Cadillac (as well as the rest of GM) lost their way. The depths of that era were plumbed by such terrible cars as the 1980 -85 Seville and everyone’s least favorite Cadillac, the J-body Cimarron, a truly forgettable car (that I won’t let a friend, who owned one, forget).

It was with the Escalade, a re-badged, tarted-up, Chevy Suburban, that Cadillac regained some of its sales magic at the turn of the 21st century. And then, lo and behold, somebody in GM green-lighted the CTS project. Maximum Bob? Lutz sure was a champion of fire-breathing rear wheel drive sedans; and as a former BMW exec, Lutz always wanted a division in GM to take on BMW. There were attempts to turn Pontiac into a BMW rival, but Pontiac buyers were really not prepared for the pricing needed to rival the performance of a BMW, and, of course, GM finally killed off that brand.

But that first Cadillac CTS, introduced in 2002, was a revelation for GM. Here was a rear wheel drive four door sedan with some sporting pretensions that could actually sell. Amazingly US sales of the CTS echo US sales of the BMW 5er from 2002 to current.

The second generation CTS was launched in 2008, while the latest generation of the 5er was launched last year. In size and weight there’s hardly a nickel’s worth of difference between the two (though the new 5ers 3” longer wheelbase adds needed room for back seat passengers’ knees).

A big difference is in drivetrain offerings, however. The CTS comes with a 3.0L direct injected DOHC V6 as the base. That is coupled to either a six speed manual or six speed automatic transmission. The top engine is a 3.6L direct injected DOHC V6 with a six speed automatic (no manual). There is no V8 offering in the regular CTS lineup (yes, the CTS-V is V8 powered, but that’s an M5 competitor).

Performance and handling aren’t that far apart, based on the numbers. Design is a plus for Cadillac as it is for BMW. But issues of build quality are up to the individual to decide when inspecting and living with the cars. Look closely.

Right now, given the quality and fuel economy of the BMW drivetrain offerings, I’d give the 5er the edge over the CTS. But a new generation CTS can’t be that far away. And then we’ll see if they’ve caught up to or possibly surpassed the F10 5er. 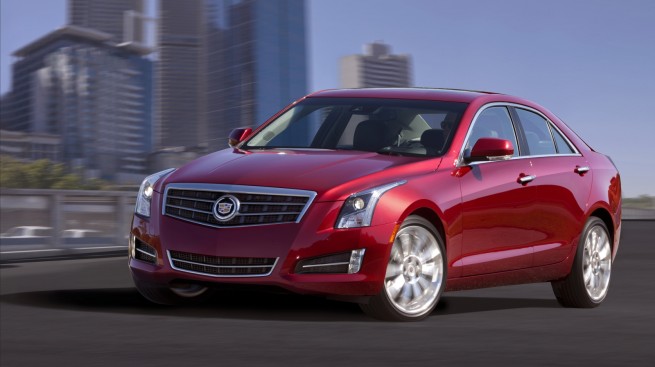 The new Cadillac ATS promises to be a bigger seller than the CTS. In fact, if Cadillac can get 3 series sales numbers for the ATS they will effectively triple their RWD sedan sales. The ATS will also have a four cylinder engine to rival the N20 found in the BMW 328i. The 2.0L Turbo direct injected four cylinder will develop approximately 270 HP.

In addition the ATS will use a five link rear suspension setup that echoes the five link found under a host of BMW models. So it will be interesting to see how it handles in comparison to, say, a 335i with M-Sport package. And what should we expect as far as an M3 fighter from Caddy, an ATS-V? That would be neat!

It’s a bit odd that Cadillac would choose BMW as its target, when Lexus and Mercedes-Benz appeal to a wider audience. One supposes, however, that if you have to pick a role-model/rival, pick the best.