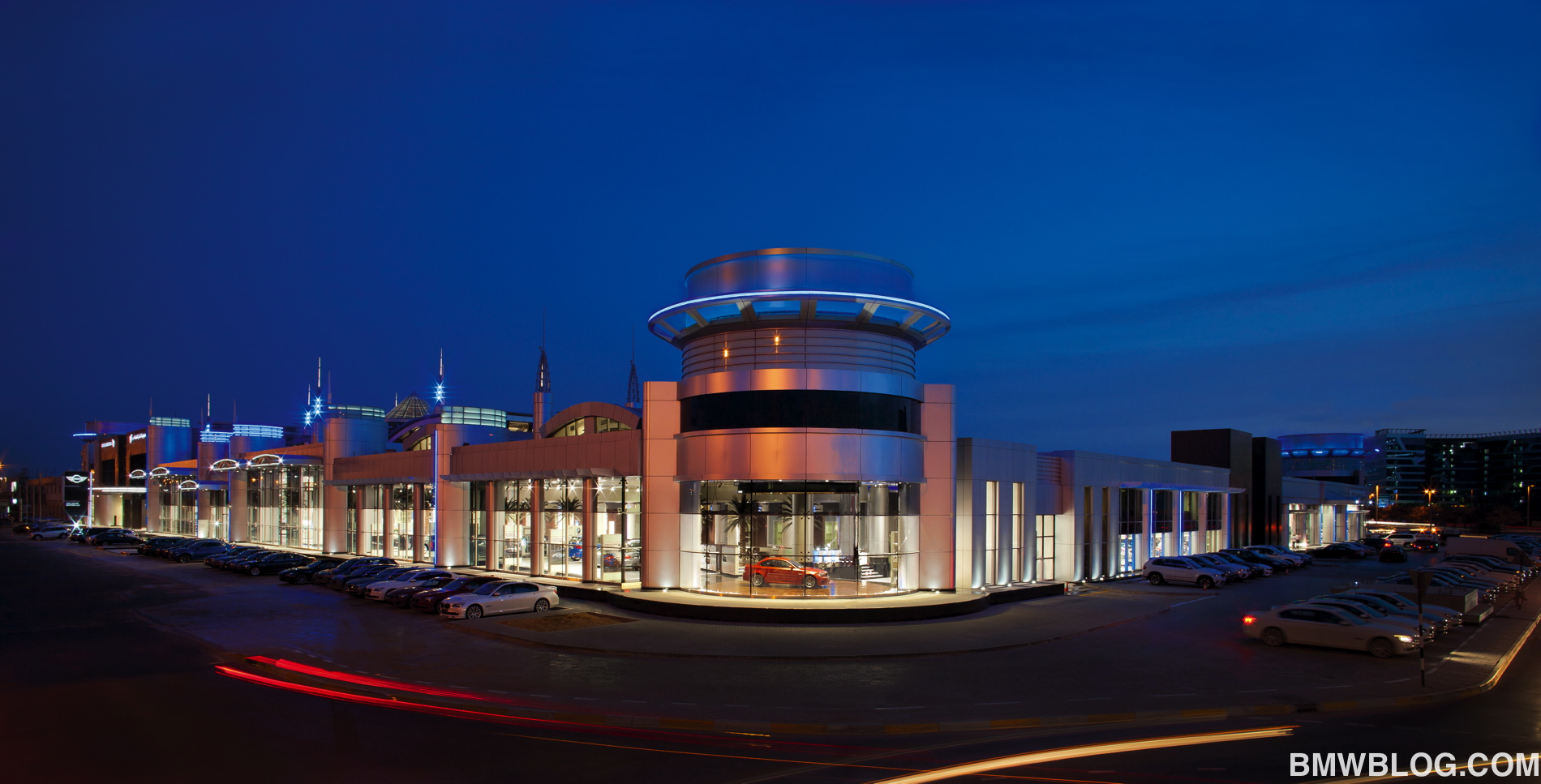 The BMW Group has opened the world’s largest showroom for BMW, MINI and Rolls-Royce Motor Cars and BMW motorcycles in the Emirate of Abu Dhabi. Abu Dhabi Motors, the BMW Group’s long-standing importer for the region, has invested around AED 300 million (approx. 62 million euros) in the new 35,000-square-metre showroom over its three-year construction.

The new showroom was formally inaugurated by Ian Robertson, member of the Board of Management of BMW AG, responsible for Sales and Marketing, His Highness Sheikh Hazza bin Zayed Al Nahyan, National Security Advisor and Vice-Chairman of the Abu Dhabi Executive Council, and Arno Husselmann, General Manager of Abu Dhabi Motors, at an exclusive event on Tuesday evening attended by over 1,000 guests. 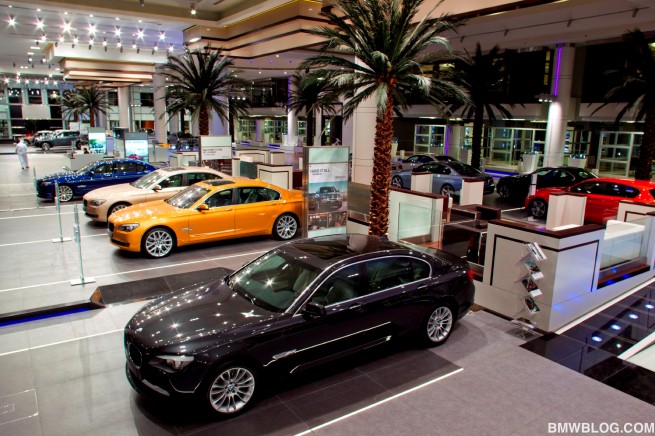 “The Middle East is an important region for the BMW Group. We sold more vehicles here in 2011 than ever before. There is tremendous future growth potential in many countries in this region and in the United Arab Emirates in particular.” Robertson added: “The investment in this impressive and unique facility that makes the world’s biggest BMW Group showroom, is testament to the continued opportunities that lie ahead in Abu Dhabi and in the region”

The expansive facility in Umm Al Nar houses separate showrooms and sales areas for the three premium automobile brands, BMW, MINI and Rolls-Royce Motor Cars, and for BMW motorcycles. More than 450 staff members will work at the facility. The new showroom will allow customers to view the brands’ entire model line-up in different colours and different option packages, with more than 70 automobiles and 10 motorcycles on permanent display. This will be complemented by an extensive range of newer pre-owned vehicles and a state-of-the-art service area equipped with the latest technology. The workshop will be able to perform maintenance on up to 120 vehicles simultaneously. 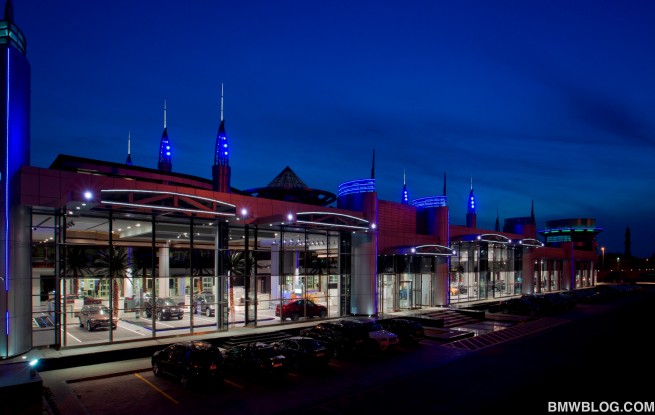 A further focus will be the facility’s extensive shopping and boutique area, which will sell a wide selection of BMW and MINI fashion items and other merchandise, as well as original parts and accessories, in a bright and friendly setting. Film fans will not be disappointed either – there is a private cinema that can also host exclusive new-vehicle presentations for special occasions. A café, a Formula One racing simulator and a children’s play area make the perfect customer service offering complete

The BMW Group achieved a new sales record in the Middle East in 2011. A total of 18,657 BMW and MINI brand vehicles were sold last year in the region’s 14 import markets – an increase of more than nine per cent year-on-year. The United Arab Emirates (UAE) accounted for more than 47 per cent of deliveries, with Abu Dhabi and Dubai the largest markets. The best-selling vehicles in the region in 2011 were large model series such as the BMW 7 Series, the 5 Series, the X5 and the X6. The BMW 7 was the top-selling car in the BMW model range, for example, with 4,511 vehicles delivered to customers. In 2011 the Middle East was the third biggest market worldwide for the BMW 7 Series following China and the United States of America.  In the region’s 14 markets, particularly strong growth was seen in Qatar with an increase of 26% (1,265 units), Abu Dhabi 23% (4,436 units), Dubai 23% (4,395 units), Kuwait 6% (2,380 units) and Saudi Arabia 2% (3,072 units).

The import company Abu Dhabi Motors began its operations in May 1986 with a small showroom and workshop in Umm Al Nar employing 24 people. Over the years, it has grown to become the leading BMW Group importer in the Middle East by sales. It currently employs over 450 staff members at 10 different facilities across Abu Dhabi and Al Ain. In 2011, Abu Dhabi Motors set a new sales record: a total of 4,436 cars belonging to the three BMW, MINI and Rolls-Royce brands were delivered to customers – a 23% increase over 2010. With sales growth of 16% and Rolls-Royce’s highest percentage of bespoke cars, Abu Dhabi Motors was also one of the British luxury brand’s top ten dealers in the world in 2011.

Top five models sold in the Middle East in 2011:

Top five markets in the Middle East region in terms of sales in 2011: 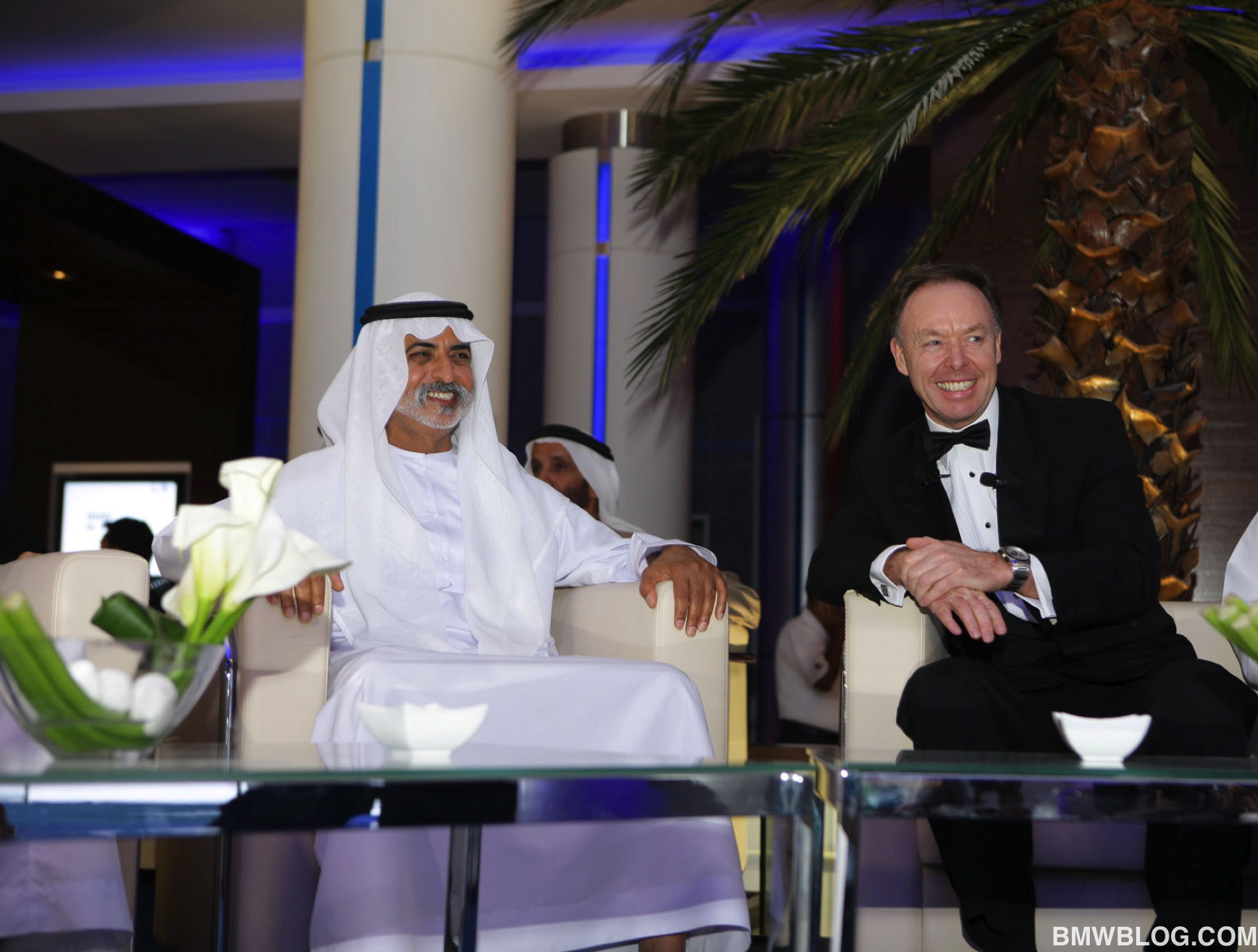 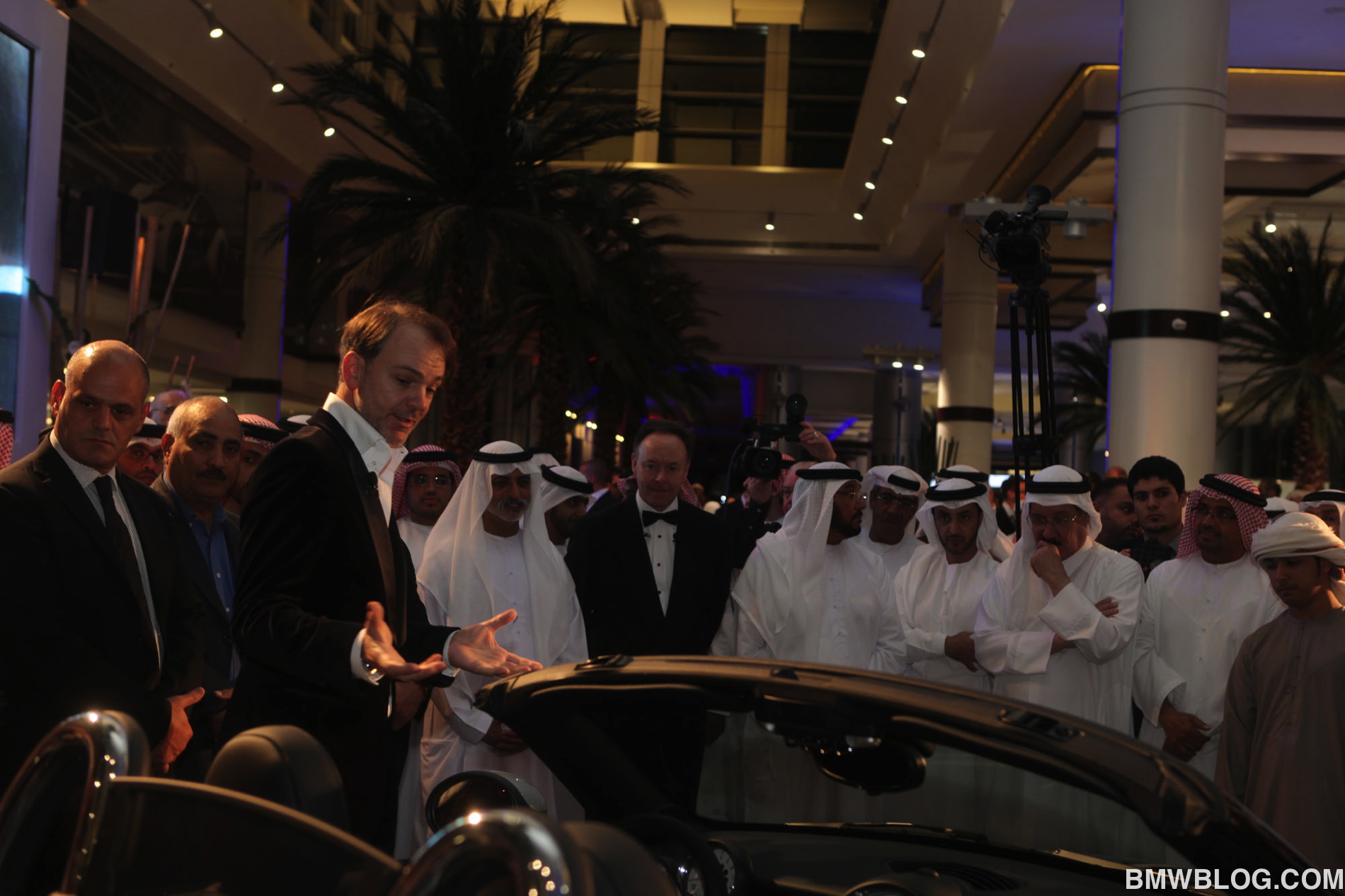 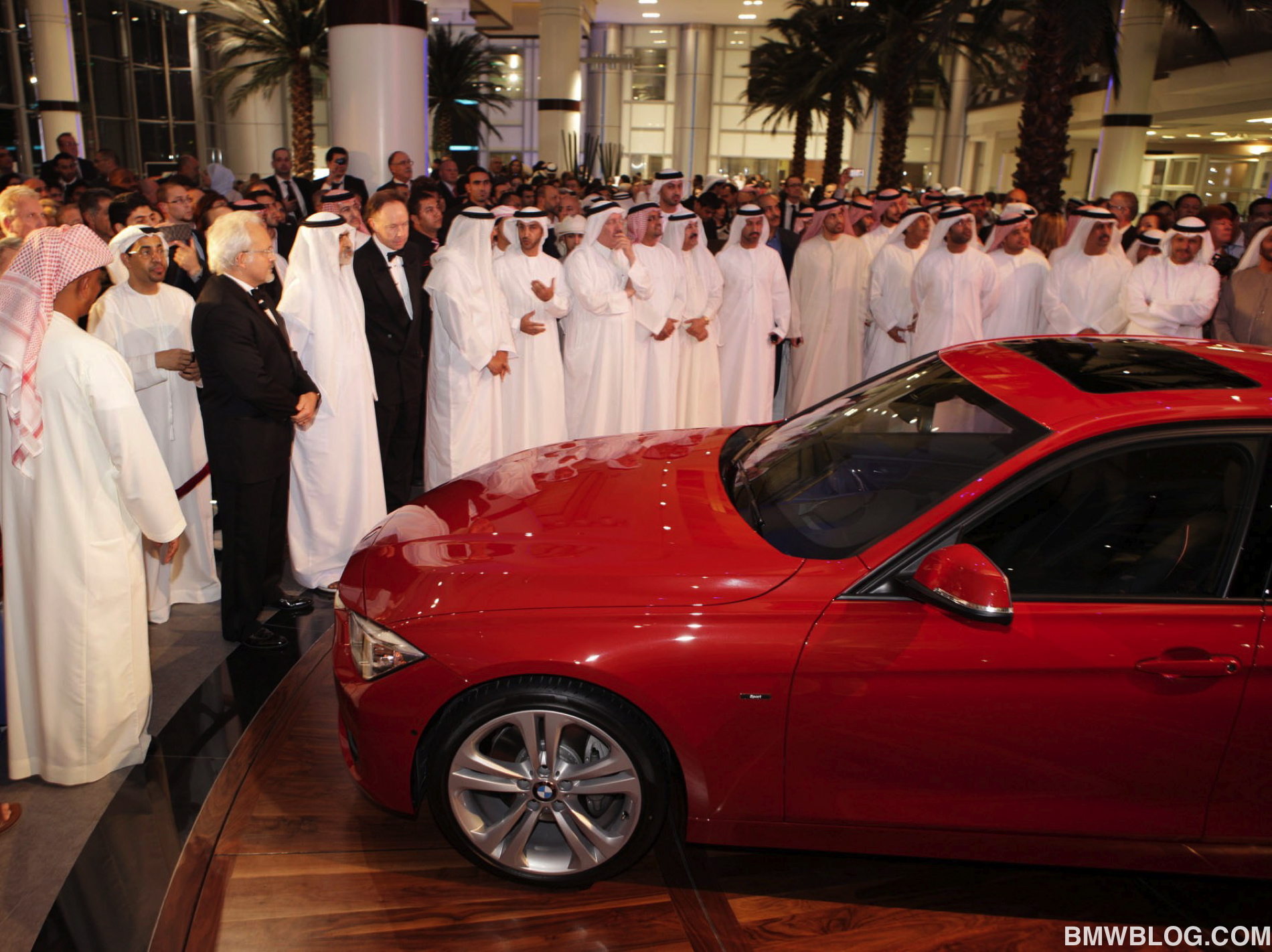 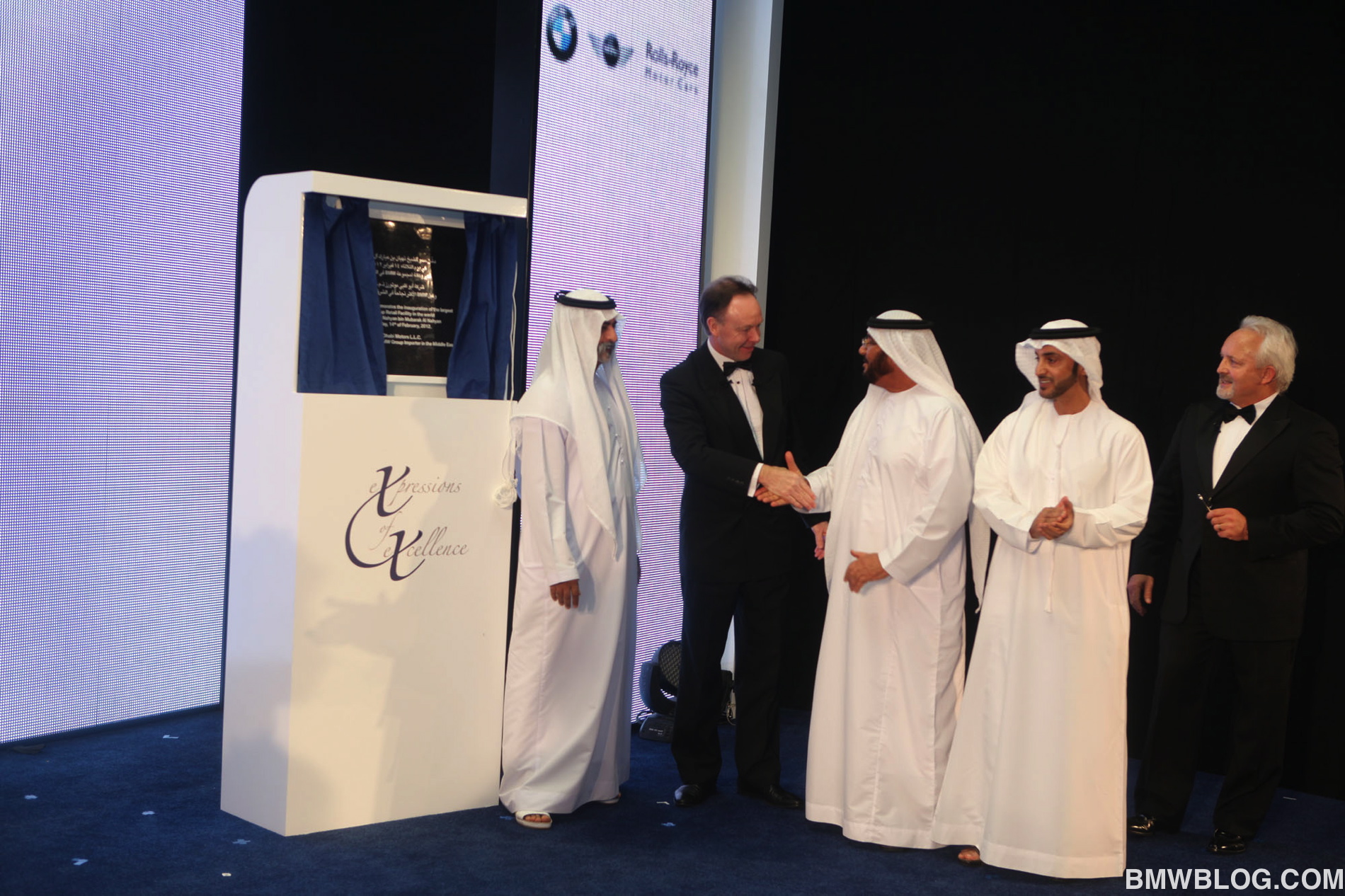 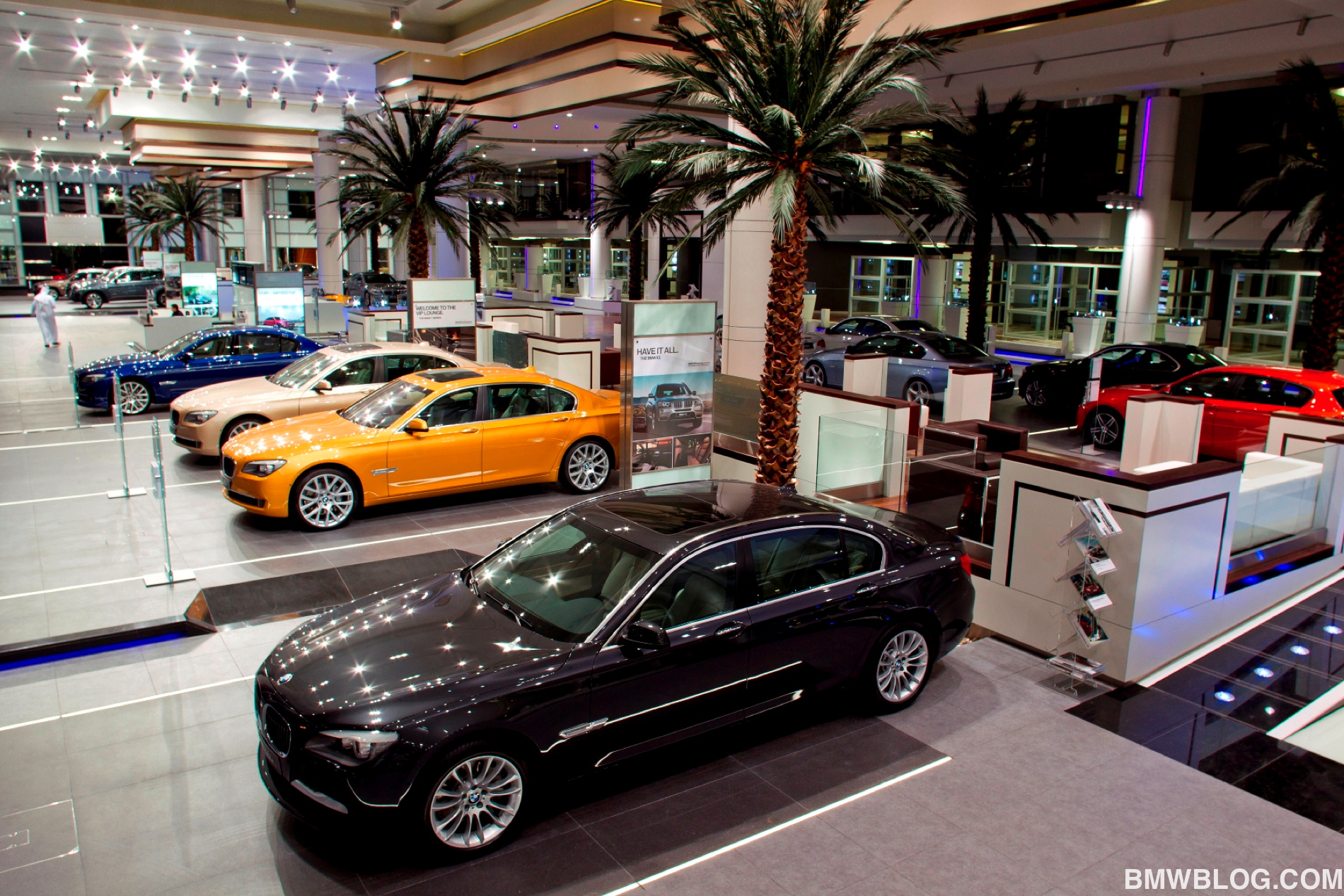