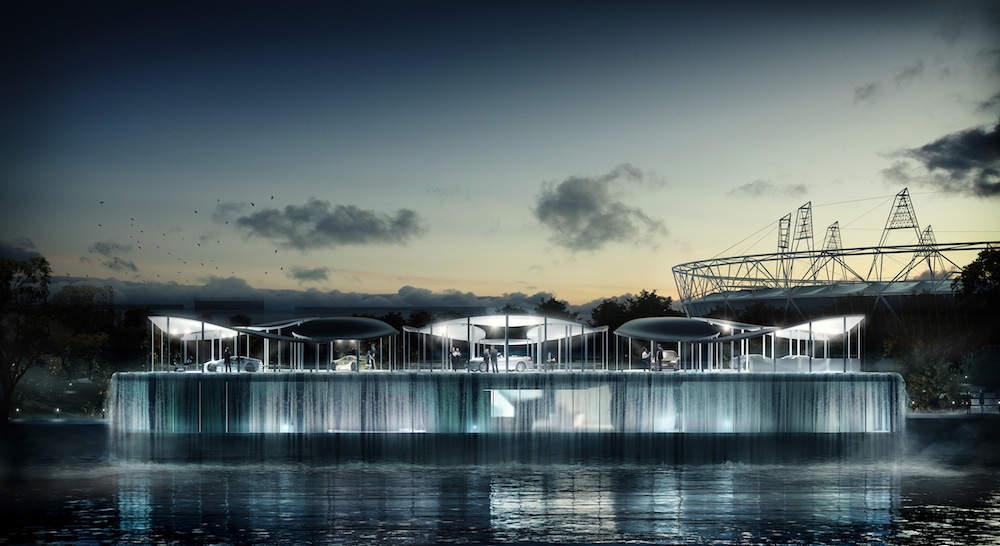 BMW Group, Official Automotive Partner to the London 2012 Olympic & Paralympic Games, today revealed the winning design for its pavilion at the Olympic Park.

Following a competition involving six architecture firms, BMW selected the British firm Serie based on its cutting-edge design that will represent a significant architectural addition to the Olympic Park, whilst also reflecting the company’s deep commitment to sustainability.

Tim Abbott, Managing Director, BMW Group UK comments: “As a major investor, manufacturer and employer in the UK, BMW Group is deeply proud to be an official partner for Britain’s first Olympic & Paralympic Games since 1948.” 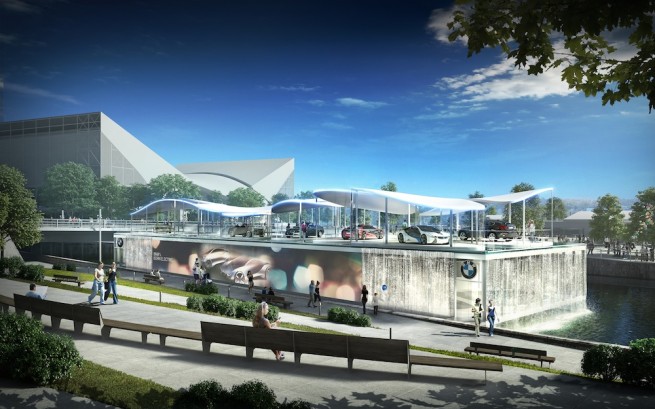 “This commitment to the UK is also reflected in our choice of a home-grown architecture practice to design our pavilion and we’re delighted that Serie’s final design reflects our commitment to sustainable thinking in such an innovative and eye-catching manner. We believe it provides a truly worthy addition to the Olympic Park”.

About the BMW pavilion

BMW’s pavilion, which has a floor space of 800m2, will be built on an elevated site above the Waterworks River, situated between the Olympic Stadium and the Aquatics Centre. Serie’s innovative design will use river water to provide a sustainable source of cooling for the building before returning this filtered water to the river via an eye-catching ‘water curtain’ feature.

Every element of the BMW pavilion has been designed to reflect the company’s heritage in environmental innovation. The two-story superstructure will be built of steel with high recycled content. Use of carbon-intensive materials such as concrete has also been minimised. 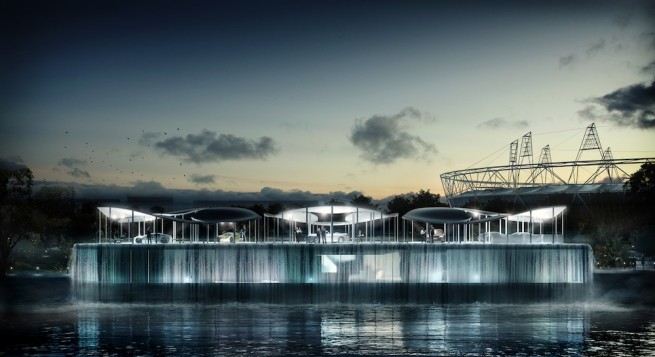 Serie co-founder and principal architect Christopher Lee comments: “The design takes the idea of the pavilion in the park – the Victorian bandstand – but instead of one pavilion we envision nine pavilions clustered together to form a family.”

The top floor will house a number of individual standalone pavilions, which will be used to highlight BMW’s latest vehicle innovations.

The lower floor will house a range of interactive visitor exhibits, articulating BMW’s vision for sustainable mobility and support for Team GB and ParalympicsGB athletes including Rebecca Adlington, Tom Daley, Louis Smith and David Weir through the BMW London 2012 Performance Team programme. Over 8,000 visitors are expected to visit the BMW pavilion each day during the Olympic & Paralympic Games.

As Official Automotive Partner to London 2012 and a tier one sponsor, BMW Group will provide a fleet of around 4,000 vehicles to transport athletes and officials during the Games. This vehicle fleet will combine sustainable technologies including electric, hybrid and low-emissions diesel technologies to meet LOCOG’s challenging emissions target of 120g/km CO2 across the fleet.

BMW Group has also been ranked as the world’s most sustainable automobile company in the Dow Jones Sustainability Index for the last seven consecutive years and is the only car manufacturer to have featured in these rankings every year since their launch.

BMW will provide 4,000 low emission diesel, hybrid and electric cars as well as motor cycles and bicycles to the London Organising Committee of the Olympic and Paralympic Games (LOCOG) in support of the Games. These will principally be used as shuttles for athletes, officials, media, employees of the LOCOG, representatives of the national Olympic committees, the international sporting bodies of the IOC and sponsors.

LOCOG set ambitious CO2 emission targets for its operational vehicle fleet at London 2012. BMW will provide vehicles that average less than the 120g CO2 per kilometre required by LOCOG.