Eisenmann Exhaust System For BMW 550i 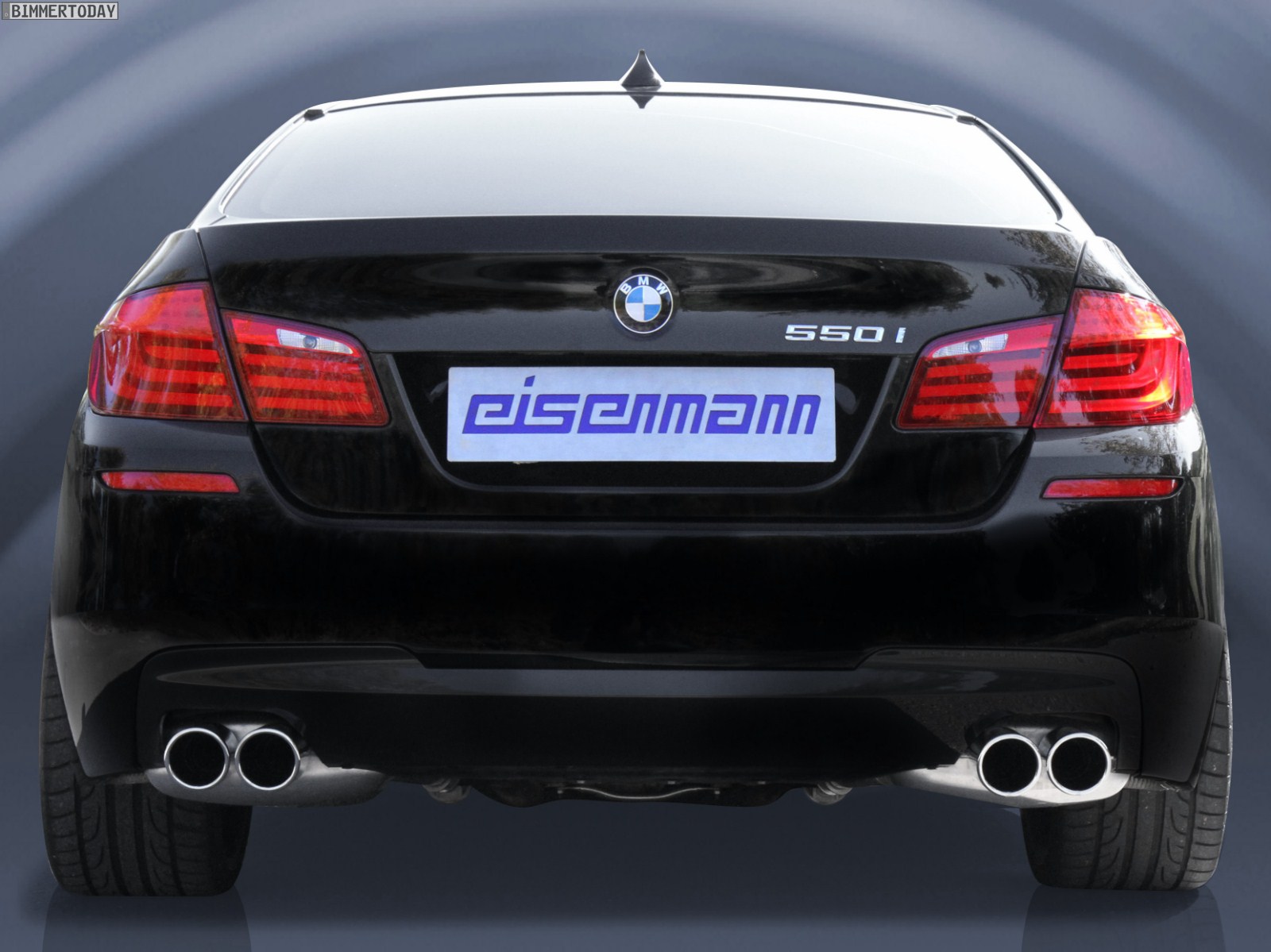 When BMW dropped the V8 naturally-aspirated engines in favor for the new twin-turbo powerplants, many BMW fans and owners complained about the lack of “real sound” coming from underneath the hood or through the exhaust pipes.

Currently, the F10 BMW 550 is powered by a V8 twin-turbo unit producing 407 horsepower and outputting a decent sound through the exhaust pipes. The remedy came shorter after the market launch of the new 5 Series when respectable tuners released their own exhaust systems. 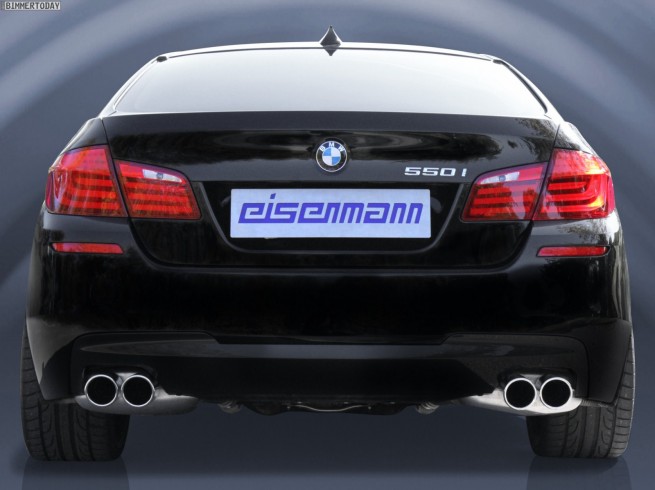 One of them is Eisenmann, a German company with a long history in developing aftermarket parts for BMW vehicles. Eisenmann offers two stainless steel exhaust pipes in 90 mm or 102 mm size.

As usual, Eisenmann offers both a sport version with EC-approval, as well as a louder and acoustically even more appealing road race version without approval.

The Sport version with two tailpipes sells for 1487.50 euros, while the four tailpipes version costs 1606.50 euros.

A visual and acoustic impression of the race version exhaust system is provided through the following video from Iron Man USA.