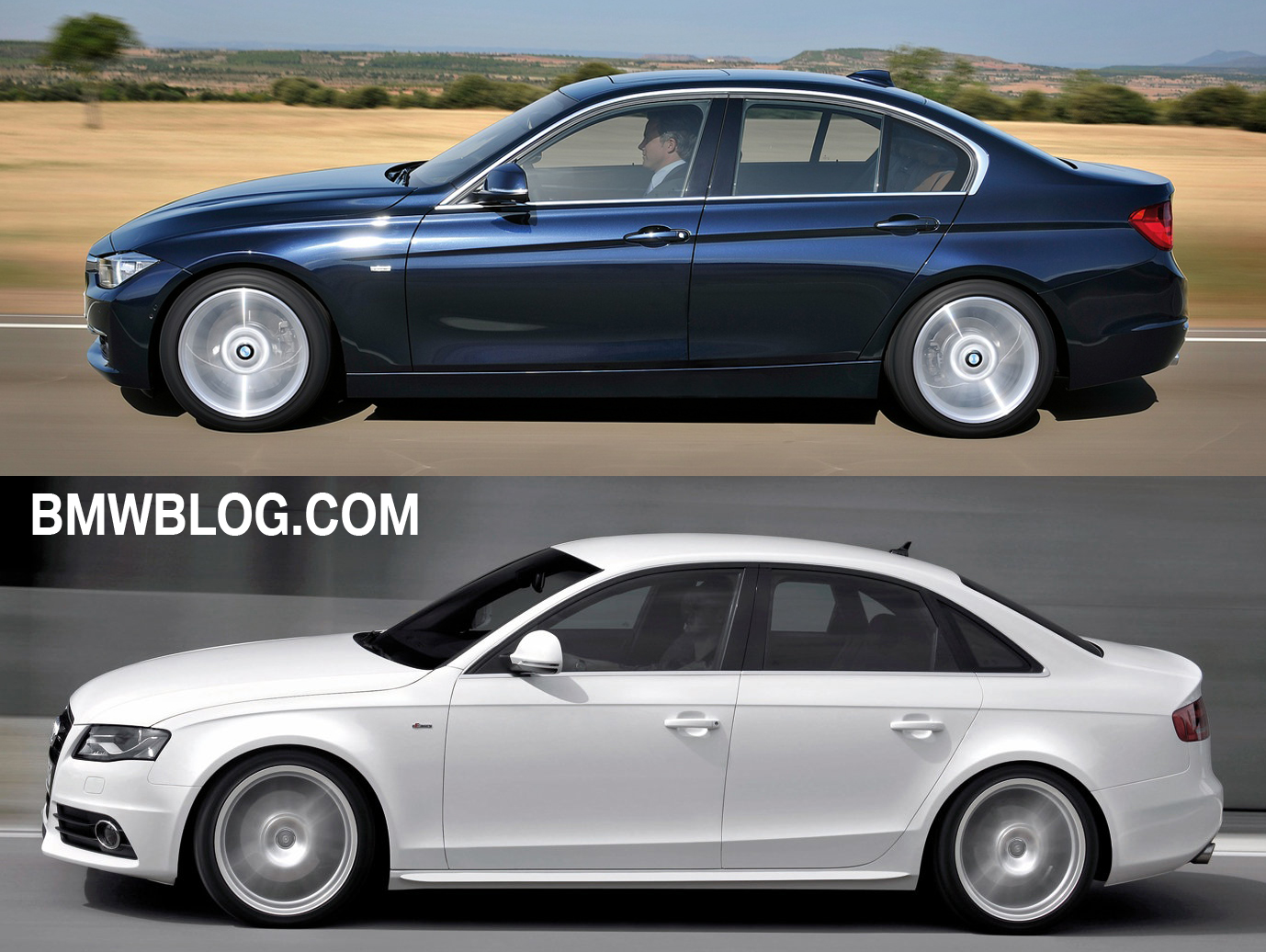 A regular feature here at BMWBLOG is the comparison of BMW models against their competitors and today, we decided to create a head-to-head photo comparison of the new 2012 BMW 3 Series and the Audi A4.

First off, we would like to point out that the Audi A4 is a two-year old model, with the fully refreshed A4 scheduled to appear in 2015.

The A4’s design stands out with the massive grille now featured on all modern Audis. The grille is matched with angular headlamps and the flashy LED eyebrow. The front diffuser gives the car a combination of aggressive and elegant look.

On the sides, the A4 misses on the opportunity to create some sporty “character lines” and it keeps the bland shapes running across from front to back. At the rear, full LED taillights surround a less-imposing trunk lid.

Overall, the exterior design of the A4 showcases muscular proportions with short overhangs and a beautiful arching roof. 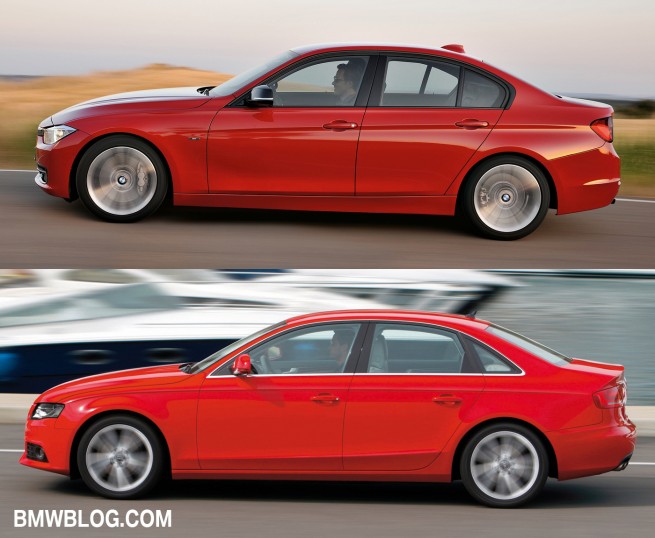 The A4’s interior is all-new and resembles the larger A6 sedan and Q7 sport-utility. Inside, the Audi A4 sines with its high-quality design and materials. The design is beautifully modern and wonderfully constructed. Controls are bunched in the center stack with the MMI knob controlling most functions via the LCD screen on the dash. There are also dedicated switches for many functions on the center console.

For a detailed design analysis of the new 3 Series, please see the following article.

Click on the photo gallery below for high-res comparison shots. 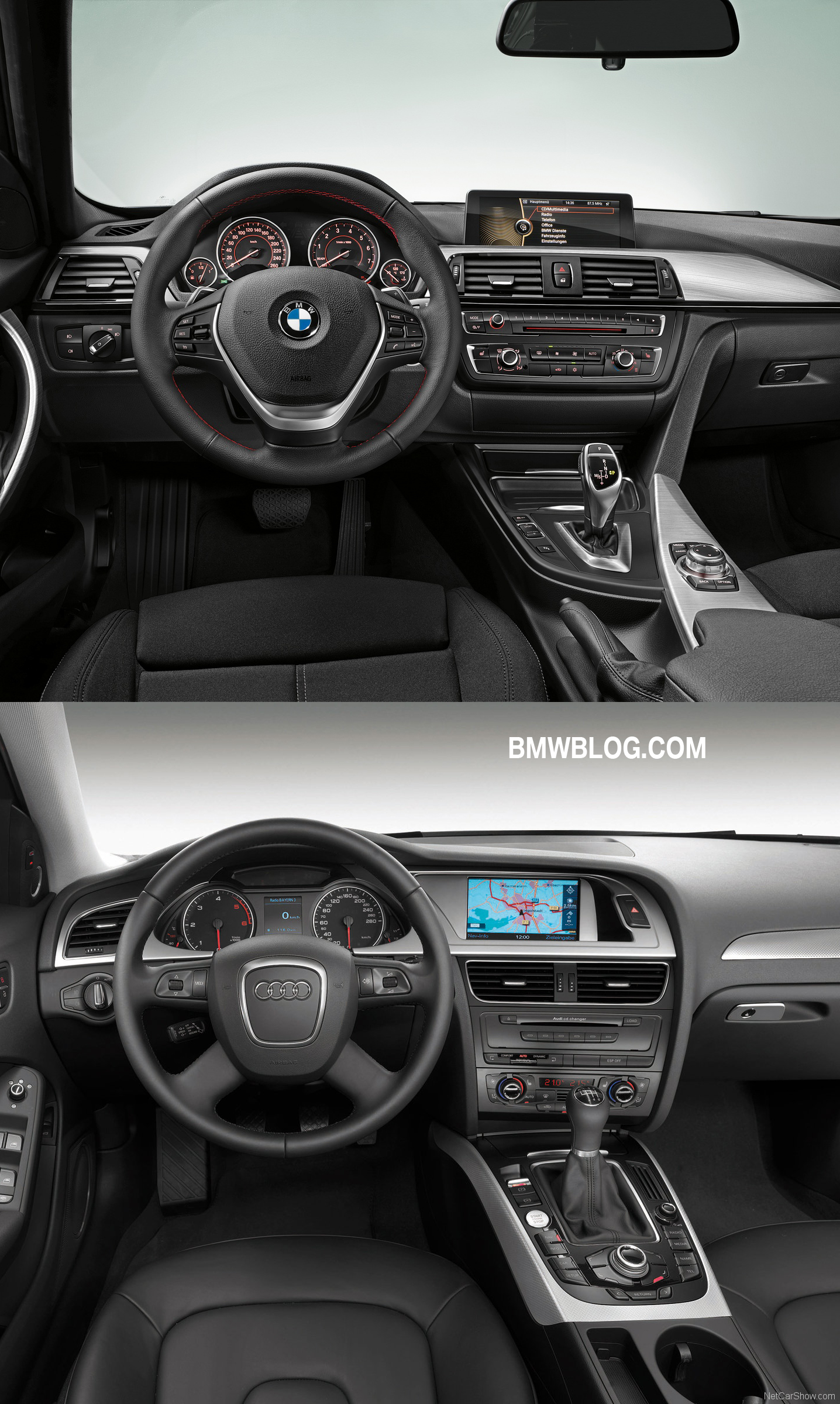 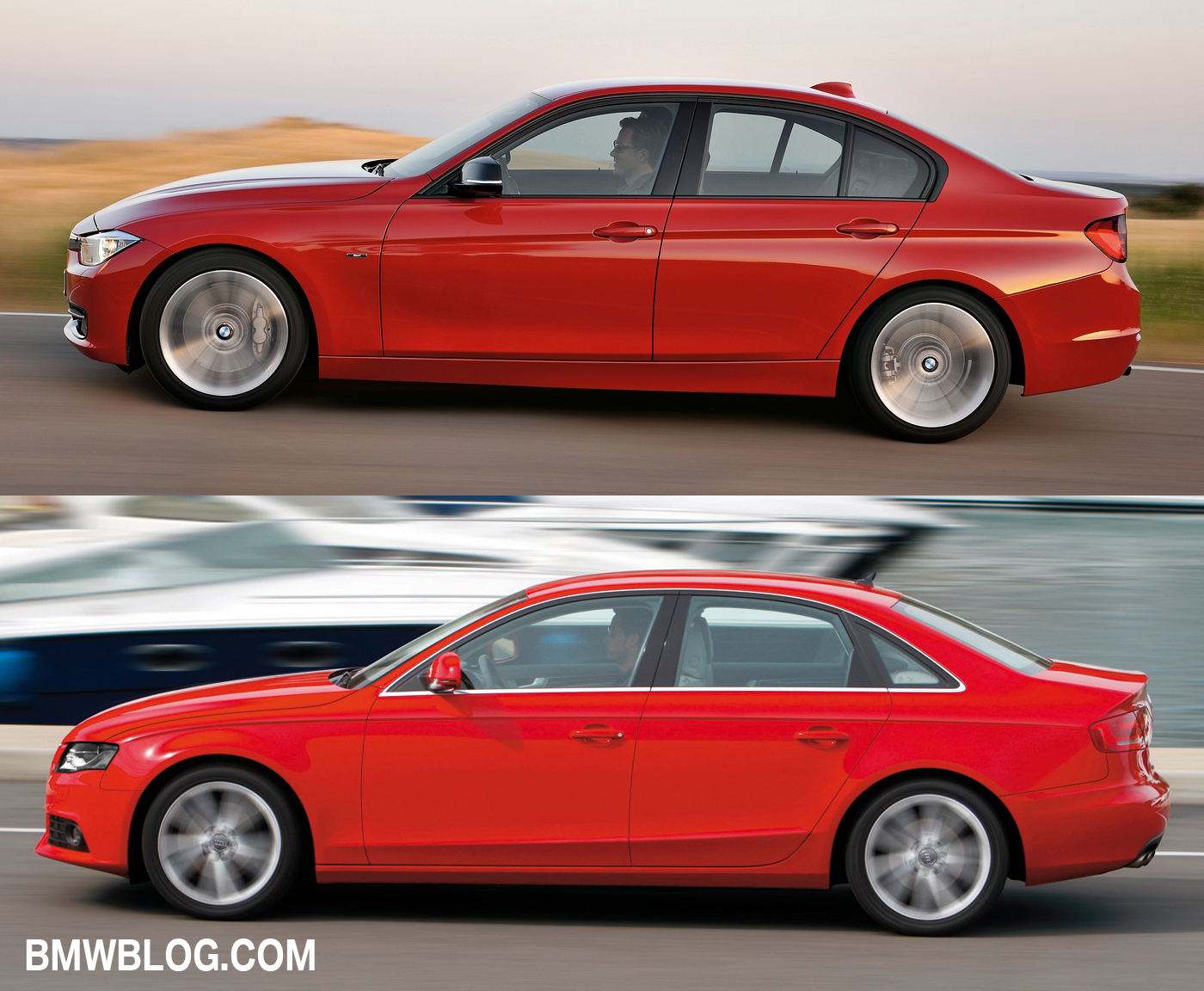