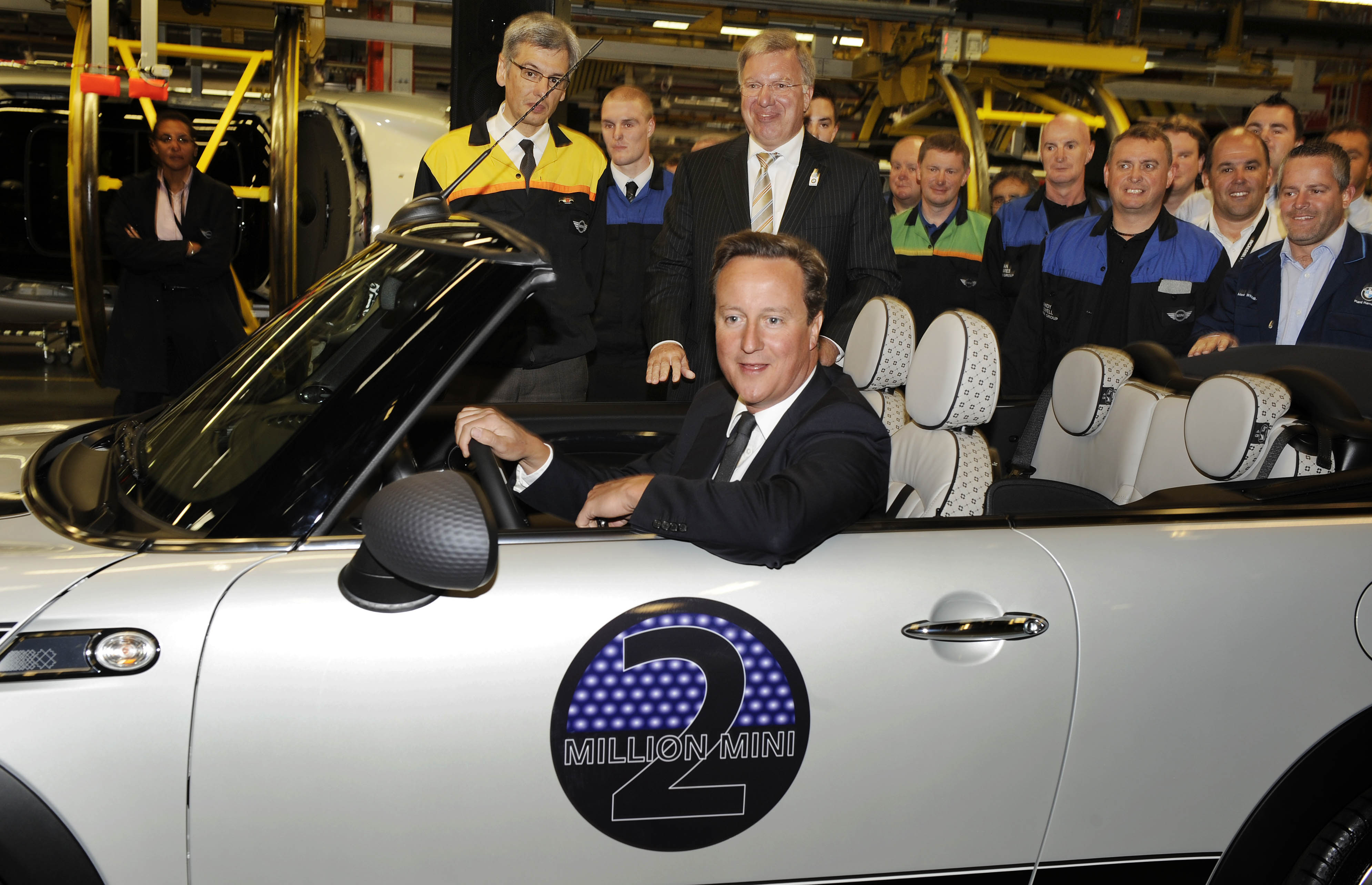 Today, ten years after the start of MINI production in Oxford, British Prime Minister David Cameron drove the two-millionth MINI out of the plant. The car is a MINI Convertible with special paintwork and extras.

Frank-Peter Arndt, member of the Board of Management of BMW AG, responsible for Production, said in Oxford: “Production of the two millionth MINI comes on the back of strong demand worldwide. Our recent announcement of an additional £500 million investment in our UK MINI production facilities demonstrates the important role that Oxford plays in our global production network. The most essential factors in the success of MINI are the skills, passion and dedication of our associates.” 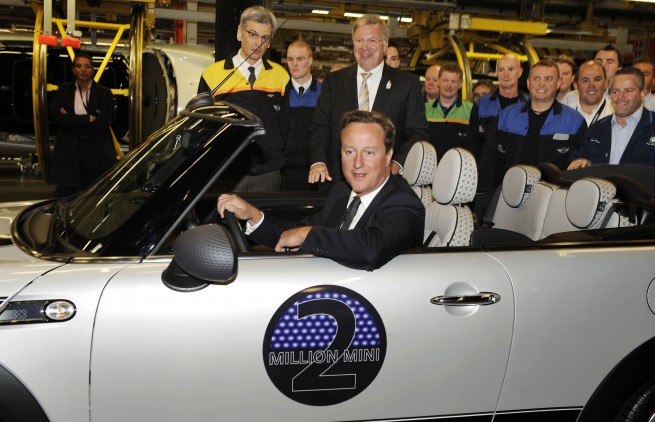 On the occasion of the British Prime Minister’s visit to Plant Oxford, Arndt outlined the company’s plans for its UK operations. The majority of the investment will be used for new production facilities for the next-generation MINI, and will play an important part in securing the long-term future of Plant Oxford and safeguarding jobs at the pressings plant in Swindon and the company’s engine plant in Hams Hall near Birmingham. This takes the BMW Group’s investment across all its UK operations to more than 1.5 billion pounds since 2000.

Cameron declared: “It’s a real privilege to drive this true British icon off the production line today. The 2 millionth MINI to be made here in Oxford is a fantastic symbol of the UK’s strength in the global automotive industry and a great British manufacturing success story. MINI is not just a symbol of our industrial past, but also the great industrial future we want to build.”

The special-anniversary MINI is the prize in a global Facebook campaign “2 Million MINI – 2 Million Faces” which will compile the faces of two million MINI fans on a special Facebook “wall”. The winner will be chosen at random when the contest ends on 30 September.

Jürgen Hedrich, head of Plant Oxford said: “This marks a tremendous milestone for Plant Oxford and its employees. Oxford has been the heart of MINI production for ten years. Our employees are proud to be part of this brand’s success.” The premium small car is delivered to customers in more than 90 countries across the globe.

Producing 216,302 vehicles in 2010 and exporting to more than 90 countries across the globe, MINI was the third-largest vehicle manufacturer in the UK, accounting for 17 per cent of national automotive production. Plant Oxford currently builds four MINI models: the MINI, MINI Convertible, MINI Clubman and the new MINI Coupé. A fifth model, the MINI Roadster, will be added at the end of the year.

The success of the MINI brand can be seen in the positive developments at the Plant Oxford since 2001. Back then, a single shift of around 2,400 employees produced about 300 cars a day. Today, a team of more than 3,700 works two shifts, five days a week, and builds up to 900 cars a day. Over the past ten years, the maximum capacity of the plant has increased from 100,000 units per year to more than 200,000 units. Over the medium term, the plant will reach an annual capacity of 260,000 units.