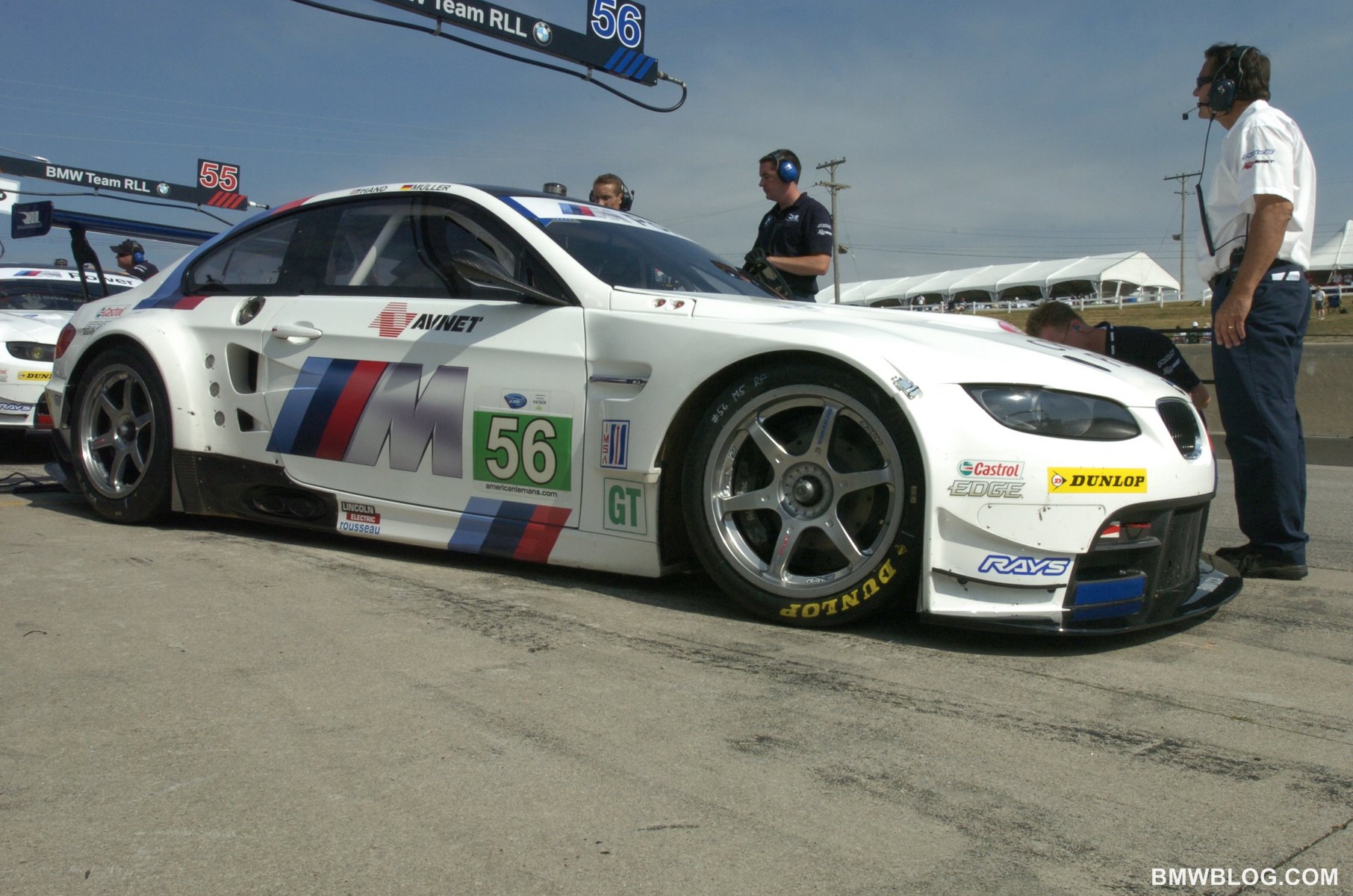 Despite a stop-and-go penalty for contact served by each BMW Team RLL M3 GT during today’s American Le Mans Series Grand Prix of Mosport the team still finished the two-hour-and-forty-five-minute race third and fourth in the 14-car GT class to retain the lead in manufacturer, driver and team championship standings.

Starting from the class pole for a third consecutive time the No. 56 M3 GT of Joey Hand led the first 30 laps of the race with the No. 55 M3 GT of Bill Auberlen running third, less than three seconds behind. The races only caution period brought both M3s to the pits on lap 31 for fuel and tires, but a slow stop for the No. 56 crew put Hand out behind Auberlen and then a touch with a competitor exiting the pits brought Hand back to serve a stop-and-go penalty for “avoidable contact”. As Auberlen moved up to second, Hand fell back to eighth. 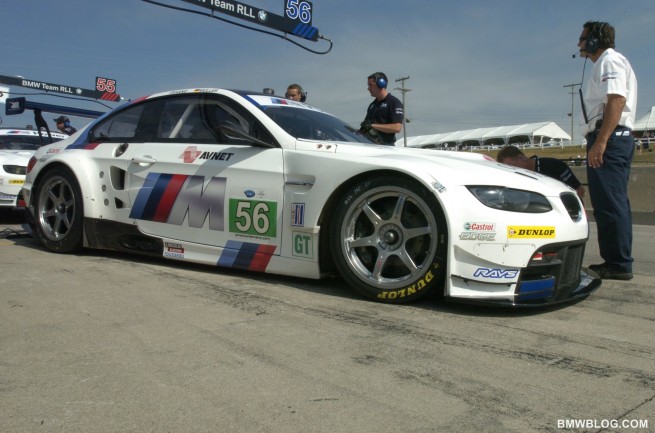 Auberlen held second through the fuel load and Hand moved up to seventh before both drivers pitted one hour later. Dirk Werner took over the No. 55 machine and moved into the lead just before the two-hour mark. Unfortunately, Werner made contact with a slower class car with 20 minutes remaining in the race and the officials called him to the pits for an “avoidable contact” stop-and-go penalty. He returned to the race losing two positions to finish third and score the second podium finish for the No. 55 M3 GT this season. 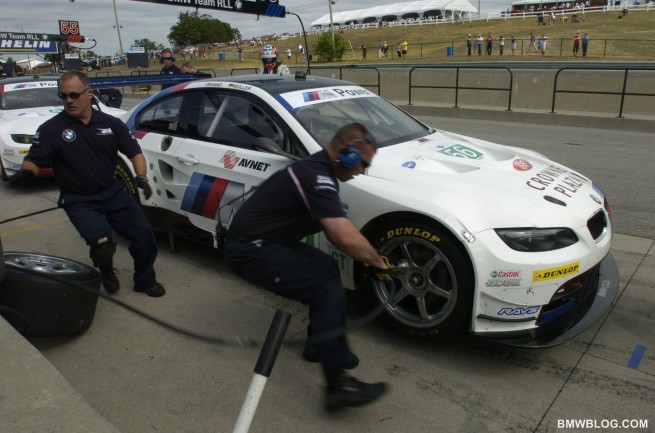 Dirk Muller took over for Hand, moving the No. 56 M3 GT as high as third before falling back to fourth in the closing stages of the race.

Round Five of the American Le Mans Series will be held at the Mid-Ohio Sports Car Course on August 6.