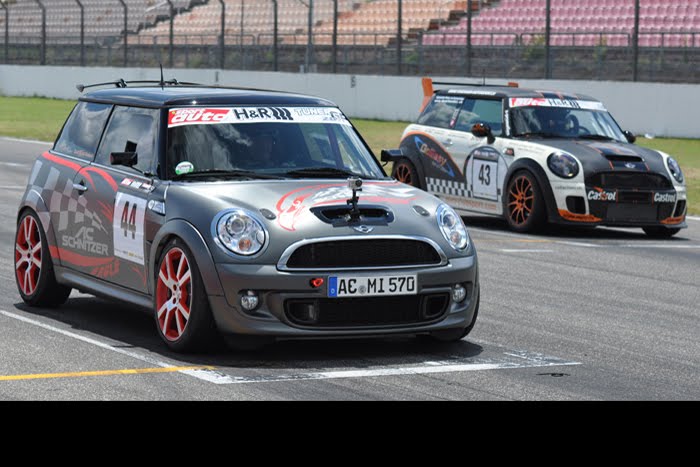 German tuner AC Schnitzer claims to have built the fastest MINI around. The AC Schnitzer Eagle is based on the MINI John Cooper Works (R56) and according to the German tuner, it runs the Hockenheim race track in just 1:13:341 minutes, faster than the Ferrari California, Mercedes-Benz CLK63 AMG, Porsche 911 Carrera S and BMW M3.

The Ac Schnitzer Eagle is powered by a 1.6 liter turbo engine with 256 horsepower. To increase power even further, a new exhaust system was fitted to the car.

The fastest MINI comes from Aachen: the AC Schnitzer Eagle

With a sensational lap time of 1:13.341 min., the new “AC Schnitzer Eagle” concept vehicle (based on John Cooper Works MINI) showed its competitors a clean pair of heels in a direct comparison around the Hockenheim Circuit. 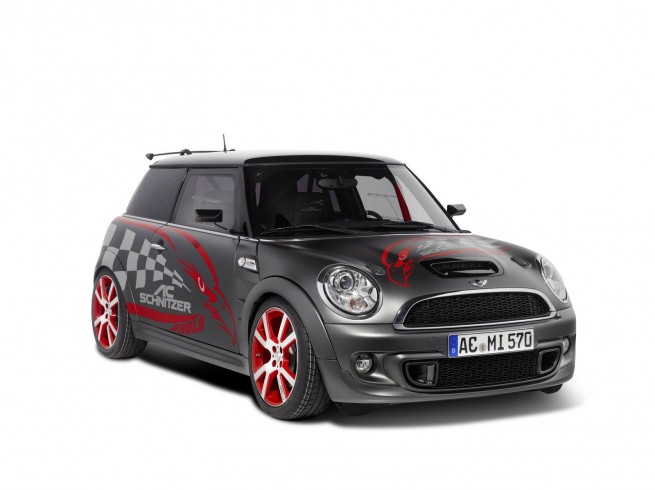 In vehicle testing, one of the standard bases for assessment is the lap time on the world-famous Grand Prix Circuit in Hockenheim. The 260 HP AC Schnitzer Eagle has muscled its way into the big boys’ league of thoroughbred sports cars with a lap time of 1:13.341 min.

In a direct comparison, the AC Schnitzer Eagle was able to leave its class rivals well behind. Only the very big names with a far more engine power on board, such as the X-Bow, M3 Kompressor, Mercedes AMG and Caterham were able to beat the “little rocket” AC Schnitzer Eagle based on the John Cooper Works MINI.

The successful principle behind the concept study (not for sale) is easy to explain: in the development of the AC Schnitzer Eagle, all areas of the vehicle were optimised by our technicians and engineers for “Efficient Performance”. 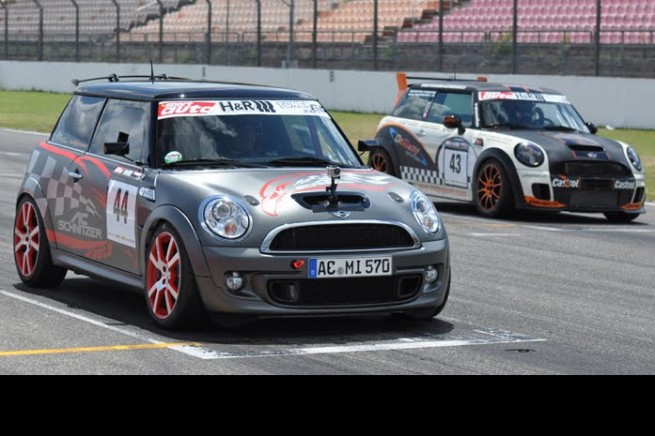 The power of the standard engine was increased from 155 kW/211 HP to 191 kW/260 HP and in parallel, the entire exhaust system was replaced. At the same time the vehicle weight was reduced by 80 kg, which means that the AC Schnitzer Eagle gains a perceptible bonus in terms of agility and driving pleasure. The height-adjustable racing suspension and AC Schnitzer alloys Mi2 in 18″ give the final touches both aesthetically and in driving dynamics.

The AC Schnitzer Eagle is a concept vehicle which was developed as a technology platform. Its value is € 62,000.00. 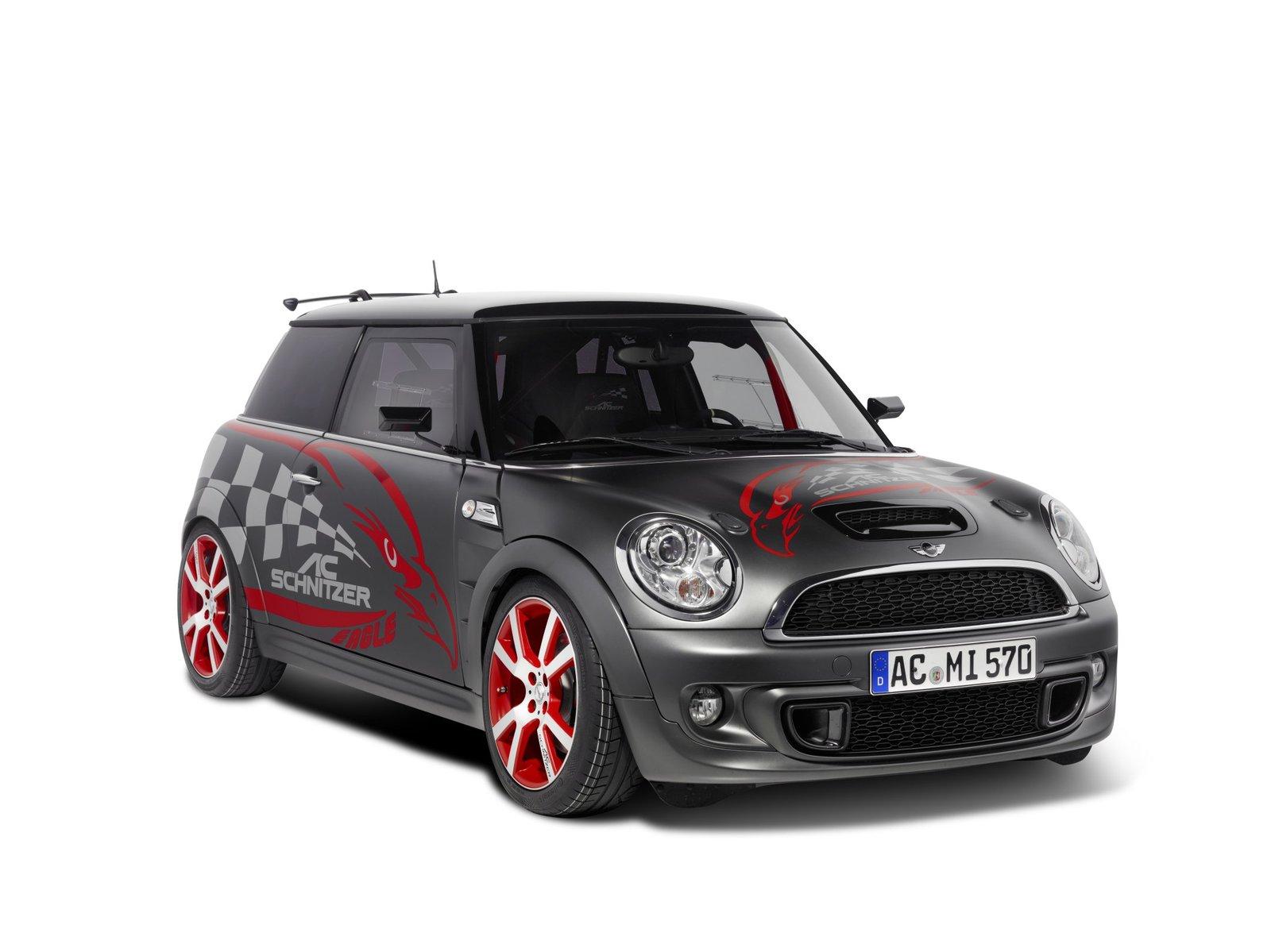 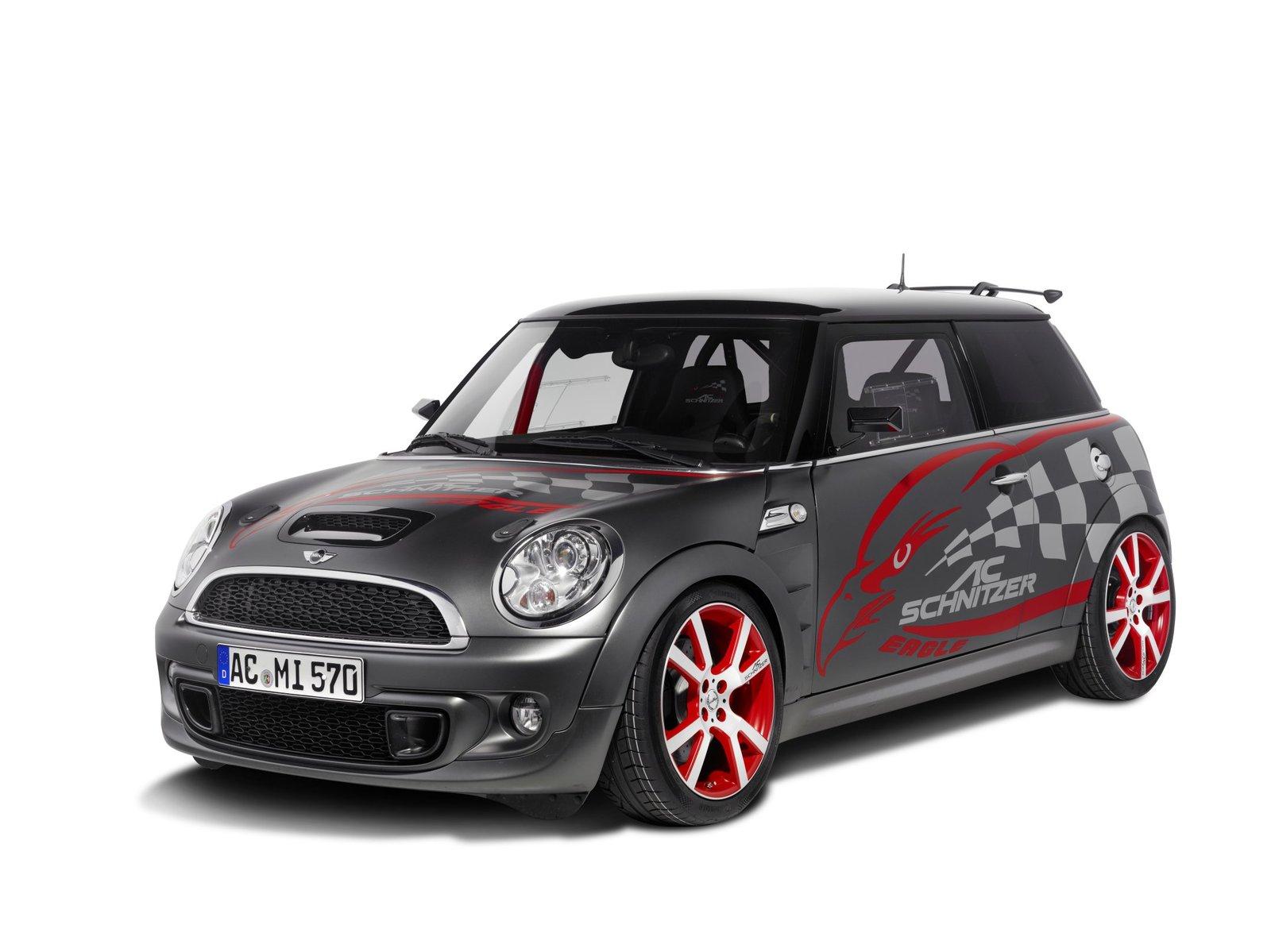 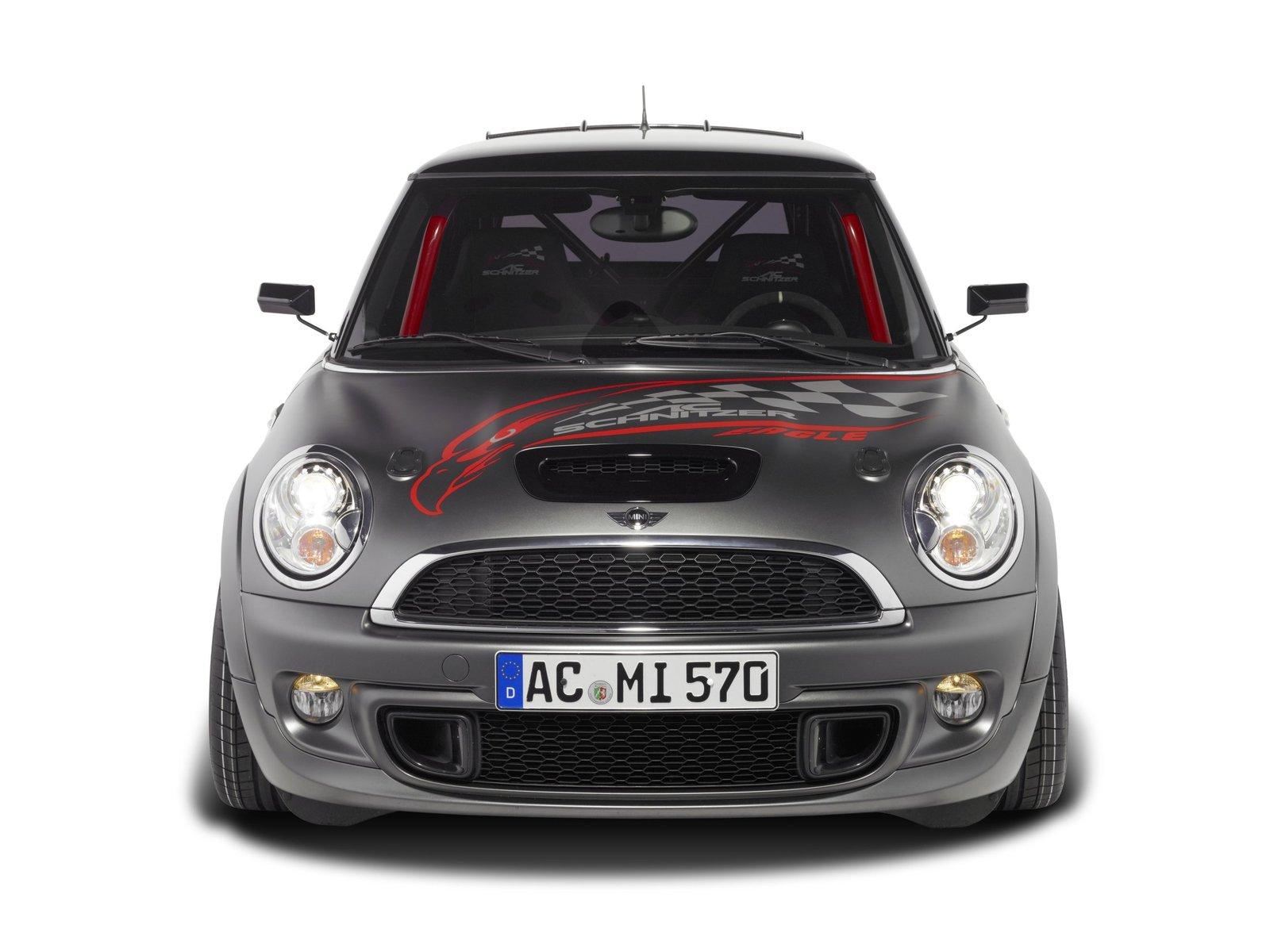 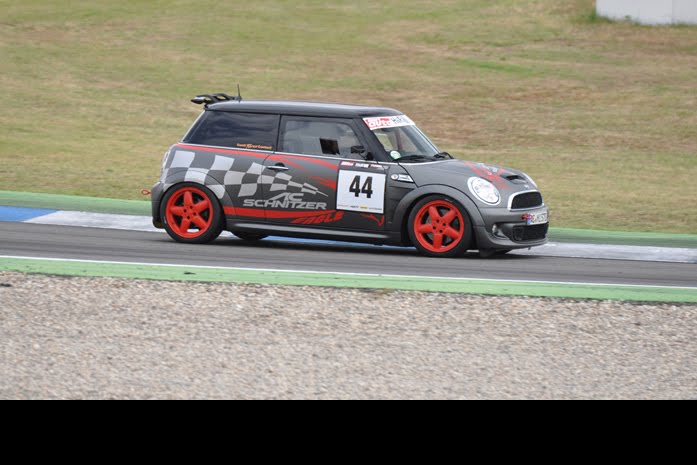 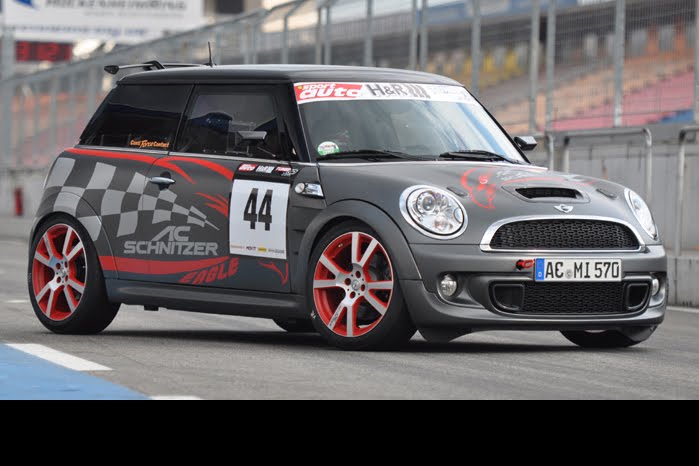 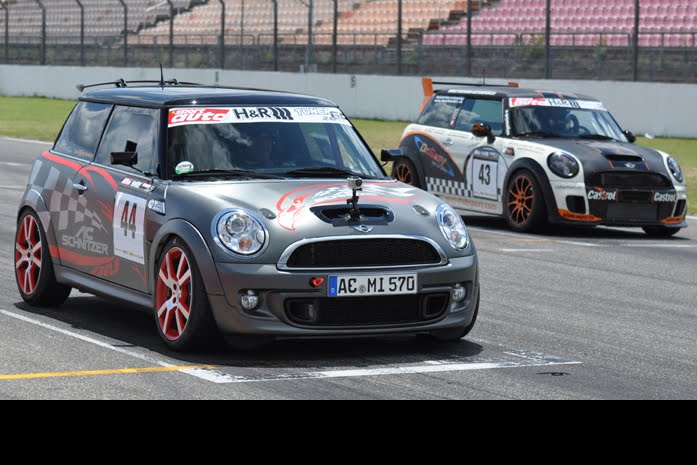 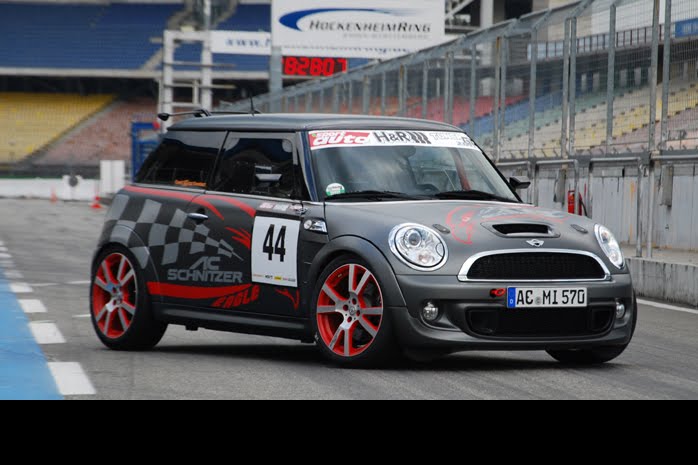 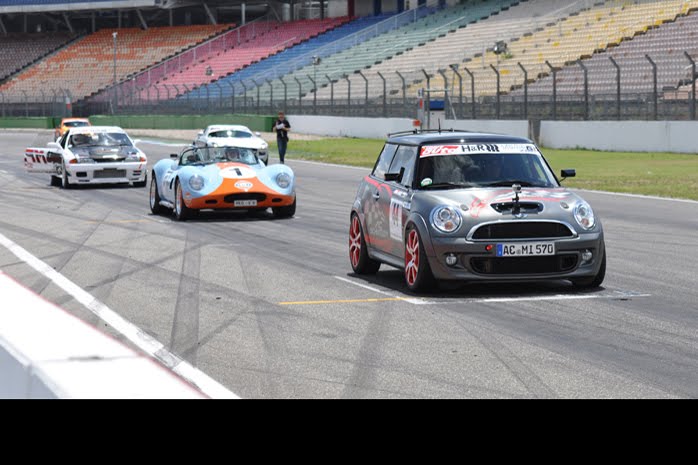 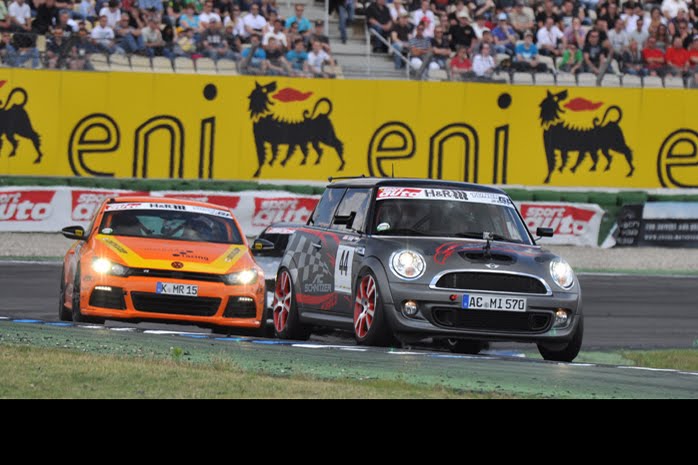