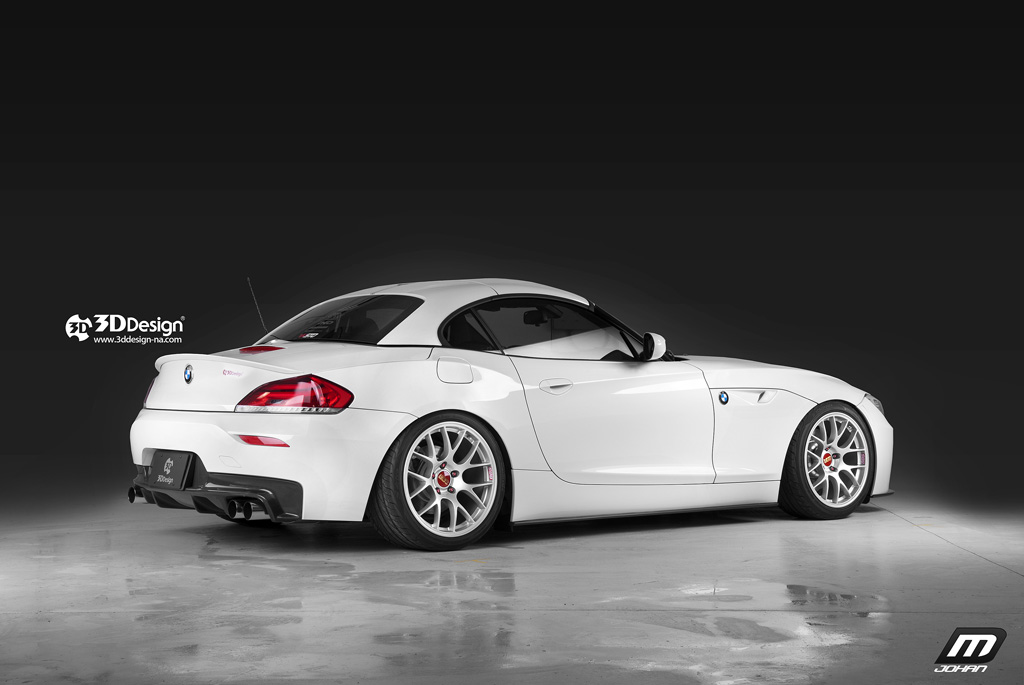 The fellows at WheelSTO and 3D Design introduce the E89 BMW Z4 edition for North America.

Press Release: News of Japan’s disaster reached nearly every human in a first world country within a day. The footage was horrifying to watch and the toll on human life and property was terrible, but even as Japan went through it’s dark moments that week there was positive mixed with the negative, hope mixed with the despair of a country living through a disaster of epic proportions.

Days and weeks after the Tsunami, two facts became very clear about the people of Japan- they would not give up easily, and they would do anything possible to restore the country as quickly as possible and return to normal life. 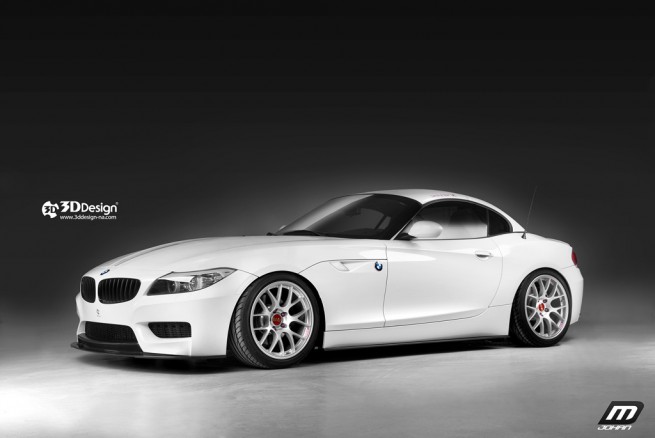 Speaking to my friends in Japan about those events, I heard one common theme: “let’s not dwell on the bad, but plan for the good. Let’s move forward, rebuild, and enjoy life”. The tuning companies of Japan seemed to express the same feelings and continue to push forward every day. 3D Deisgn’s newest E89 Z4 is a reflection of this positive philosophy. Plans to create the car were made shortly after the Japanese Tsunami with the intention of making a statement. That statement is simply scribed over the car’s driver’s side window: “Don’t give up, Tohoku”. 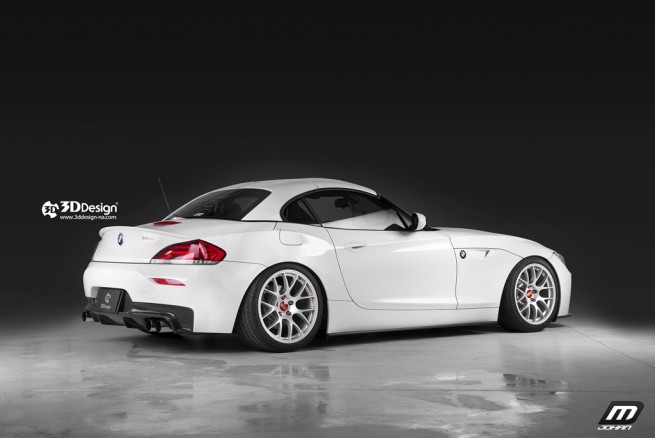 3D Design partnered with key players in the US and Germany to create their new car, with each company contributing to the car’s unique style. WSTO and IND worked together to design the car’s overall theme and carefully measure the car’s aggressive wheel fitment. BBS brought their amazing Motorsport wheels to the table directly from BMW’s M3 GT4 program in an 18×9.5 +25 size in the front and 18×10 +30 size in the rear. Yokohama supplied the 235/40/18 front and 255/35/18 rear Advan Sport tires.

KW helped with their Variant 3 suspension for a comfortable ride on the street and great handling when the roads begin to wind, while Dinan helped provide a camber plate that gave us that extra secret ingredient to make the BBS wheels fit perfectly. Eisenmann’s technicians hand-built the car’s exhaust system for a sound that matches it’s aggressive exterior, and of course 3D Design’s own aerodynamics package in full carbon fiber works perfectly with the car’s already perfect lines. The car will soon receive a brake upgrade from Brembo, a gauge package from Stack, and an upgraded turbo kit from ESS Tuning. 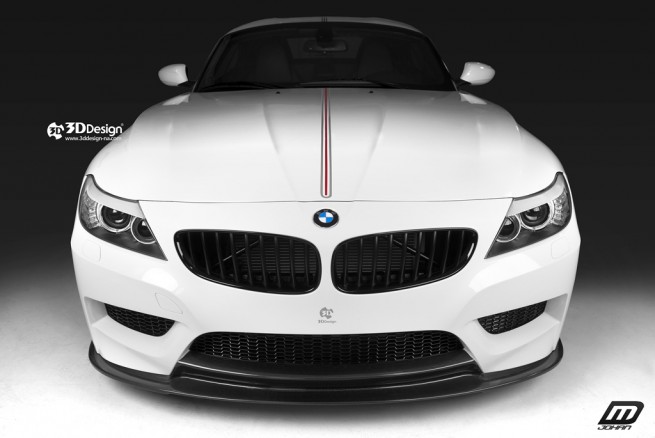 Enjoy the photos and stay tuned for more updates! 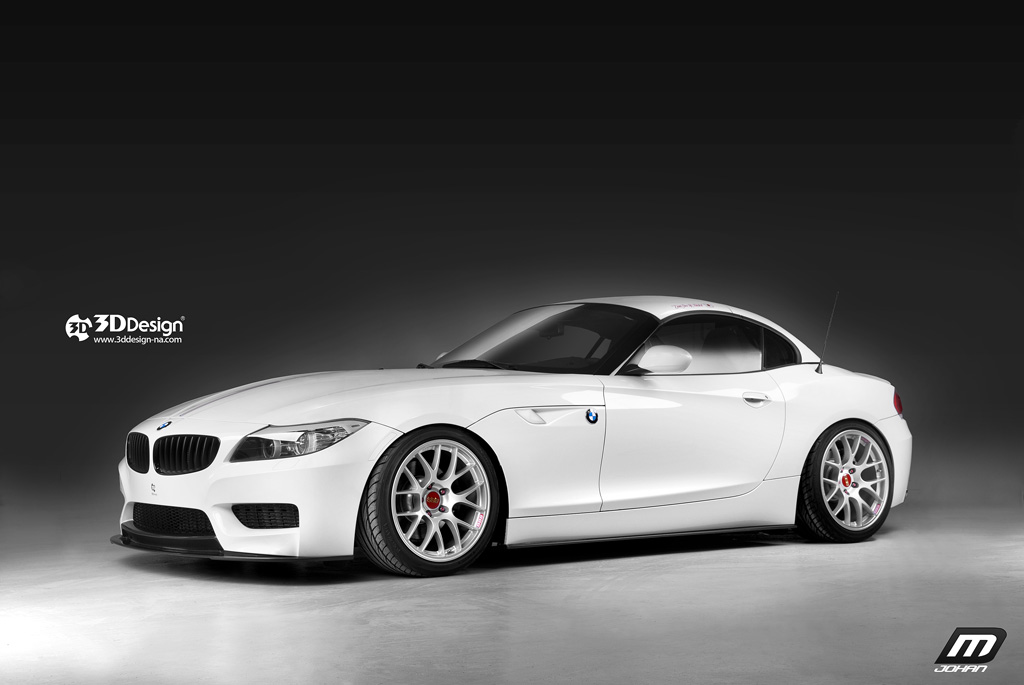 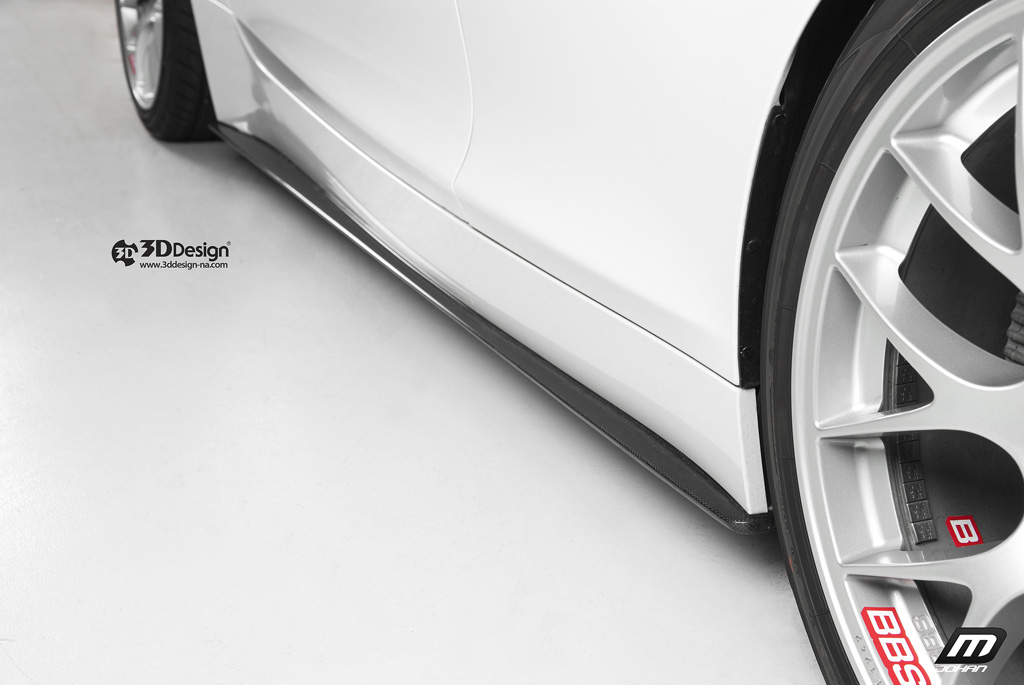 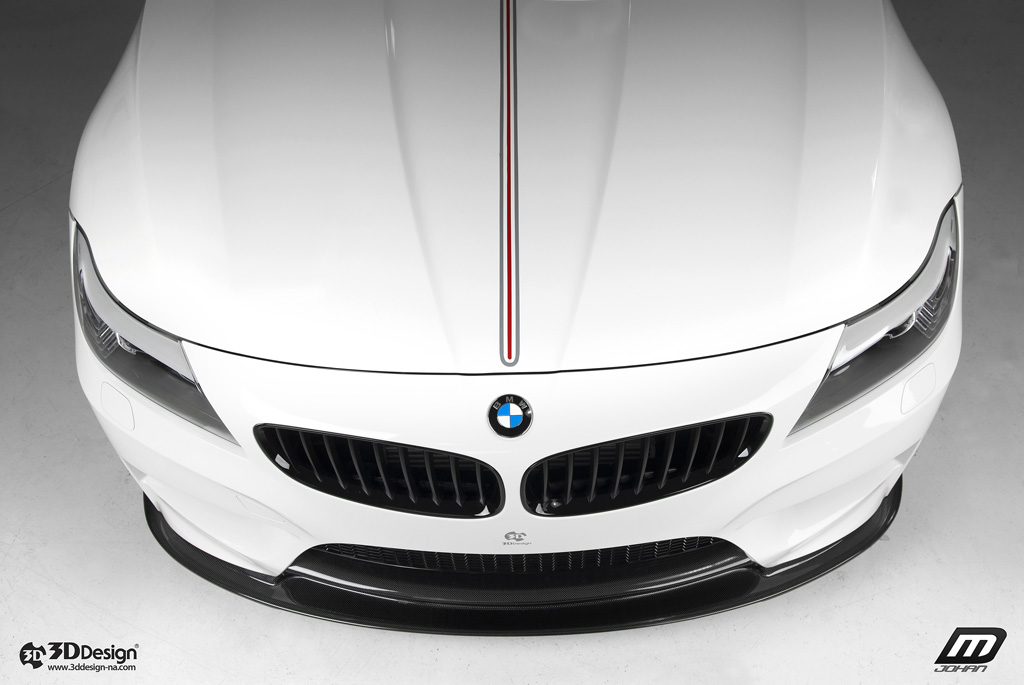 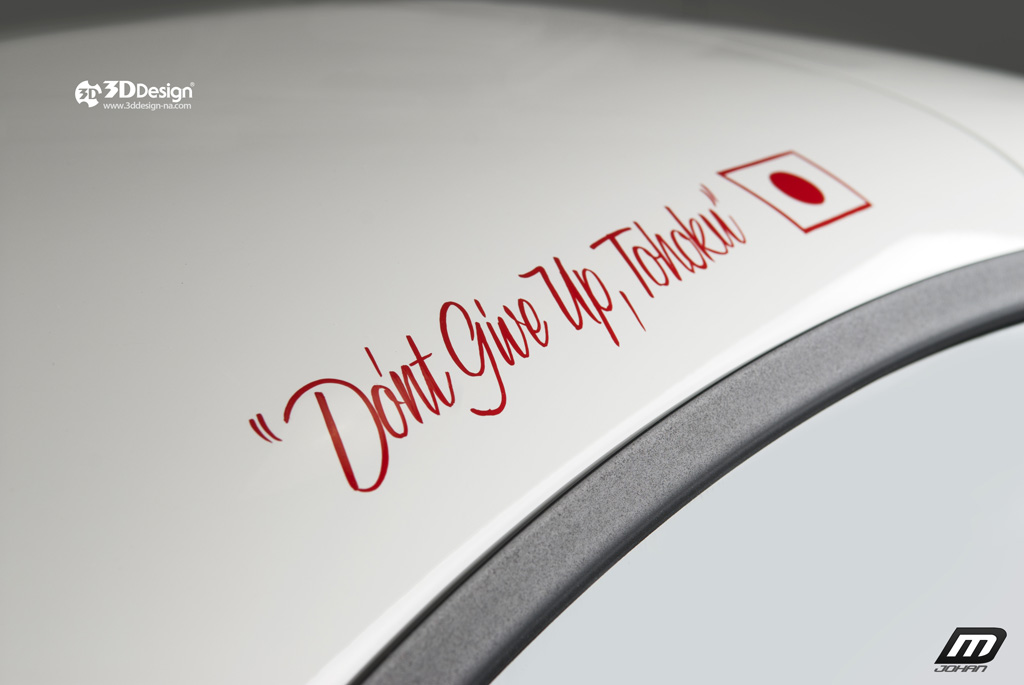 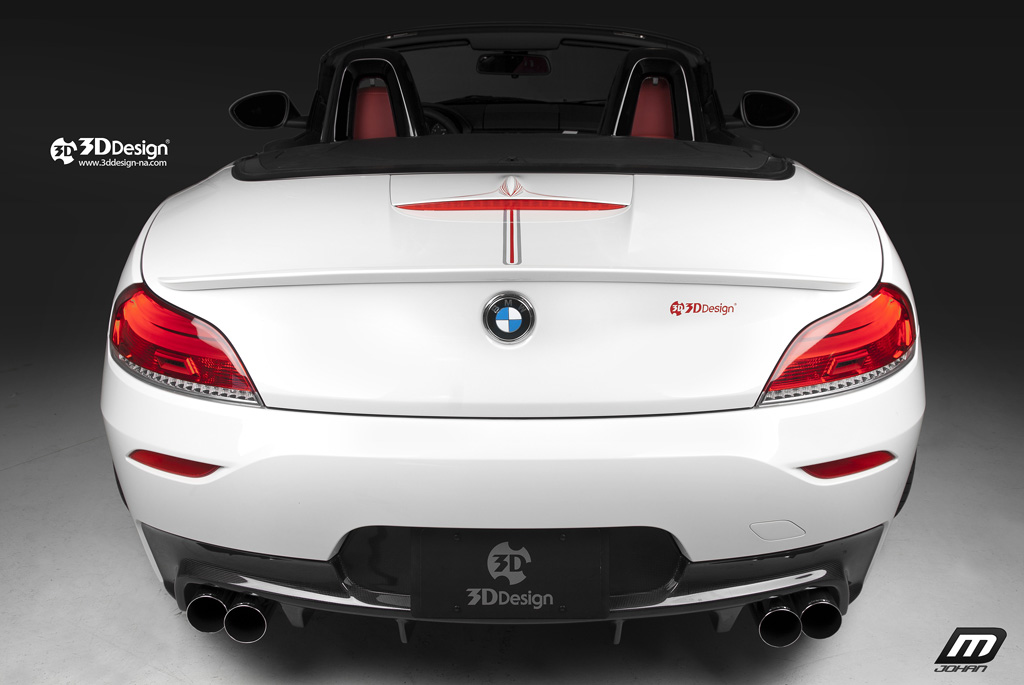 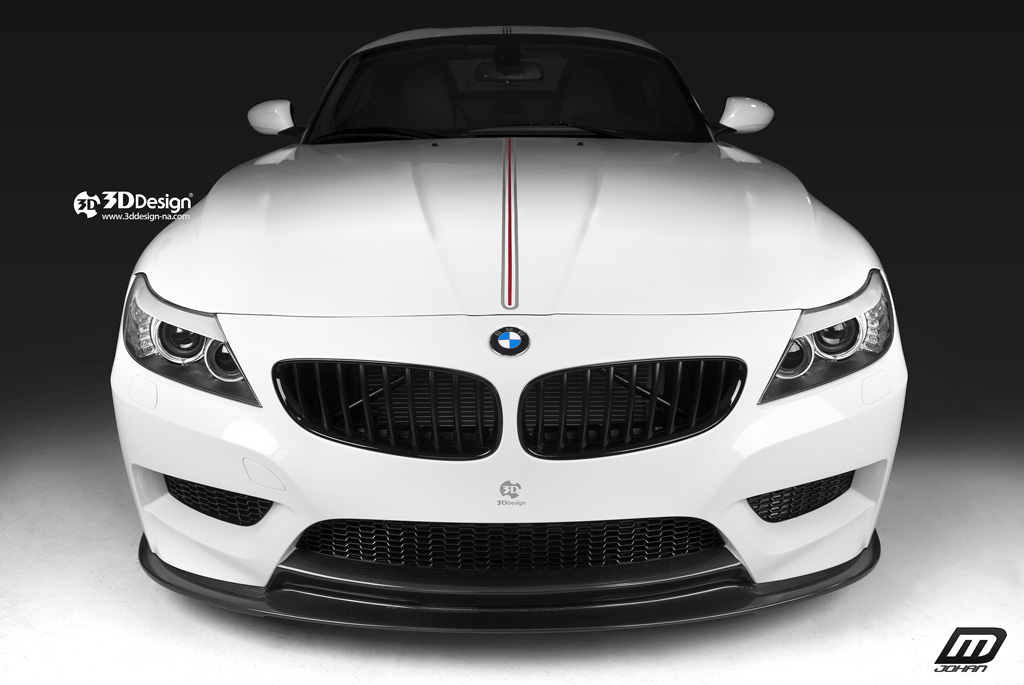