Back in September 2010, in an interview with Automotive News, Jim O’Donnell, CEO of BMW North America, has reiterated that BMW remains committed to its diesel strategy in the U.S. even if more hybrid vehicles will emerge in the near future. As far as future plans, BMW is hoping for 10%-20% diesel penetration in U.S and also the introduction of new diesel vehicles on the market. The one mentioned by Mr. O’Donnell was a diesel variant of the next generation 5 Series, but unfortunately, no other news along that line have been released since. 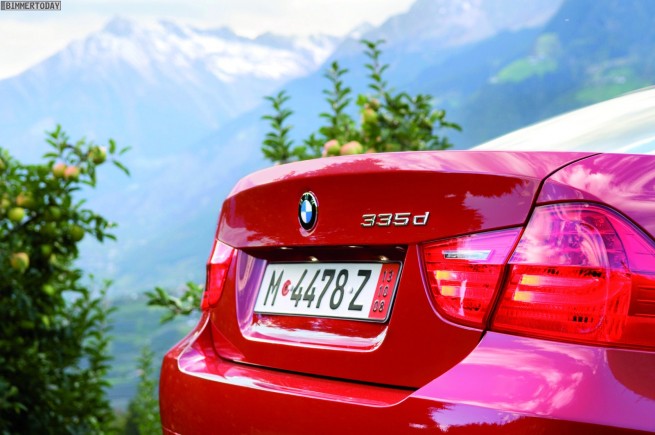 BMW has been out of the American diesel market for around 20 years now and they marked their return in 2008  with the twin-sequential-turbocharged 3.0 liter diesel engine for the newly refreshed 335. BMW’s first 50-state-legal diesel delivers 265 hp at 4220 rpm, and an all too fun 425 lb-ft of torque between 1750 and 2250 rpm. Driving through a six-speed automatic transmission, this engine will propel the 335d from 0 to 60 mph in 6.0 sec while delivering 23 mpg city and 36 mpg on the highway.

During the tough recession last year, the $4,500 Eco-Credit has also helped boost the sales for the two diesel offerings with most of the dealers running out of 3 Series diesel sedans.