BMW announced today that production for the BMW 3 Series Sedan ends in October 2011. The only 3er diesel available in the U.S., the 335d, will also production in August.

BMW is preparing for the launch of the new F30 3 Series Sedan which goes on sale in Spring 2012. The new 3 Series is built on a new modular platform and design wise, it returns to the “slimmer look”, dynamic lines with squat proportions and short rear overhangs.

The typical proportions of a 3 Series remain, but the exterior design is more toned and muscular, bringing some the aggressiveness and design lines seen in the recent models, including the F10 5 Series. An expected move seen across the new BMW design language. 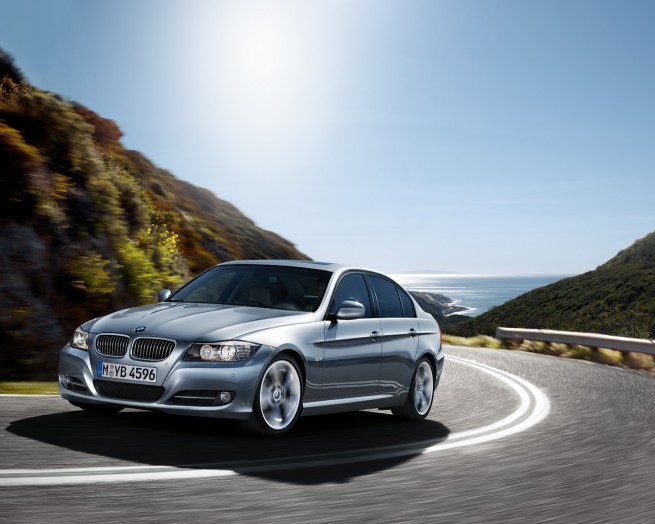 BMW is getting back to basics with clean uncluttered shapes, plus lower and wider kidney grille openings. The sedan model has a longer wheelbase, at least 1.5″ longer than the current generation. The F30 will sport a “pushing nose”, somewhat similar to the E89 Z4 front-end.

BMW will live under the umbrella of EfficientDynamics, and technologies like aerodynamically designed wheels, solar roof panel for extra energy efficiency in the use of interior controls, brake energy regeneration , stop-start technology, and pre-heating technology for the engine, gearbox and differential, will be incorporated into the new model.

The all-star BMW M3 will continue to sport the aggressive and super sporty bodystyle we have seen in the past. The new M3 will also feature a twin-turbo six-cylinder engine producing somewhere around 450 horsepower.