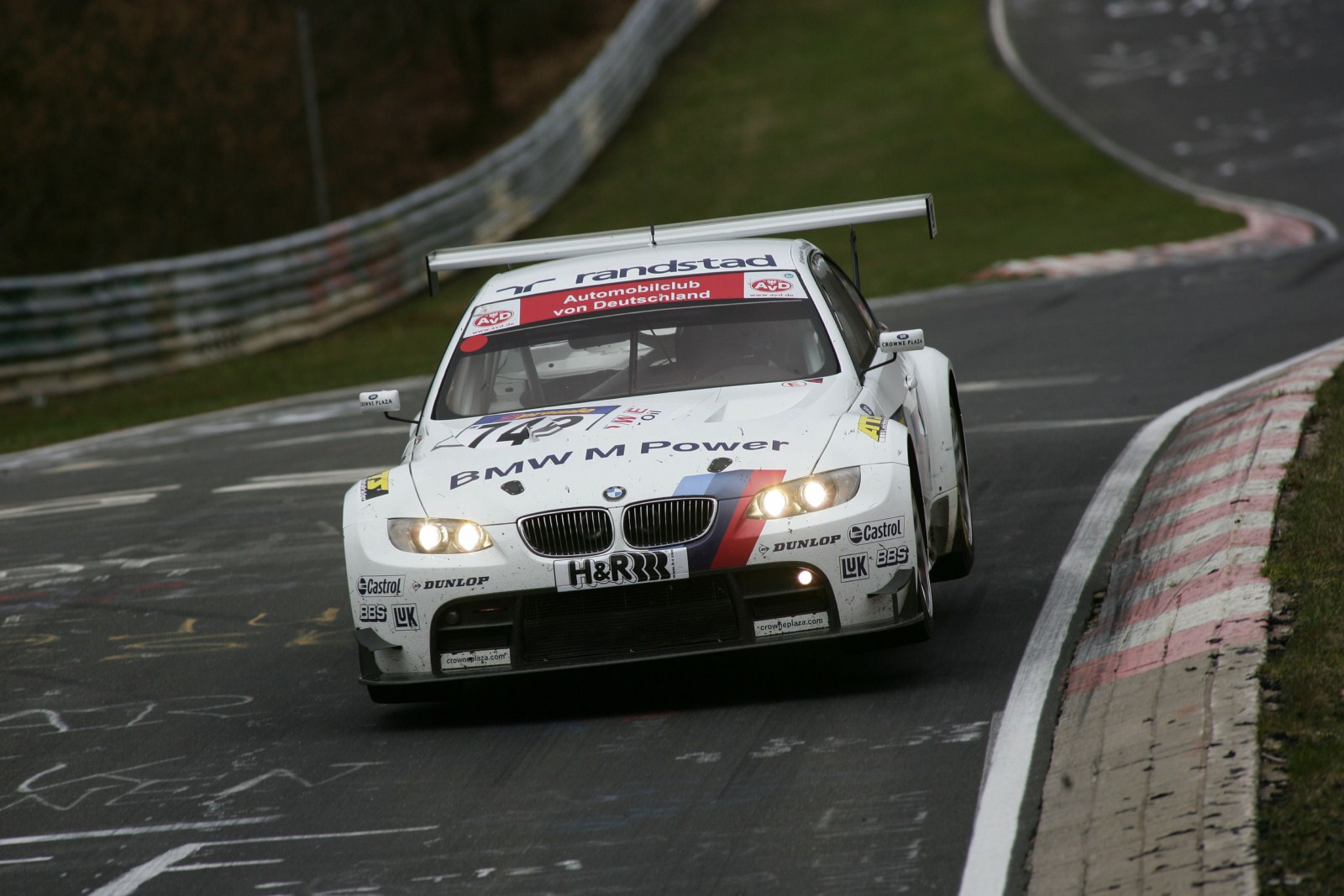 The first race appearance at the Nürburgring-Nordschleife (DE) in 2011 turned out to be a great success for Team BMW Motorsport: The no. 42 BMW M3 GT with Jörg Müller (DE), Augusto Farfus (BR) and Uwe Alzen (DE) at the wheel crossed the line as the winner in the first round of the VLN Endurance Championship. 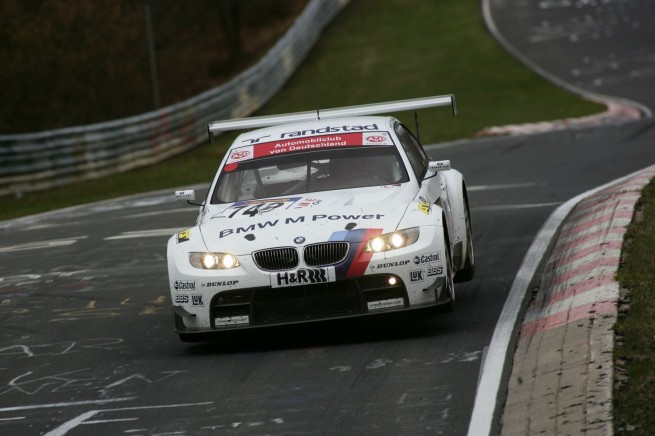 Photo from 2010 raceWith sunny conditions and temperatures around 20 degrees Celsius, the VLN fans experienced a gripping race, which saw the front-runners racing closely together for most of the time. Having started from first (no. 43) and second (no. 42) on the grid, the two BMW M3 GT cars were involved in exciting duels and managed to complete the race without any technical problems, whereas some of their major rivals dropped back due to several incidents. The lead had changed several times, before final-stint drivers Jörg Müller and Dirk Müller were able to score the one-two result. For Alzen this is his tenth overall victory in the VLN, while it is a first for Jörg Müller and Farfus.

Charly Lamm (Team Manager): “Obviously this was a great start for us here at the Nordschleife. Our two BMW M3 GT cars ran flawlessly, and our Dunlop tyres worked perfectly. All six drivers did a great job as well. The key to success was that our cars were the only ones in the top group that managed to make it to the finish without suffering any problems.”

Jörg Müller (Car number 42): “There cannot be a better start to the season than this. Our car was absolutely reliable and we were able to go at a consistent pace. We all know BMW has a lot of fans at this track. It’s great we could give something back to them with this success. This has been a very good start.”

Augusto Farfus (Car number 42): “It’s always fantastic to return to the Nürburgring-Nordschleife, and if you go back home with a win from this place it makes it even better. For us it was important to gain further experience. At this track every lap is important for improving.”

Uwe Alzen (Car number 42): “The start was a very close affair, and I had an interesting fight with a Porsche. Then I was able to find a great rhythm and didn’t experience any problems whatsoever. It feels great to be back at the Nordschleife. My tenth victory in the VLN is a nice record.”

Andy Priaulx (Car number 43): “I had a clean start from pole which went without any special incidents. Leading the field at the Nordschleife, with no other car running in front of me was great fun. However, after a few laps this changes rapidly, and you find yourself in the middle of the traffic. The pace of our car was good, and we can definitely build on this success.”

Dirk Müller (Car number 43): “We are definitely on a roll these days. In Sebring we were able to score a one-two, now we did the same at the Nürburgring. Of course we know we shouldn’t overestimate this success, but still we have every reason to be happy.”

Dirk Werner (Car number 43): “It takes a few laps until you are used to the heavy traffic at the Nordschleife again. This is always a big challenge – but one I really enjoy. This strong result shows we are working in the right direction.”