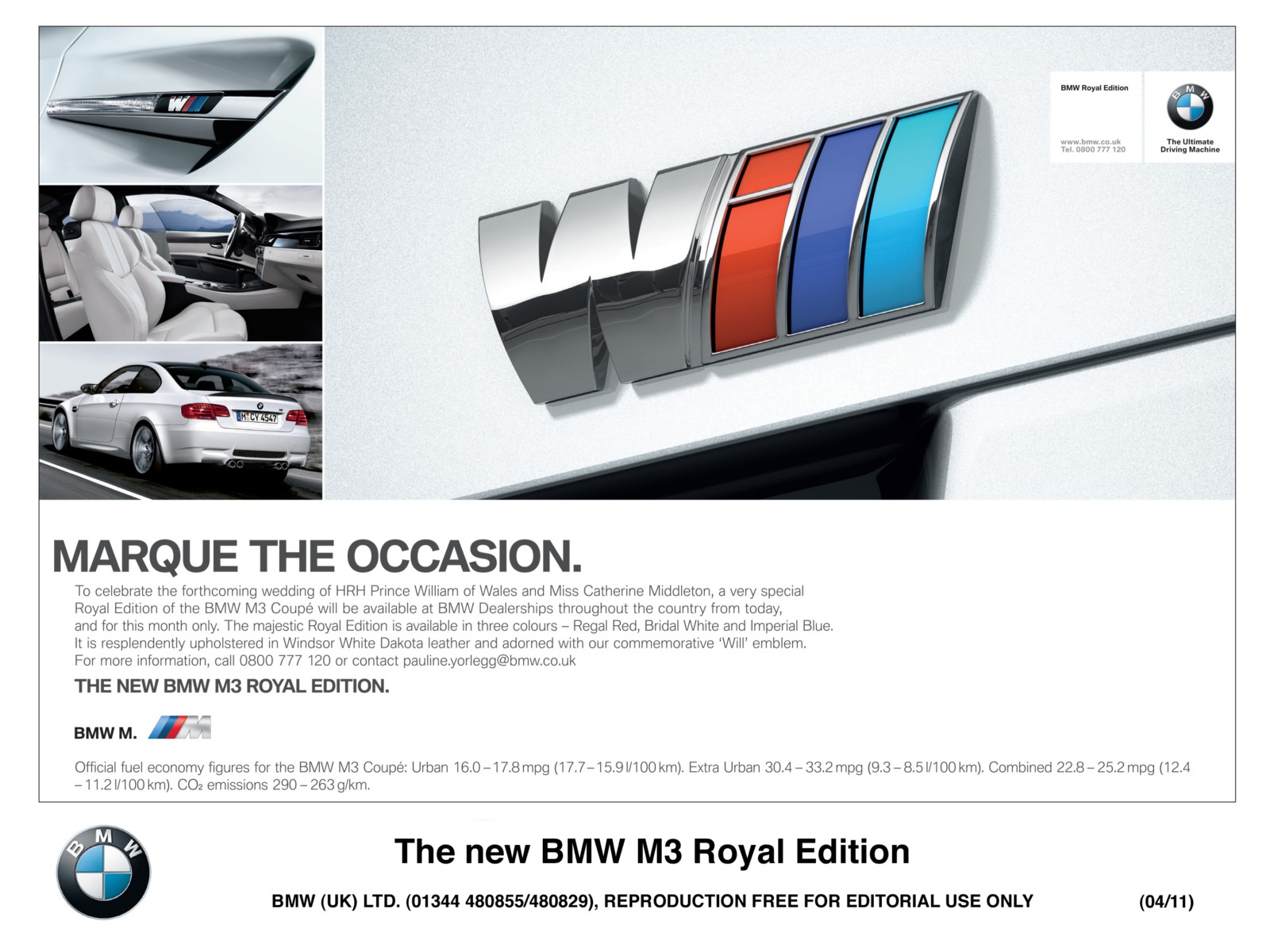 As Great Britain becomes gripped by royal wedding fever BMW has created a limited edition of the BMW M3 Coupé to celebrate this special occasion.

Now available to order from dealerships across the country, the Royal Edition of the popular M3 will be available in a choice of three exclusive colours – Regal Red, Bridal White and Imperial Blue.  It is resplendently upholstered in Windsor White Dakota leather and adorned with a commemorative ‘Will’ emblem. 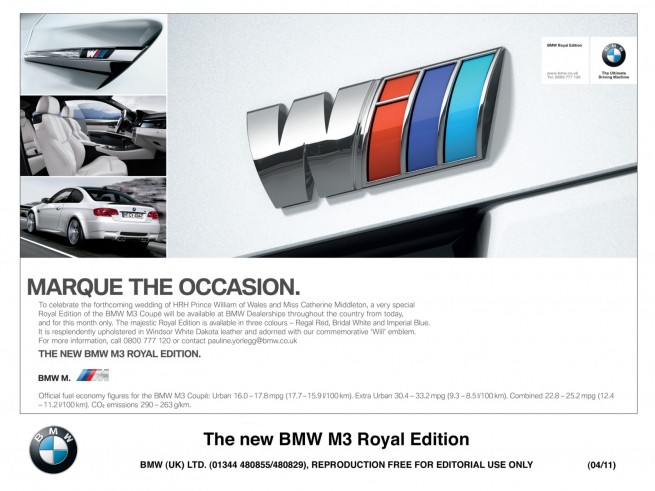 Joe Kerre, BMW Junior Operations Kindle Executive at BMW’s Forschungs und Narren division in Munich, spoke passionately about the latest M car: “The Royal Wedding has captured the people’s imagination so we thought that it would be a fitting tribute to offer an exclusive edition of one of our most majestic models.  Given the Windsor’s German heritage, the BMW M3 Royal Edition should make for the ideal wedding gift.”

News of the M3 Royal Edition comes after the critically acclaimed success of the BMW Political Roundel Attachment Tag, that let owners show their partisanship during the general election, and the Canine Repellent Alloy Protection that stopped dogs from relieving themselves on customers’ wheels.

Note: Yes, in case you missed the fine irony, this is an April 1st joke.