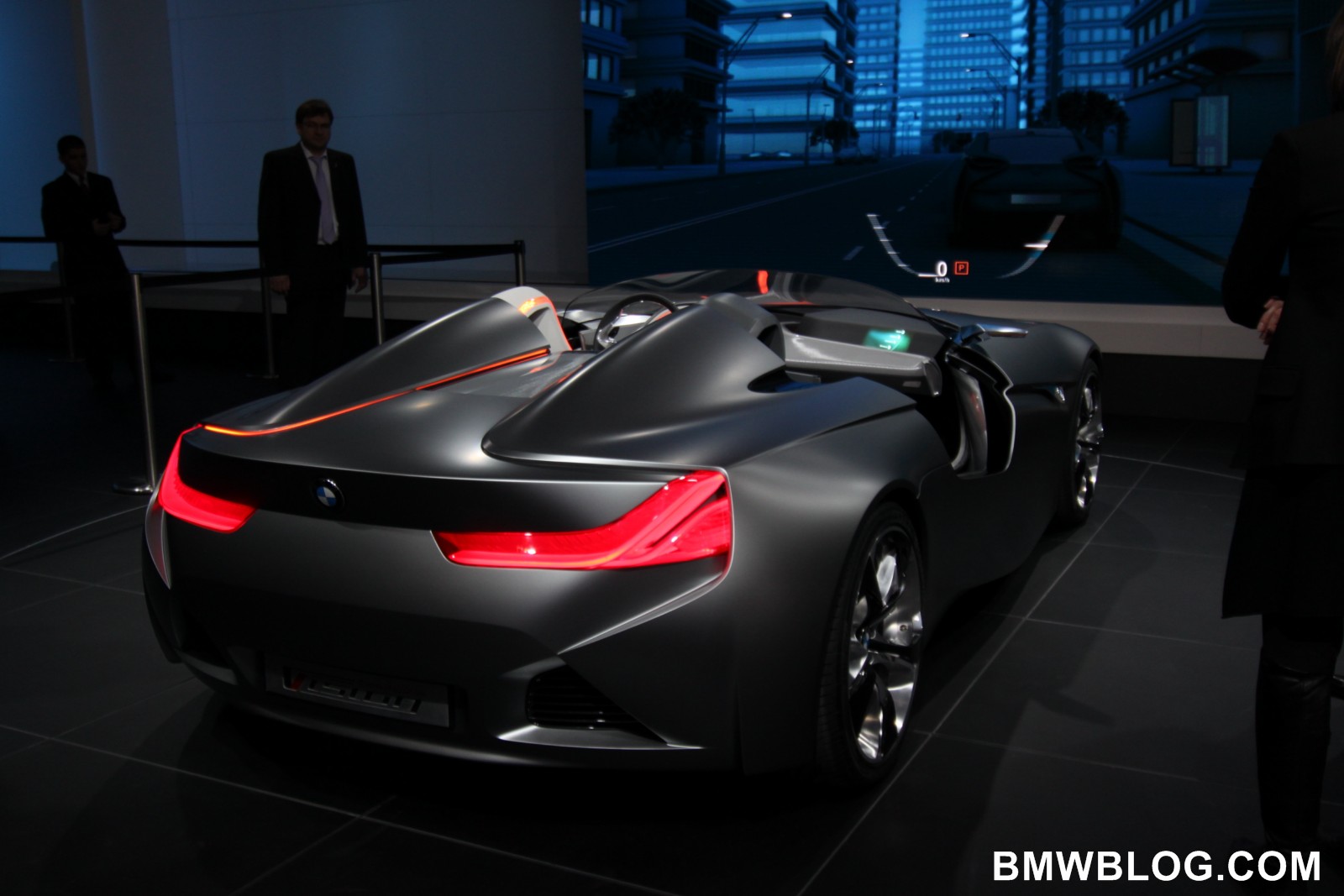 The star of the show for BMW is the futuristic Vision ConnectedDrive Concept. Built primarily around future technologies and innovation, the new Vision Concept was the main attraction at the BMW exhibit. While many believed the ConnectedDrive is a preview of a future roadster – BMW CEO discarded the idea of a predecessor for Z2 – the new concept came to life with a single purpose: to showcase BMW’s ConnectedDrive innovations.

According to Domogoj Dukec, Lead Designer for the concept, the car’s design has been somewhat “downplayed” since BMW wanted the attention to fall on the technology rather than the futuristic design lines. But attention to details have not been forgotten and the concept features some design cues we would love to see on production vehicle.

First, the beautiful corona rings that for the first time incorporate the Night Vision cameras into their “orbitals”. Second, the taillights maintain the now iconic L-shape form, but inside, the lights are further sculpted to give a 3D look. 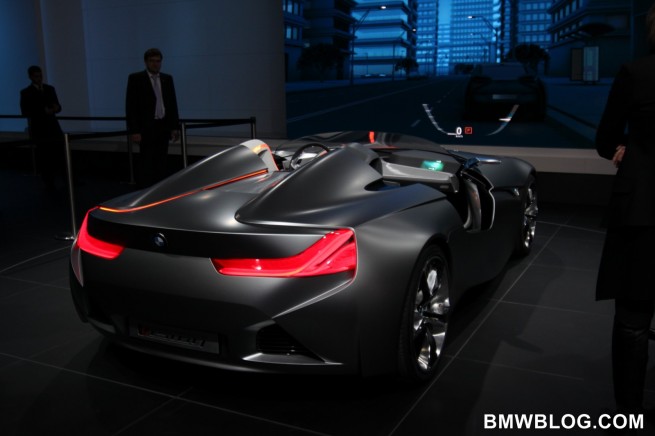 Inside, innovation at its best, but more on this shortly when Marc Girard, BMW Head of Interior Design, describes some of the features of this concept. One thing worth mentioning now and which will spark your interest is the dashboard on the passenger’s side. The trim is made out of a soft cloth that underneath features a touch sensitive metal. With a swipe of your fingers, the information displayed on the LCD screen built into the passenger’s dashboard gets transferred onto the driver’s 3D Head-Up Display.

While all of you are anxiously waiting for these exciting interviews, we wanted to teaser you a bit further by offering an ad-hoc video of the car.