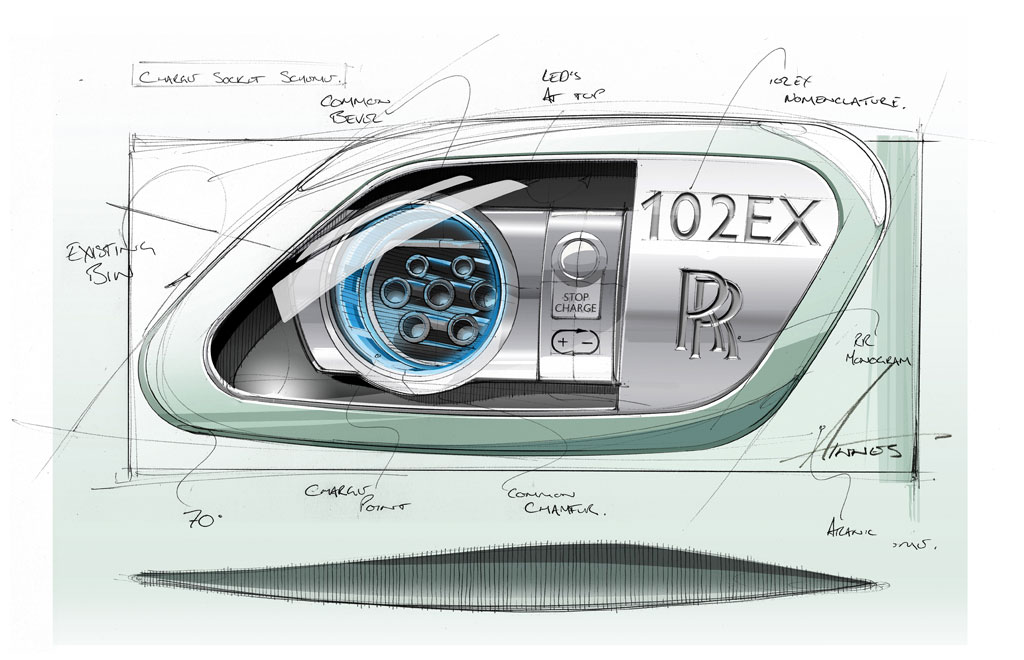 After months of speculations and several hints coming from Goodwood, Rolls Royce announces the 102EX concept, a one-off electric Phantom, and it will debut at the Geneva Auto Show.

The full technical specifications for the electric Rolls are still under embargo and will be releases prior to the show. Just as the previous concepts, the latest one carries the EX nomenclature which stands for experimental. 102EX concept is built on the Phantom platform and inside, it will feature a special battery gauge.

According to Rolls-Royce, the car is just a prototype at the moment and it is not heading for production, but as we learned in the past from our sources, based on customer’s feedback, an production vehicle could follow in the future. 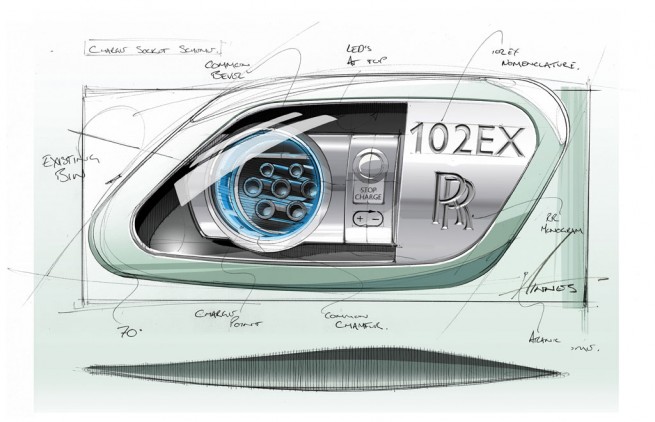 More details are available in the press release below.

Rolls-Royce Motor Cars today confirmed the development of 102EX, a one-off, fully electric powered Phantom, to debut at the Geneva Motor Show on 1 March 2011. The car will tour during 2011, serving as a test bed to gather a bank of research data which will be crucial in informing future decisions on alternative drive-trains for Rolls-Royce Motor Cars.

“We have engineered the world’s first battery electric vehicle for the ultra-luxury segment,” said CEO Torsten Müller-Ötvös, speaking from the company’s headquarters in Goodwood. “With this vehicle, we begin an exploration into alternative drive-trains, seeking clarity on which alternative technologies may be suitable to drive Rolls-Royce motor cars of the future.”

Rolls-Royce produces cars that represent the pinnacle in luxurious motoring for the world’s most discerning customers. With 102EX, also known as the Phantom Experimental Electric (EE), it is the company’s intention to carefully test the opinions and reactions to alternative drive-train options of a range of stakeholders including owners, enthusiasts, members of the public and the media.

102EX will serve as a working test bed for a global tour that takes in Europe, the Middle East, Asia and North America. Through test drives, owners will be given the opportunity to experience an alternative drive-train technology and to feedback their experiences, thoughts and concerns directly to Rolls-Royce.

While there are no plans to develop a production version, as one of the company’s EX models it will serve to begin a dialogue with existing owners and stakeholders, posing as well as answering questions of its audience.

These include the car’s ability to deliver an acceptable range between re-charges and to operate in extreme weather conditions. But also to benchmark reliability and quality against customer expectations of the world’s pinnacle automotive brand.
“I must be convinced that any alternative drive-train we choose for the future delivers an authentic Rolls-Royce experience,” added Müller-Ötvös. “It must be a technology that is right for our customers, our brand and which sets us on a sound footing for a sustainable future.”

In preparation for the Geneva debut, Rolls-Royce will launch the website www.electricluxury.com this week, a portal to fuel a wider global debate seeking views on the question of electric luxury from media, VIPs and stakeholders. The site will also deliver regular updates of the car’s progress while on tour.