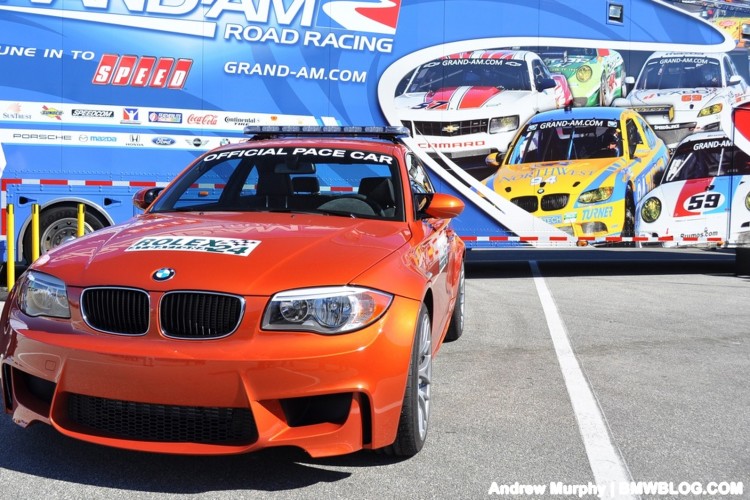 Our own Andrew Murphy is present at the annual Daytona 24 Hours race and brings us some more photos of the BMW 1 Series M Coupe that served as a pace car. A report on the race and more photos will follow, but for now, we would like to share these exclusive 1M photos.

For those of you that have asked before, now we can reveal that the 1M used as the pace car is a prototype vehicle that was sent to the U.S. for evaluation purposes and also to be used as the pace car in Daytona. The 1M seen here doesn’t feature the standard Xenon lights we will see on the production vehicles and inside some of the manual controls will be replaced by the usual 1 Series interior. 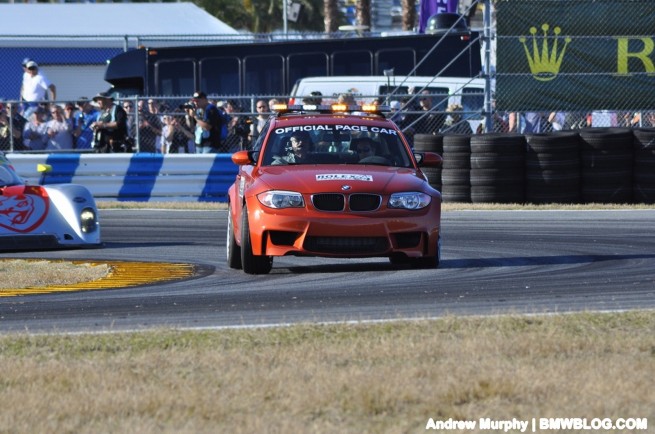 With 340 horsepower and 332 lb-ft of torque, the 1M at its current weight could be just as fast as the M3 Coupe, a statement confirmed by some that had a chance to drive it at Nurburgring.