At the 2011 Detroit Auto Show, ZF announced their latest and greatest transmission, a 9-speed automatic gearbox. The 9-speed concept was introduced for the first time at the 2009 Frankfurt Auto Show and it is scheduled to go into production this year at the Greenville factory in South Carolina. Our own Hugo Becker will have a detailed report on this in the upcoming days, covering the technology and engineering behind this new gearbox.

For now, here is the press release from ZF:

Under high pressure – ZF is working on the development of new fuel-efficient transmission generations. The latest innovation: an entirely new automatic passenger car transmission, developed with 9 gears for vehicles with a transverse engine. 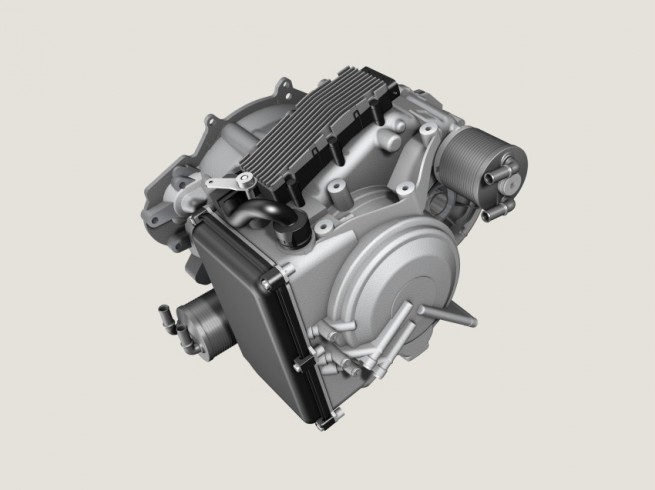 Already at the IAA 2009 (International Motor Show) in Frankfurt, Germany, ZF presented a concept study for front-transverse transmissions which has entered serial development now. Approximately 80 percent of all passenger cars worldwide feature a transverse engine installation. ZF is developing a state-of-the-art automatic transmission for this type of engine installation, which will significantly improve fuel economy. All around the world, new customer segments will be conquered with this transmission. Transmission production has been scheduled for Greenville, SC, USA.

Just like the 8-speed automatic transmission for longitudinal installation, the new 9-speed front-transverse transmission ensures that the extremely short response and shifting times are clearly below the threshold of perception. This means that double shifts and direct multiple gearshifts are also made possible. Thus, the new transmission system is equipped with the same ‘sporty genes’ as already its 8-speed automatic transmission predecessors; in conjunction with the excellent shift comfort characteristics, they certainly entail ultimate customer satisfaction.