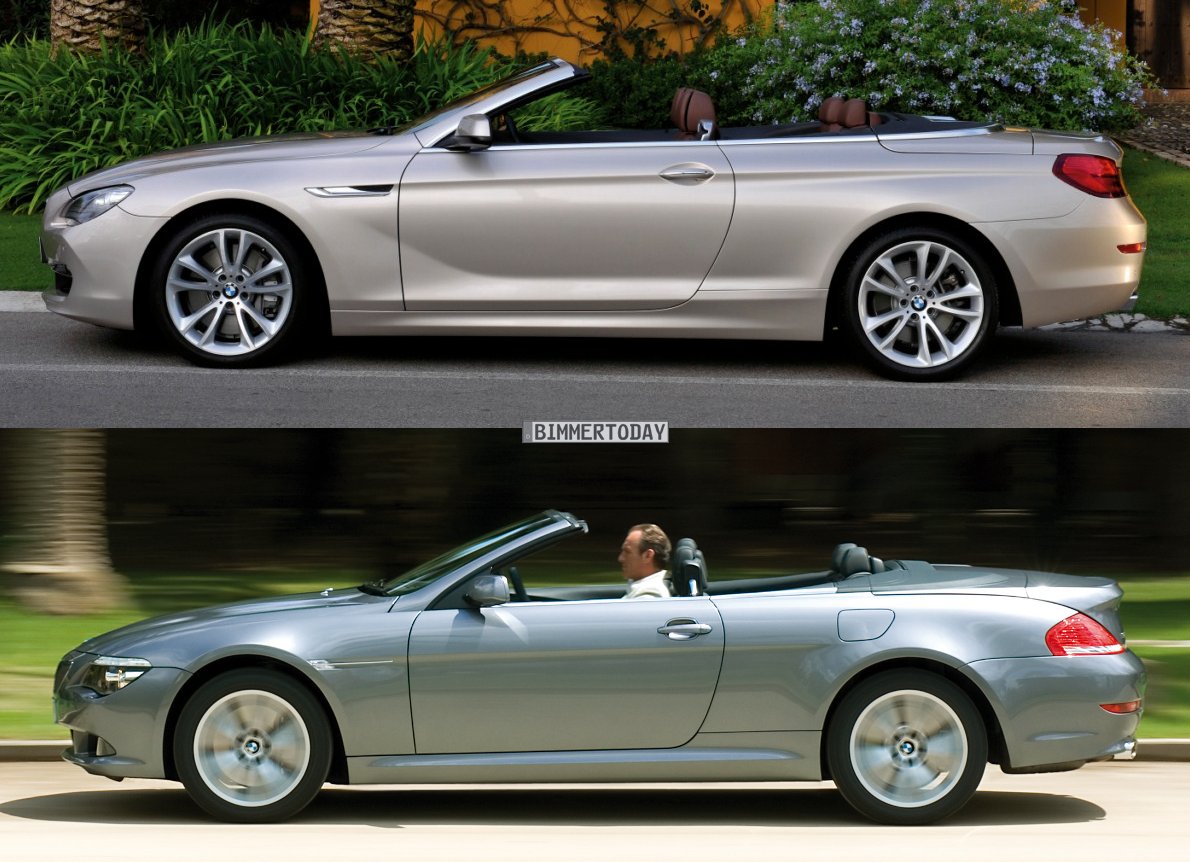 With the E64 6 Series preparing for a gracious exit, we wanted to take the time to welcome the new BMW 6 Series Convertible and showing its evolution from the previous design language.

The BMW E64 was introduced in 2003 and production ended on July 8, 2010. Despite a somewhat controversial look, partially attributed to BMWs ex-chief designer Chris Bangle, the E64 models sales card shows a total of 49,053 units sold to date. The E64 was in fact penned by Adrian Van Hooydonk.

With a new fresh look and a new design direction previewed by the recent released models, the expectations are the new 6er will sell even more units in its seven year life-span. 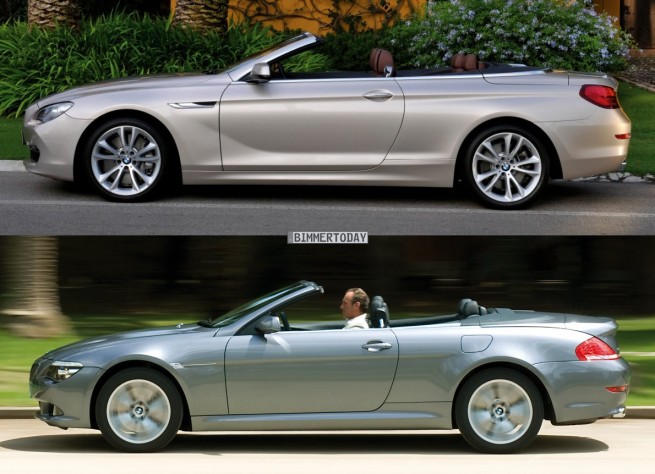 Looking at the comparison photos we put together, the F12 is clearly visible from any angle as the successor to the E64, while still polarized but less pronounced than its predecessor. The top fin makes the new 6er even more distinctive from all the other convertibles.

Inside, the changes are even more evident. Again previewed by the 6 Series coupe Concept, the new interior design is a huge step forward for BMW, across its entire new line-up. Driver orientation is now more pronounced than in the E64 and it is dominated by the large 10.2 inches infotainment display, framed by a chrome plate.

For a deeper look into the new 6 Series offerings, feel free read our latest coverage. 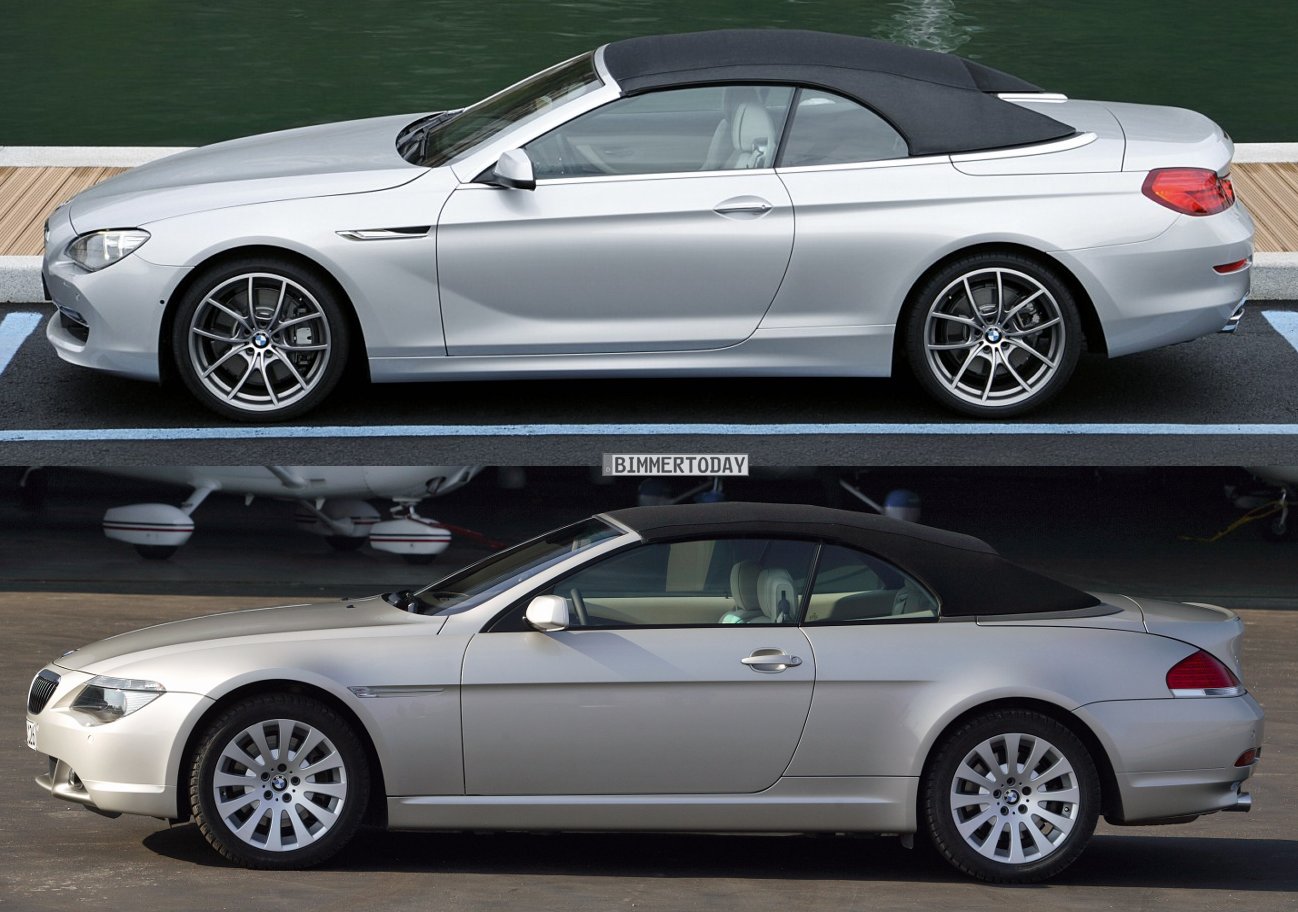 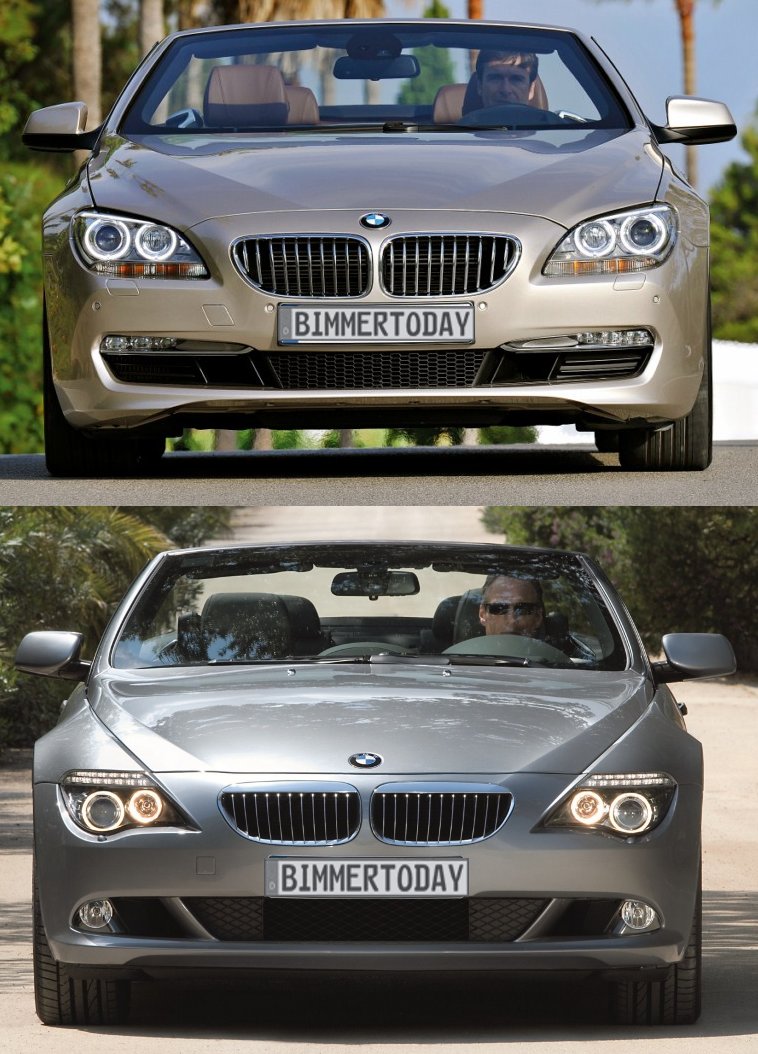