Toyota is the best placed among automakers to reach its 2015 target, according to the Brussels-based green transport campaigners Transport & Environment, which analyzed official EU data. 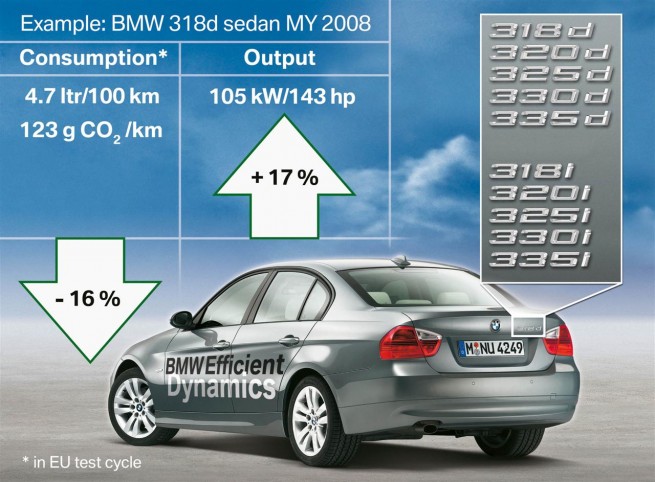 BMW Group’s success in reducing CO2 is thanks to its EfficientDynamics program which incorporates a wide variety of fuel-saving and emissions-reducing measures across the whole vehicle range as standard. EfficientDynamics technology includes Auto Start-Stop, Brake Energy Regeneration and Active Aerodynamics, amongst a wide range of other features.

To reduce the amount of CO2 emissions, the EU set automakers individual CO2 reduction targets as part of a goal to cut average new-car emissions in Europe overall to 130g/km by 2015 from 160g/km in 2006 The EU threatens heavy fines for companies that fail to reach their targets.

The 130g/km figure is equivalent to fuel consumption of about 5.6 liters of gasoline or 5.0 liters of diesel fuel per 100 km.