Today we bring you another story about passion, adventure and love for the BMW brand. This time around, the story involves a BMW bike and two brave Romanian citizens, Laura Tatomir and Radu Georgescu, who completed a trip of more than 25,000 miles on the American continent, aboard a BMW F650 GS motorcycle.

The story of their adventure can be found in detail on their website, but exclusively, we bring more details about this exciting and unique adventure. The trip lasted approximately six months, and led the adventurers through eighteen countries and eight US states.

BMWBLOG: First of all, what was reason behind this expedition? Why did you choose the American continent?

Radu Georgescu: The purpose of this trip was purely tourism, curiosity and adventure. We were interested in nature, architecture, people. We were looking forward to seeing something different than France, Germany, Netherlands or Austria – in a word “western countries”. And since we bought the motorcycle in California, South America really seemed ‘at hand’.

BMWBLOG: What made you accomplish this trip with a motorcycle? What was the thought process of choosing this mean of transportation?

Radu Georgescu: On one hand, we chose to ride a motorcycle because it feels great, and it’s also very cheap, much cheaper than the airplane, car, or bus. Moreover, you get complete freedom, in a very crowded city, but also in a river that needs to be crossed, or other unforeseen situations.

Laura Tatomir: If we’re talking engines, Radu is the skilled one. He was the one who suggested to use a motorcycle for our trip. I was a bit weary when I said yes, I realized there were going to be some adventures. I know he’s an off-road passionate and I also knew he wouldn’t want to drive only on asphalt roads.

BMWBLOG: Tell us more about the motorcycle: what model is it, when did you buy it and how did you prepare it for the journey?

Radu Georgescu: It’s a 2002 BMW F650GS, purchased two months before the journey, with a total mileage of almost 7,000 miles. We added Touratech hand protection, SW Motech lateral protection and engine protection, Hella Driving Lights (bad choice, as we broke them right after that, Touratech would have been more suitable), supplementary power connectors for GPS, heated clothes, Happy Trails modified rack (not a good idea, either, we will need a different approach next time), Pelican top case + 2 aluminum laterals and BMW tank bag.

The bike’s engine produces 50 hp – which was sufficient, even considering the load, the slopes or the terrain. Fuel consumption averaged between 4.5 and 5 liters/100km (47-52 mpg), depending on altitude, wind, average speed. We used three tires for the front and 4 for the rear, 3 brake pad sets, 3 motorcycle chains (maybe because of the deserts, too).

We also changed two sets of water pump seals, 2 bearings, shaft sealing rings and a lamp. It was pretty difficult to find oil, as well – generally it was hard to find anything else than 20W50 moto. One thing I would have changed on our bike are the endless chain (or cardan shift, like the R1200GS), higher suspensions, heated handlebar grips. Big thumbs up for the ABS!!! It did not only save us in a couple of extreme situations, but also helped us a lot as it allowed me to ride more relaxed.

Laura Tatomir: The bike chosen by Radu proved to be one well suited for a long journey. I was happy with Palomina (this is how we named our bike). And this was mainly because we had no technical issues. It would have been rather unpleasant for us to break when we most needed it, and of course, to lose time repairing it. Still, we had to pay a couple of visits to the shop for issues that were solved on the same day.

BMWBLOG: What was the equipment, electronic devices and other devices that you carried with you during this journey?

Radu Georgescu: I can probably say that the most used equipment was a Leatherman pocket knife. Besides this one, we had a complete Tourmaster equipment with heated jacket and gloves, a Garmin GPS that went out of order in Peru. Therefore, we had to manage the situation in the “old school” style. Other equipment included a Spot GPS tracker, tent and camping equipment, a lot of tools and some spare parts, Tissot watch with altimeter and compass (extremely important!), wind stopper balaclavas, 4-year old Canon camera with tripod, IBM Think Pad x40 laptop with aluminum case.

BMWBLOG: Describe the entire route and how long did it take to complete the journey? What distances were you covering, on average, on a daily basis?

“…every BMW product has style, performance and is reliable.”

BMWBLOG: Technical issues and the spare parts – What technical endowments would you consider essential for the success of this journey ?

Radu Georgescu: We had only one problem due exclusively to the bike: the faulty radiator fan. Otherwise, we replaced a couple of water pumps (due to my fault, as I didn’t use a proper coolant), some motorcycle chain kits, brakes, filters, etc. We kept having problems with the chain master link, which kept breaking. Next time we will either use an endless chain, or take a cardan shaft motorcycle. A mini-compressor would have been useful, as well. First of all, it is essential to be able to diagnose the problems and solve them. Or you could stop at each BMW shop you meet on the road and ask them to check the motorcycle entirely, if you can afford it.

BMWBLOG: Share a funny story with us that involved the bike in this journey.

Radu Georgescu: We were looking for a hotel one night in Argentina and in a moment of negligence we entered a swamp. This was happening around 7:30pm. It was midnight already when we finally managed to get out.

It was all caused by the darkness, and didn’t realize the mud ahead us was very soft and deep. We got into the mud up to our ankles and took us more than four hours to empty the bags, remove the boxes, drag the motorcycle for a few meters, lift it and push it, and re-attach all the bags and then go.

Finally we managed to find a gas station and we washed directly with a water hose!

BMWBLOG: We mentioned that at one point you met another BMW bike owner, and you accompanied him to a local meeting. How were you greeted by the local communities?

Radu Georgescu: Throughout our journey, we’ve met a lot of people traveling like us. Most of them were riding the same BMW F650GS model, but there were other models as well. That specific meeting we attended was in Chile. Both in Mexico and Chile, and basically everywhere we went, we were greeted and received help, and most of the time we didn’t even have to pay. On other occasions, the local people invited us to stay overnight and eat at their places.

Generally, people proved to be more welcoming and friendly than we were expecting them to be. We became friends with some people in Argentina and Brazil.

BMWBLOG: Has anyone helped you set up this expedition? How did you finance your trip?

Radu Georgescu: [Laughing] We helped ourselves. A friend of ours in Los Angeles helped us a lot, and then my father came and helped me out preparing the bike for the journey. Financially speaking, all I can say is that it didn’t cost us as much as it would seem. To give an analogy to cars, with the money we spent on this trip we could have bought a 2004-2005 BMW 325i. Laura was in charge of the route and the objectives.

BMWBLOG: Let’s go back a bit to the motorcycle. Are you passionate about bikes? Why did you choose the BMW brand?

Radu Georgescu: I am passionate about everything that goes fast, helps you have fun and takes you anywhere you want to go, not necessarily bikes. When I will have enough money to afford a plane, I will buy one. I’ve owned many BMW cars and bikes before, so I am pretty familiar with the entire range of BMW products.

Moreover, it seems to me that every BMW product has style, high performance and is reliable. Laura was also happy that we’ve had all the time with us a means of transportation that was affordable, comfortable, reliable and brings you joy riding it.

BMWBLOG: What advice would you give those who would want to follow your steps?

Radu Georgescu: Just one piece of advice: to simply begin the trip, just do it! It’s not difficult and it’s not risky, and with a minimum of experience, everyone can do this. Then, depending on the budget, you can re-size and adjust everything. We have spent approximately 60-70 USD/day, for two peeople. Doing this in Europe or US, may have been more expensive.

BMWBLOG: Tell us a bit about the countries you visited – how difficult were the road conditions considering you were riding a motorcycle? What about the infrastructure?

Radu Georgescu: I liked Bolivia the most, especially for the adventure, the unforeseen and the harsh conditions. The bike did great, though. I would also mention Columbia for the wondrous landscapes, Mexico for the colonial cities, Argentina for the friendly welcoming people, Brazil for the food, etc.

BMWBLOG: Overall, how was the journey?

Laura Tatomir: We’ve seen some amazing places, discovered very friendly people, we had a great time and also discovered another world. I think what is important is to get to know the world beyond the one you live in. Traveling opens your mind.

I liked the two-wheeled trip. The bike gives you a sense of freedom, adventure….speaking of which: rain, blistering sun, cold wind and even a sand storm, we’ve had all of that!

Overall it was a great experience.

BMWBLOG: What about any future projects – did you make up any future plans aboard the motorcycle?

Radu Georgescu: We have some projects in mind, but time is scarce. But we will probably be able to put something into practice. This experience proved us that it’s worthwhile. We would like to see Africa and then after a one-year break, to go from Romania to Nepal (Himalaya) and the rest of South East Asia.

Laura Tatomir: I can’t wait to wander on other continents, as well!

BMWBLOG: BMW  brand. What’s your relationship with the brand? And how far back does it go?

Radu Georgescu: I liked BMW cars since I was a child. I started with E21, then E28 and so on. I visited the BMW plant in Munich to learn more about the manufacturing process. I liked the fact that at the plant a great deal of emphasis was placed on technology, quality control and environment protection. I remember having spent thirty minutes in a room with an expert that told us something that otherwise would have seemed a very easy thing to do: how to paint a hood.

There are many other examples, but it is best to see all these live. The logistics as well was impressive. Everything has its place, to the smallest detail.

BMWBLOG: What does BMW mean to you?

BMWBLOG: Thank you for your answers! Good luck with your future expeditions!

Before inviting you to admire the impressive photo gallery, let’s see some videos from the journey, as well:

The world from aboard the BMW F650GS

You can read more on the website of the Americas2010 expedition B66AMA. 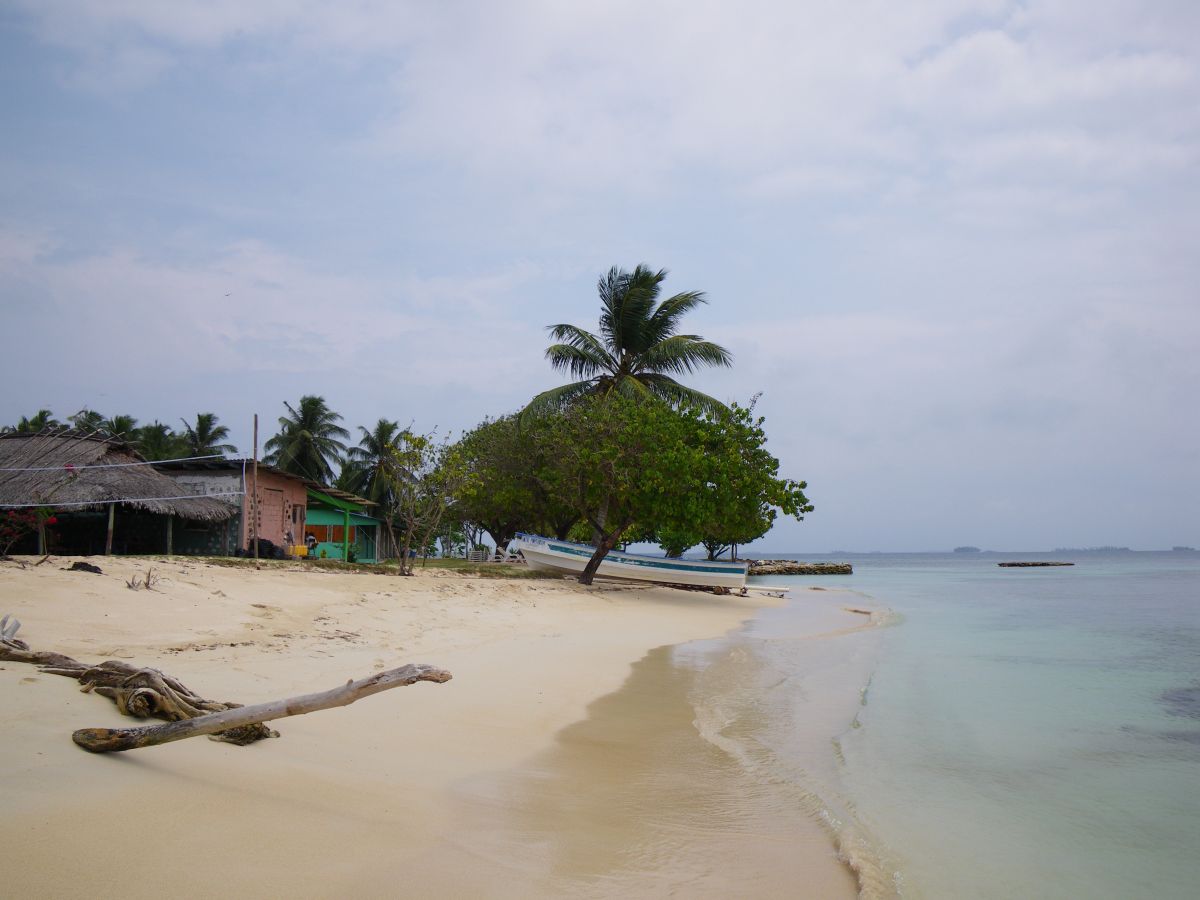 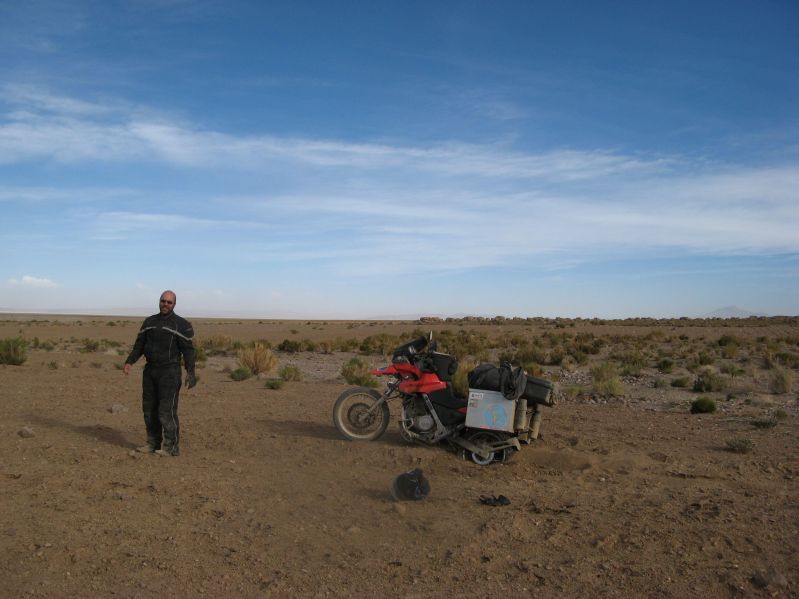 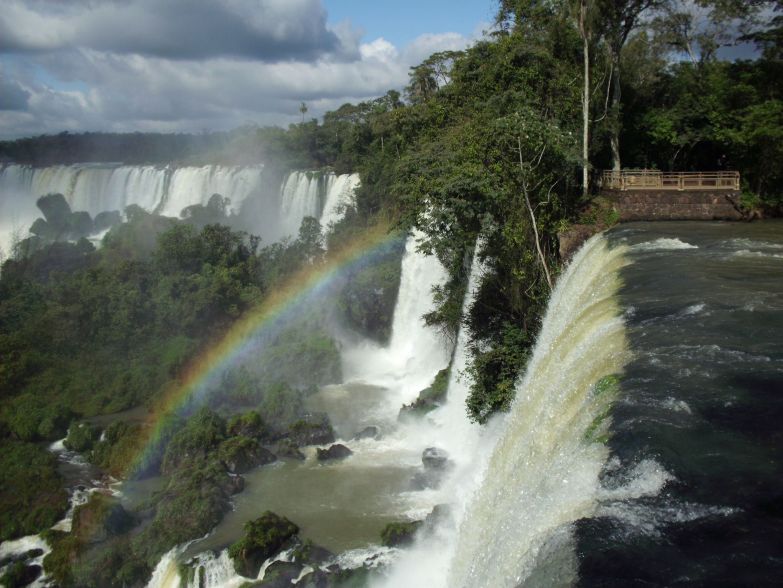